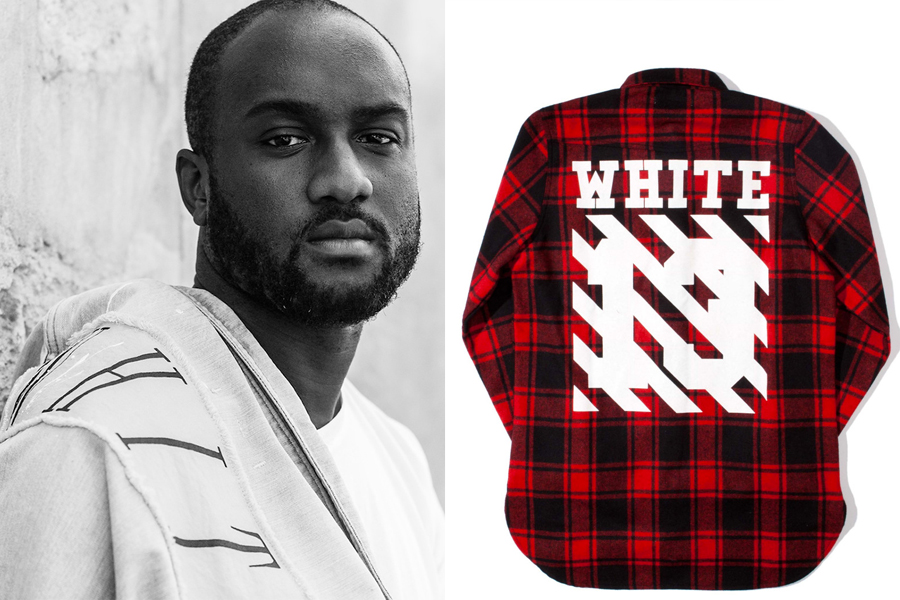 The brand OFF-White has not only made an impression on the cool kids, luxury retail buyers and artists, some major fashion bigwigs have taken notice of OFF White’s Creative Director Virgil Abloh’s talents and the brand’s rising star. Though OFF-White is Milan based, Abloh the only U.S designer along with 7 others that made it to the finals of this year’s LVMH Prize!!
The 8 finalists are: Coperni, Faustine Steinmetz, Craig Green, Marques’Almeida, Vetements, Arthur Arbesser, OFF-White ℅ Virgil Abloh and Jacquemus.

The winner of the LVMH prize, announced  in May 2015, will receive $324, 615 (€300,000) as well as personalized technical and financial support from the Group for a 12-month period following the LVMH Prize award. This support covers all the areas of expertise that are critical to a young fashion brand (intellectual property, sourcing, production and distribution, image and advertising, marketing, etc.).

If you didn’t know Abloh, The Ghanaian-Chicagoan was trained as an architect, went to school at University of Wisconsin, is part owner of RSVP Gallery in Bucktown, Kanye West’ Creative Director whose designs have been influenced by another famous Chicago architect, Mies van der Rohe.

The LVMH prize, launched in November 2013, was created to reveal and support young fashion designers. The LVMH Prize recognizes a young designer and three graduates from fashion schools.  Congrats to him and regardless of whoever is picked as winner, it’s great for such a young brand to be put on a global stage.

Hotness In The News Thursday March 19

Virgil Abloh Ordered To Rest, Designer To Work From Chicago Next Three Months