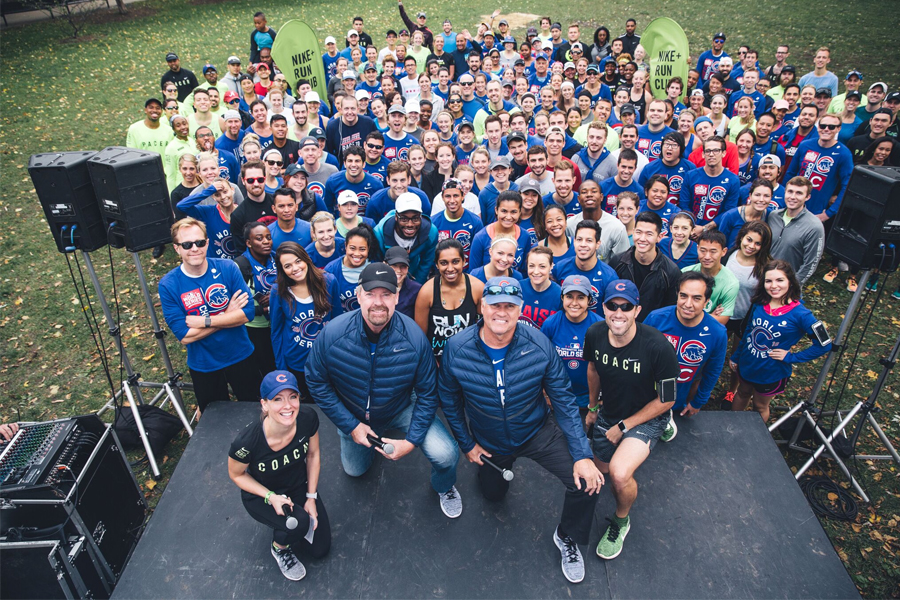 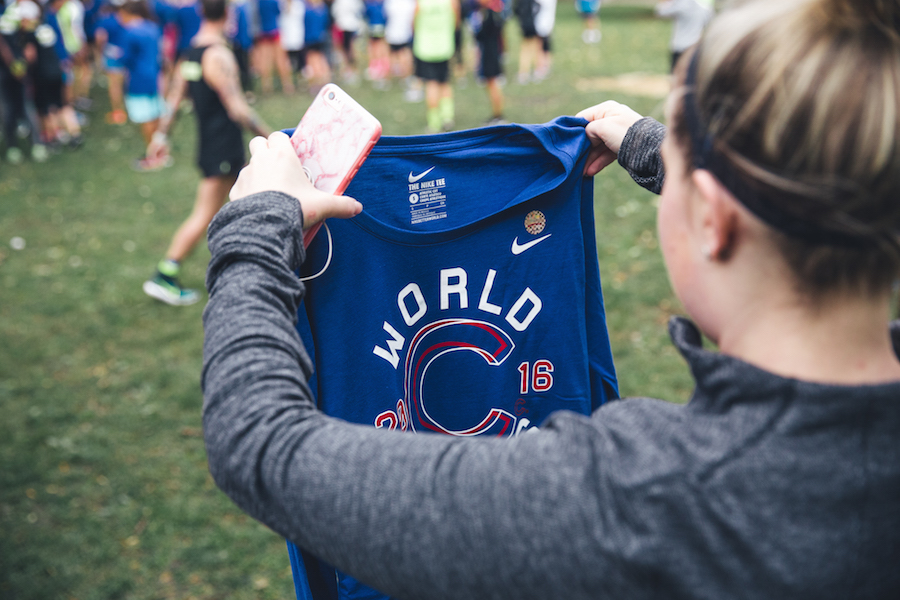 When you have a new product launch in the middle of a city overcome by Cubs World Series fever, the only thing to do is throw a party and invite a Cubs legend or two. Saturday (10/29), NRC Chicago hosted a fun run to celebrate our Chicago Cubs in the World Series and the launch of the all new Apple Watch Nike+. 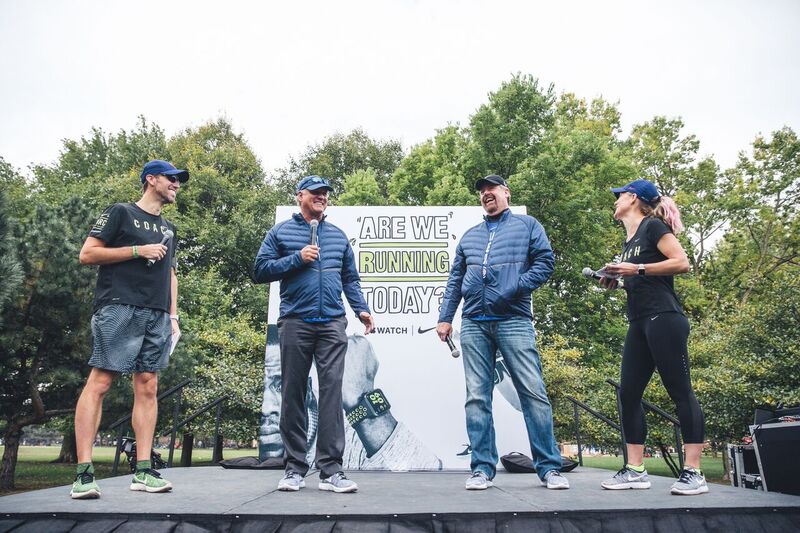 First the celebration. Nike Chicago’s Running Club (NRC), for their Saturday run meetup decided to make it a party because its not every year the Cubs get to play in the World Series.  With the weekend already lined up for World series play between the Cubs and Indians in Chicago’s Wrigley Field, the 2.5 miles run was just part of the fun that culminated in a celebration at Lincoln Hall. Runners, seasoned, new and all in between gathered at Oz Park in Lincoln Park bright an early donning complimentary Cubs shirts, for some motivational words from Cubs legend Ryne Sandberg and Rick Sutcliffe with his adowable grandson Ryder, Nike+ Chicago coaches Robyn LaLonde and Chris Wehrman as well as Nike EKIN Katie to talk about the Apple Watch Nike+,  then it was time to run. 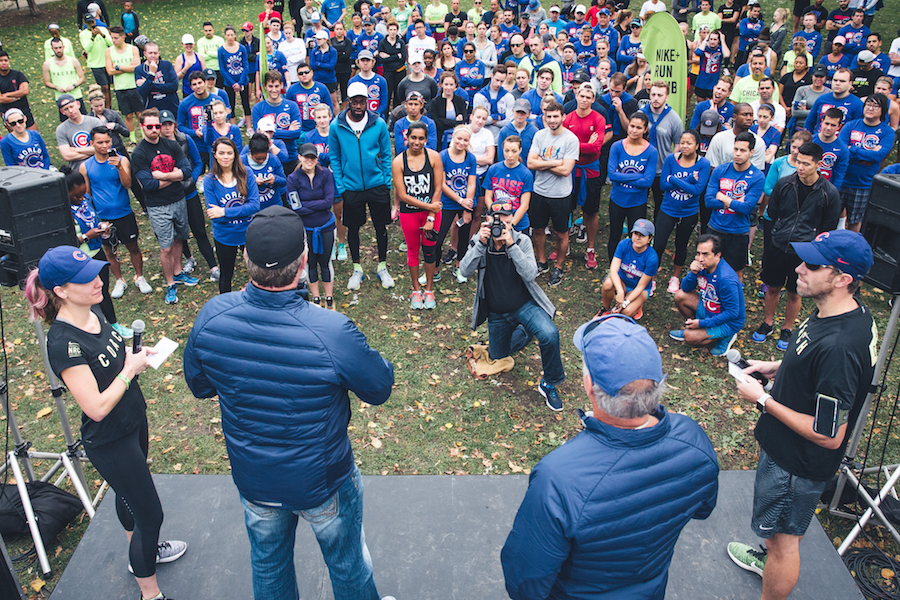 We looped through parts of Lincoln park, through the zoo and at certain stops along the route we were entertained by members of a marching band, a musical chorus and as we approached Lincoln Hall, there was a crowd cheering on. 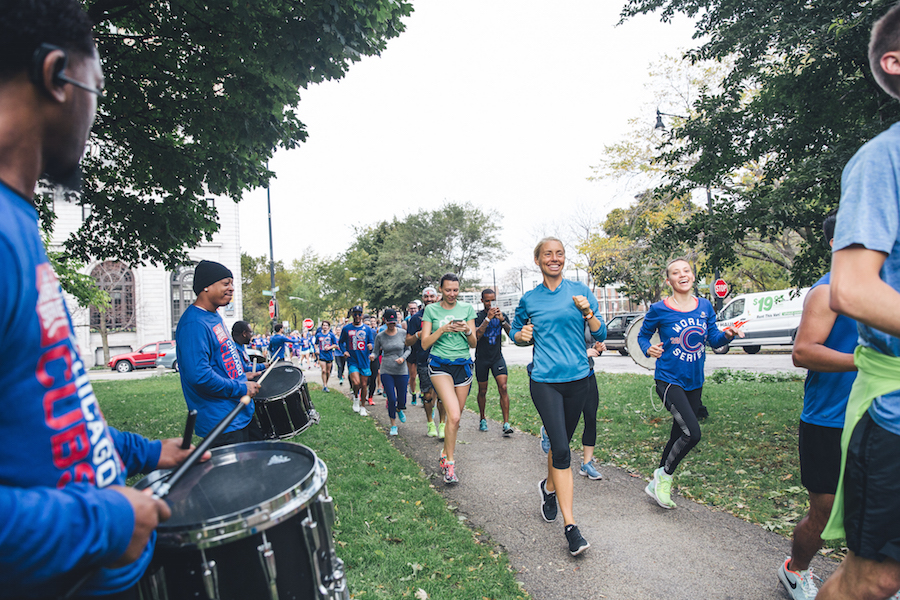 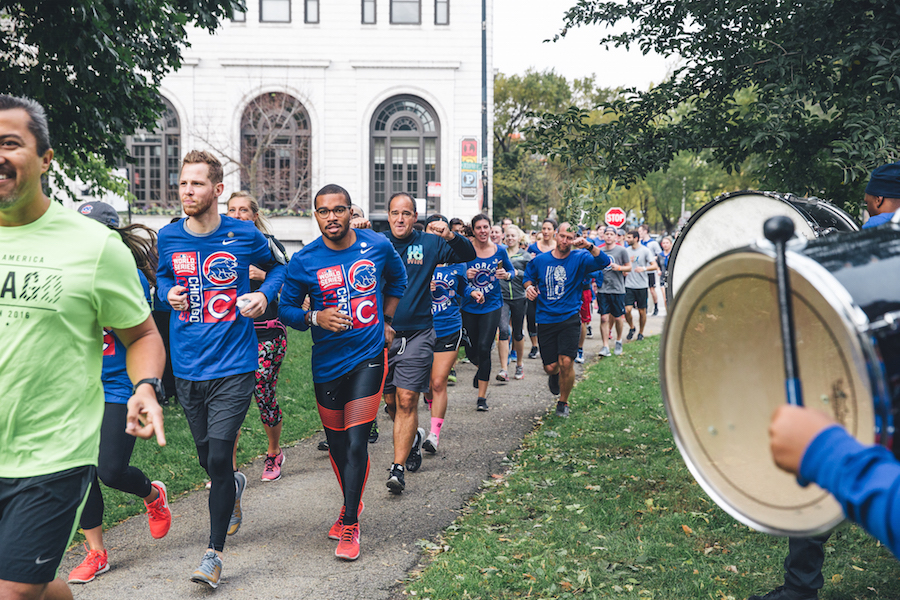 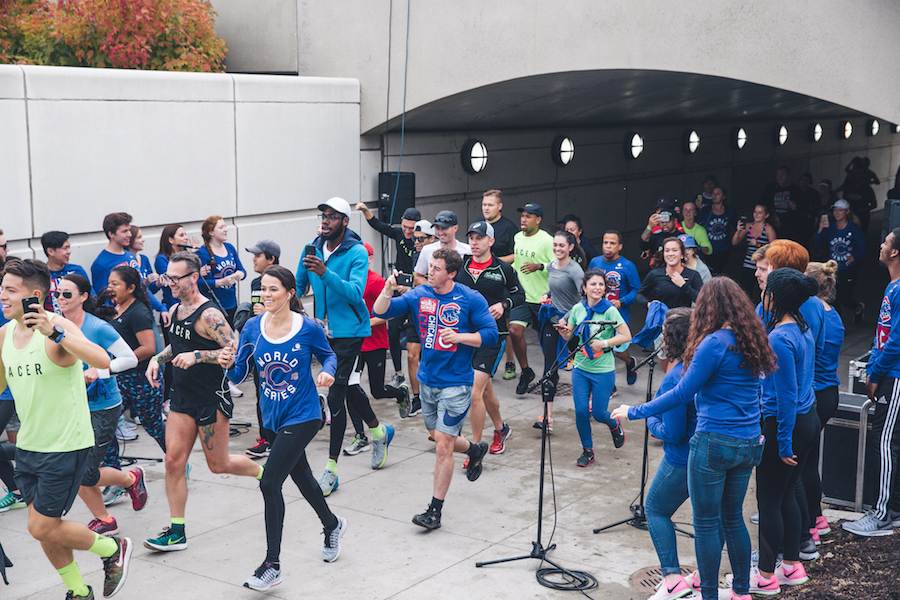 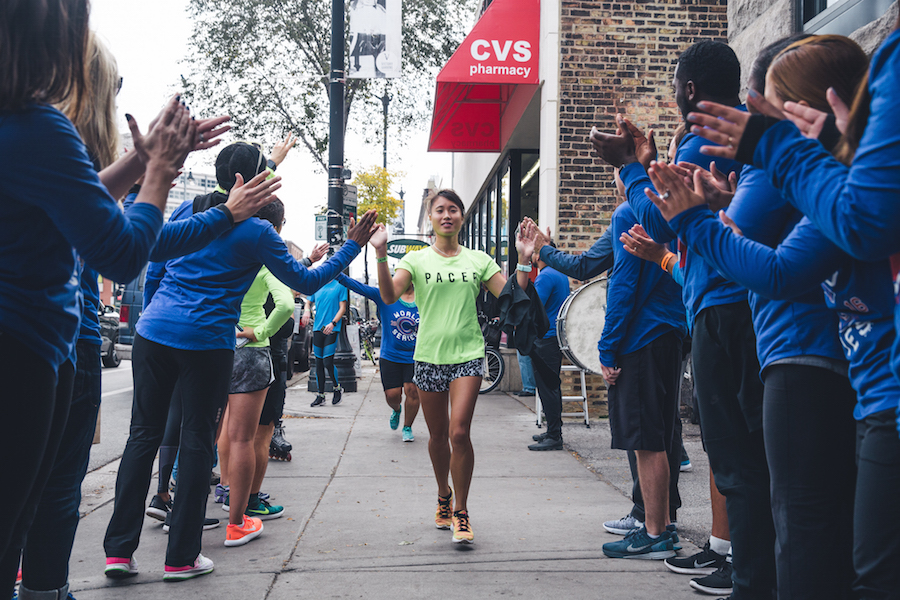 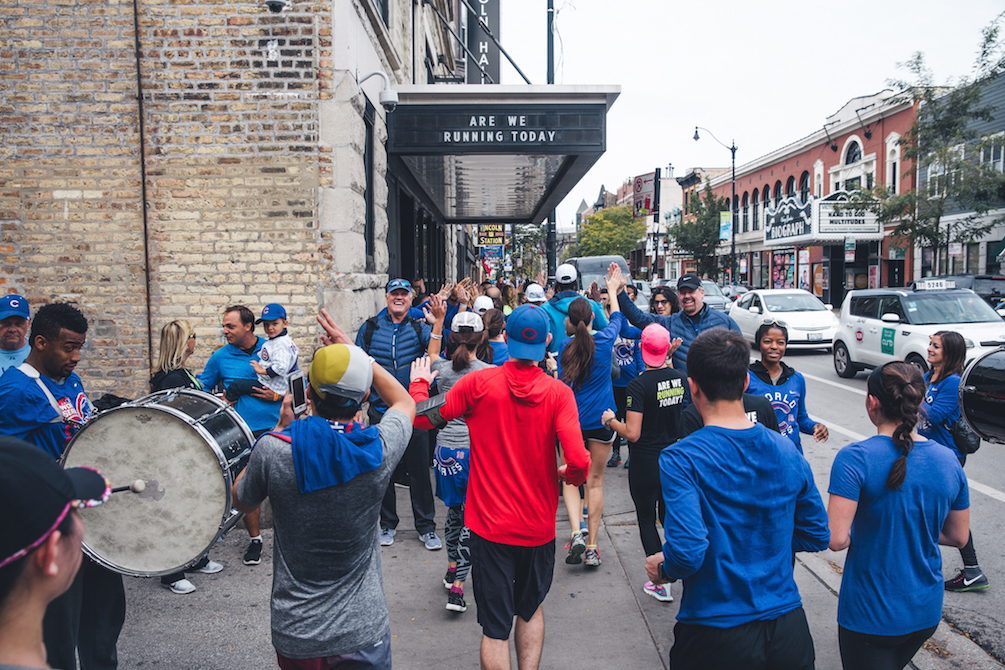 All of the athletes, some of us mildly out of breathe than others, filed into Lincoln Hall (if you follow us on snapchat you’d see stories like this and more) for post run treats. The band Motts played, athletes were treated to libations (buh bye calories burned) and healthy breakfast. Oh did you know that all NRC events are free and open to all levels of fitness? Now you do. 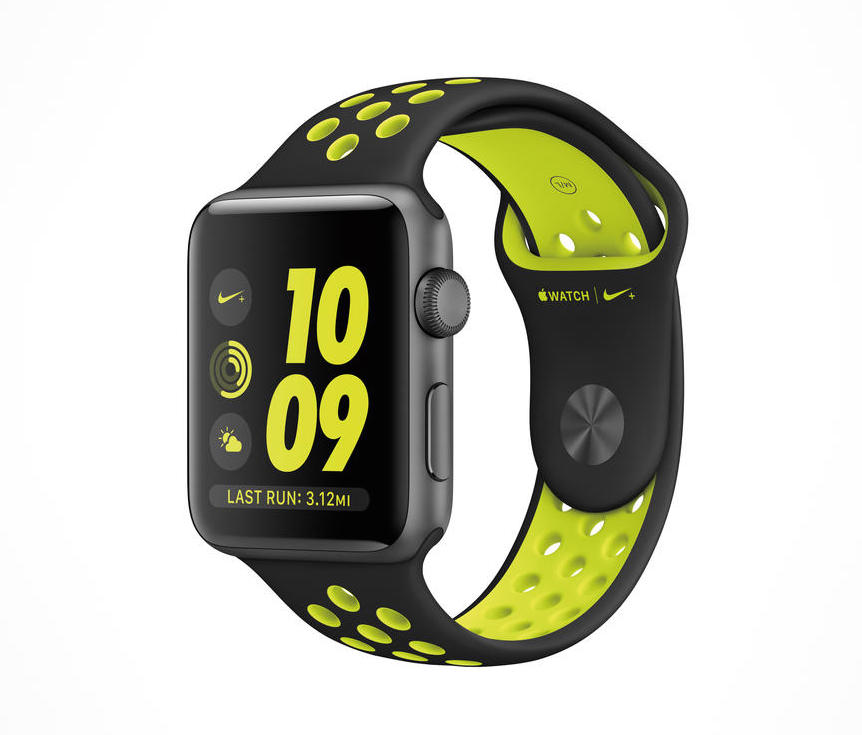 Now to the Apple Watch Nike+ and why its the best thing a newbie or seasoned runner can have (besides good running shoes). Before getting into it, I should probably let you know that through several parts of my adult life I’ve either been a very diligent, active runner (HS, college, several 5ks-10ks, max 8miles) or a very committed couch potatoe/eater. Right now I am back in the active phase, thanks to a gym membership fee reality check and not wanting to buy higher sized clothings #thestruggleisreal.

Since I can remember, when not being coached, my running schedule usually went something like this: before getting an iPhone, it was mapping out my run via geodistance then making sure to remember my routes, then the iPhone helped some though each time you stopped at a light, you had to manually press pause on your timing device but this Nike+ apple watch?!?!?. The Apple Watch Nike+ officially released on Friday Oct. 29 and at first glance you might think, meh so what it comes in a rectangle matte black box, but once unwrapped and setup you will want to say yes when it prompts you “Are we running today?” 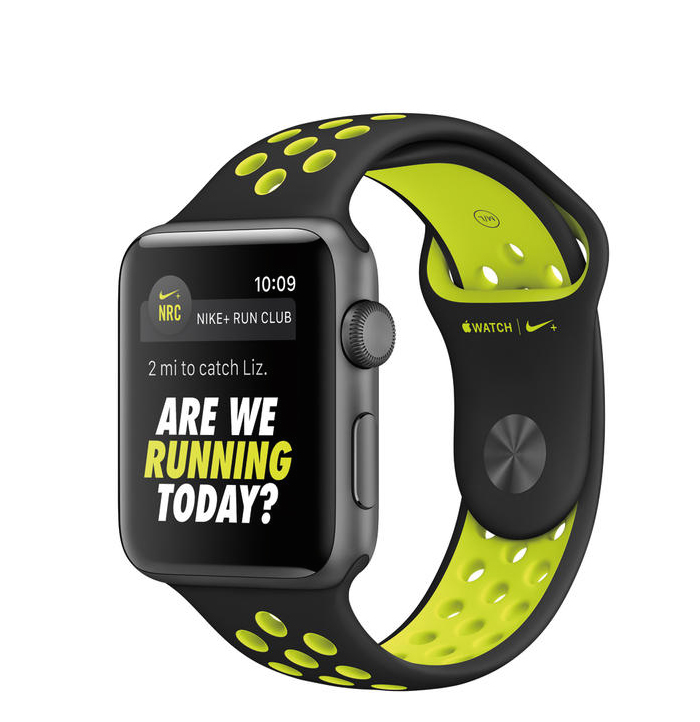 “We know runners – and we know many are looking for a device that gives them an easy, fun way to start running…The market is full of complex, hard-to-read devices that focus on your data. This focuses on your life. It’s a powerful device with a simple solution – your perfect running partner.”
– Trevor Edwards, president of the Nike Brand 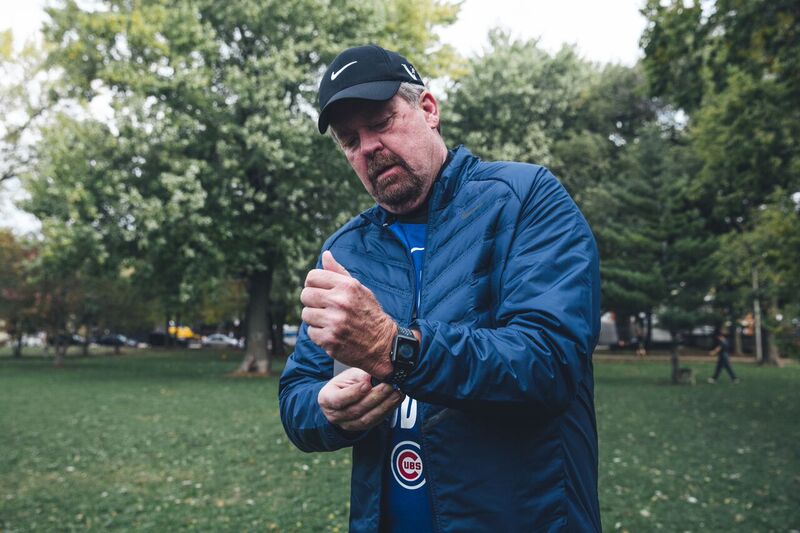 If you are not too concerned about what route or miles you run, strap the watch on (you should be wearing it daily anyways), lace up your shoes and head out. With the press of the swoosh+ button you can start a run, akin to the quick start button on the stair master. Your pace and distance ran is right there on your wrist, so when you think you’ve gone 2 miles and look down and it just might say .75mi completed. If you tend to run around the city especially in streets with heavy traffic light presence, it automatically pauses when you stop and resumes when you start back again, a feature that you can also manually control. 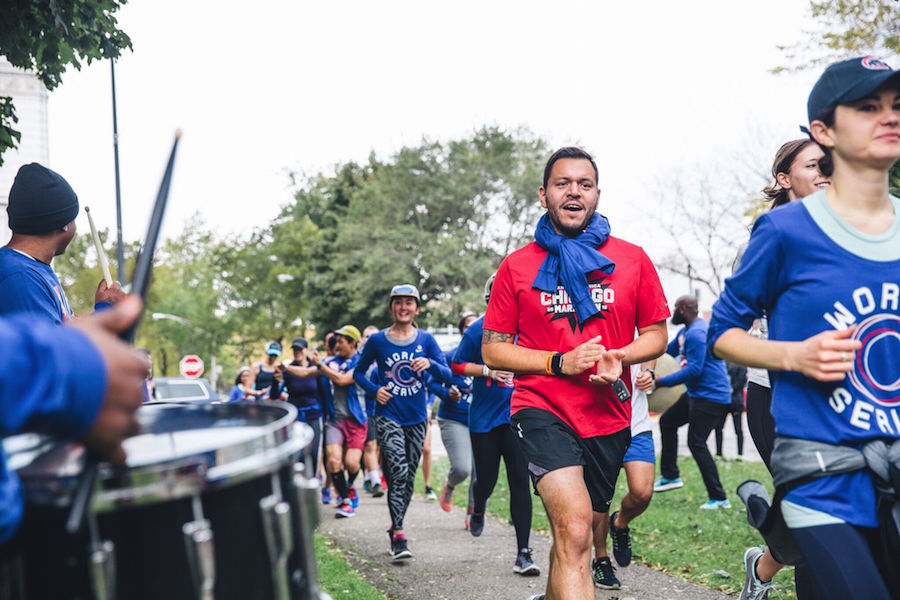 “Apple Watch is the ultimate device for a healthy life and we wanted to push it further to create the best smartwatch in the world for runners and athletes.”

Once you’ve hit your recommended exercise quota for the day, the Nike+ apple watch will congratulate you on your accomplishment, ahhh instant gratification feedback. 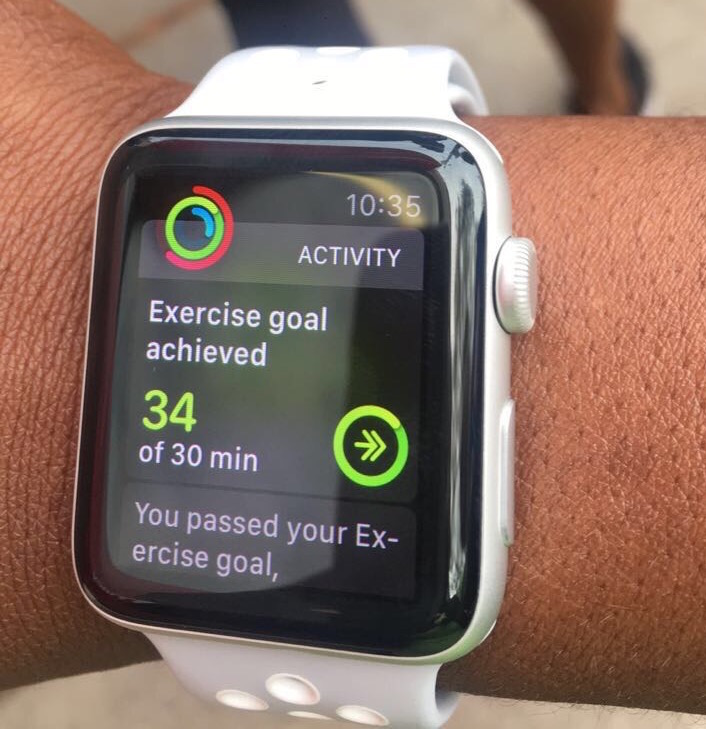 If you are looking to plan out your run and mileage, once you’ve downloaded the NRC app, you can click on NRC button on the apps screen on your watch and set how many miles you plan to run. Once you are done, it tells you the total distance you ran, avg pace, AAAAND its a heart rate monitor! Though my experience with it thus far was running, the Apple watch Nike+ can also monitor other physical activities such as biking, yoga, class based workouts, weights, or a rowing machine. The Apple watch Nike+ also notifies you after each mile completion with time and pace but only when your synced iPhone is present or a bluetooth headset.

There are other activities the Apple Watch Nike+ monitors throughout the day through the activity rings showing how much you stand up during the day, the weather and you can also choose to share your activity if you want, because competition.

In order to begin using the Apple watch Nike+ you will need to make sure you have an iPhone 5 or later and running iOS 10 or a later updated version; the pairing process takes about 30ish minutes. If you choose to run or other physical activity without your iPhone you can certainly do that though certain features might not be available. For those who enjoy music while working out, you can connect your Apple watch Nike+ with a bluetooth wireless earphones. 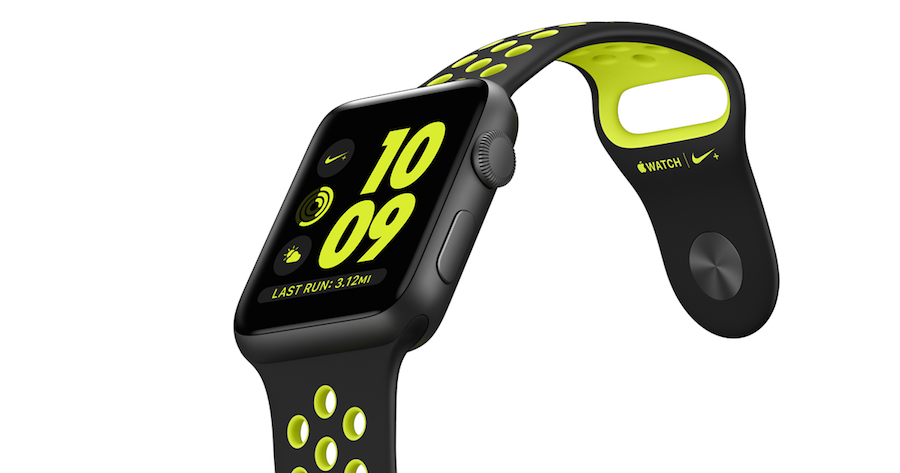 The one thing I liked a lot about the Nike+ apple watch is that each time I logged a run, it would ask me to match my time/distance from the previous run and the Type A in me gladly obliges because lets be honest, if it didn’t I would just coast. For those starting off running, this is a very highly recommended device that you’ll get a good ROI on. Why? If your schedule will not allow you to consistently participate with a run group during the week, the watch is your running buddy. I will caution though, before you begin to run, get the running basics down: how to properly swing your arms, warmups and stretches, when to do sprint work.

Would I recommend this to you, absolutely! Really, there’s value in a device that can help you accomplish your physical activity goals daily and no it does not compare to a fitbit, as if! If you don’t have the discipline to get up and just go work out, the watch provides that much needed push; not loud like a coach or indifferent like the friend that will eat ice-cream with you when y’all are supposed to be working out, but more a I care about you now go out there and crush it so your summer ’17 body can be on point, at least that’s what I think mine is telling me.