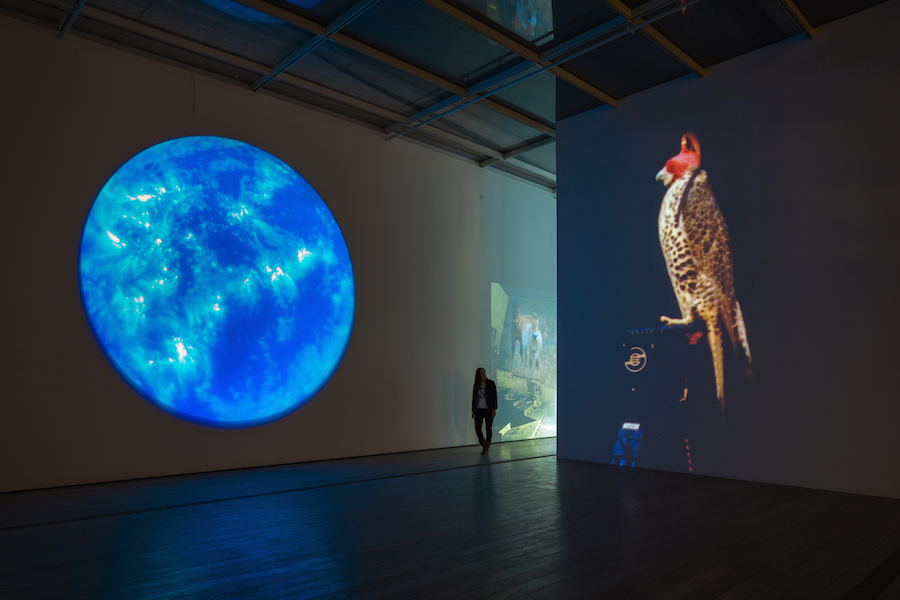 Visual artist Diane Thater’s exhibit, The Sympathetic Imagination, opened at the Museum of Contemporary Art Chicago Oct. 29 and will run until January 8, 2017. 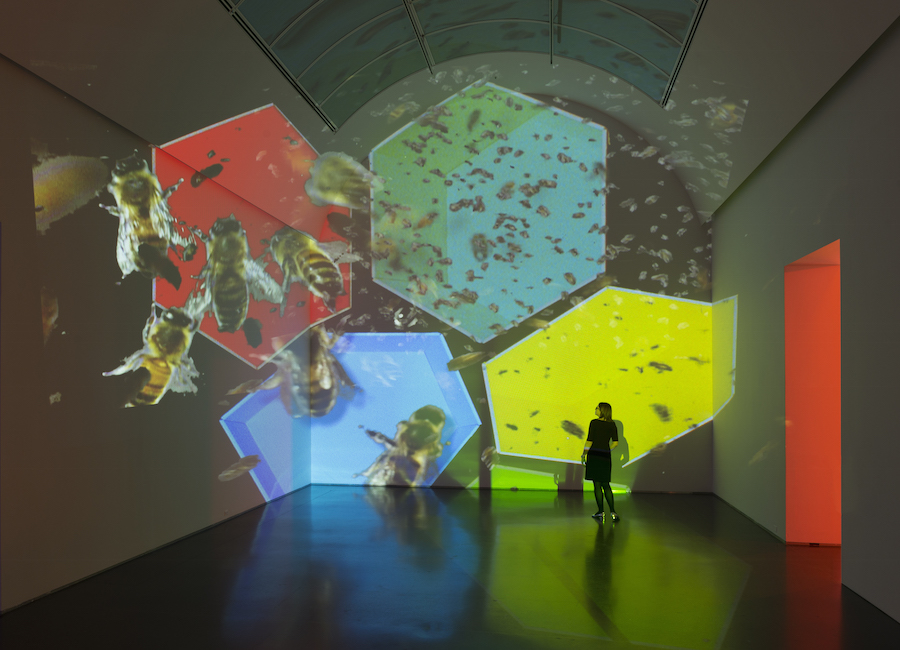 The exhibit itself, on the fourth floor of the MCA, is a feast for the senses. The Los Angeles based Thater’s body of work includes influential works in art, film, video and installation that have challenged the ways moving images are experienced. The exhibit, which speaks to key issues such as ethics, bio-ecology, the environment and Anthropocene (the period during which human activity has been been the dominant influence on climate and the environment), made its debut at LACMA earlier this year. 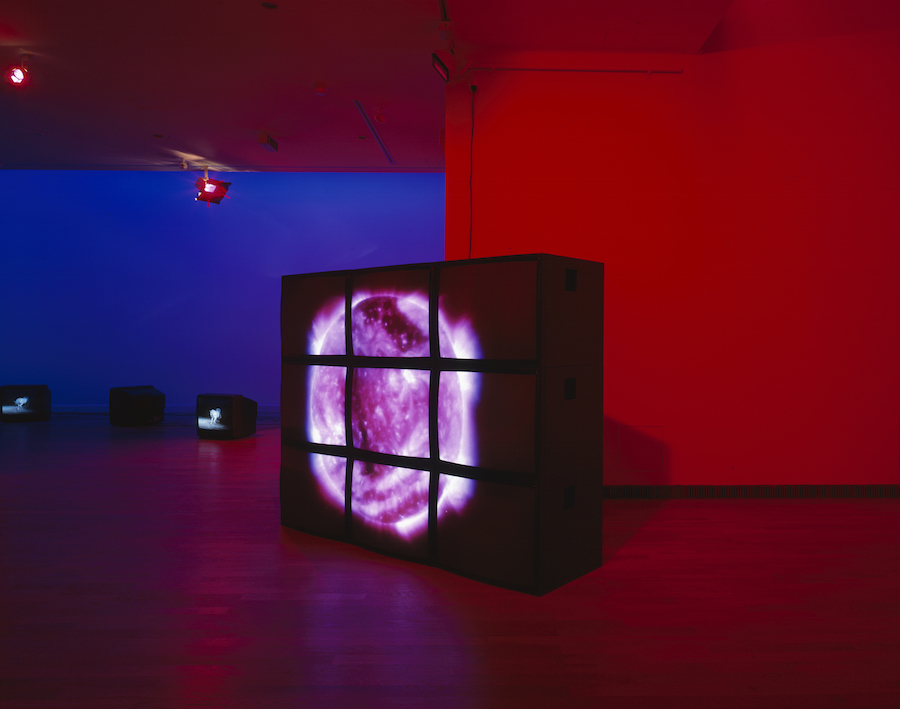 The 22 works in The Sympathetic Imagination exhibit, one of her first comprehensive museum exhibition in the US, spans from her work in the early ’90s through 2015 was co-curated by Lynee Cooke, Senior Curator for Special Projects in Modern Art at the National Gallery of Art in DC and Christine Y. Kim, Associate Curator of Contemporary Art at LACMA with the Chicago exhibit coordinated by MCA’s Chief Curator Michael Darling and Curatorial fellow Joey Orr.

The first piece you will see as you enter the exhibit, Six-Color Video wall, will be a screen with 6 multicolored orbs that are actually NASA captured images of the sun. 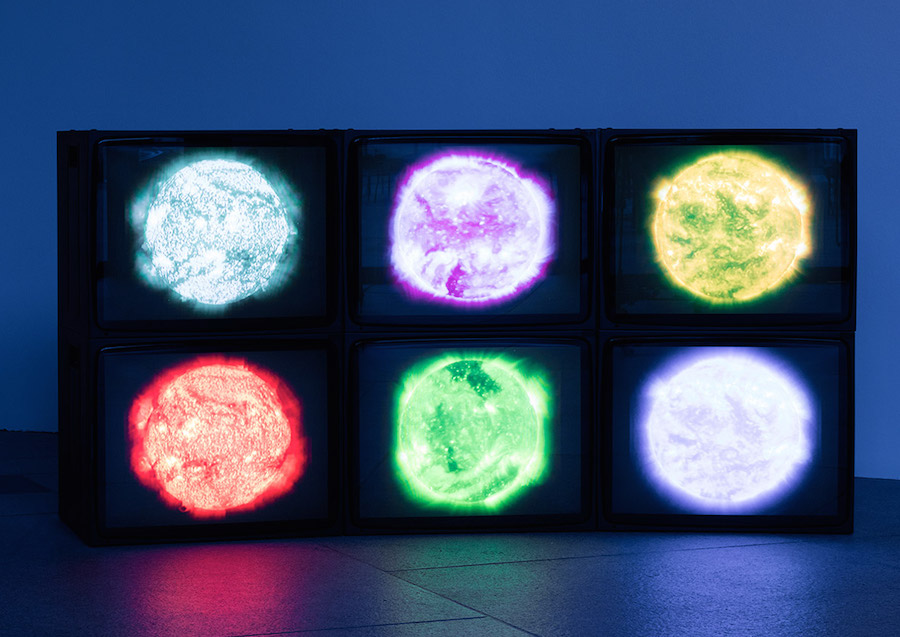 The exhibit then winds through the fourth floor providing different immersive experiences from the video installation on the floor of butterflies, footage shot at the Fondation Claude Monet in Giverny, France, that was broken into the primary colors of video (RGB) and partially reconstructed or projected separately, honeybees that communicate through dancing  and the piece Life Is a Time-Based Medium, filmed at the Galtaji Temple in Jaipur, India,- a monumental installation that conflates the actual architecture of the temple with the gallery in which it is shown. 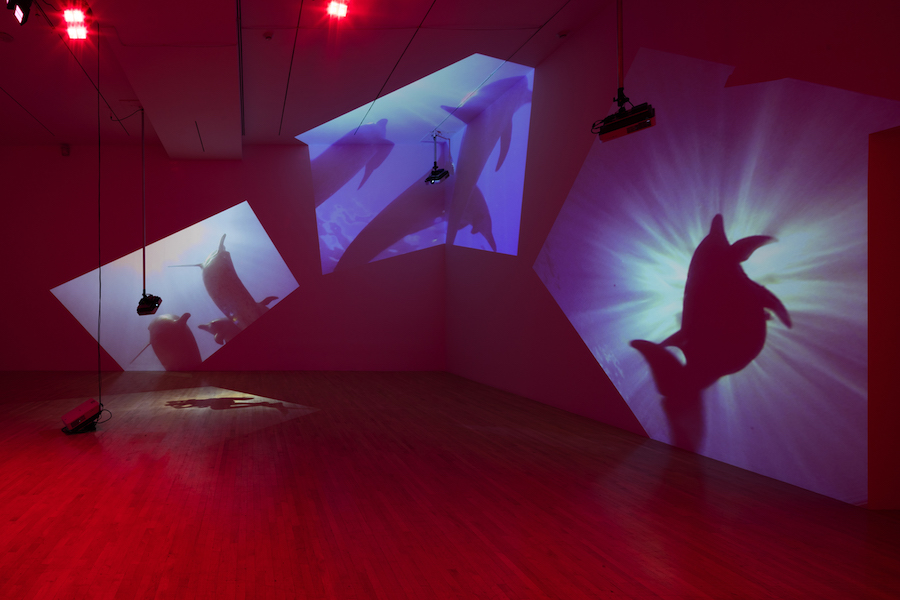