Hotness In The News Thursday December 17

“Don’t live in the past. There’s no point. You can’t change anything. What a waste of time.”
― Bob Newhart

Last night’s primetime debate on CNN had a few good sound bytes and instances where it seemed the candidates were in a boxing ring and not a debate stage. Donald Trump, placed centerstage, at one point got Jeb Bush roiled up that Jeb said “Donald is great at the one-liners, but he is a chaos candidate and he would be a chaos president” and Donald Trump, responding to how he would combat ISIS said that he would penetrate the internet
Terrorism was the buzz word last night, with Sen. Marco Rubio and Ted Cruz going at it for some time. Carly Fiorina repeatedly used her background as HP CEO to tout that the government need only ask tech corporations for their help as she gave during the aftermath of 911. Rand Paul brought up the point that Trumps call to kill relatives of ISIS would be breaking the Geneva convention, oh that.

All eyes are on Janet Yellen and co. as the U.S. central bank is expected to hike its key federal funds rate by 0.25-0.5% today.

Padmasree Warrior, the former CISCO exec has been named US Chief Executive and head of development for software and the user experience of NextEV Inc., the Chinese electric-car rival to Tesla, where she will lead U.S. operations…The Rev. Hyeon Soo Lim, a Canadian pastor that was detained in North Korea for 10 months and found guilty of anti-government activities, spreading false propaganda has been sentenced to life in prison “for subversion.”… Nasdaq’s new Chief Operating officer is Adena Friedman, effective immediately, in charge of day-to-day operations for the $9.5 billion firm, which employs 3,700. With Nasdaq’s current CEO Robert Greifeld’s contract expected to expire in 2017, she is seen as a front runner for the position.

In Barbara Walters’ 10 Most Fascinating People of 2015 special, while talking to actor Bradley Cooper, resisting the urge to stare at him all night, she said to him “But I, I find you very screwable. ‘I think you’re handsome, I think you’re sexy.’ In the special she also sits down with Amy Schumer, Misty Copeland, Donna Karan, Presidential candidate Bernie Sanders, Ronda Rousey; it will air this Thursday on ABC…Amal Clooney is partnering with 100 Lives in setting up an annual scholarship for young women from Lebanon to pursue studies at the United World College Dilijan in Armenia; The first recipient is Pamela Tebchrany. 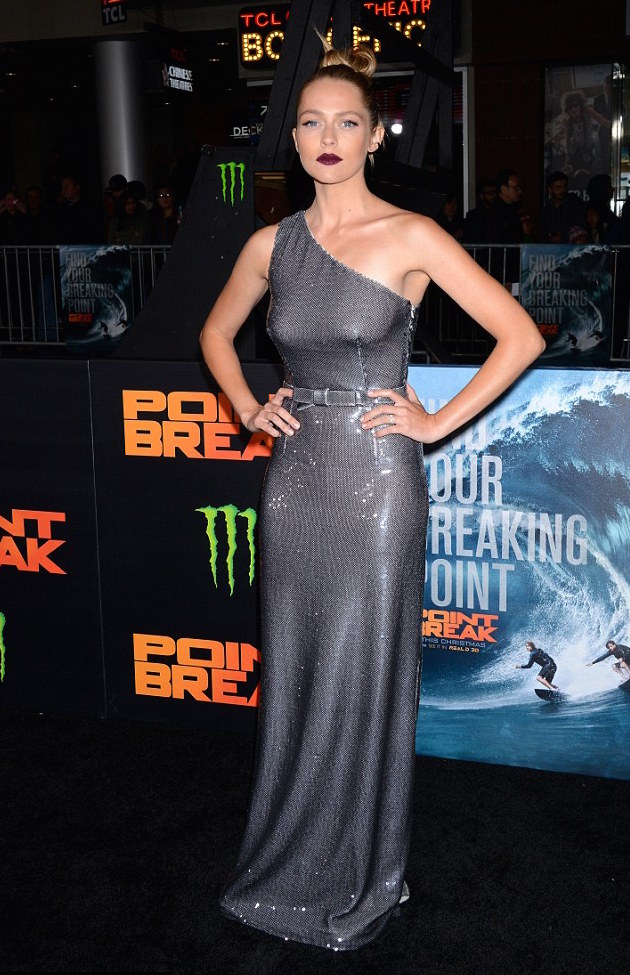 Hotness In The News Thursday December 17