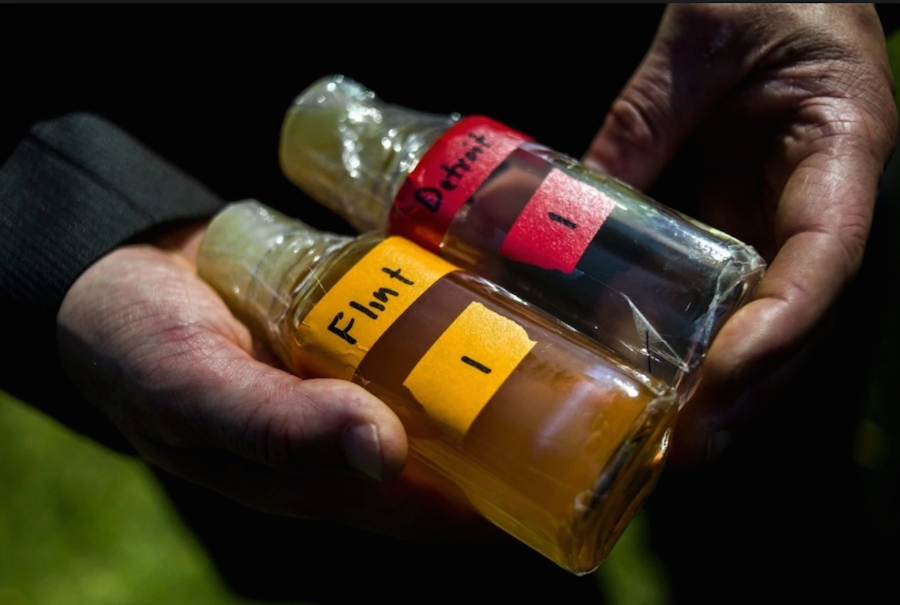 Hotness In The News Wednesday January 27

Last night the Democratic party presidential candidates addressed voters at a town hall hosted by CNN. Hilary Clinton is def fighting to regain control as she’s lost some lead to Bernie Sanders, who just had a Ben & Jerry’s ice cream (Bernie’s Yearnings) named after him. Donald Trump, maybe feeling the Cruz heat nipping at his poll numbers or maybe just being him, is still attacking Ted Cruz but Cruz is turning the other ear, for now. Gov. Chris Christie will be in Chicago for a fundraiser on Wednesday hosted at the Chicago Club and Dan Webb, the lawyer just appointed by Mayor Emanuel to review the city’s law department, is one of the donors/hosts.

The water crisis in Flint, Michigan continues with residents now asking for Marc Edwards, a Virginia Tech environmental engineering professor who took Washington DC to task on lead levels in its water supply and won. Eminem,Sean “P Diddy” Combs and Mark Wahlberg are some of the celebs that have pledged bottle water supply to residents.Walmart and some of its corporate partners will donate 6.5 million bottles of water to students in Flint, Michigan.  Reports are also stating that undocumented immigrants living in the area are not receiving emergency water because they either have to show ID or present social security card which they don’t have and now choosing between fear of deportation or exposing their children to lead.

• Jury selection began in the case of Curtis Lovelace, a former U of I football star, who’s been charged with first-degree murder in the 2006 suffocating death of his first wife…
•President Obama announced yesterday a ban on solitary confinement for juvenile offenders in the federal prison system citing the case of 16-year-old Bronx resident Kalief Browder, who was sent to Rikers Island in 2010 to await trial for stealing a backpack, in an Op-Ed piece…
•Two opponents of Planned Parenthood who made undercover videos of the organization purportedly selling fetal tissues, have been indicted by a jury in in Harris County, Texas.

Last night’s Bachelor, they all went to Vegas and during the talent show portion of the group date, the show’s favorite nut Olivia’s talent was popping out of a cake and shimmying yet she got a rose at the end; Bachelor Ben broke up with one of the twins(awwwkward)…Pokemon will show an ad during Superbowl…The earth is not flat, says Astrophysicist Neil deGrasse Tyson to rapper B.o.B…ESPN producer Ted Brown, who was in Melbourne, Australia, for the Australian open, died of a heart attack, he was 36.

La Perla has named a new Creative Director and it’s Brazilian designer Pedro Lourenço his first collection for the brand will be during the Fall/Winter 2016 presentation in Milan. Lourenço will continue to run his eponymous brand…Judge Brendan L. Shannon’s decision yesterday in the American Apparel case means former founder Dov Charney’s last attempt to regain control of the company was lost and the company can exit from bankruptcy as early as next week. American Apparel, under the plan, would be taken over by its lenders and the company’s shareholders, including Mr. Charney, will see their ownership of the company wiped out.

“No matter how great the talent or efforts, some things just take time. You can’t produce a baby in one month by getting nine women pregnant.” ― Warren Buffett

LOOK OF THE DAY
Chris Hemsworth 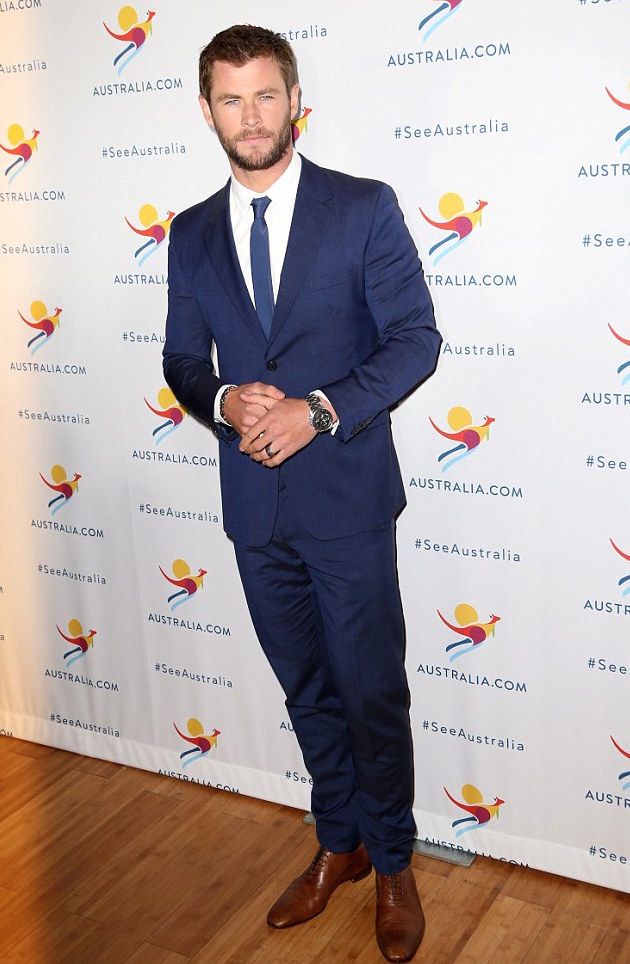 Hotness In The News Wednesday January 27