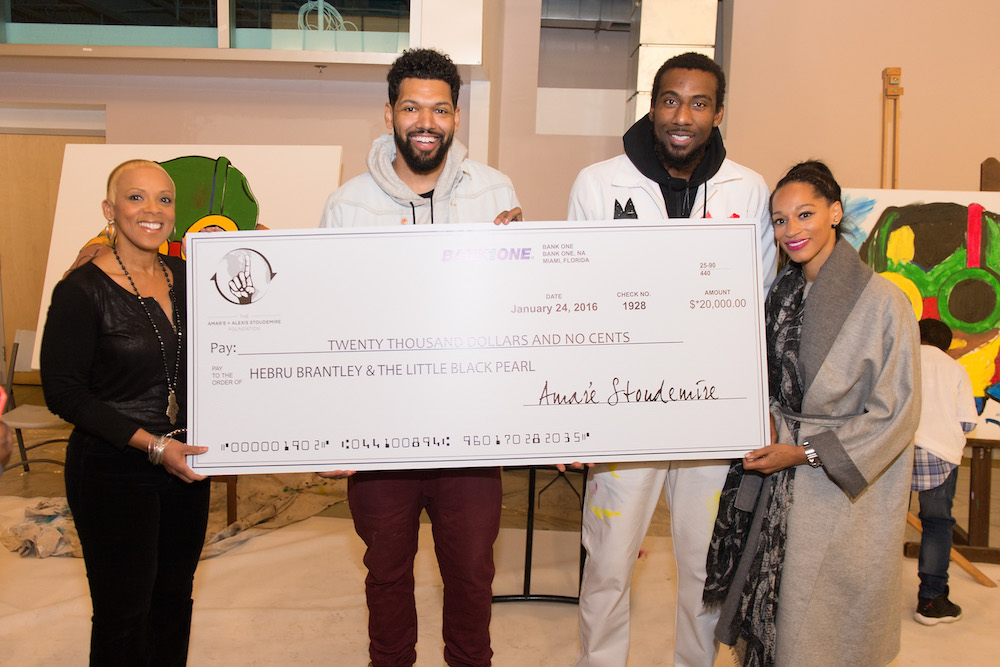 Last night in Kenwood/Hyde Park, the world of art and basketball came together for the kids, as basketball player Amar’e Stoudemire brought his Melech Collection ‘In the Paint’ series to Chicago. The Miami Heat star who is BFFs with Anna Wintour, has recently been getting more involved in the art world, having been spotted about during Art Basel Miami Beach shopping for pieces to add his personal art collection, collaborated with Chicago’s own Hebru Brantley for the initiative’s second stop at Little Black Pearl Workshop Chicago (1060 E. 47th St.). The word Melech means King in Hebrew. 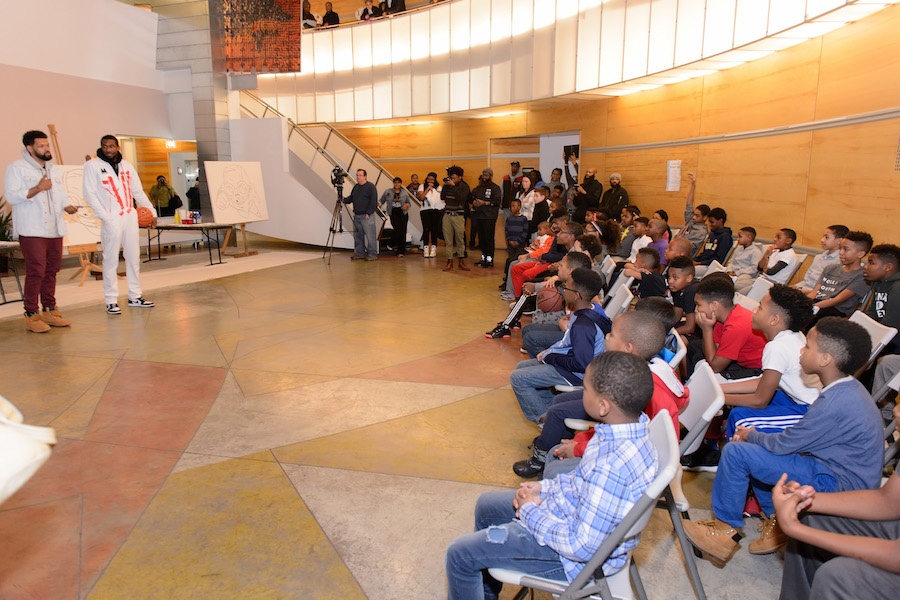 As the kids filed in and sat down,  Brantley dressed in an OFF-White embroidered eagle denim shirt introduced  Mr. Stoudemire, whose wife Alexis looking on beamingly, as he explained the importance of education and the arts and why he wanted to bring the #InthePaint series to Chicago. The event combined a live art installation for the community kids to make a Hebru Brantley Fly boy piece come to life in their own color scheme and the opportunity to play a little basketball with the NBA AllStar. Asked why Chicago, Mr. Stoudemire said “First and foremost we are bringing these to communities that need it, what I am trying to do is raise the awareness of intelligence, whether that’s through basketball or through art. Having the platform combined with the love of art, it’s a great opportunity for me to collaborate both worlds and give back to the community.” 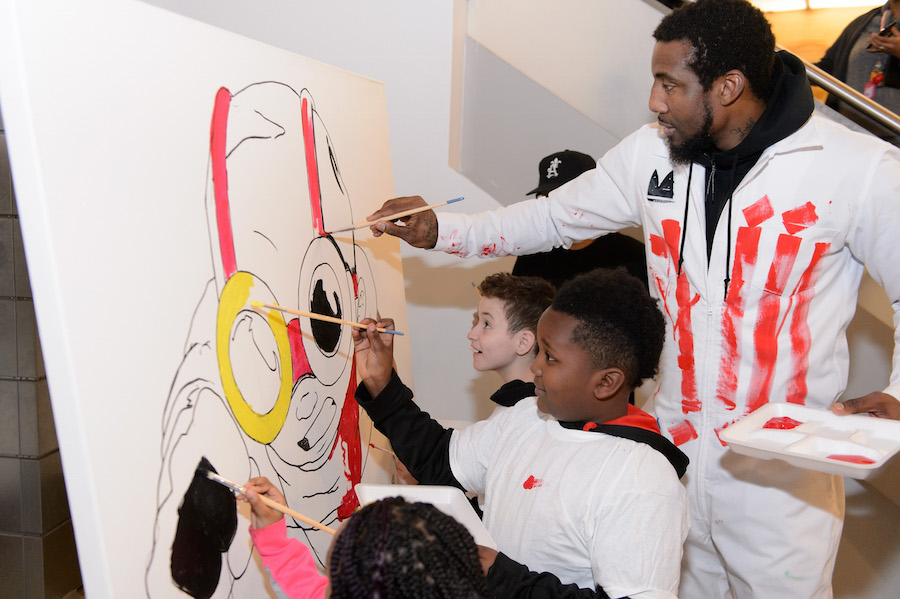 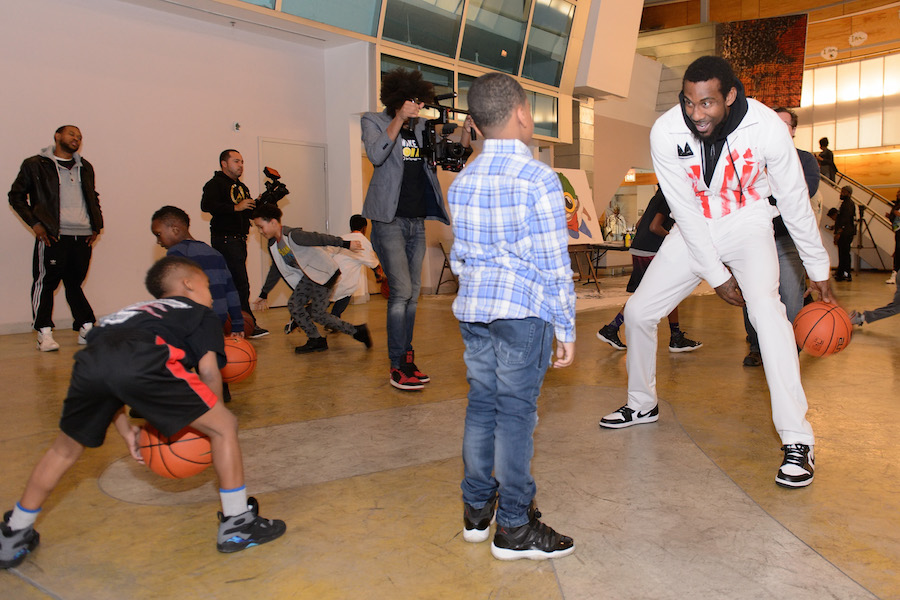 During Art Basel Miami Beach weekend, Stoudemire acquired a Brantley piece “Mythos series from 2015 . . . Families May Feud But Should Never Go to War”  to add to his family collection—Melech Collection at Swizz Beatzs’ No Commission art fair. A far cry from his younger days when he too at first thought art collecting was a “prestigious, expensive thing but as he got older realized that art doesn’t have to cost that much and investing in emerging artists is also a good way to begin collecting art before they become the next big name.” Some  of his favorite artists right now includes Hebru Brantley, Kehinde Wiley to name a few. 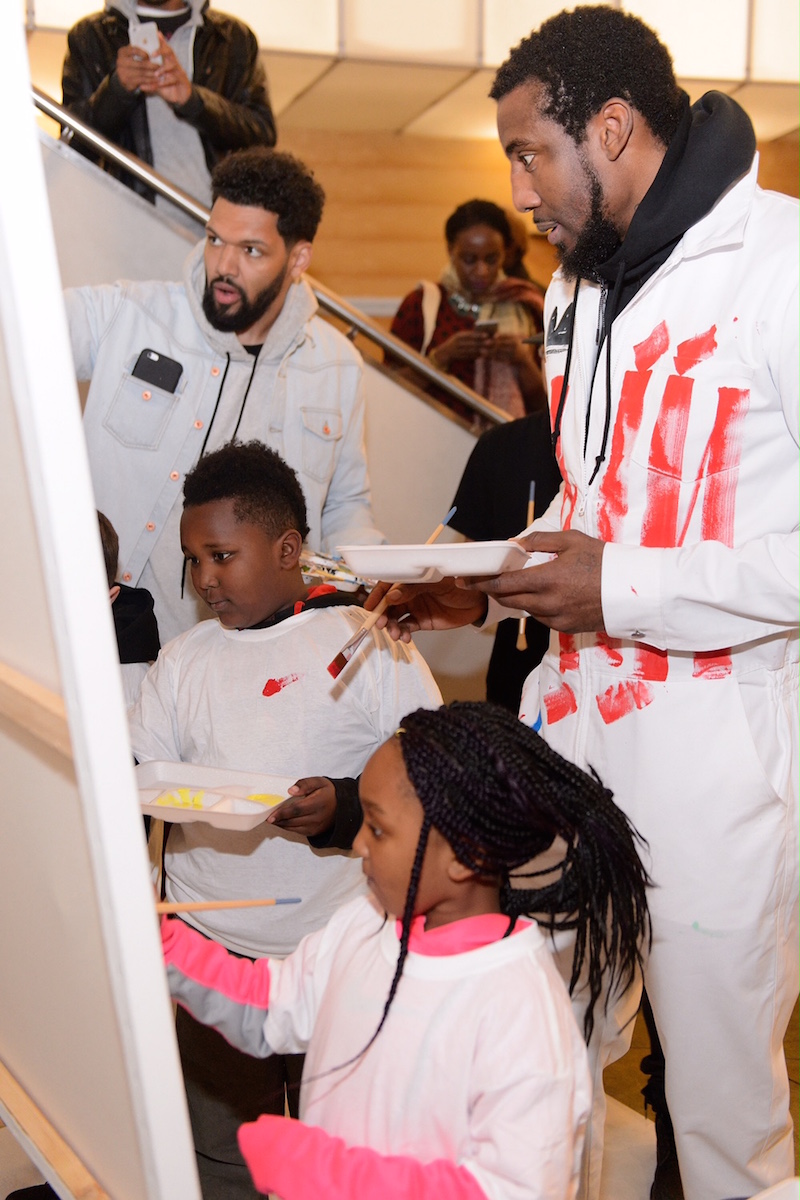 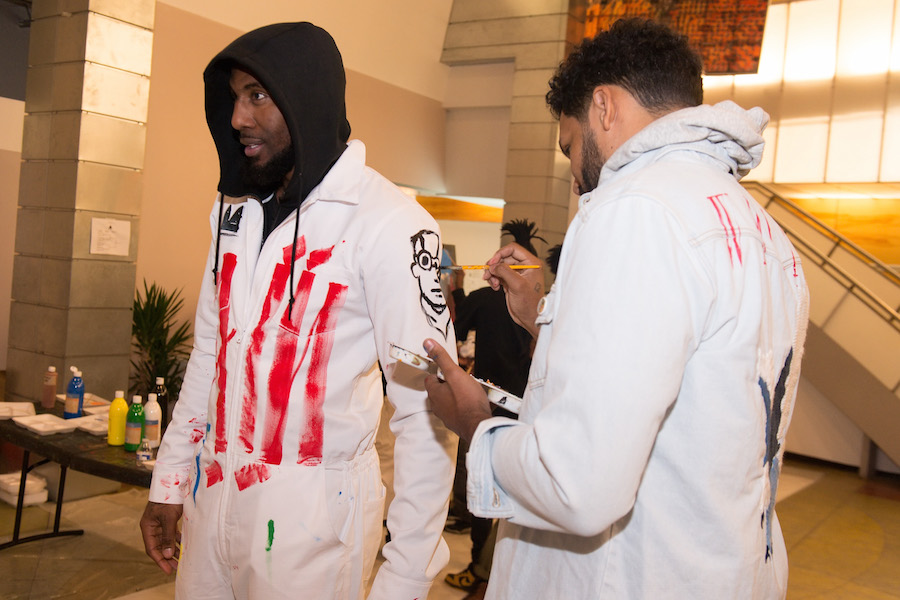 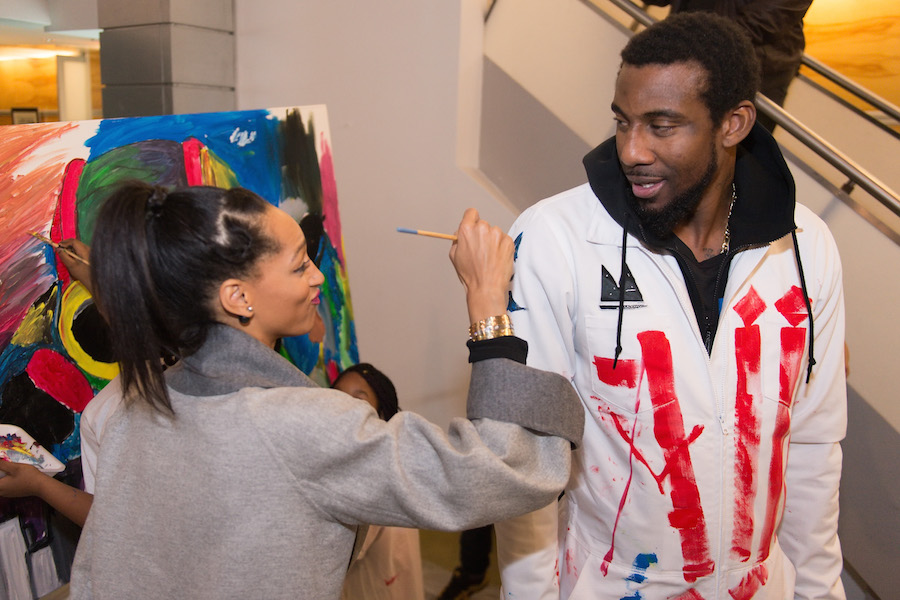 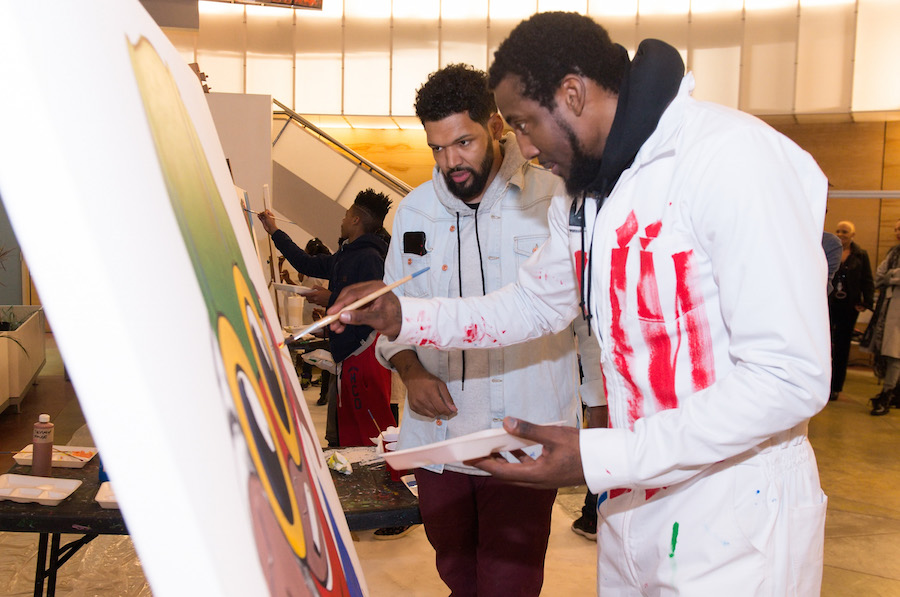 Once the kids had time to get their hands on the basketball and shoot around as well as Stoudemire adding his artistic flair to the Hebru Brantley canvas, a check in the amount of $20,000 was presented by Amar’e and his wife Alexis, cozy in a gray The Row Shawl-Collar Arnet Coat, to Hebru and founder & Executive Director of Little Black Pearl Monica Haslip,  the largest single donation by an NBA player to date to the hyde park area non-profit design center. 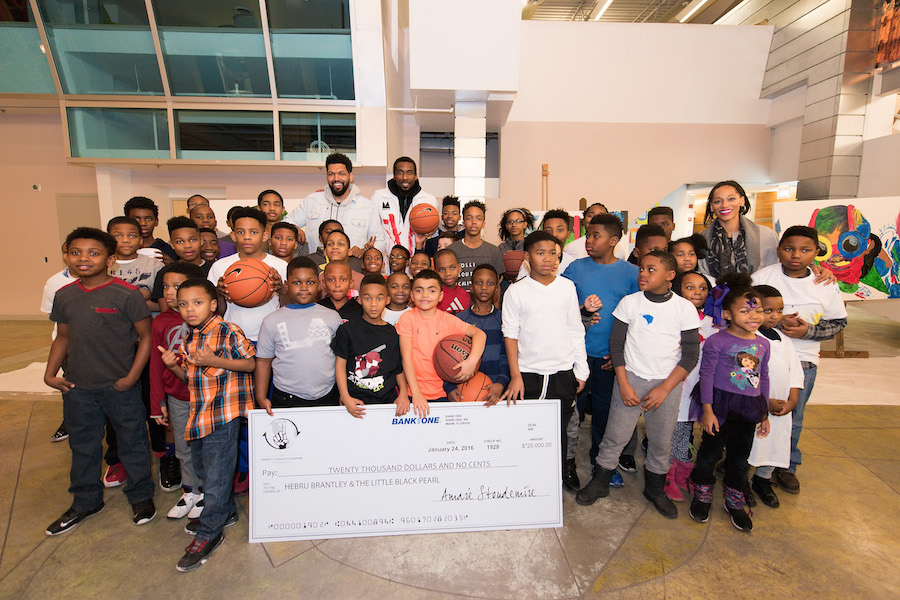 Hotness In The News Monday January 25