Elections. We are 68 days away from the presidential election and the candidates are still going at it. Following the revelation that Hillary Clinton’s aide Huma Abedin was separating from her husband, 2 time divorcee Donald Trump decided to chime in, just like he did when Dwyane Wade’s cousin was gunned down. Speaking of Trump, the border wall builder and immigrant deporter, who yesterday accused people in the country illegally of taking minority workers’ jobs, announced he is headed to Mexico to meet with President Enrique Peña Nieto. His new campaign manager, Kellyanne Conway, back in 2013 said if women were “physiologically as strong as men, rape would not exist.” Hillary Clinton’s email server scandal will probably never rest and now the FBI is set to release their report on the email investigation. Jimmy Buffet’s Hamptons estate was the scene of a $25,000/ticket fundraiser with performances from Buffet, Sir Paul McCartney, and Jon Bon Jovi. Former presidential candidates Marco Rubio and John McCain both won their election primaries in Arizona and Florida, respectively….Read more

• Nigeria. Following a stop at the Vatican, Facebook CEO Mark Zuckerberg made his first trip to sub-saharan Africa to Nigeria first stopping at Yaba, an area described as the Silicon/Tech Valley of the country and next up to Lagos, the former capital. The purpose of his tour is to “meet with developers and entrepreneurs and learn about the startup ecosystem.”  The country however, following two consecutive quarters of declining growth, has slipped into a recession. Crude oil sales which accounts for 70% of government income has been hit by weaker global prices.

• ADP’s data of private payroll shows that 177,000 new jobs were added in the US in August.

• President Obama commuted the sentences of 111 intimates including that of 35 people that were facing life sentences, the most commutations granted in a single month.

• After her sisters scored a free Airbnb in Turks & Caicos. Kim Kardashian along with husband Kanye West have scored their own as they touched down in NYC for VMAs and the upcoming New York fashion week. The $30 million 7,000 sq. ft. Tribeca penthouse with a private rooftop is theirs until late October for free for the price of social media exposure for Airbnb. Must be nice!

• Chris Brown was in the news yesterday. Following what was describedas a standoff with police, his lawyer arrived, he was arrested and booked and has since been released on $250,000 bond. What’s been said on the grapevine is that he (Brown) pulled a gun on a woman who then called 911; said woman, Baylee Curran, is wanted in NYC for grand larceny questioning in connection with criminal theft.

• Ahead of the upcoming their show during London Fashion Week, TopShop has announced they are joining the runway-retail movement in their upcoming Topshop Unique collection September 18. The Sp/Su ’17 show will include selected pieces for consumers to purchase as they adopt the see-now, buy-now model.

“Action is the foundational key to all success.” ― Pablo Picasso 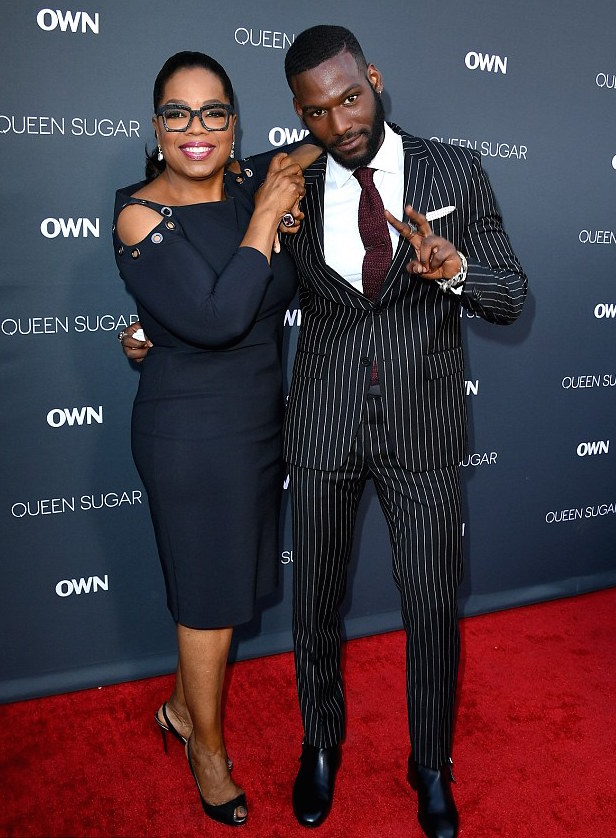 Did we miss something? Click here and tell us