Chicago is once again playing host the to the National Basketball Association’s All Star game, its third time in the game’s 69 year history. You’ll probably see A LOT of basketball fans, celebrities and celeb chasers all through the city even for it being such a cold cold weekend in Chicago. Though bummed there are no Chicago Bulls players on the roster this year, we’re basketball fans nonetheless and excited to see Chicago on the national and global map for such a fantastic weekend. Chicago’s history with basketball runs deep as the Bulls can claim 6 champions trophies all due to the greater to ever play the game, Micheal Jordan and one of the best basketball teams in its heyday, hello Scottie, Rodman, Horace, Steve Kerr just to name a few. Many of those who sleep-eat-breathe sports probably know the schedule of all that’s happening this weekend but for the lightweight sports fans, trying to keep up with all the game-related information can seen intense so we are here to help.

Below is all you need about the 69th NBA All Star Game in Chicago and we’ve even thrown in some spots on where to dine and check out while in Chicago.

When is the game?
The actual 2020 NBA All Star game will take place on Sunday February 16, at the United Center in Chicago, Illinois.

What’s the entertainment lineup?
GRAMMY® Award -winning recording artist and Academy Award-winning actress and Chicago native Jennifer Hudson will perform a special tribute to the late Kobe Bryant, his daughter Gianna and their seven friends that tragically passed away on Jan. 26. Hudson’s performance will open the night ahead of player introductions for the 69th NBA All-Star Game on Sunday, Feb. 16 at the United Center,

Before All-Star team introductions, Common will welcome fans to Chicago with a moving narrative about what basketball means to the city.

Chance The Rapper will take the stage with five-time GRAMMY winner Lil Wayne, 2020 GRAMMY winner DJ Khaled and GRAMMY-nominated Migos rapper Quavo for a star-studded performance of their chart-topping hits.

What time does the 2020 NBA All Star Game start?
There’s plenty of pre-game sports coverage on various channels, but the official All Star Game will air live at 8 p.m. ET/ 7 p.m CST on TNT.  This year’s game has a new format where every quarter counts for Chicago-based charities and the fourth quarter will be untimed with both teams playing to a Final Target Score, meaning that the game will end with a made basket or a made free throw instead of with the clock running out.

How can I watch the All Star Game?
The 2020 NBA All Star Game will air on TNT and be live-streamed on the FOX Sports App. You can also stream the game at NFL.com.

What are some of the pre-game events happening?
If you’re looking for parties and events during All Star Weekend, we’ve got a full curated list here. For all the other game related pre-game events there’s the: 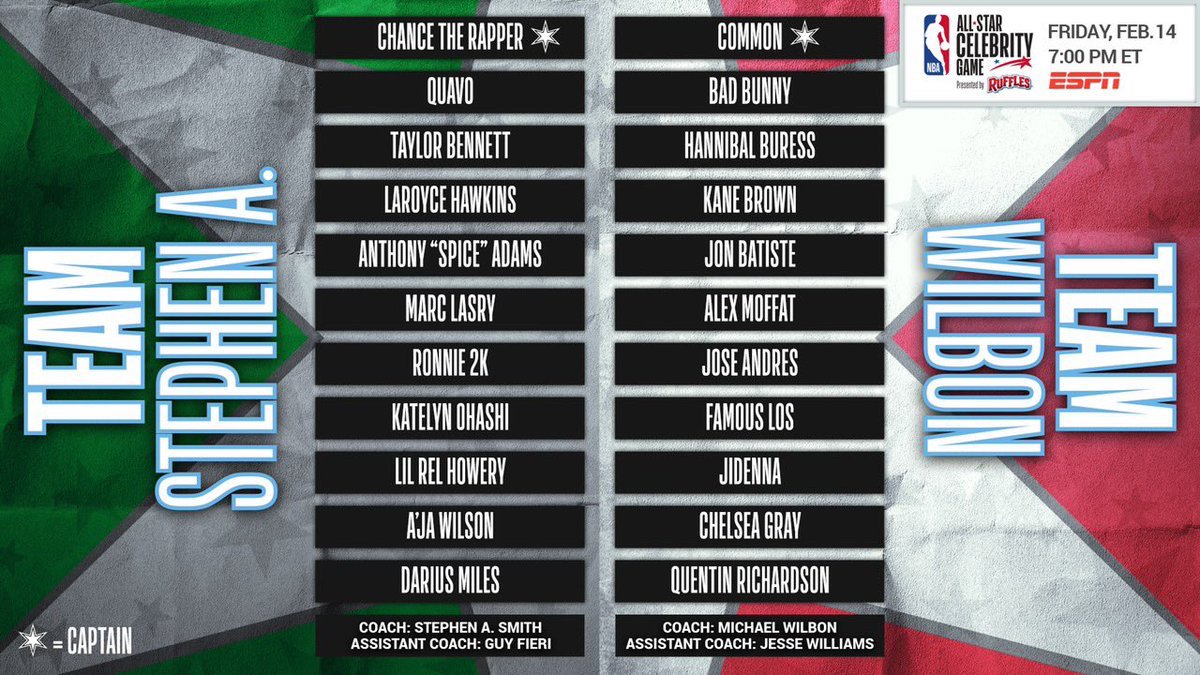 2020 NBA All-Star Celebrity Game presented by Ruffles on Feb. 14, 2020 taking place at Wintrust Arena (200 E Cermak Rd., Chicago, IL 60616). You can watch top celebrities from film, TV, and music test their skills alongside NBA legends and WNBA players during this entertaining exhibition game. The game is scheduled to begin at 7 p.m. ET/6 p.m. ET CT. It will air on ESPN. The two teams are:

The Chicago Children’s Choir will sing the U.S. national anthem in advance of NBA Rising Stars; Taylor Bennett will perform at halftime.

State Farm All-Star Saturday Night will take place on Saturday February 15 from 7pm CST at United Center and the matchup will air on TNT. During State Farm All-Star Saturday Night on Feb. 15, Golden Globe-, GRAMMY- and Primetime Emmy Award-winning rapper, singer and actress Queen Latifah will be joined by Chicago youth for a special performance of Stevie Wonder’s classic song “Love’s in Need of Love Today.” 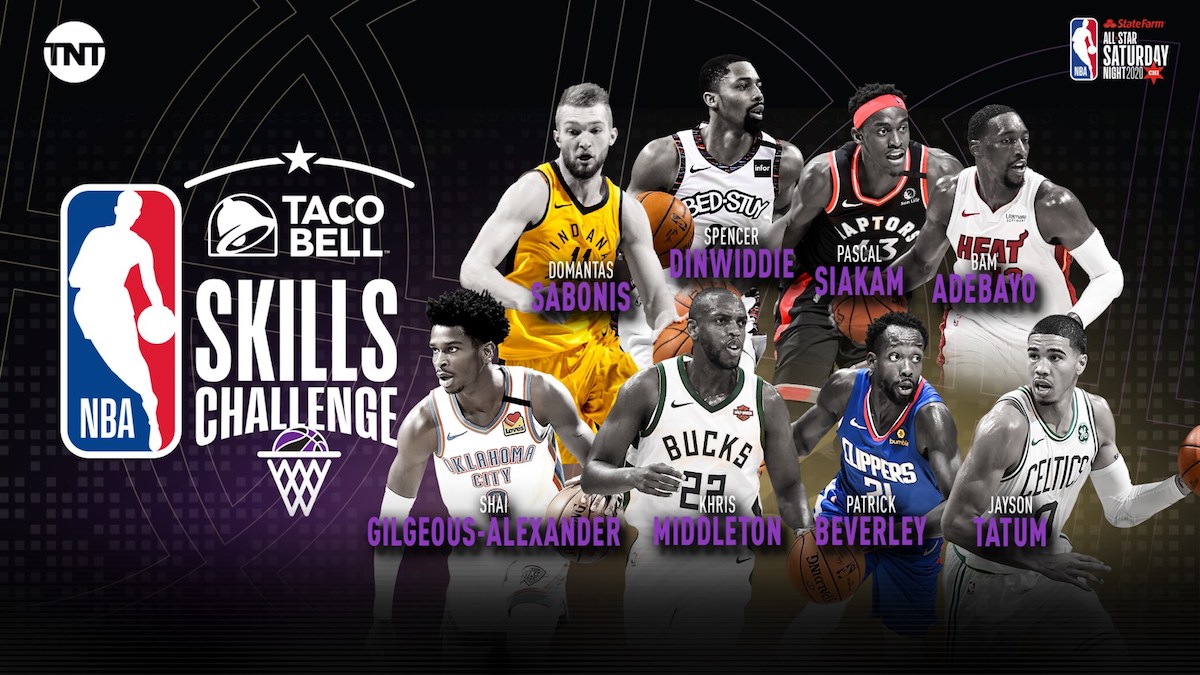 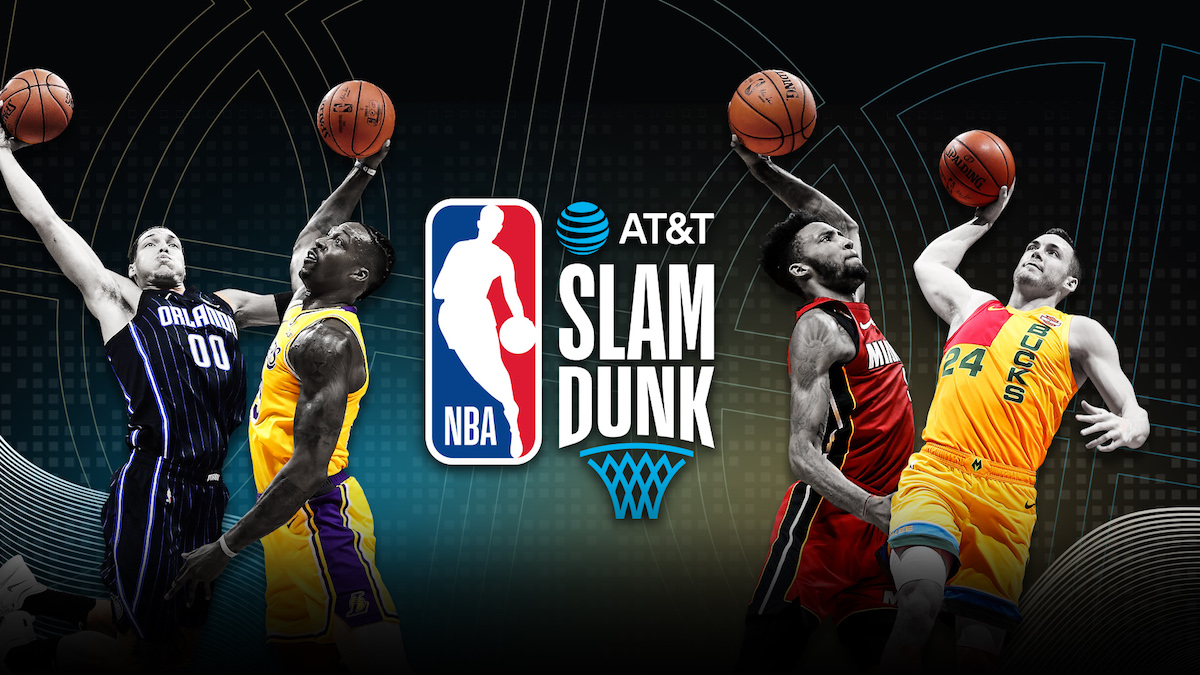 USA Women’s National Team Open Practice
This summer, the USA Women’s National Team will compete for their 7th consecutive Olympic gold which would tie the USA Men’s basketball team (1936–1968, their winning streak) for the most consecutive Olympic team victories in all Olympic sports, men or women. The USA Women’s National Team is one of the most dominant in all sport, with 66-3 record in Olympic play and no Olympic losses since 1992. Join us at the practice to hear more about their story as we start our journey with them to NIKE Nationals and then Tokyo. The practice will include team scrimmages and interactions with fans. Later that night the team will attend the All-Star Saturday Night festivities.

Jr. NBA All Star Invitational
5-time NBA All-Star and Chicago native Tim Hardaway, 7-time NBA champion Robert Horry, Chicago’s WNBA All-Star Stefanie Dolson and WNBA champion Jordin Canada will serve as honorary coaches during the boys and girls Gatorade Jr. NBA All-Star Invitational championship games on Saturday February 15. The winning boys and girls teams will earn a spot in the Jr. NBA Global Championship Midwest Regional in Westfield, IN from June 12-14, where they will compete against top teams in the region for the chance to advance to the third Jr. NBA Global Championship in August at ESPN Wide World of Sports near Orlando, Fl The Semifinals will take place from 9:00 a.m. – 1:00 p.m at Navy Pier (600 E Grand Ave, Chicago, IL 60611). The Championship games happening from 4:00 – 6:30 p.m. at Wintrust Arena (200 E Cermak Rd., Chicago, IL 60616) These will be played

Chicago Weekend Guide! Things to Do in Chicago This Weekend February 14-16