Dear Bears fans and other sports fans whose team’s not playing for the Lombardi trophy this year, take heart, maybe next year. Until then, lets talk about your plans for watching and taking in Super Bowl LIV if you can’t be in sunny Miami. The good thing is you don’t have to spend all that money for airfare, tickets, outfits, stadium food and drinks but if you still want to have that game day feels, we’ve found a few bars and restaurants in Chicago that will show the game and feed you and your party so all you have to worry about it what to wear, extensively discuss which brand nailed the Super Bowl commercials and what excuse you’re going to use to call off work the following day.

For your planning:  Super Bowl LIV (54) will take place Sunday February 2, 2020, at Hard Rock Stadium in Miami and the teams playing are the Kansas City Chiefs against the San Francisco 49ers. Kickoff is set for 6:30pm EST/5:30pm CST on FOX Television . Demi Lovato will sing the national anthem. Jennifer Lopez and Shakira along with some special guests will perform at the Pepsi Halftime show. The starting quarterback for the chiefs is Patrick Mahomes; the starting quarterback for the 49ers is Jimmy Garoppolo the hometown guy who hails from Arlington Heights and went to Rollings Meadows High school before attending Eastern Illinois.

Some of the key players on the roster are: Kansas City Chiefs tight end Travis Kelce, you’ll remember him from the E! reality show Chasing Kelce where he was looking for love. Jimmy Garoppolo was the backup QB for the Patriots for a few years during the Tom Brady era. 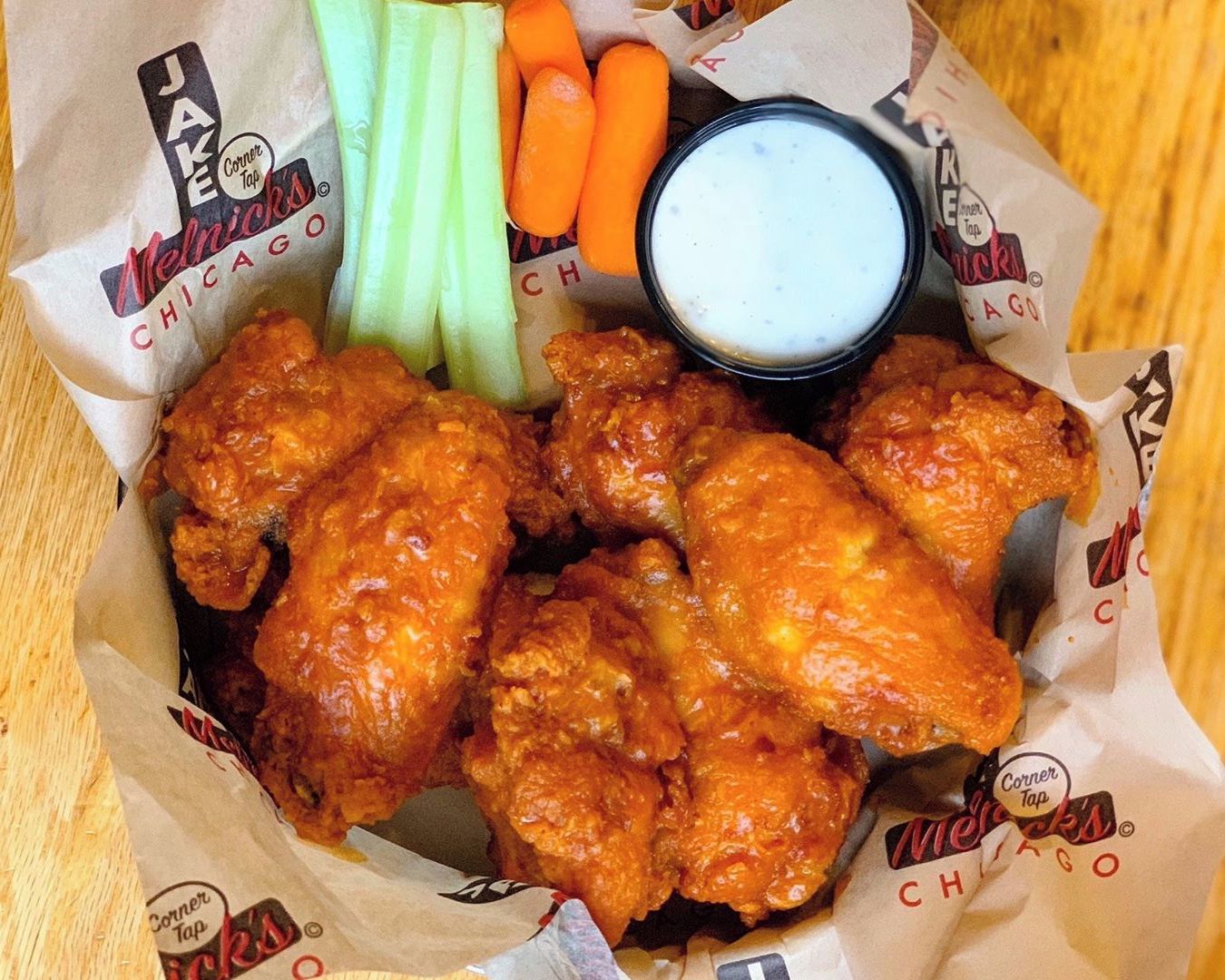 Jake Melnicks (41 E. Superior Street), the Gold Coast staple is offering a few selections for football fans that want to enjoy the game both at the spot or at home. Known for their famous saucy and spicy wings, Melnicks is also offering football fans the ultimate BBQ feast for four which includes a full slab of baby back ribs, brisket, pork, local hot likes, a skillet of BBQ baked beans, a skillet of mac & cheese, Cole slaw, & pickles. Meat lovers, the “bar-cuterie” board, filled with smoked bologna, hot links, smoked gouda, beer cheese spread, pickled vegetables, grain mustard, and crackers. They are also offering guests the “tailgate tower” which includes boneless Buffalo wings and nachos. Want to pick up your Superbowl order instead? Order from their catering menu and you could get an extra $50* gift card when you pick your order up by 3pm CST on February 2. (on catering menu orders 50+, carry out before 3pm only). 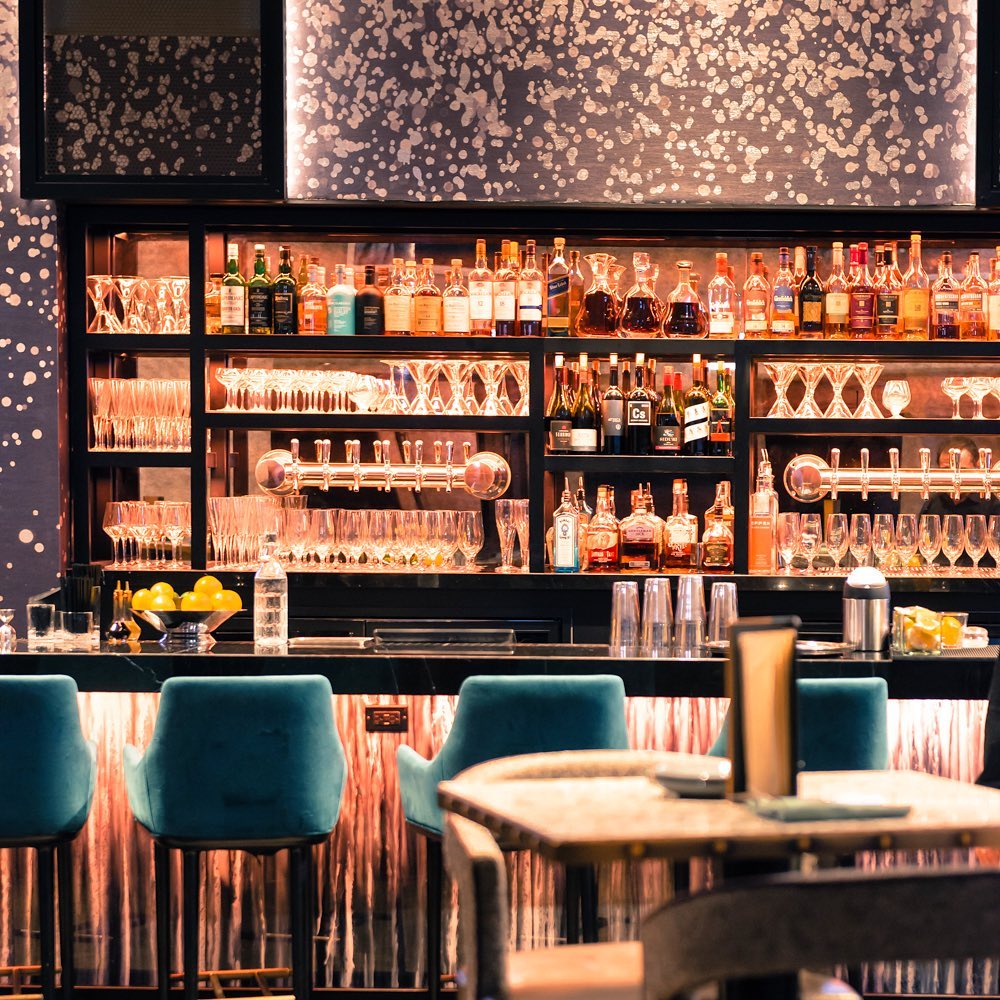 Trying to watch the big game in a bit of a upscale atmosphere with a view? Head on to LH on 21 at LondonHouse Chicago (85 E. Upper Wacker Dr.). LondonHouse Chicago’s 21st floor restaurant, is offering a special “Super-Brews” menu during the big game. The All You Can Brews package ($54), includes bottomless Corona, Miller Lite, and 312 and one of the following food items: LH Italian Beef Sandwich, Chicken Wings with housemade hot sauce, or Cauliflower Fritters. If a large order is not in your budget, gather yourself and friend and enjoy shareable dishes such as Steak Nachos and the LH Supreme Pizza. LH on 21’s Super Bowl Sunday menu is available between 5 and 10 p.m. on February 2. Reservations at LH on 21 can be made by calling 312.253.2317 or via Tock. 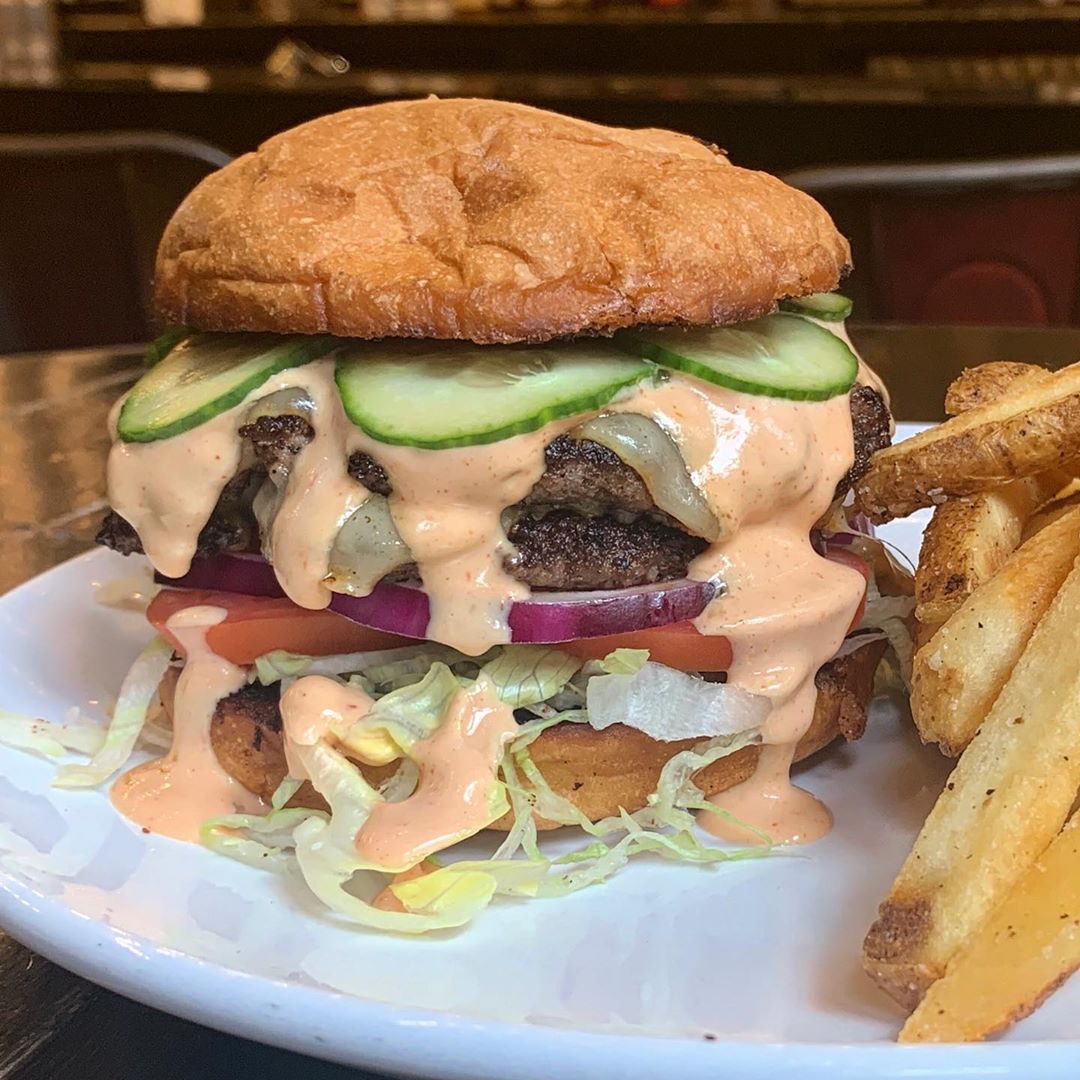 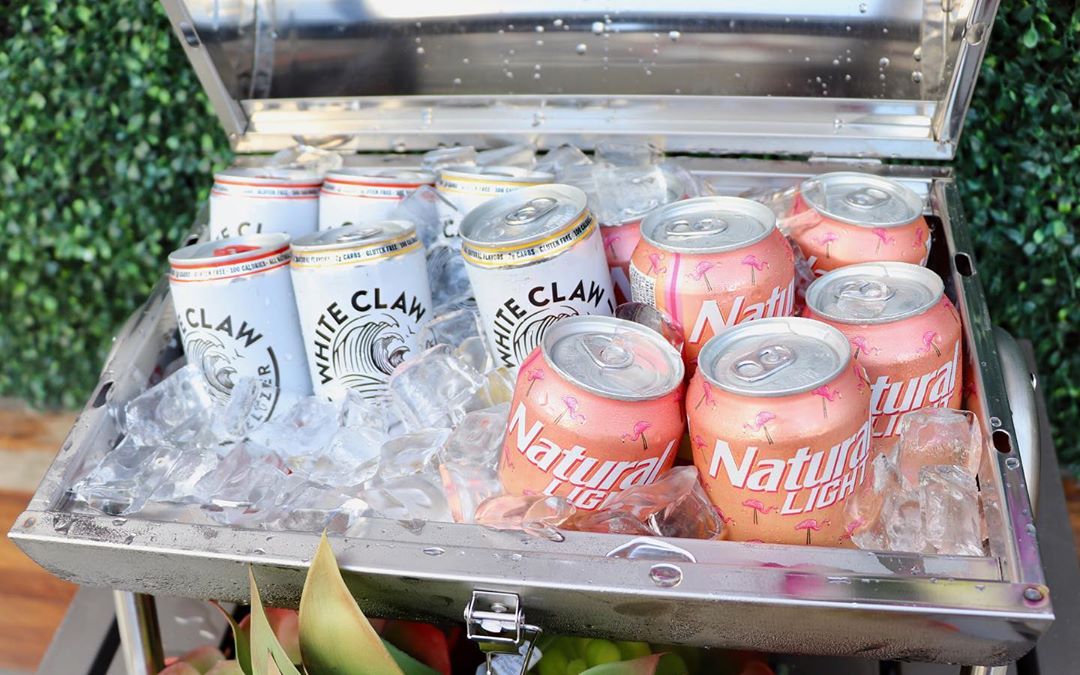 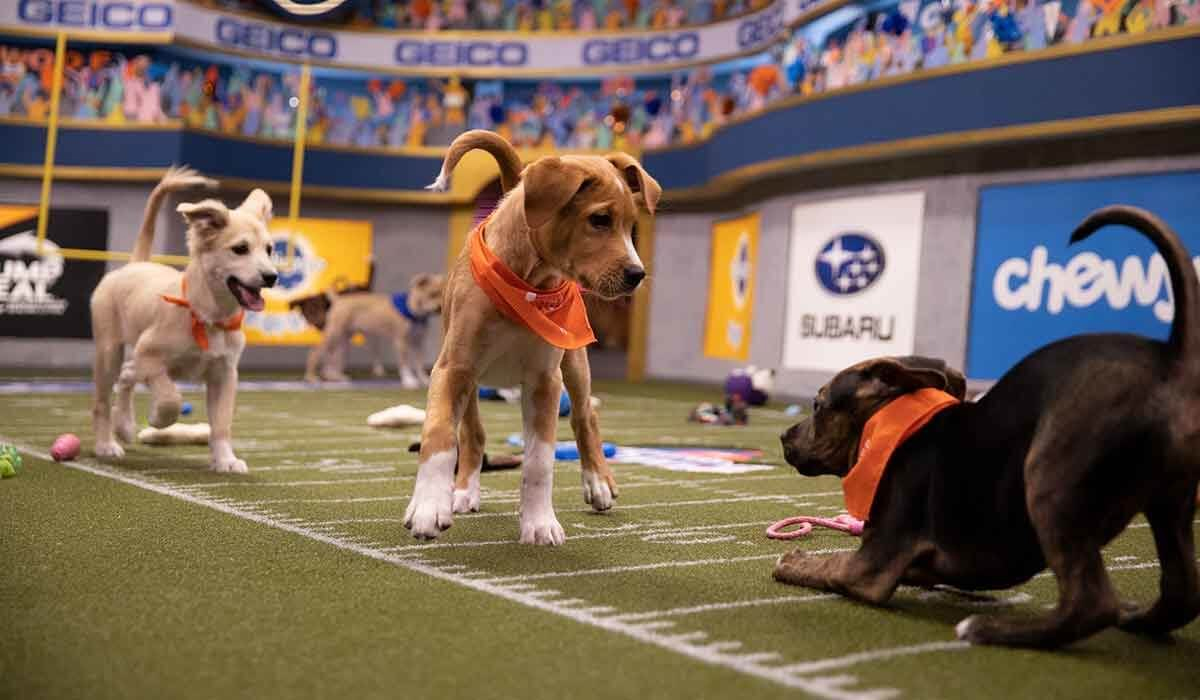 Did somebody say Puppy Bowl? Sure did and its happening at Logan Square’s Park & Field (3509 W. Fullerton Avenue) plus an unlimited game and food special for those that want to watch the Super Bowl. The Puppy bowl is taking place before the big game as it also serves as a fundraiser for One Tail at a Time. Watch puppies play on the indoor football court + enjoy drink specials to benefit Chicago’s One Tail at a Time. Stick around for the $40 / person endless gameday grub from Park & Field’s farm-to-fork buffet PLUS unlimited drinks from kickoff to the final whistle. Tons of prizes, giveaways, and more await. 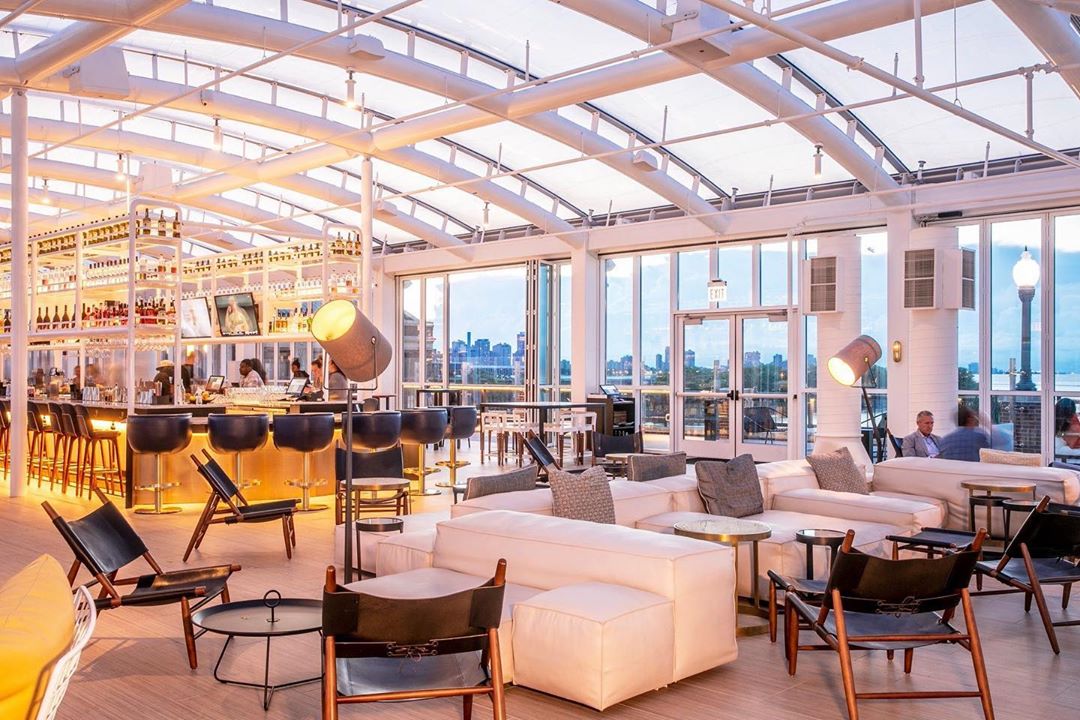 Chicago’s newest-ish and the nations largest rooftop bar, Offshore at Navy Pier is hosting a HUGE Super Bowl bash at the prices are not off putting this time around. The game will be shown on a 30-foot projector screen. For eats, guest have choices including $35 bottomless mimosas (aka better call off work now), $20 bottomless wings, and $10 mixed libations buckets (Modelo, Miller Lite, or Sofia Rose). Don’t forget Chicago Restaurant Week is still going on and you can kill 2 birds with one stone. Watch the game and enjoy their CRW $36 menu like a Wagyu flatiron steak, Faroe Island salmon, pork carnitas deviled eggs, and sugared donut holes. 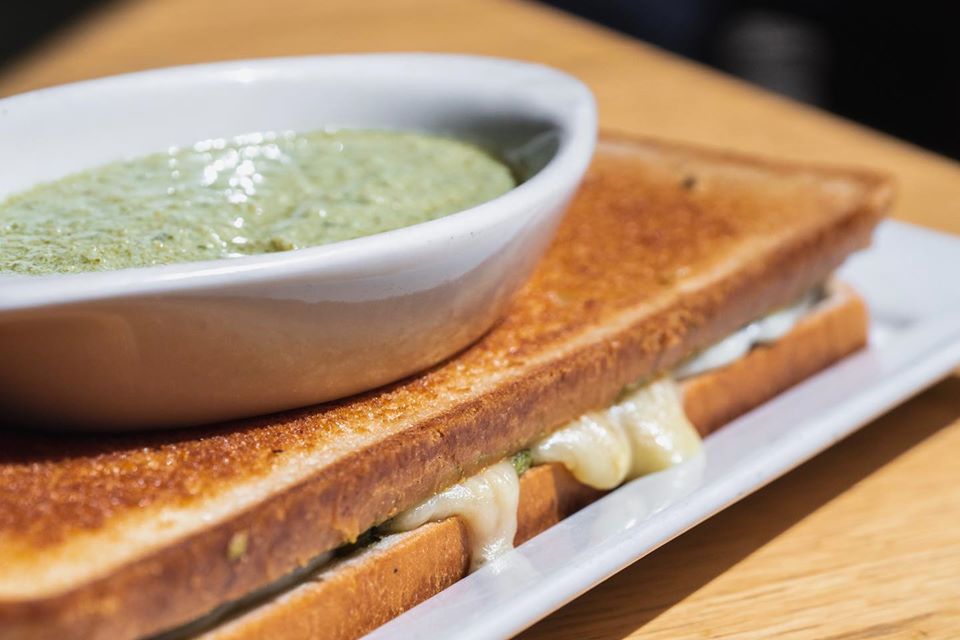 Scout Waterhouse + Kitchen (1301 S. Wabash Street) is one of our favorite South Loop bars to watch any game and most especially Super Bowl. You’ll probably want to arrive early to get a good seat and view of the ample TV screens inside. The food including their signature footlong Grilled Cheese sandwiches, pulled chicken nachos, burgers and wings are a must.

Sweetwater Tavern & Grille (225 N. Michigan Avenue), infamous as the place of solace for former McDonalds CEO Steve Easterbrook days after he was publicly fired, recently debut a new look and vibe last year but its still one of the best places in the city with an extensive craft beer list, and delicious seasonal cocktails. They are bringing the energy for Super Bowl Sunday on the Magnificent Mile. Sweetwater boasts 24 HDTVs, full food menu such as cheese curds, bang bang shrimp, chicken wings, nachos, flatbreads, and more and drink menu including a special $3 Bottlenectar, a light-bodied pale ale with unique Huell Melon hops brewed exclusively for Bottleneck Management by Goose Island. Reservations are available at sweetwatertavernandgrille.com.