The movie Crazy Rich Asians made history on several fronts when it landed in theaters last year taking in $238 million worldwide to be the highest-grossing romantic comedy in a decade. One of the many memorable scenes in the ultra luxe and fabulous movie was when Constace Wu’s character Rachel Chiu, arrived at the wedding in defiance of Eleanor, her boyfriend’s mother, dressed in the most breathtaking blue gown. The gown was designed by Marchesa and the fashion brand announced they will be donating it to the Smithsonian National Museum of American History. 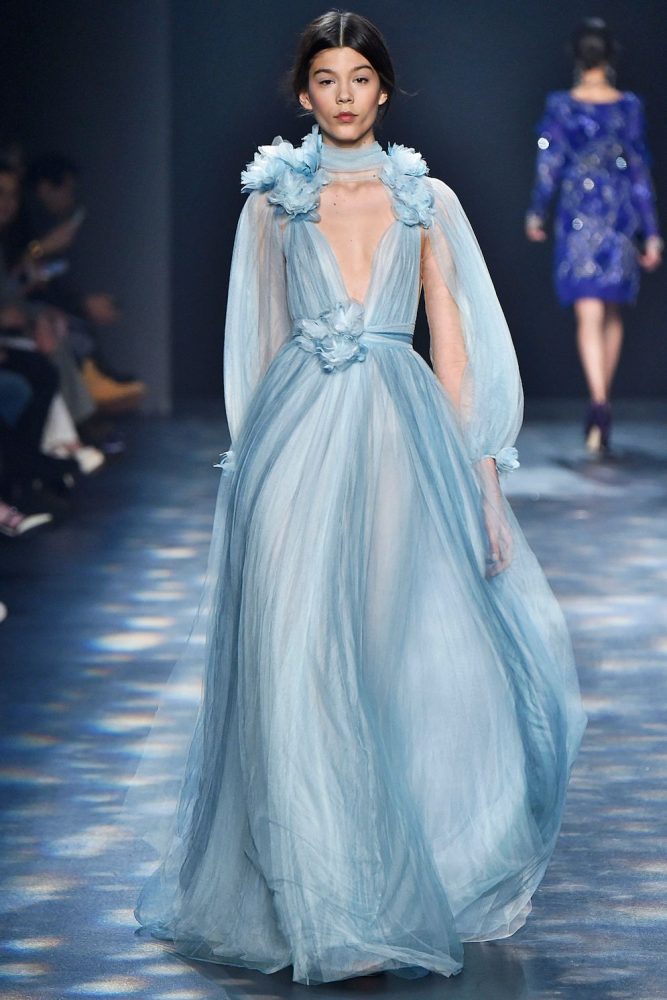 The Grecian-style dress with a deep V-neck and long sleeves was originally designed by Marchesa for its Fall 2016 collection. Marchesa loaned the gown to the film’s production, during which the sleeves were removed for aesthetic purposes. The museum will be receiving this altered sleeveless version.

Crazy Rich Asians had a  mostly East Asian cast,f irst Hollywood film to do so since The Joy Luck Club in 1993. The Crazy Rich Asians Marchesa gown joins a rich collection of museum artifacts with origins in film and entertainment such as Dorothy’s Ruby Slippers from The Wizard of Oz, Batman’s cowl from Batman and Robin and a handmaid’s costume from The Handmaid’s Tale TV show.