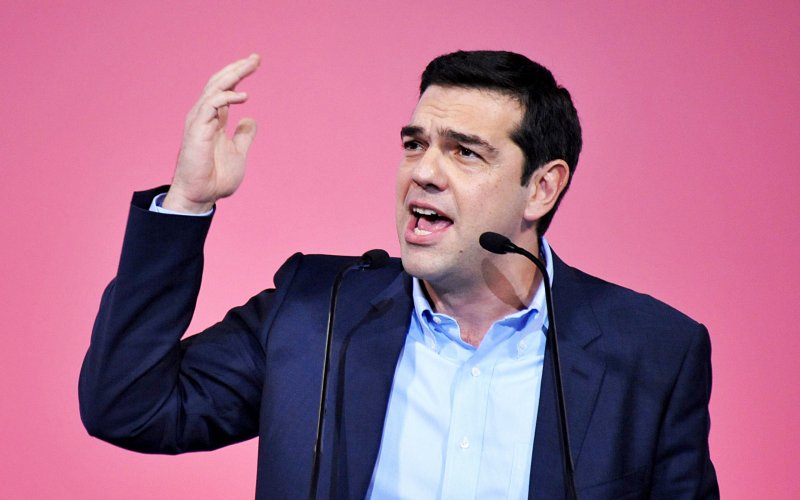 “Stop acting so small. You are the universe in ecstatic motion.”
― Rumi

• A man fleeing police was killed when his SUV collided with a car at an intersection in the Gresham neighborhood. Officers had observed the SUV, with three men inside, speeding and pulled it over in the 6700 block of South Ashland Avenue. The 38-year-old driver was taken to Advocate Christ Medical Center in Oak Lawn, where he was later pronounced dead. [CHICAGO TRIBUNE]

• The Secret Service has recovered a “device” on the White House grounds which may be a small drone, reports Reuters. President Obama along with First lady Michelle Obama are currently in New Delhi for three days as part of a diplomatic push to forge closer ties with India. There is no immediate danger posed on the first family but the Secret Service is investigating.  [REUTERS]

• Alexis Tsipras is the new Prime Minister-elect of Greece. Though he fell just short of the majority needed to govern alone following Sunday’s poll, the right-wing Independent Greeks party said it would back his Syriza party providing key backing needed to form a government Monday. Tsipras has promised to renegotiate Greece’s massive bailout agreements, but has vowed not to take any unilateral action against lenders from other eurozone countries. [NY TIMES]

• Mr. Chicago, Ernie Banks who passed away over the weekend died of a heart attack. The Chicago legend who played for the Cubs, died seven days before his 84th birthday. The Ernie Banks statue usually on display outside Wrigley Field will be placed in Daley Plaza from Wednesday through Saturday for fans to see and honor the Hall of Famer. [SUNTIMES]

• Ahead of the upcoming Super Bowl, the pro-bowl was held in Glendale, Arizona. Team Irvin defeated Team Carter 32-28 with stand out plays from NY Giant’s WR Odell Beckham Jr, Matthew Stafford threw for 316 yards and two TDs and named the offensive MVP. The NFL scrapped the AFC-NFC format last year in favor of having two big-name former players draft players four days before the game. This year, the honor went to Michael Irvin and Cris Carter. [SF GATE]

• The International Monetary Fund (IMF) has said the crossover of India’s growth rate overtaking that of China will happen in 2016 when the Indian economy will grow at the rate of 6.5% against the 6.3% expected in China. The Chinese growth rate, meanwhile, continues to decelerate. China lacks the demographic divined of India; Demographic dividend implies that a country with more young people than old, like India, will grow faster. [ECONOMIC TIMES]

• Last night’s SAG awards honored Debbie Reynolds with the Lifetime Achievement award. Birdman, the favorite this awards season also racked up some wins including Outstanding Performance by a Cast in a Motion Picture; Eddie Redmayne pulled an upset and won for outstanding actor; Julianne Moore, Patricia Arquette and J.K. Simmons also took home awards. The show “Orange Is the New Black,” and actress Uzo Aduba also won SAG awards. Viola Davis of “How to Get Away With Murder” won and gave an empowering acceptance speech. Naomi Watts tripped on Emma Stone’s Dior Couture dress on stage. Debbie Reynolds in her acceptance speech, told of how she cautioned daughter Carrie Fisher of any weird hair-dos. [PAGE SIX]

• Couture shows are underway in Paris as Men’s Fashion Week Paris comes to a close. Some of the highlights of PMFW include Kris Van Assche Creative Director of Dior Homme showcasing amidst an ensemble of violinists. Rick Owens addressed controversy from his rent fashion show and “free willy.” Donatella Versace’s Atelier Versace show had guests including Kate Hudson and Goldie Hawn, Michelle Rodriguez. [WWD]