Hotness In The News Tuesday August 12

It’s Shark Week, are you ready?!

• Blue line stations at Damen and California will undergo upgrades reports NBC Chicago. “The California station will be shut from Sept. 4 to Oct. 16 and the Damen station will close from Oct. 20 to Dec. 22 as both station undergo extensive renovations.” [NBC CHICAGO]

• An unarmed teen, 18-year-old Michael Brown of Ferguson, Missouri, was shot to death by police. The shooting took place Saturday afternoon which has resulted in protests and looting in the area. Tensions are high and an investigation is currently underway. [WALL STREET JOURNAL]

#lifecomesatyouveryfast [email protected]
• Andrea Clevenger who appeared in TLC’s Cheer Perfection turned herself to Sherwood, Arkansas authorities in January for raping a 13-year-old boy. According to TMZ “The 34-year-old had sex with the boy in her home and in her car and texted sexually explicit pics to him.” She “pleaded guilty to sexual assault and engaging in sexually explicit conduct with a minor at a court hearing on Thursday
Clevenger has to register as a sex offender and is not allowed to have any contact with the victim.” [TMZ]

• Drugmaker GlaxoSmithKline will begin clinical trial of an experiemntal vaccine for the ebola virus, reports Reuters. The drug, being co-developed with US Scientists “has already produced promising results in animal studies involving primates and it is now due to enter initial Phase I testing in humans, pending approval from the U.S. Food and Drug Administration.” [REUTERS]

• Tony Stewart’s racing career hangs in limbo following the collision and death of fellow racer which he caused when he ran him over. Stewart’s car struck and killed Kevin Ward Jr at a night race in Canandaigua Motorsports Park. Will criminal charges be brought upon the race car driver? [USA TODAY]

• Do love squares exist, because if so Orlando Bloom is in one. It’s being rumored that he is getting “cozy” with Erica Packer. She being the ex-wife of billionare and casino mogul James Packer, who is allegedly dating Orlando’s ex-wife Miranda Kerr. Yea if your head is spinning ours is, but how awkward will those family functions be? Orlando and Erica have been spotted holidaying Balearic island of Formentera on James Packers’ yacht.

Golden Globes Switch To Plant Based Vegan Menu For 2020 Ceremony

• Bag line Botkier founded in New York city by Monica Botkier and sold at some of the top department stores and boutiques across the country is rebranding. The company will be renamed Botkier New York. 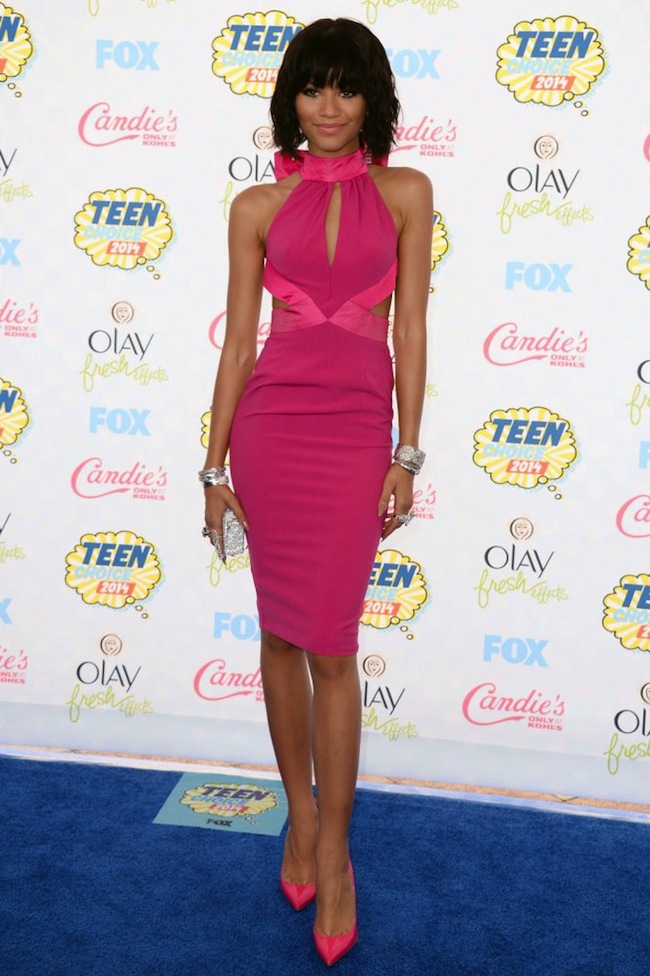 Hot Around The Collar

Hotness In The News Tuesday August 12