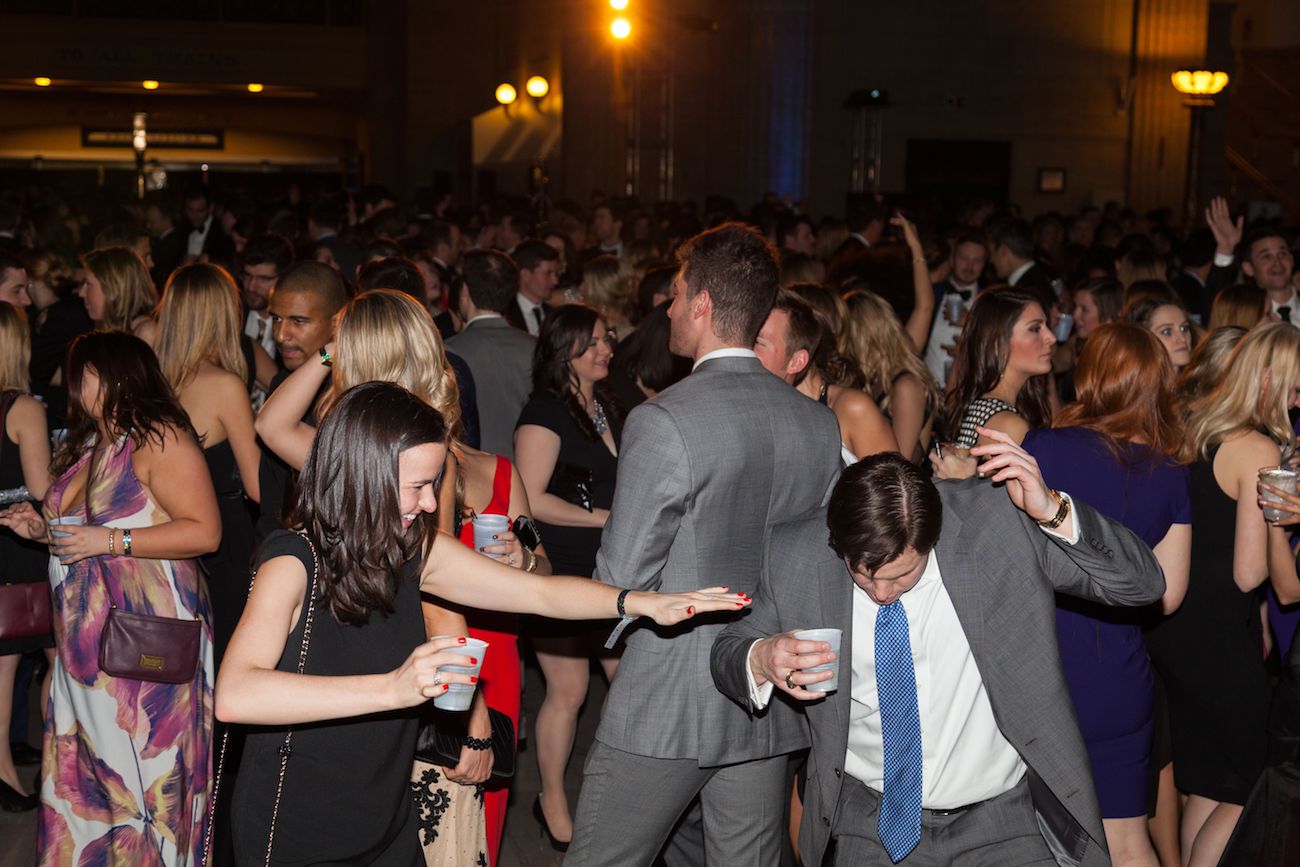 Gala season in Chicago is a big deal since its all year round, and its partly why we here at SociaLifeChicago exist. In any specific month you will find at least 5 or more galas on the calendar from January to December and all are usually held to benefit a charitable cause or non-profit organization.

The recipe for most galas here in Chicago includes: Trendy venue + over the top decor + deep pocketed Guests + Alchohol. This past year, I didn’t cover as many events/galas due to being out of town so much and truthfully there were but just a few exciting ones on the calendar in 2018 but no worries we are back and looking forward to the season this 2019. If you missed your chance to see The Bachelor’s Colton Underwood IRL at the Grand Chefs Experience or just recuperating financially from 2018, get in formation because  here are 10 galas on the Chicago social calendar that really has our interest piqued. From the highly anticipated and uber expensive ($2,500/person!!!)  MCA ArtEdge Gala celebrating the opening of the Virgil Abloh exhibit to the Joffrey Ballet’s Ungala in Spring and more. Here are the most anticipated gala events of 2019 in Chicago. These events are listed in no particular order and they include events that already have published information. There are some events taking place in Chicago, like the Siskel Film Centers annual fundraiser in the summer, that have not finalized details of their event, thus not listed. 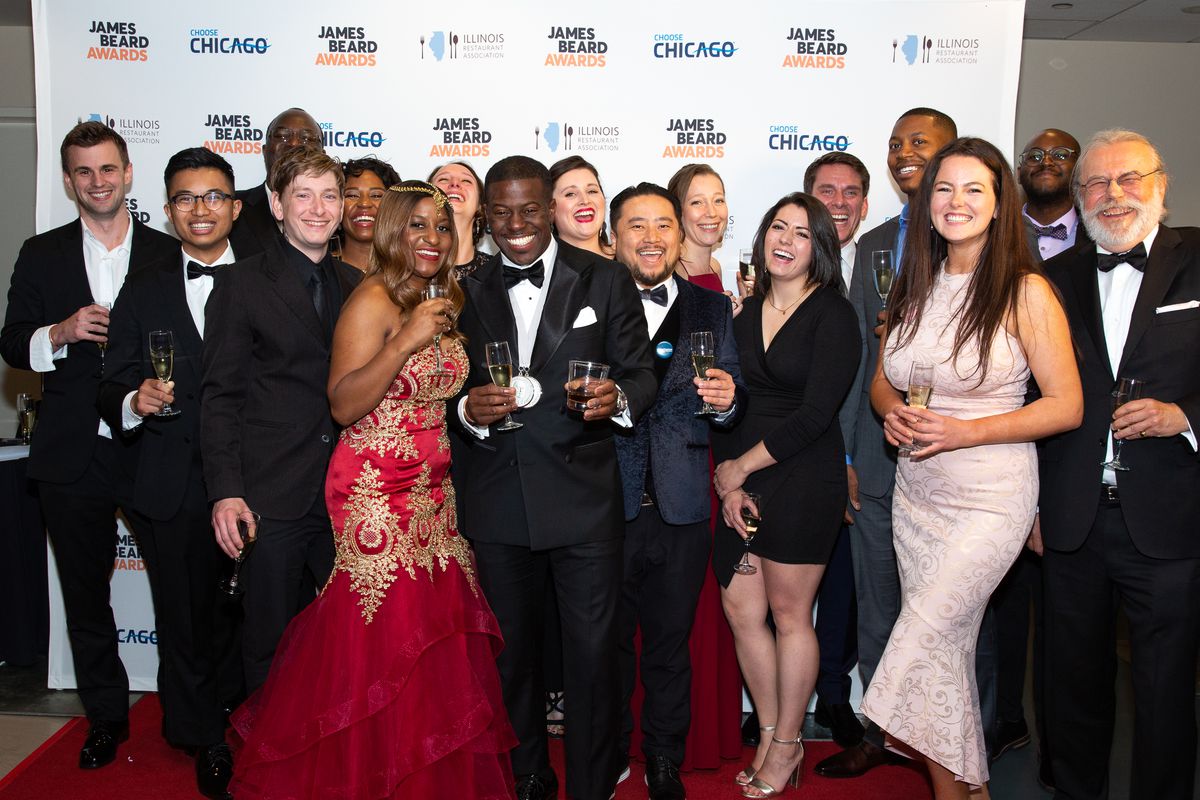 Chicago made history in 2015 as the first city to host the James Beard Foundation Awards ceremony outside of New York City since it began in 1990. This will be the JBF Awards fourth run in the city and great news as it will be hosted in Chicago through 2021. The days leading up to the awards gala is always so spectacular due to the influx of world class chefs and food industry folks from across the country in the city. Last year, RL Chicago hosted a sumptuous pre-event bash benefitting No Kid Hungry. Gibsons Italia and Esquire hosted a magnificent reception where some top chefs were letting loose with flowing Dom Perignon champagne before being transported to the Lyric. Nominations are beginning to form now so hopefully we get more Chicago representation in nominees and winners this year. DETAILS. 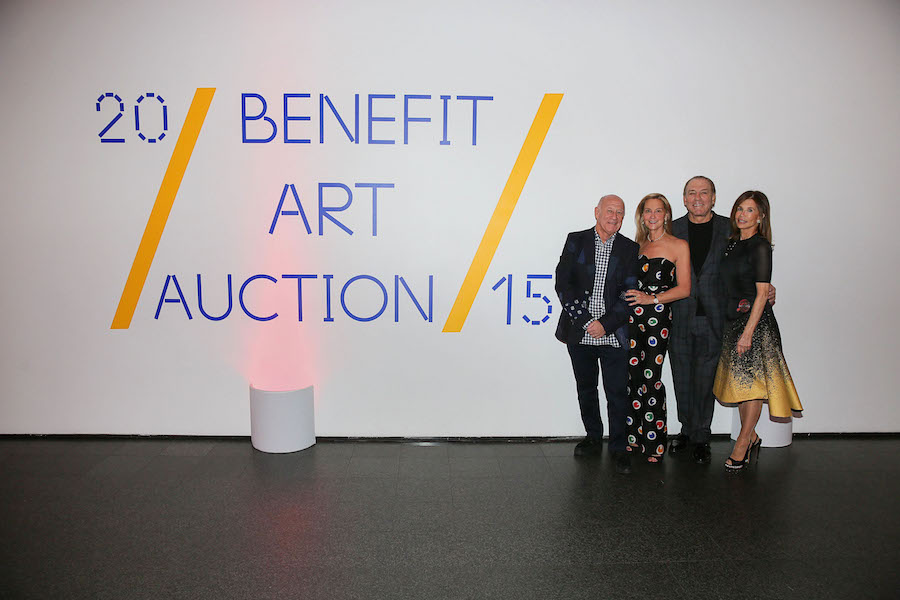 Location: Museum of Contemporary Art Chicago (MCA)
This event happens every 4-5 years and let me tell you, its a must see/must attend. The last time it took place was in 2015 where $3.7 million was raised benefitting the Museum of Contemporary Art Chicagoand I was honored to be one of maybe 2-3 writers in attendance to cover the event. That was the year Kerry James Marshall’s donated “Still Life with Wedding Portrait,” of Harriet Tubman and her first husband and it sold for $700,000 at the live auction conducted by Chairman, Sotheby’s Europe Oliver Barker to Jay and Gretchen Jordan. Illinois richest man Ken Griffin was spotted there, so were the usual who’s who high powered like the Crowns, King and Caryn Harris, Marty Nesbitt, Anne Kaplan, Theaster Gates, Nick Cave, to name a few. The MCA Art Auction isn’t technically a gala gala but its a pretty fancy affair. Get your paddles ready if you’re looking to attend, tickets start at $500/per person. The Museum of Contemporary Art Chicago Art Auction will benefit the MCA  The evening will feature cocktails and viewing, followed by a seated dinner and live auction. DETAILS 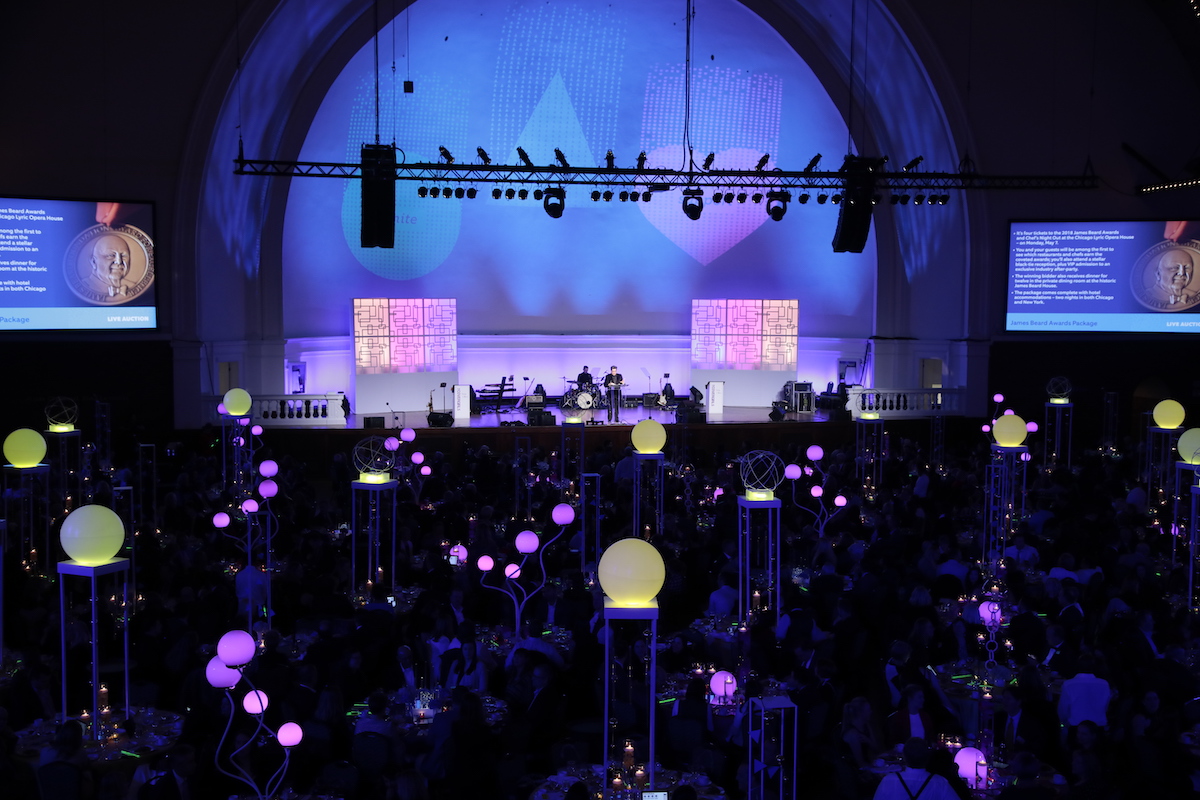 Location: Lyric Opera House
The Joffrey Ballet’s Spring gala is usually the marker for the start of warm weather gala season in Chicago and it draws a very high end crowd of old money meets new money. The gala this year is trying something new. With co-chairs Laura Kofoid, founder of Laudi Vidni and Coco Meers they are calling it the Un-Gala gala. The venue is also different as the Joffrey Ballet’s spring gala have previously mostly taken place at the Palmer House Hilton. The event promises unconventional dining meaning no formal table seating (gasp!), they are going for untied black tie-a fancy but fresh dress code. Tickets are going for $1,000/person. DETAILS.

Location: Ravinia
In 2017, world renowned violinist Itzhak Perlman along with Chicago Symphony Orchestra Conductor James Conlon, reunited for a thrilling performance before guests were led to dine, dance and raise money under the tent on the grounds of Ravinia for their Women’s board hosted gala. Multiple Tony award winner Audra McDonald performed in 2018 and this year, get ready because its sure to be a sell out crowd. Chicago native, Oscar and Grammy winner Jennifer Hudson is slated to be the headline performer. This isn’t Hudson’s first time playing at Ravinia though at the Gala’s evening performance she will make her debut alongside the Chicago Symphony Orchestra. The funds raised for the gala will benefit Ravinia’s REACH*TEACH*PLAY programs. DETAILS. 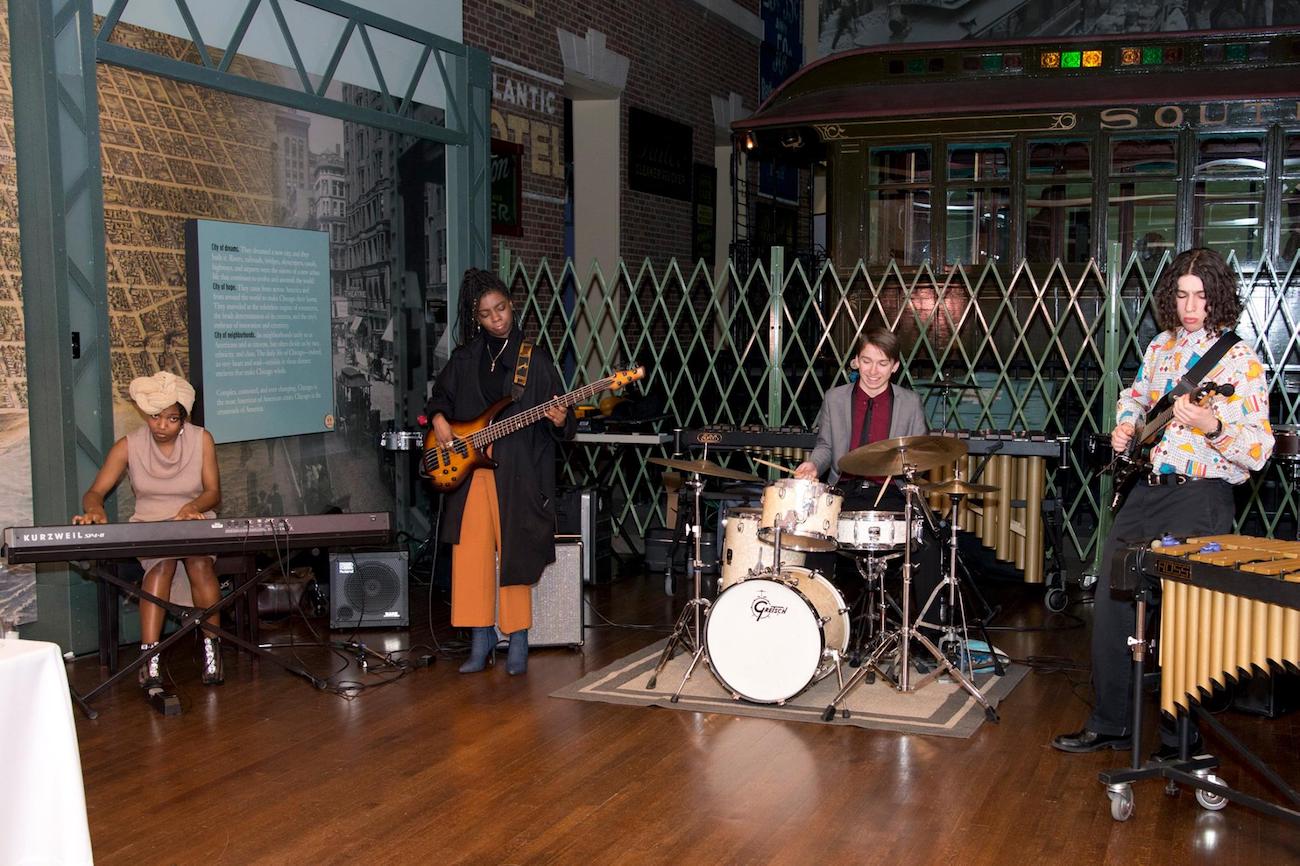 Location: Morgan Manufacturing
The Chicago High School for The Arts also known as ChiArts will celebrate 10 years since it opened its doors to the first set of students back in 2009 at its first location in Bronzeville can you say #10YearChallenge. This year’s fundraiser is exciting because it will be held at a new location -Morgan Manufacturing where guests will get a chance to view first hand the students performing. DETAILS.

Chicago Weekend Guide! Things to Do in Chicago This Weekend February 14-16

Location: Metropolitan Museum of Art in New York
Sure the Met Gala is taking place in NYC but really all fashionable eyes, Chicagoans included, will be on that event come the first Monday in May. The 2019 theme for Met Gala is a bit confusing and I’m really looking to see how each celeb and the designers, like Harry Styles and Alessandro of Gucci, dressing them interprets Camp: Notes On Fashion. Along with Vogue EIC and Condé Nast artistic director Anna Wintour, Met Gala 2019 will be co-chaired by Lady Gaga, Alessandro Michele, Harry Styles and Serena Williams. This year Andrew Bolton, curator of the Costume Institute, framed the exhibition around Susan Sontag’s seminal 1964 essay Notes on “Camp.” DETAILS 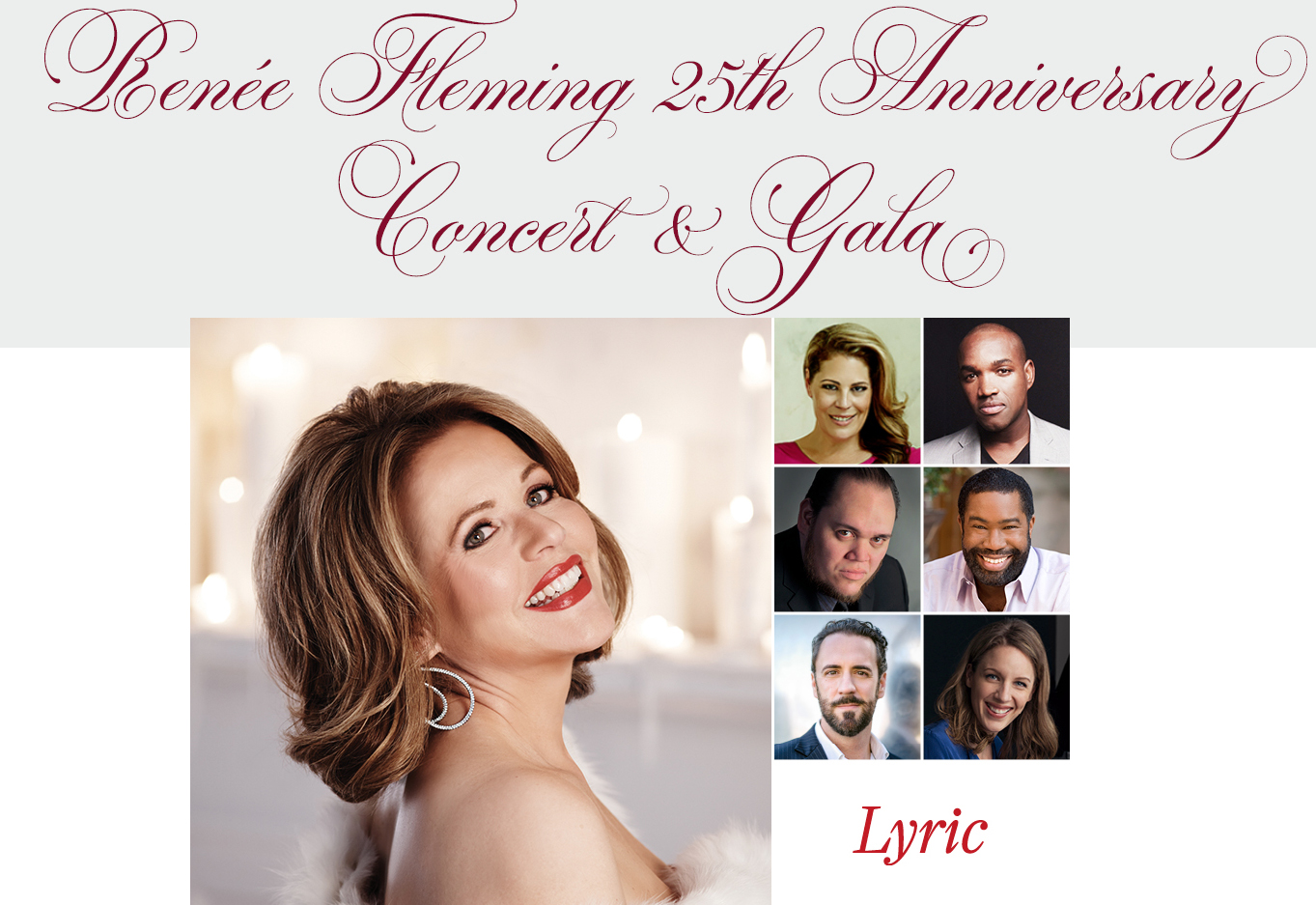 On October 9, 1993, The Lyric Opera of Chicago premiered a new production Susannah by American composer Carlisle Floyd with Renée Fleming playing the title character of Susannah. The acclaimed, world-renowned soprano who elevated the world of Opera to earn the nickname “The People’s Diva” has also kept the relationship with the Lyric since that debut and in 2010 began as run as Lyric’s creative consultant. On March 23, a one-night-only celebration of Renée Fleming’s 25 years at Lyric Opera of Chicago as an Artist, Creative Consultant, and Mentor to countless rising stars will be held where the Lyric Orchestra and a cast of friends will give a special performance with an exclusive Gala at The Ritz-Carlton following the performance. Celebrate with us in style as we pay tribute to Ms. Fleming with dinner and dancing until the clock strikes midnight. The glamour of this special evening will be matched only by Ms. Fleming herself! DETAILS.

Two years ago, the MCA exhibition for Takashi Murakami’s was one of its record breaking highly attended exhibits of the year. The gala to celebrate that exhibit was epic. Ashley and Pam Netzky were co-chairs, Murakami had on a snazzy Octopus suit, Janelle Monae performed at the after party and it was a SOLD OUT affair. Well get ready because I have a feeling this year’s exhibit also curated by James W. Alsdorf Chief Curator Michael Darling will be on for the record book as well. Before the exhibit opens to the public, this year MCA will host the celebration opening gala of Virgil Abloh “Figures of Speech” co-chaired by a hip, cool and powerful group: Dr. Julius Few, D’Rita and E. “Robbie” Robinson, Mary Ann and Ben Weprin. Dr. Few is the founder of the Few Institute For Aesthetic Plastic Surgery. E. “Robbie” Robinson is the rising money man MD at BDT who took a brief hiatus for the Obama’s to work on the Obama family’s finances then the family moved out west but he’s back in BDT. Ben Weprin is the developer that has had major success with Chicago Athletic Hotel, Soho House and more. Ticket prices start at $2,500. DETAILS.

Shoe Brand Obsession of The Moment Are Malone Souliers