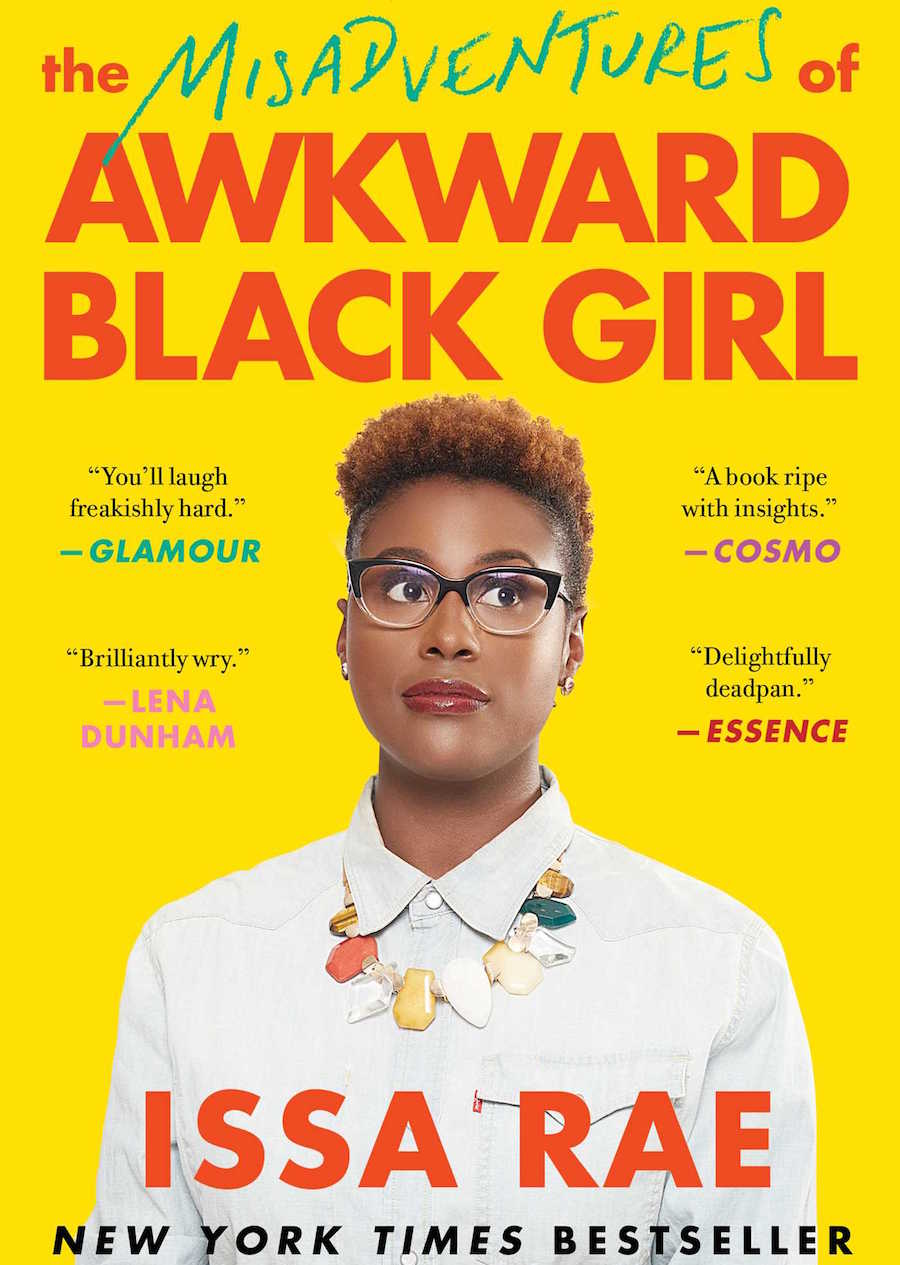 Although her viral web series and book are all about mis-adventures of an awkward black giril, Issa Rae’s career has been everything but. From the time her Youtube series, The Mis-Adventures of Awkward Black Girl, debut in 2011 to viral success, to now as she’s ready to take on the small screen with her new show on HBO. Rae has been featured twice on Forbes’ “30 under 30” and her book The Misadventures of Awkward Black Girl is a New York Times bestseller. Now, Rae’s newest offering, Insecure, which has been in the works since 2013, is set to be released this fall. The upcoming show has already been preemptively deemed a hit by CNN . We course the timeline of this high achieving, future Shonda Rhimes, from her time at Stanford University, to filming her first full show on a major cable network.

Issa Rae (real name Jo-Issa Rae Diop) graduates from Stanford University with a major in African and African American studies and a minor in political science. During her time there as an African/African American Studies major, Rae was active in the theater community, producing a stage version of Spike Lee’s classic film School Daze. Rae got her first taste of webseries stardom with her show Dorm Diaries. The Real World-esque mockumentary featured an all black cast and followed the adventures and misadventures of students on a college campus. Posted primarily to Facebook, the series spread not only at Stanford but to other universities like Harvard and Georgetown. Rae got a fellowship to work with Public Theater in New York where she made plans to pitch Dorm Diaries to a network but during her time in New York, Rae’s home was robbed of her equipment and several scripts. Depressed, broke, and frustrated with her life of film industry networking, Rae sat in her apartment one night and wrote out a declarative statement that would serve as the genesis for J,  the protagonist of Awkward Black Girl.  ‘‘I’m awkward, ” Rae wrote, ” And black.’’

On February 3, The Mis-Adventures of Awkward Black Girl premiered on Youtube attracting almost 2 million viewers on the first episode. Although she came up with the idea in 2009, Rae would let it rest for two years before being re-inspired by an article by Leslie Peterson.

After the first episode went viral and garnered massive media coverage, Rae and friend Tracy Oliver (who played Nina) were able to raise more than $50,000 via Kickstarter to fund the rest of the first season.

On March 26, Awkward Black Girl wins the Shorty Award for “Best Webshow.” The Shortys is an annual awards show that honors the best content creators and producers on social media.

— Issa Rae (@IssaRae) March 27, 2012
Issa Rae teams up with Pharrell Williams and his brand i am OTHER for the second season of Awkward Black Gir which premiered on June 15, 2012

Between 2012 and 2013, Rae also created several other web series including her show The Choir, The “F” Word, and Ratchetpiece Theatre.

Rae worked with Grey’s Anatomy and Scandal creator Shonda Rhimes to produce a pilot for ABC titled I Hate LA Dudes. The show would have followed the dating life of an up-and coming journalist. Although ABC purchased the rights to the program, they ultimately passed on it.

In February, according to her NY Times Magazine profile, Rae was approached by Casey Bloys, HBO’s executive vice president of programming. It was then that Rae first brought up the idea for Insecure, a coming-of-age narrative of sorts. It tells the story of a woman, played by and based on Rae herself,  who is pushing thirty and coming to terms with the arrival of adulthood. Rae was then introduced to agency-mate (she’s signed to 3 Arts Management) Larry Wilmore(Nightly Show, Daily Show, Bernie Mac show to name a few), who helped her through the screenwriting process.

HBO approves the script for Insecure, but Rae’s battle to retain her vision for the show is just beginning.

Rae founded Color Creative, or CoCre.Tv, an initiative that seeks to bring attention to minority writers by marketing and displaying their work while also garnering support from viewers for show pilots to be showcased to a wider audience. “We’re providing a unique opportunity to get your pilot made…Instead of going through the development process that can take a year, we’re getting content made within a month and exposing it to an audience to get support behind it.” Rae said of the new endeavor.

“We’re providing a unique opportunity to get your pilot made…Instead of going through the development process that can take a year, we’re getting content made within a month and exposing it to an audience to get support behind it.”

HBO greenlit the pilot  for Rae and Wilmore’s  show Insecure.

In February, Issa Rae’s book The Misadventures of Awkward Black Girl is released. Rae initially envisioned the book as a work of fiction, but after receiving an offer to write a book of essays, Rae studied the books of notable funnywomen like Tina Fey and Sarah Silverman to gain inspiration for her own book.

A New York Times profile on Rae, published in August 2015 titled “The Misadventures of Issa Rae,” detailed some of the struggles Rae experienced trying to get her vision to the small screen. Rae struggled to find a team that was willing to preserve the image she saw for the show. Rae reportedly wanted Chris Rock to direct the pilot but that partnership fell apart when Rock wanted to move the location from Southern California, where Issa Rae is from, to New York. Rae also found that HBO wasn’t as interested in casting young women of color as she was. HBO opted for, as they put it, experience. Prentice Penny, a seasoned hollywood writer who got his start on the show Girlfriends, was finally tapped as the showrunner for Insecure in July 2015.

“I knew I wanted to showcase a lot of the awkward experiences I’ve encountered in my own life… I didn’t realize how much of that has shaped who I am now. Even with doing the series of “Awkward Black Girl,” I took a lot of those experiences and just put them in adult situations. I guess the blueprint was just thinking about myself and my family and going from there.”-Issa Rae to the L.A. Times on February 5, 2015 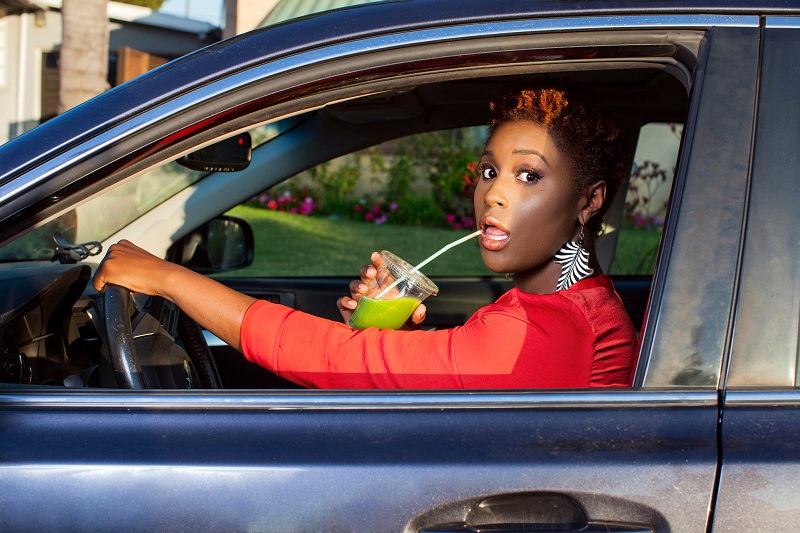 Deadline reports on the casting for Insecure. Jay Ellis who starred as Blue on BET’s The Game‘s and Yvonne Orji (Basketball Wife)  were cast opposite Issa Rae.  Co-written by Rae and Larry Wilmore it will be directed by  music and commercial video director Melina Matsoukas.

In late June, The first trailer for Insecure is released. The series is slated to be debut October 9.

Beyond excited to share the first teaser for #InsecureHBO with you! Y’all ready for Fall? @HBO https://t.co/tSjCd3n7mZ

So you see, overnight success is just a myth. Rae is a testament that if you have a vision and you have goal, stick with it. It might not work out that day, that month or year but with enough elbow grease, persistence and the right doors opening you can do it. We can’t wait to watch Insecure come October 9.