If you’re reading this, congratulations! We’ve survived another “new normal” or whatever we wanna call it week and there was a whole lot that happened in the news from Monday August 3 through Friday August 7. From hard news to pop culture and everything in between, we give you a breakdown of our week in review.

On Monday Axios finally aired its much teased interview with US President Donald Trump and O.LEE.SHEET! You would think its was straight out of a VEEP storyline or a Daily show skit but nope, its as real as it gets. The President talks about, dodges multiple questions that should’ve been given straight answers and event busted out some graphs. God bless Jonathan Swan and his skills and somewhat patience cause man! {AXIOS ON HBO} 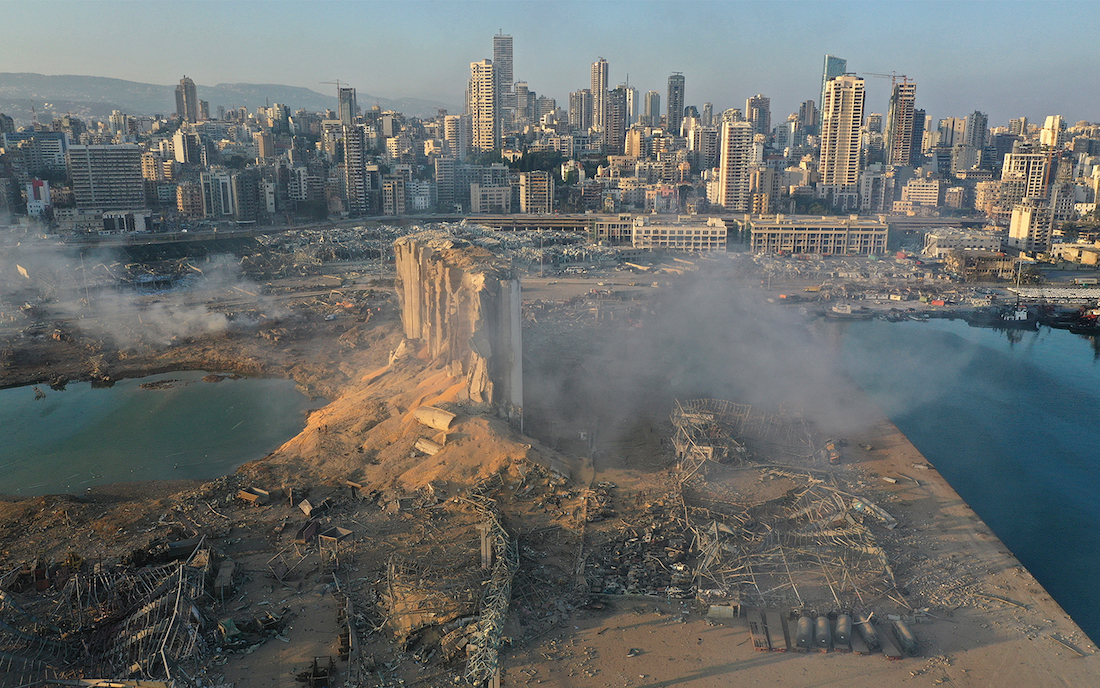 Heartbreaking is an understatement in describing the sight of the blast and aftermath at the Port of Beirut, Lebanon. Investigators now say the cause of the mid-day blast, initially was a fire on the city’s northern Mediterranean coast in a building housing fireworks but sadly in that same port, there was over 2,750 tons of ammonium nitrate that had been sitting idle and boom it went. The sad reality is the issue to do something about the nitrates was escalated to parts of the Lebanese government but no action was taken at that time, now they want to go and place officials under house arrest. The blast has left as many as 300,000 people temporarily homeless, meanwhile the alleged Russian businessman who owned the abandoned cargo ship, is somewhere in Cyprus I assume chillin and enjoying life. There’s an estimated 135 people reported dead and over 5,000 injured but sure these numbers will change in days to come. Many are urging potential donors not to donate to the government but rather NGOs as the country is fraught with corruption. French President Emmanuel Macron was visited the site of the blast, even before Lebanese officials.  {NEW YORK TIMES}

Krissah Thompson has been appointed The Washington Post’s newest managing editor for diversity and inclusion. In the paper’s 143 year history, she is the first black woman to be named in that role and we pray she won’t be the last and one day we won’t have to keep writing the first black to ____. {WASHINGTON POST}

Kanye West has had an eventful couple of weeks, on and offline. The hitmaker, designer and aspirant presidential candidate spilled the tea that he’s been trying to DI-VORCE his wife Kim Kardashian West and also that their first daughter North West was to be aborted before God changed plans. CHIIIIIILE!!!! All this was just tewmuch for Mrs. West who decided to meet her husband face-face to talk through this in a paparazzi captured emotional meeting with her husband in Wyoming and now the whole family is on a “make or break” vacation to hopefully resolve their issues and stave off DI-VORCE? They’re on a Caribbean Island “staying in what is described as a “fortress” … an estate that is so remote it’s virtually impossible for trespassers to get close.” Oh its serious serious. {TMZ}

Did you hear about the new The Bachelorette season shakeup? So Claire Crawley, was announced pre-covid to be the new bachelorette right? Taping was all set to begin then ‘Rona hit and plans shifted. Somehow, one of the eligible bachelors allegedly Dale Goss found her info, reached out, they connected and had been chatting BEFORE filming began. Now Claire’s knee deep in her feelings and in love maybe engaged and doesn’t want anyone else. Producers scramble and boom we have a new Bachelorette, Tayshia Adams from Colton Underwood’s season. Can you say D.R.A.M.A.T.I.C! {PEOPLE}

Let’s give it up for this young black father therapist Kier Gaines, giving the real deal Holyfield tea on the joys and of course obstacles to being a father that’s present. {TODAY}

There was a time when the United States blue passport was (still is depending on who you ask) the most revered item that “allowed for privileged entry to just about anywhere in the world, nearly borderless travel” says the author and now according to a passport ranking which measure not social or economic power but something of growing status and currency in our increasingly interconnected world—the freedom to travel, “the US passport is ranked number 7” globally. This author devles into the decline of the US passport. {TOWN & COUNTRY} 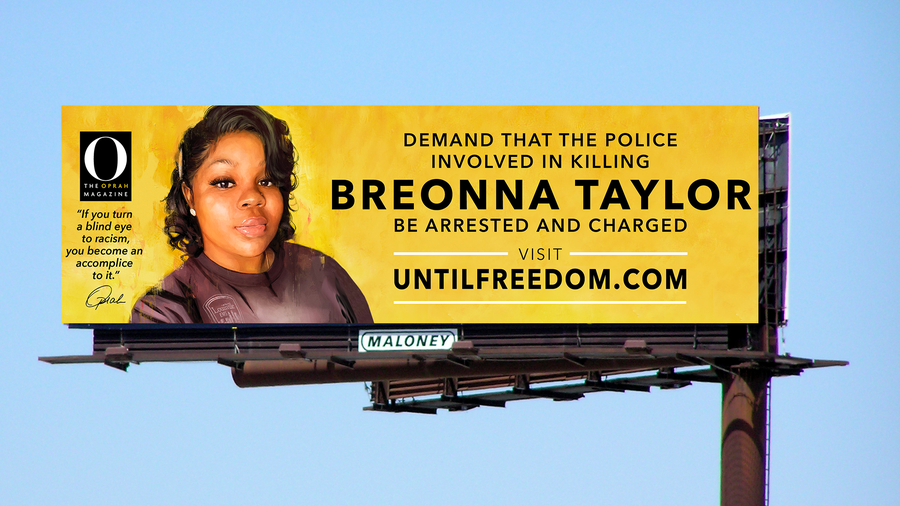 In the 20 years of the Oprah Winfrey magazine, she has always been the cover star but the mag which will shutter print publication but continue digitally made headlines when the September issue of the magazine featured not Oprah but BREONNA TAYLOR. She is the young lady who was gunned down by Louisville police serving a no-knock warrant in the dead of night at the wrong house. Winfrey has taken her call for justice for the officers hat killed her to be charged by securing 26 billboards demanding justice for Breonna Taylor around Louisville, KY – one for every year of her life! {WLKY} 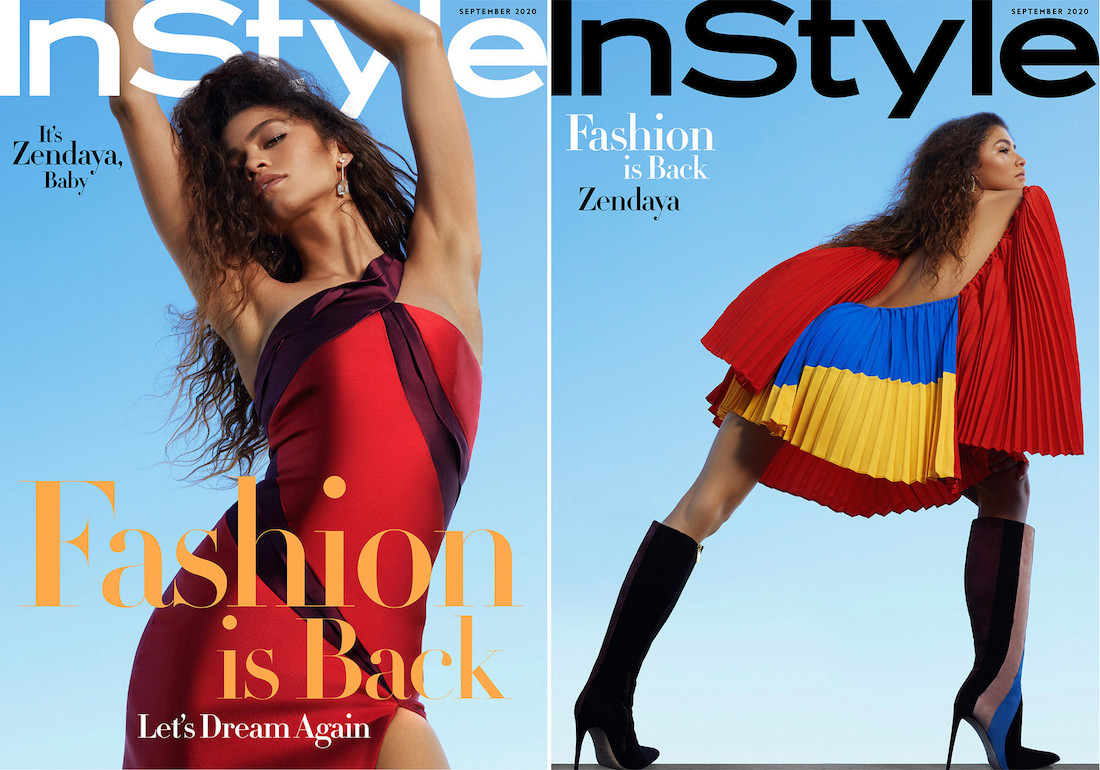 The September issue of Instyle magazine IS LITT for real! The Issue features actress Zendaya, who recently scored her first Emmy nomination for her thrilling performance in Euphoria, styled by longtime stylist and Chicago native Law Roach. The iconic thing about it that she’s wearing all black designers from apparel to accessories. {INSTYLE MAGAZINE}

President Trump is still on the warpath to ban TikTok from the United States and he recently announced he’s giving the ByteDance owned company 45 days to shut down/be banned or be bought by an American company, something Microsoft is lining up to do. There’s going to be a slew of very angry Gen Z’s that will make their displeasure known. {AXIOS} 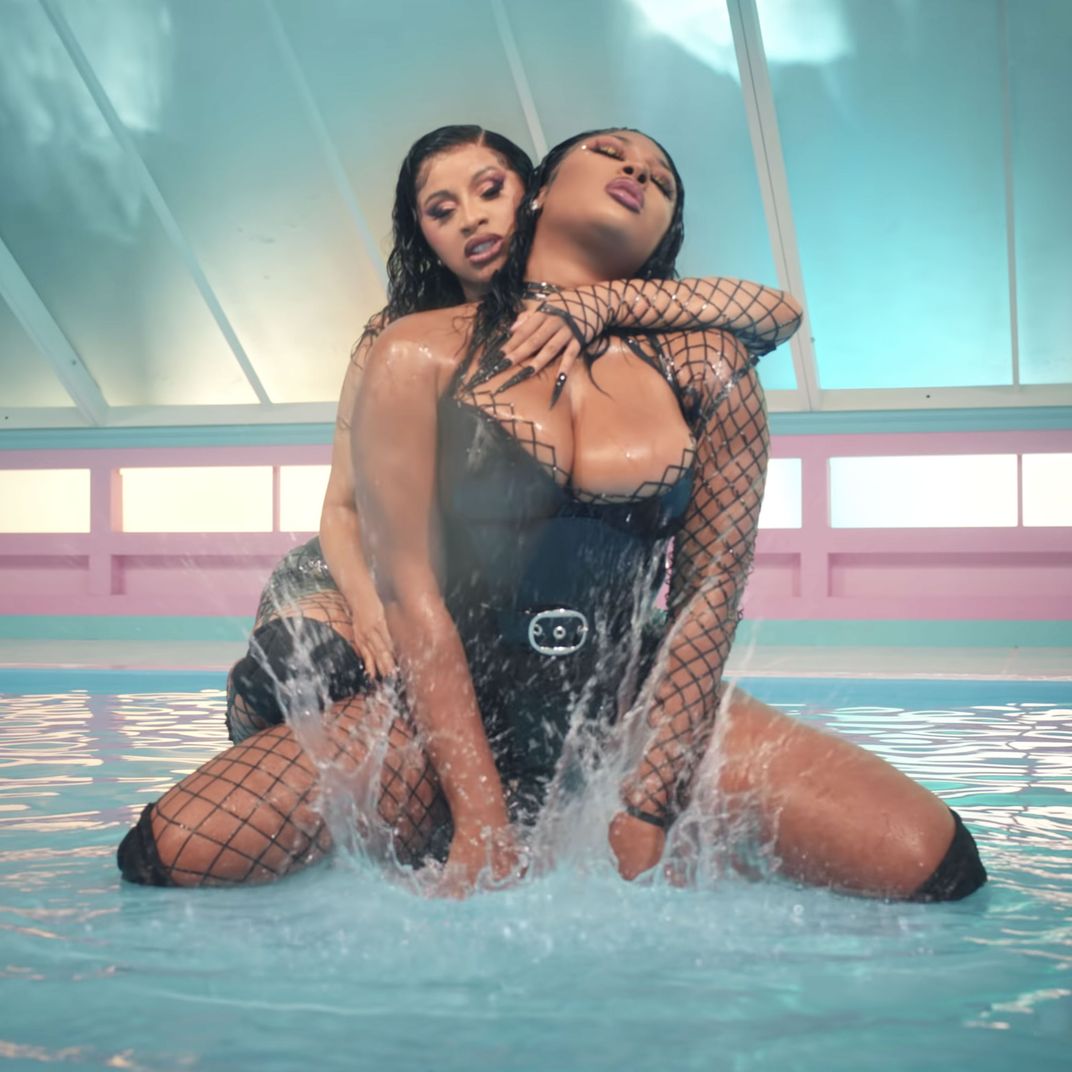 If you’re old enough to remember the days of prime music videos; I’m talking Hype Williams, Director X, Chris Williams era of music video. If you remember and longed for vids like that, the new WAP video from Cardi B with Meg Thee Stallion is very reminiscent of that but with current themes. The fashion, the choreo, the raps and guest cameo sans that one everyone is petitioning to have removed. The video is a hit, the explicit version is rawwwwwr. Have a watch at the “clean version” {YOUTUBE}

Some black boy joy for your viewing pleasure. Who else get’s hyped and air drum when this part in the Phil Collins song comes on?

Want to keep up with our latest coverage plus exclusives? Click here to get this and more scene worthy items delivered to your inbox.