Chicago native Hebru Brantley has been tapped by Bombay Sapphire gin for its first ever limited edition artist designed bottle which  launched July 1 and is now available to buy in select states; this launch will benefit the Chicago chapter of Black Lives Matter. The limited-edition bottle design reflects Brantley’s reinterpretation of the iconic blue Bombay Sapphire bottle infusing distinct Afro-Futuristic designs, paying homage to his early roots in street art and featuring bold and vibrant hues along with some of his famous characters.

“When you create something unique like this, you want it to inspire hope for a better future and shine a light on the courage and resilience of Black people in America.” 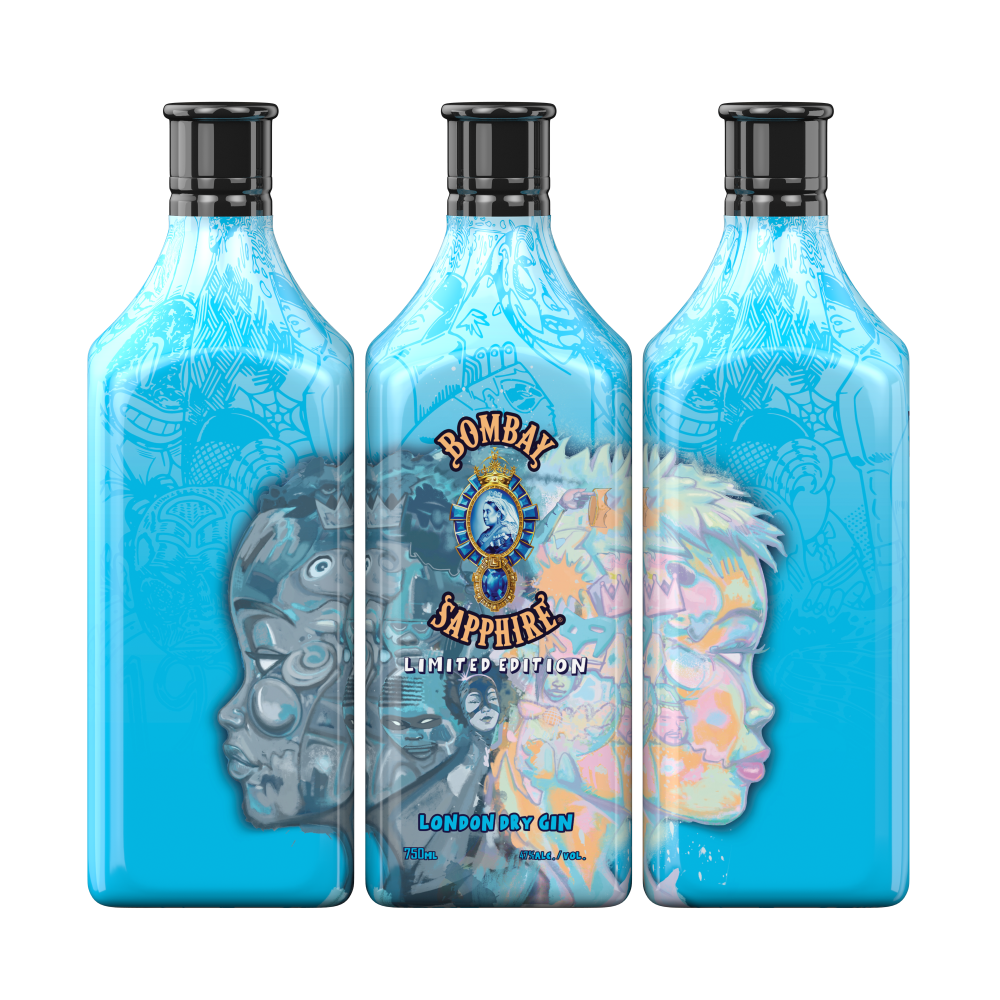 Though currently based out in Los Angeles, Brantley’s relationship with Bombay Sapphire actually began years ago in 2011 when as an up-and-coming artist, he qualified as a Chicago finalist for the Bombay Sapphire Artisan Series (they used to hold those at Gallery Guichard). He went on to have his artwork showcased at Scope Art Fair during Art Basel/Art Miami weekend the following year where he nabbed a heavy hitter client-Jay-Z and Beyonce-and the artist has grown in recognition and amassed some big name clients like George Lucas and Melody Hobson, Swizz Beats to name a few since. 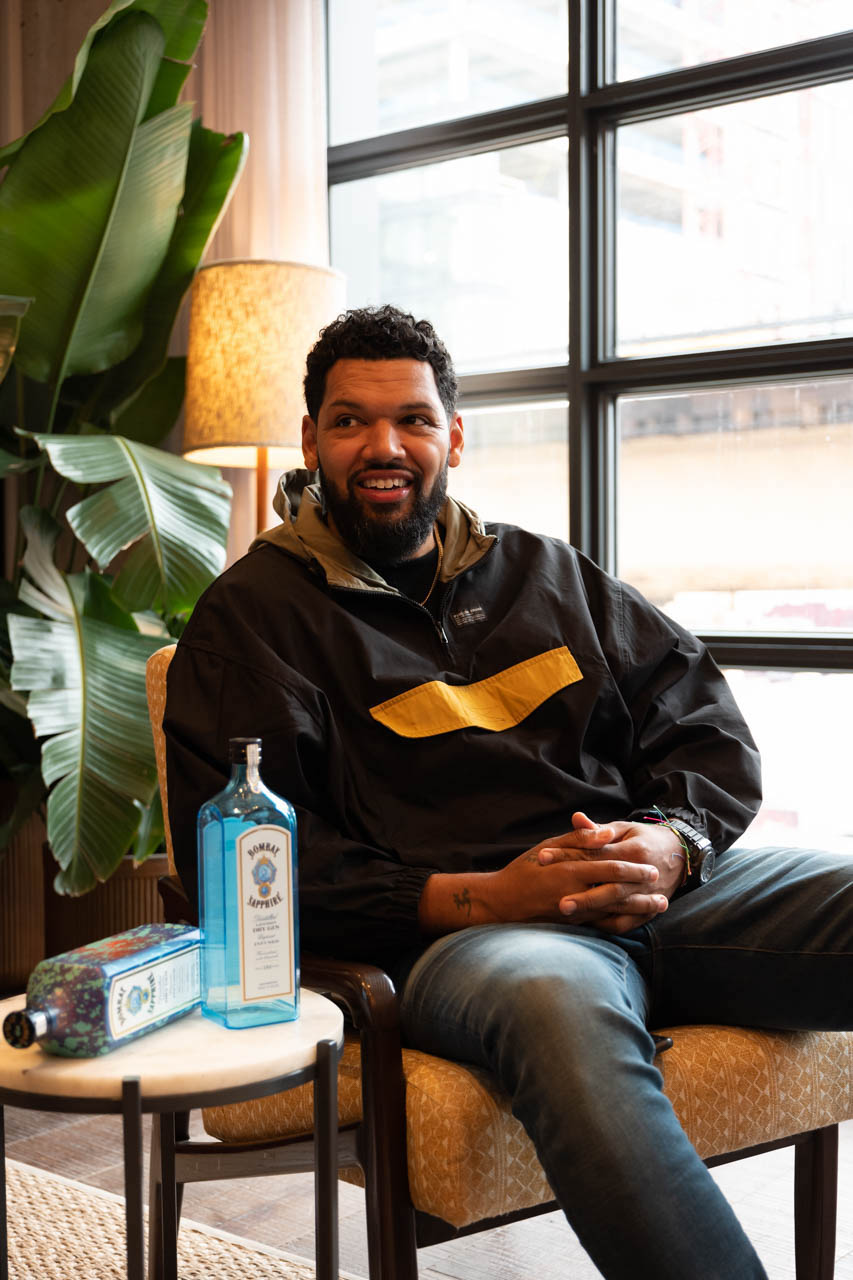 Bombay Sapphire’s first limited edition bottle designed by Hebru Brantley is an extension of their Stir Creativity global platform – a steadfast commitment to empowering people to awaken their creative potential. On the launch Brantley said, “It can be pivotal when an established, global brand like Bombay Sapphire believes and invests in up-and-coming artists early in their careers. My relationship with Bombay Sapphire began with the Artisan Series almost a decade ago, which played a role in jumpstarting my career, now the relationship has come full circle with my reinterpretation of the iconic Bombay Sapphire bottle, which is an extension of my submission piece for the Artisan Series. When you create something unique like this, you want it to inspire hope for a better future and shine a light on the courage and resilience of Black people in America. It felt only right that Bombay Sapphire and I were able to do this together to benefit Black Lives Matter Chicago, to support the critical work they do in fighting for racial justice in my hometown.” 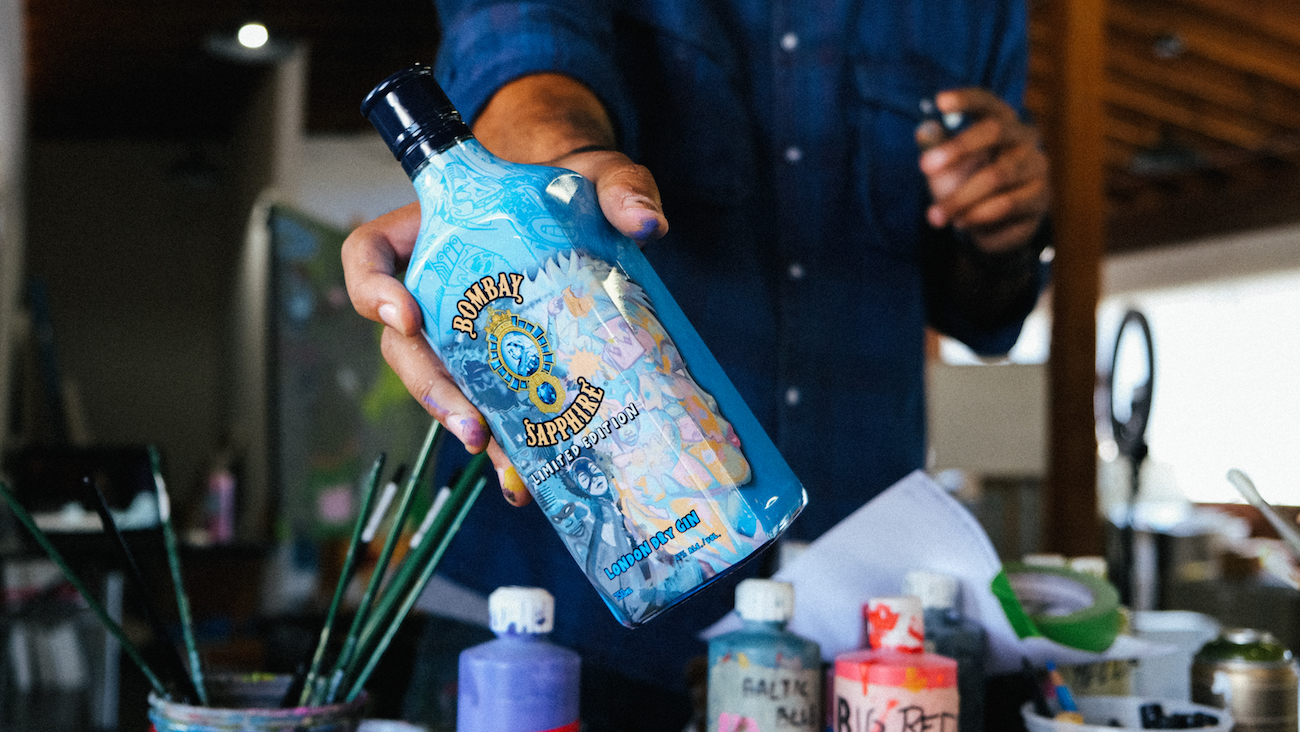 The Bellevue To Take Over Former Tavern On Rush Space

“Bombay Sapphire has always been a champion for equal representation in the arts, and it was absolutely essential to us that we make this donation to support the Black community. Art has the power to create change, but this is just a small step. We recognize that we can and will implement more long-term initiatives to champion marginalized voices in the creative arts — a mission that has never been more critical than it is now.” -Tom Spaven, North America Brand Director Bombay Sapphire gin. 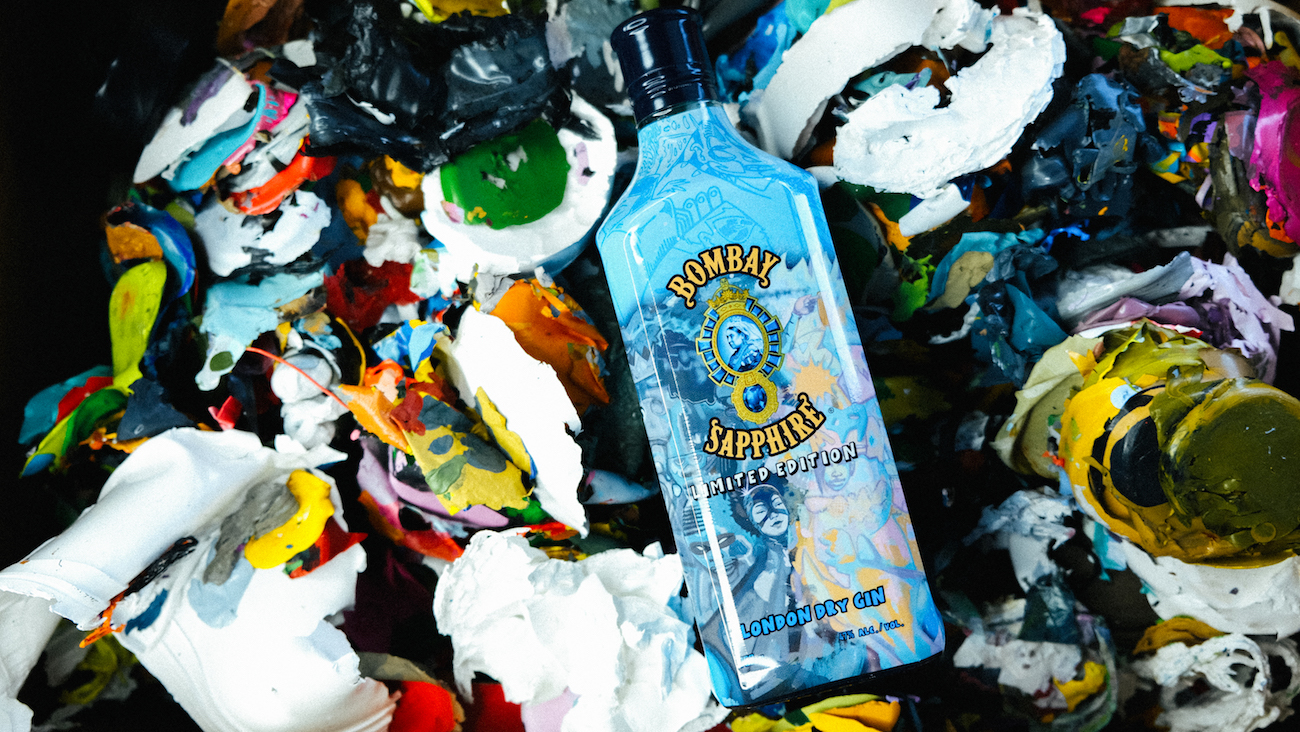