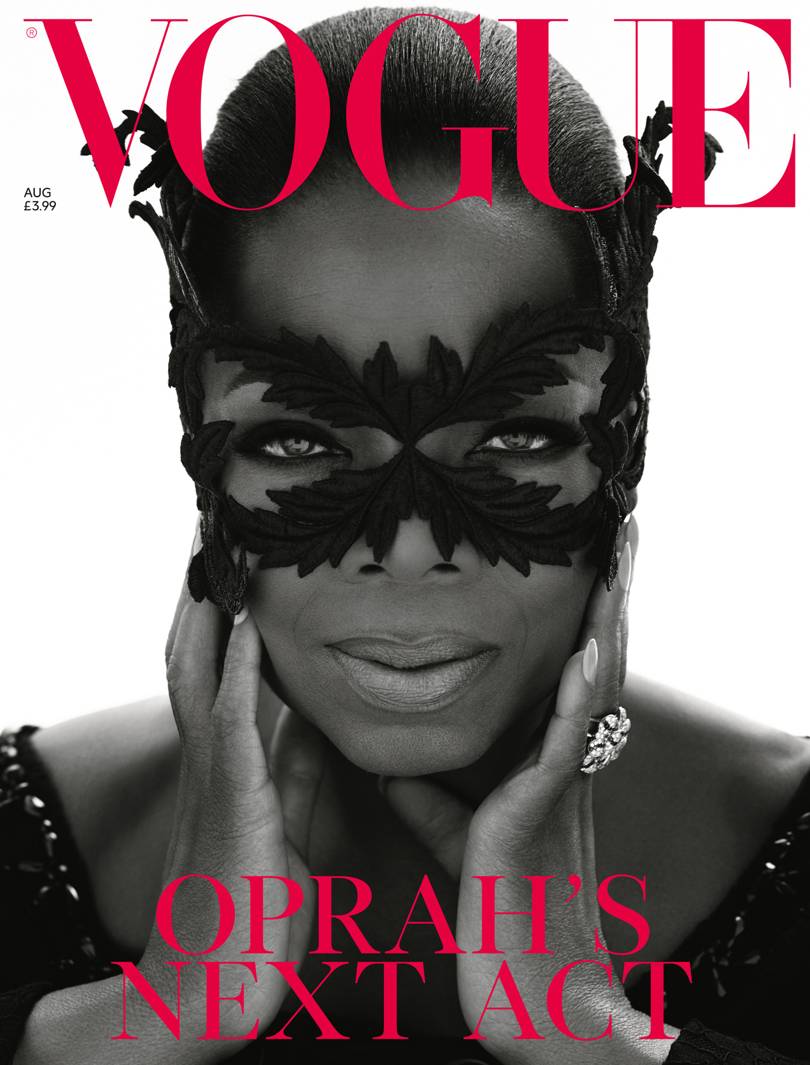 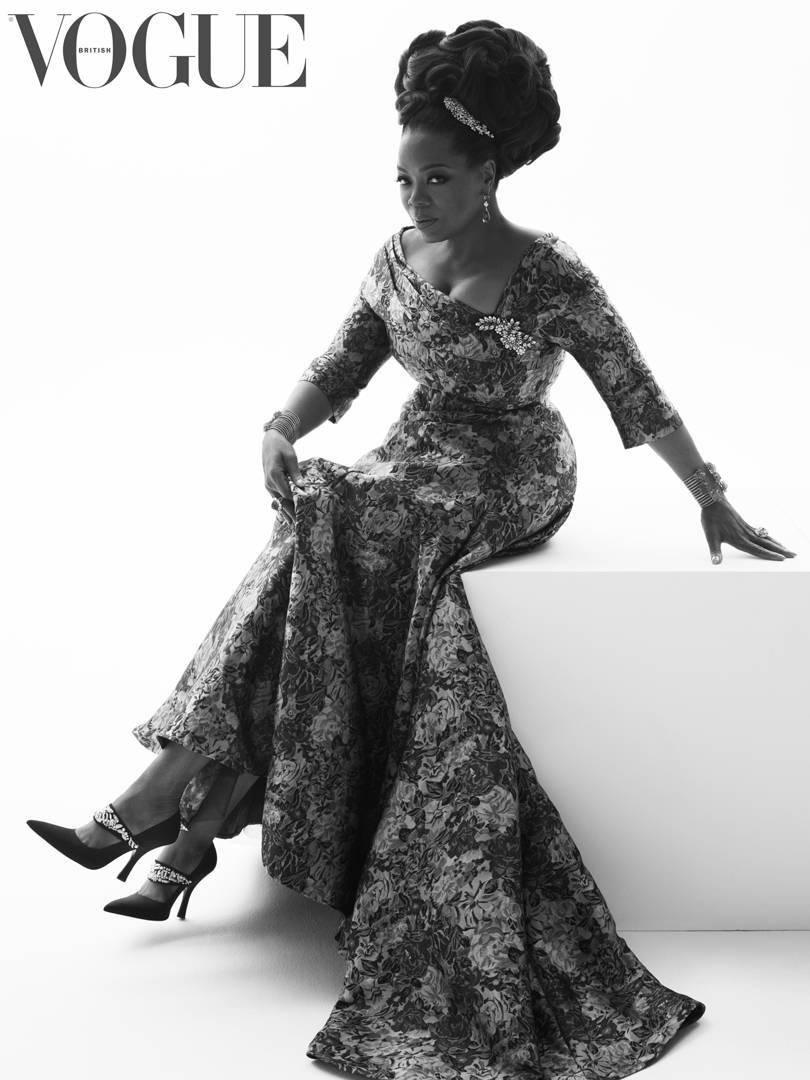 Oprah Winfrey is a name that needs no introduction. Queen O, the media mogul got her start right here in Chicago will never not be an inspiration to many, including this gal. Starting with the Oprah Winfrey Show which she taped at her Harpo studio in Chicago’s West loop before West loop even became one Chicago’s hottest and most expensive neighborhoods, to starting her magazine and everything in between.  After announcing she was ending her show and moving her empire out west, the ride for her act II proved bumpy at first but you can never count Oprah out. Not only is her OWN network thriving, her magazine business is too and it was recently announced she signed a very lucrative multi year content partnership deal with Apple. 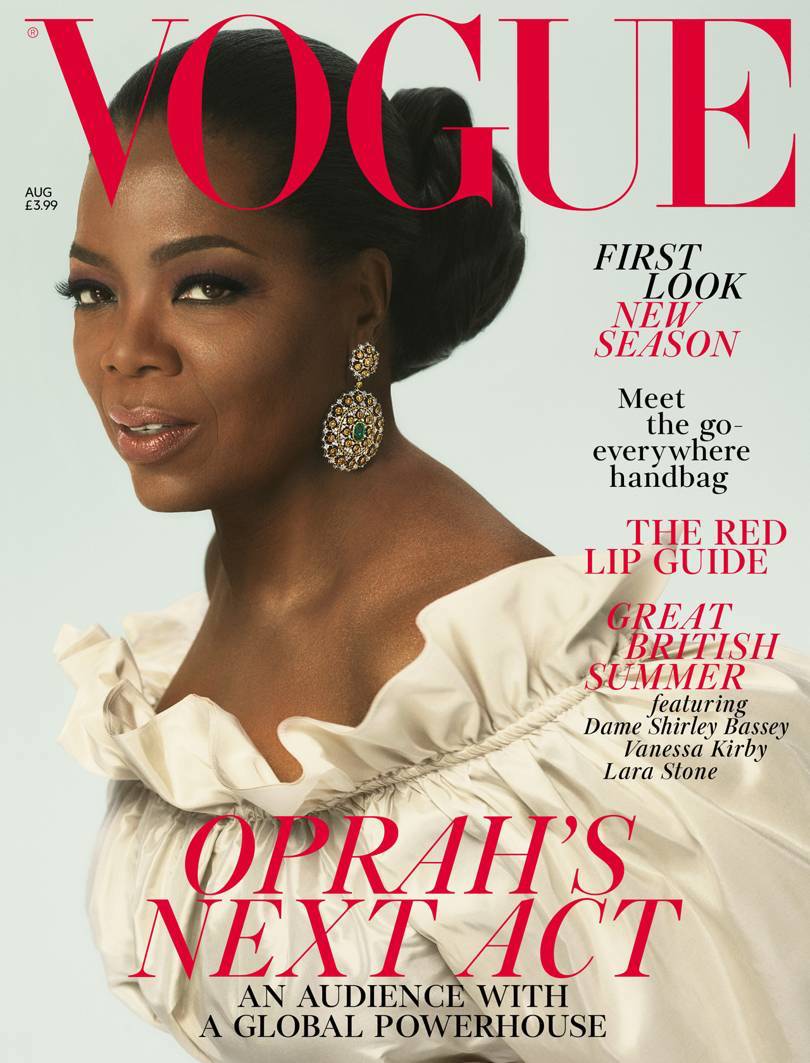 Queen O is the August 2018 cover star of British Vogue. The spread and cover was photographed by Mert Alas and Marcus Piggott, written by Decca Aitkenhead, styled by Vogue editor-in-chief Edward Enninful, with hair by Nicole Mangrum and Malcolm Edwards, and make-up by Derrick Rutledge. You’ll remember new British Vogue Editor-In-Chief Edward Enninful hosted an ‘Afternoon Tea In Honour Of Oprah Winfrey’ back in March 2018 to celebrate her role in A Wrinkle In Time, wonder if that’s when the shoot took place? 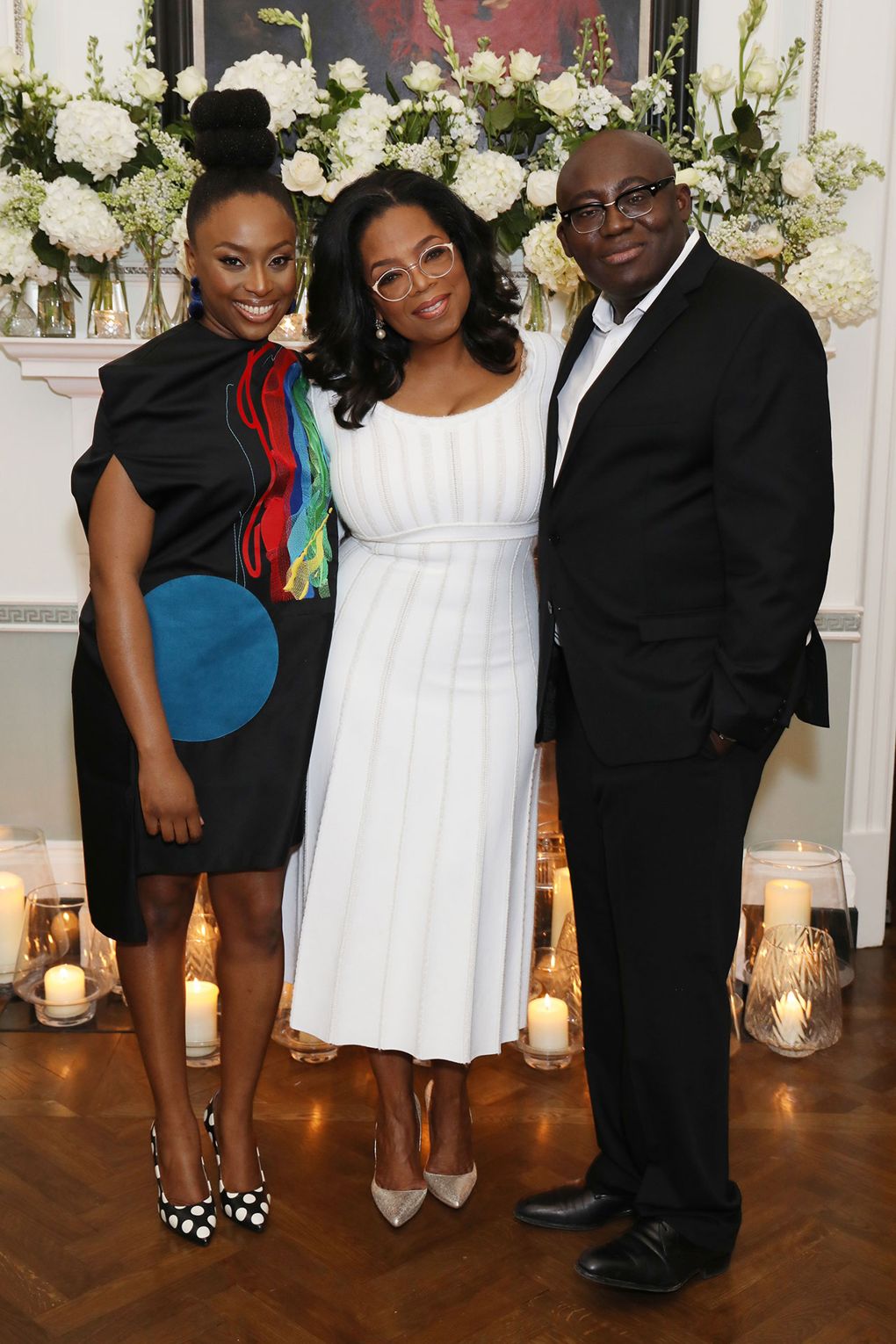 On the cover of the issue (see photo above) Oprah is dressed in a custom-made taffeta gown by Stella McCartney and white-and-yellow-diamond and emerald earrings by Buccellati. She also wears a made-to-order green jacquard gown with brooch and jewelled shoes by Erdem and  made-to-order duchesse-satin dress by Alexander McQueen. She’s dripping in jewels from Van Cleef & Arpels, Asprey, BuccellatiBulgari,  G by Glenn Spiro and Moussaieff. 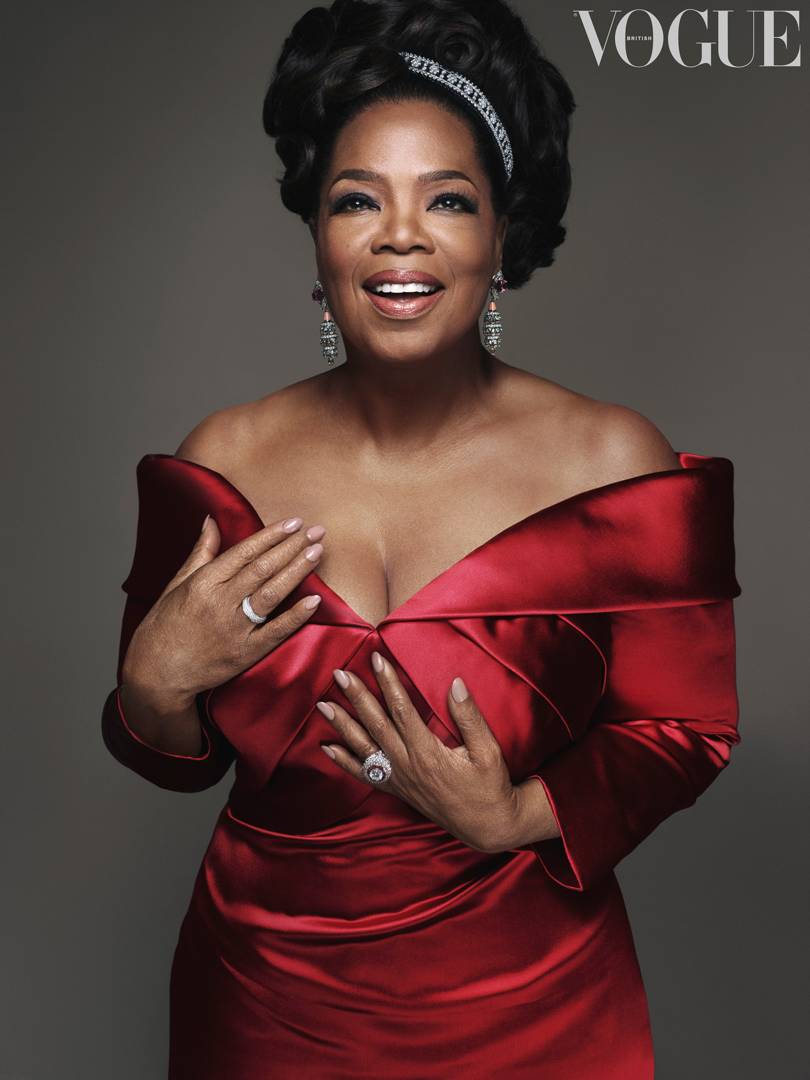 “Inside the issue, the media icon discusses race, feminism, her Royal wedding appearance, the loves and losses in her life – and that rumoured move into politics – in a rare one-on-one interview with writer Decca Aitkenhead.”

On the royal Wedding:
“It left me feeling that anything is possible through the power of love. Reverend Curry was right!” The star also reveals how wedding guest dressing can still be a minefield, even when you’re Oprah. Two days before the wedding, Winfrey looked at a photo of the cream dress she had commissioned from Stella McCartney and realised it “looked white, not cream. I Googled, ‘Can you wear white to a wedding? Answer: ‘No, don’t risk it.” In the end, McCartney worked round the clock to remake it in pink, to headline-grabbing effect.

It was following her rousing Time’s Up speech at this year’s Golden Globes that talk of Oprah 2020 reached fever pitch. But anyone hoping a presidential bid might be in the works for Winfrey will be sadly disappointed. “In that political structure – all the non-truths, the bullshit, the crap, the nastiness, the backhanded backroom stuff that goes on – I feel like I could not exist,” Winfrey says. “I would not be able to do it. It’s not a clean business. It would kill me.”

Winfrey goes on to explain how she squares her spirituality and self-help advocacy with the #Metoo and Time’s Up movements. “People talk about ‘these are such dark times’, but what if we shift the paradigm? Because I see it differently,” she asserts. “I see, ‘Isn’t this remarkable that we’re waking up?’ For years, women have endured craziness. This is what’s happening to people. They’re allowing themselves to not just become corroded, but to become hysterical. You’ve got to lean to the happiness.”

The August 2018 British Vogue will be on newsstands on July 6.
Source: Vogue UK