A year-round rooftop destination with over 36,000 sq. ft. of indoor and outdoor space, Offshore, is set to open later in May in Chicago’s Navy Pier (1000 East Grand) as the ‘nation’s largest’ rooftop, promising to elevate the Chicago skyline to another level while offering locals a truly unique perspective of The Windy City and Lake Michigan. 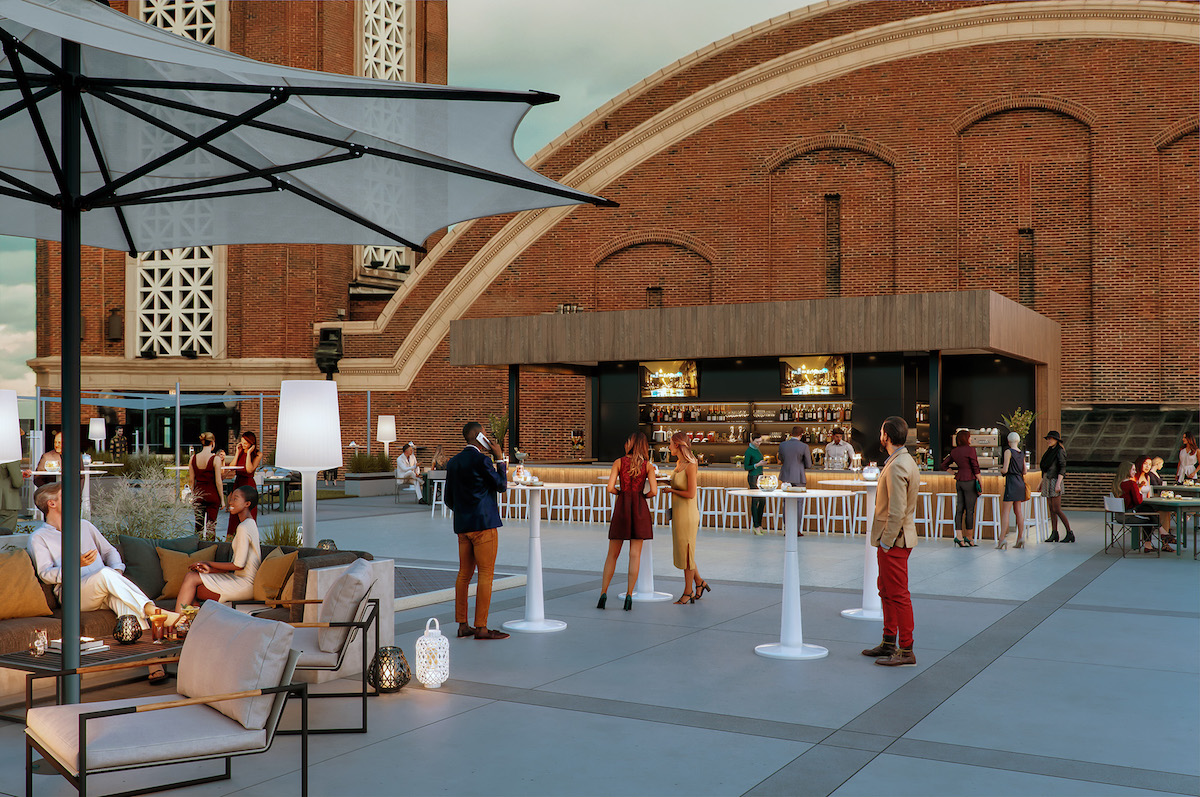 Offshore which will be on the 3rd floor of Navy Pier’s Festival Hall, promises a full-service luminous bar and world-class kitchen led by Executive Chef Michael Shrader, terraces, seven fire pits, an entertainment and gaming area, and multiple large social gathering spaces. Sure to be one of the city’s and the country’s hottest destinations, this sexy and sophisticated space sits on the  at  and offers panoramic, unmatched views of Lake Michigan and the city skyline.

Offshore’s menu will focus on seasonal, modern American cuisine with global influences served as small, shareable plates. Special on-site catering menus will also be available. Clay Livingston, formerly Partner and General Manager of Red Herring Lounge and Kitchen in Louisville, will develop and curate the beverage program seasonally. Offshore will also have a stage for live entertainment overlooking the city’s skyline. This destination will be an over 21 spot, adding an adult friendly space to many of Navy Pier’s family friendly venues.  Offshore is being developed by ACRON Group, the firms  developing the four-star ‘The Sable at Navy Pier’ hotel.