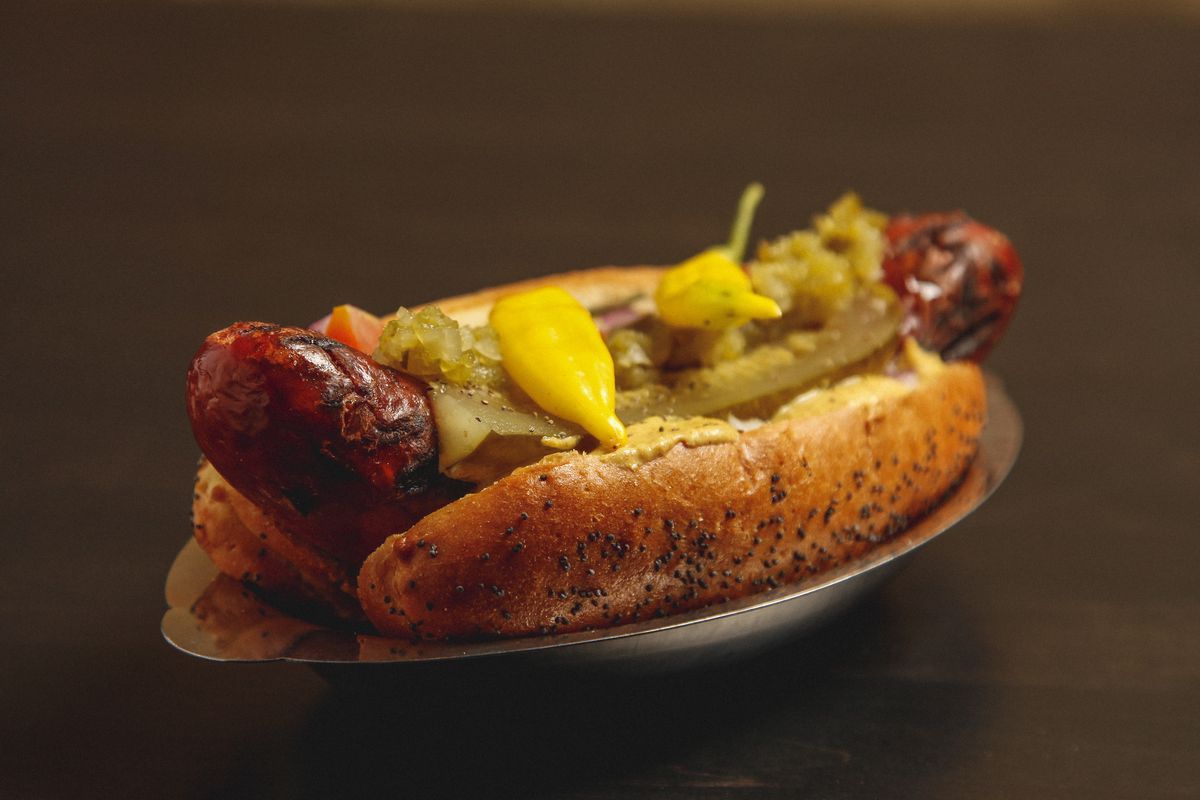 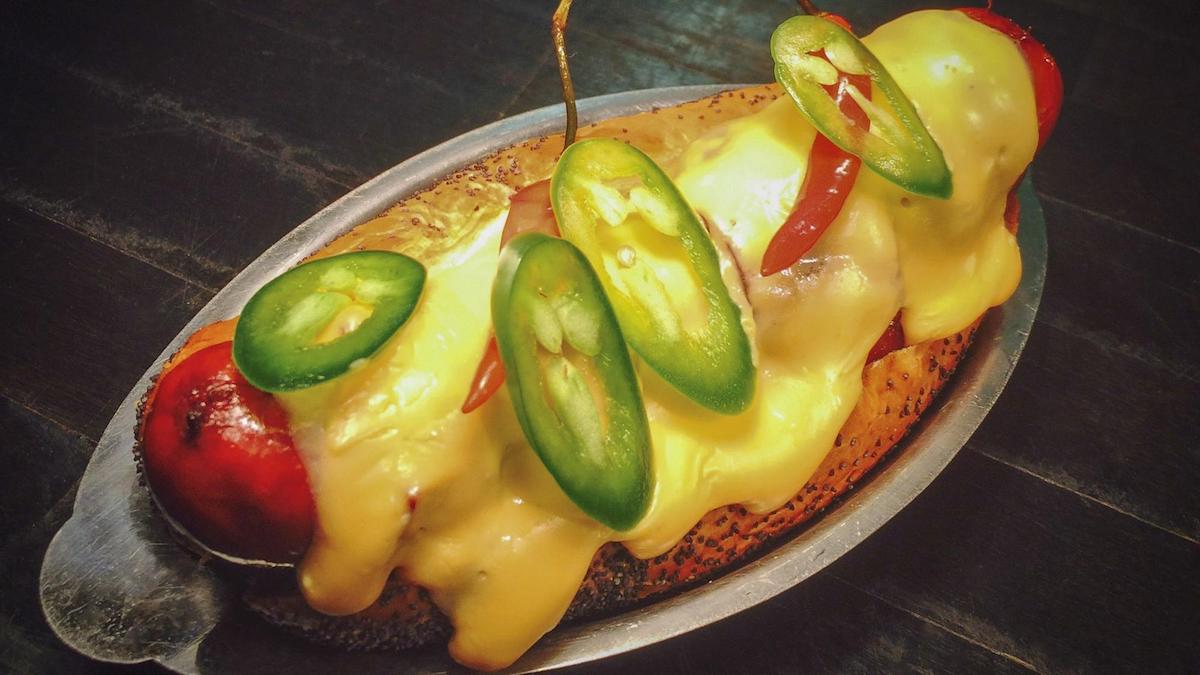 Duck Inn’s highly anticipated pop-up at the Loop’s Revival Food Hall ‘Duck Inn Dog’ will begin on Monday July 2 and run through September 28. Bridgeport located Duck Inn’s Chef-Patron Kevin Hickey and his team will offer customers five versions of their signature Duck Fat Dogs — the bacon-wrapped Frankenduckie, Corn Dog Elote, The Original which is their take on the Chicago-style hot dog loaded on top of a brioche poppyseed bun, K-Pop which has kimchi and XO sauce and Chili Cheese Dog with chili and cheese. Hickey and his team will also serve Duck Inn favorites like The Double Beast burger made with two all-beef patties, double cheese and “not-so-secret” sauce, Fried Cheese Curds with bloody mary ketchup and hoppy mayo, the Crouching Turtle Cupcake Sundae with miso butterscotch, fudge and pretzels, as well as many others.

Building on the success of its inaugural food festival in Toronto, IMG is bringing its new food festival called The Tastemaker Tour to Chicago (Its US launch) from August 17-18 at Revel Fulton Market. Tastemaker presented by Capital Oneâ, is designed by the team that brings Taste Festivals to 20 cities around the world, as well as The Big Feastival to the UK and Margaret River Gourmet Escape to Western Australia. One of the highlights of the food festival will be the Capital One Savor® Tastemaker Kitchen, where guests will be invited to enjoy each chef duo’s collaborative dishes. Chicago’s only James Beard 2018 chef winner Abe Conlon of Fat Rice will pair up with Jason Hammel, Lula Café, a pioneer and driving force of Chicago’s food scene and farm-to-table movement. Marisol’s Sarah Rinkavage one of the two women on the Tastemaker Kitchen will be paired with Jonathan Zaragoza, Birrieria Zaragoza. Eight pairs of chefs will blend their distinct culinary styles for the first time during the four half-day sessions over two days at Revel Fulton Market. 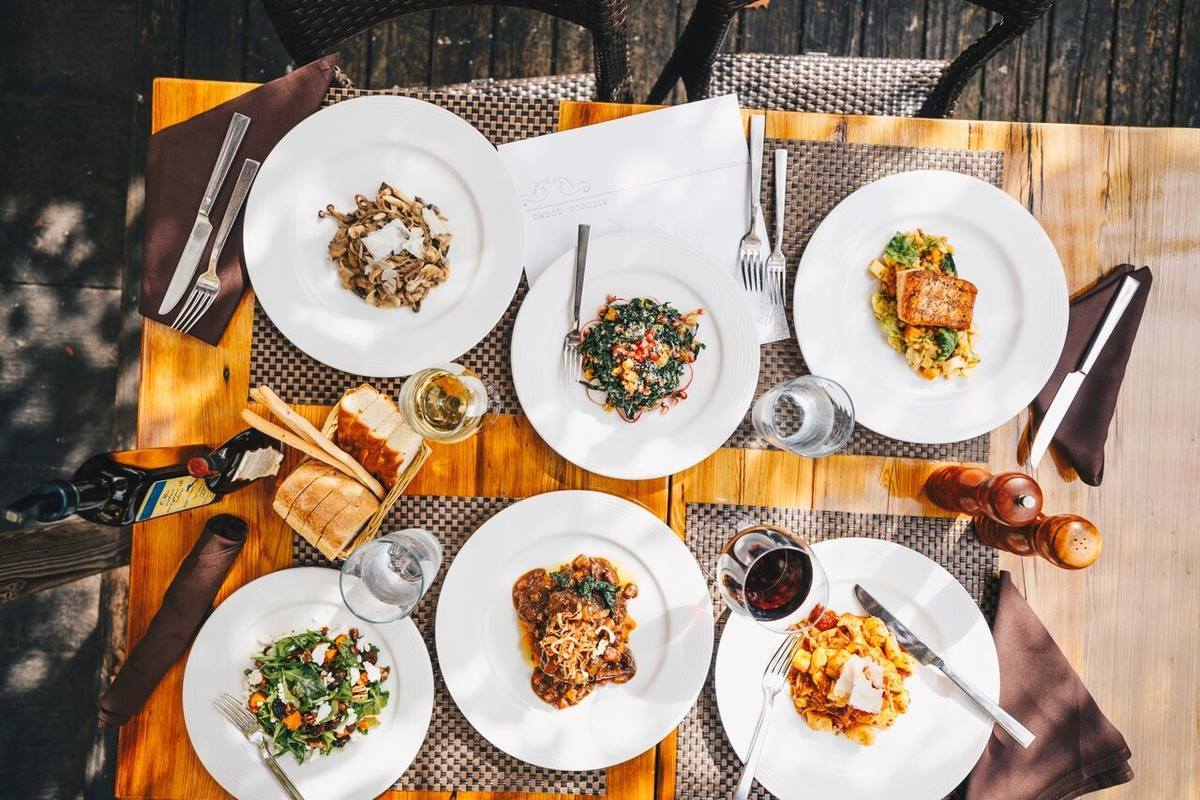 – Piccolo Sogno is celebrating its milestone 10-year anniversary this July and to celebrate they are offering diners a special dish of Tagliolini with summer truffles for only $10 during the month of July. Piccolo Sogno is throwing in an added bonus! $10 bottles of prosecco will be offered as a thank you for the unwavering patronage over the years.

Travelle at the Langham Hotel Chicago’s Pastry Chef Scott Green @chef_scottgreen will teach a plating and photography workshop on Saturday, July 21 from 11 a.m. – 1 p.m.Basing his creations on specific artistic themes, Chef Scott will discuss the latest techniques and trends, offering photography tips throughout. Class participants learn while enjoying bubbles and brunch from Travelle Kitchen + Bar by Chef Jeff Vucko. Brunch will be served family-style, including a special dessert, which will be the focus of the hands-on workshop. Focusing on improving plating and photography skills for social media purposes, the interactive and informative class gives participants the tools necessary to skillfully capture their meals and share on social media. PRICE: $60 per person, including class and brunch.

Drumbar is partnering with Chicago rapper Vic Mensa and his foundation SaveMoneySaveLife Foundation for a summer concert series called Summer Sounds. Every Saturday, starting June 23 until September 1, there will be intimate performances in Drumbar’s Great Room featuring some of Chicago’s top rappers and artists. There will be surprise guest performances by some of Vic’s well-known friends and SMSL supporters throughout the series too.

Easter Meals For Delivery or Takeaway To Order In Chicago