As the one and only Kash Doll raps, “Ice me out” was the theme to this weekend in Chicago in more ways that one. With the influx of celebrities in town for all festivities surrounding and leading up to the game, it was a drip fest. For the rest of us mere normies trying to attend as many parties as possible because sometimes you don’t get a packed weekend like this in Chicago, the fight to stay warm in the hawk was real.

Whether you were aware that #AllStarWeekend was taking place or not, there’s a slight possibility you saw a lot of dudes and ladies over 5’9″ and probably wondered when the Bulls players began going out more. Here are the celebrities that were spotted out on the scene in Chicago over All Star Weekend. Let’s hope the city made a good impression on them they’ll want to come back winter or summer to continue the fun.

Cardi B and Offset at the Bobby Portis birthday celebration at Bounce Chicago. She had given fans a glimpse of her Valentine’s surprise from husband Cephus who flew in food from her favorite Chinese restaurant Jue Lan’s and gifted her two Hermès purses. The star decided to match her nails to her purse and called on Chicago nail artist BadAzzNailz.

Though Kanye caused a stir Friday with a herd of sherps escorted by CPDs handing out the new Yeezy Quantum, the rapper was not spotted out and about until tSunday for his Sunday Service and then courtside at the game making an appearance with wife Kim on the kiss cam.

Steve Stoute, 50cent, Nas took a flick for the ‘gram at the Waldorf Astoria Hotel in Gold Coast where a slew of high levels were staying. 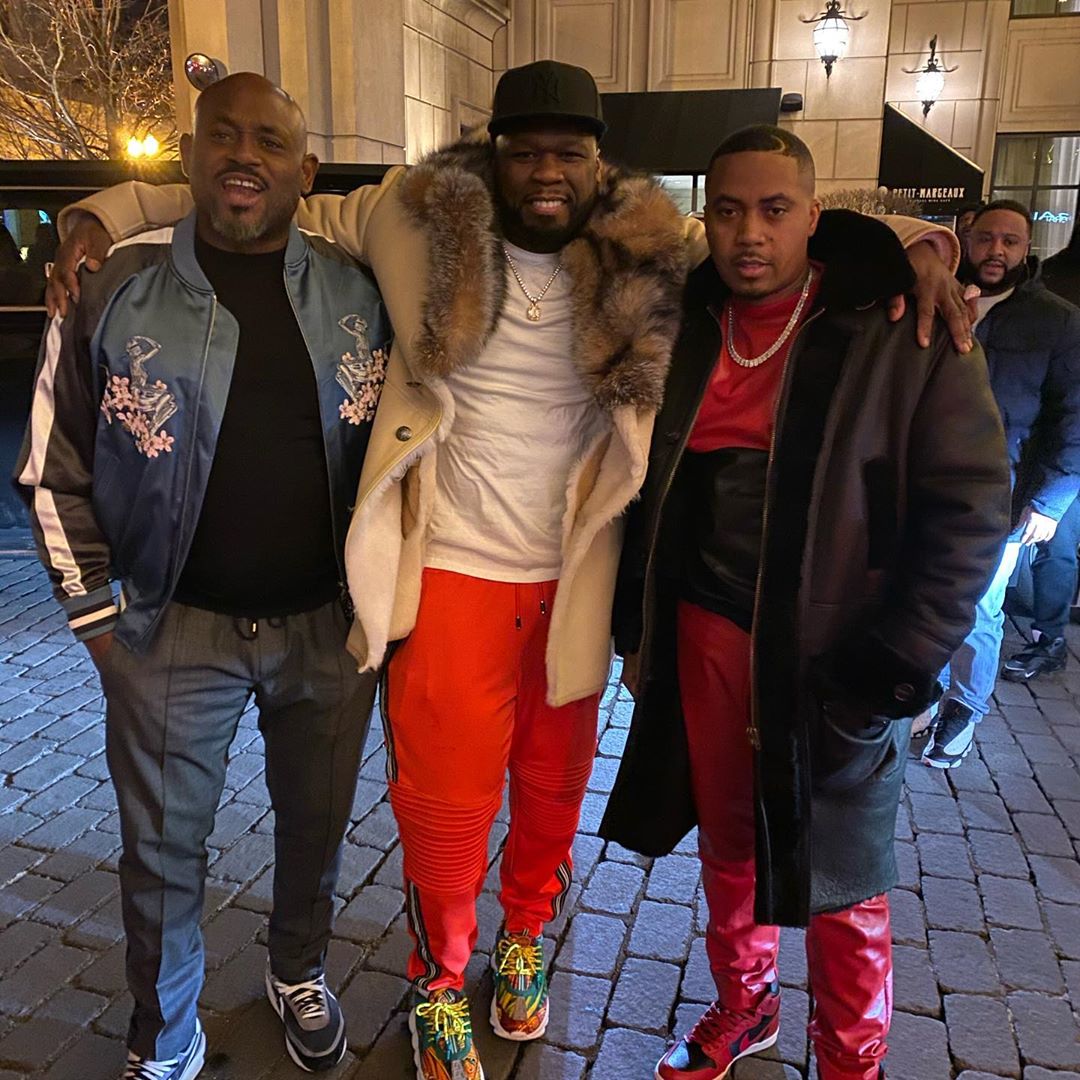 Nas was in town briefly for his two night Hennesy activation at the The Old Post Office where A$Ap Ferg, DaBaby all performed.

Mike Epps, Chicago native expecting a baby anytime now with fiance, had a comedy show at the UIC Arena.

DJ Khaled had to be, outside of Chance The Rapper, the most visible celeb in town this weekend.

Model and tech entrepreneur Karlie Kloss and husband Josh Kushner were spotted courtside at the All Star Game and attended the Mixer event at TAO Chicago during #Allstarweekend.

Lebron James and Klutch Sports Group celebrated the weekend with a very private dinner sponsored by Patron and Beats by Dre at Swift & Sons, the West Loop restaurant which was bought out Saturday. 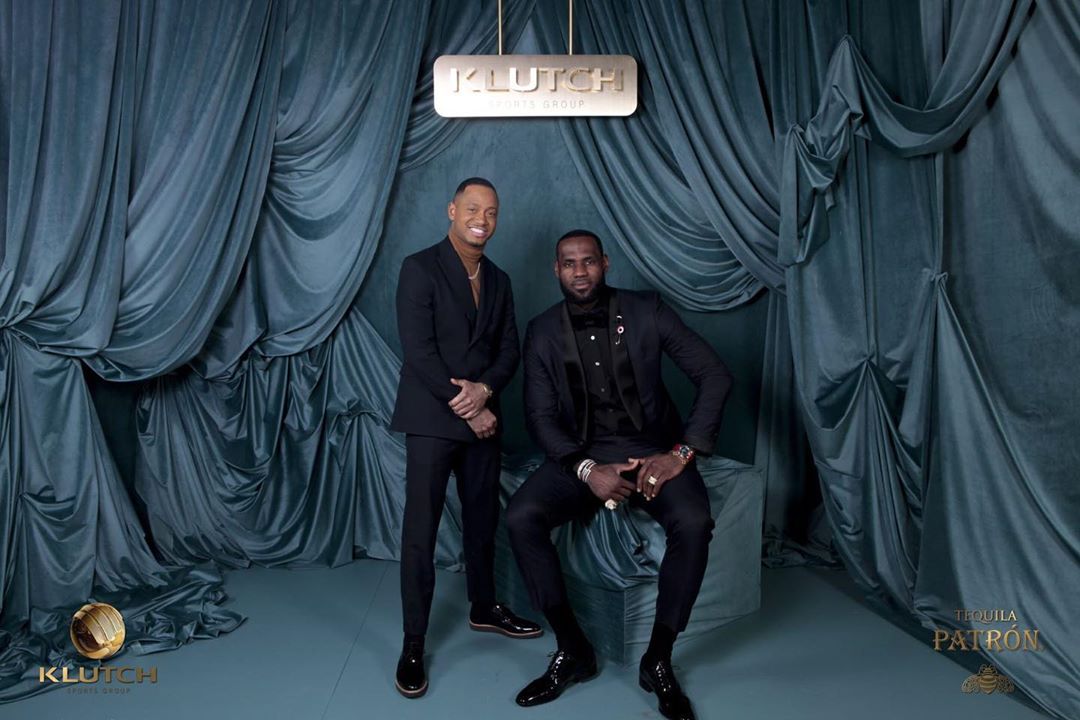 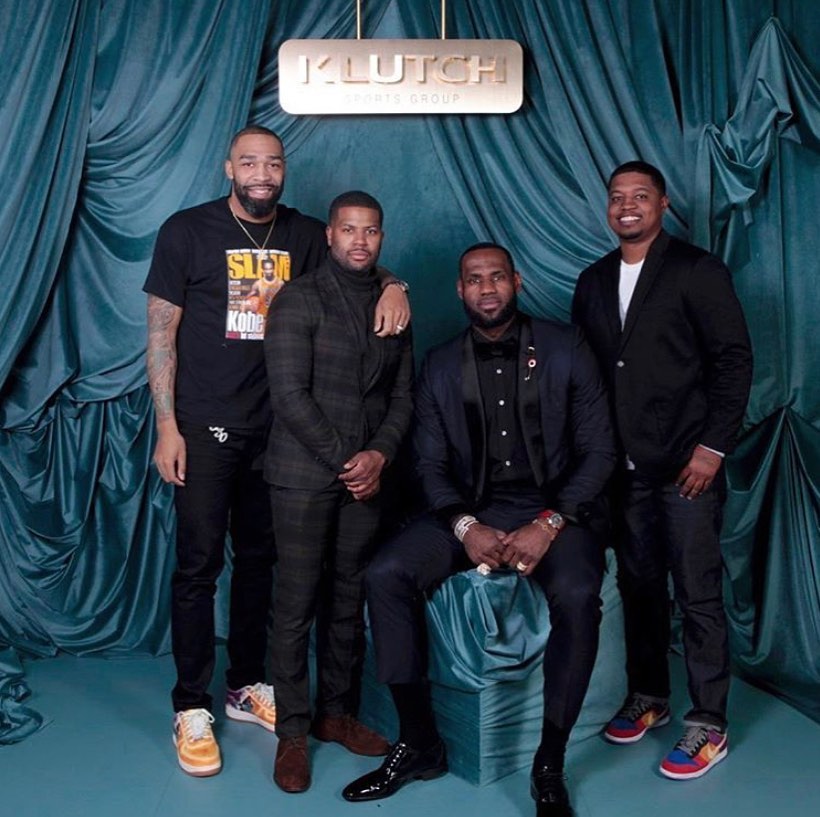 Dior’s Kim Jones was in town for a few nights for the weekend and to shoot a campaign for their Jumpman 23 x Dior collab cannot wait to see.

Last time we were in Chicago was 2008 for Kanye ! Fun times again @virgilabloh

Our forever President Barack Obama was also in town 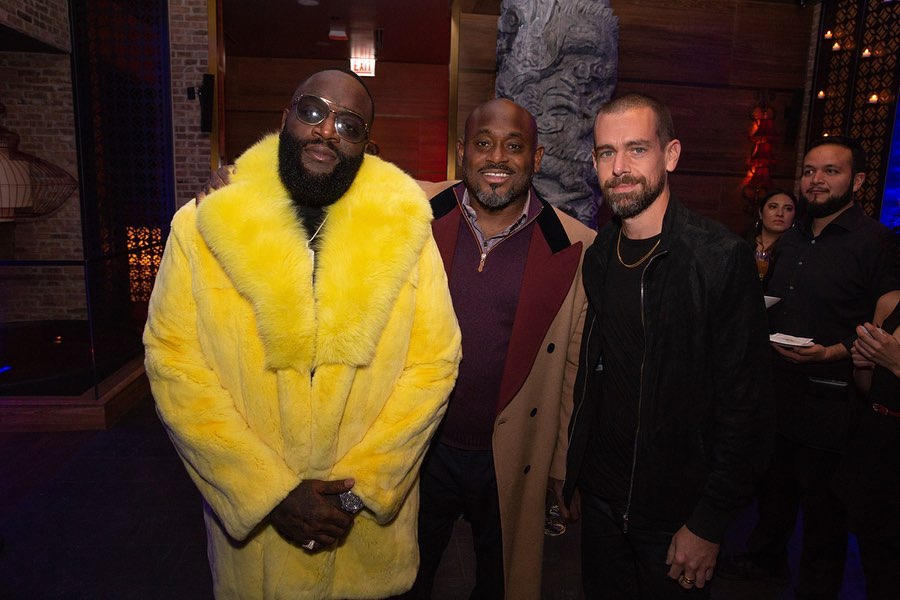 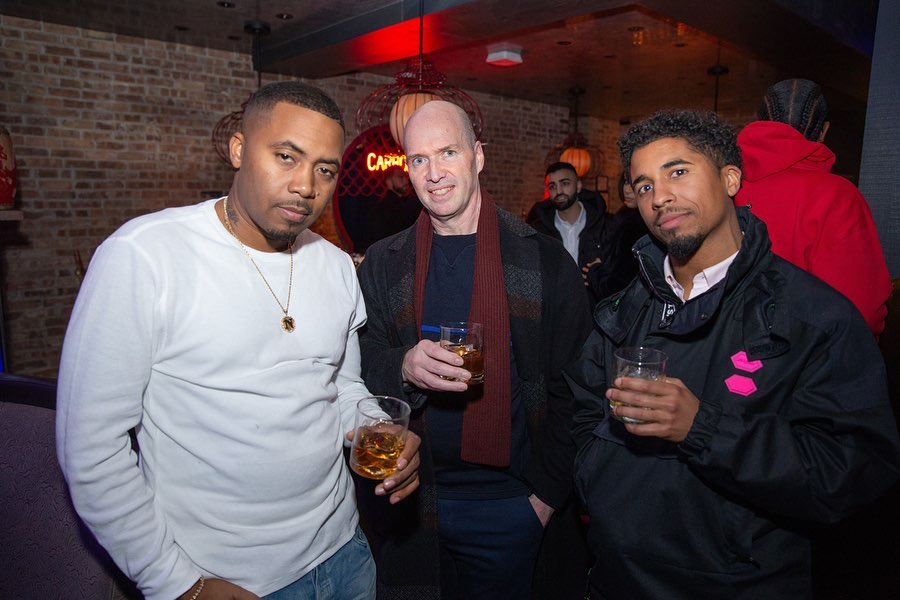 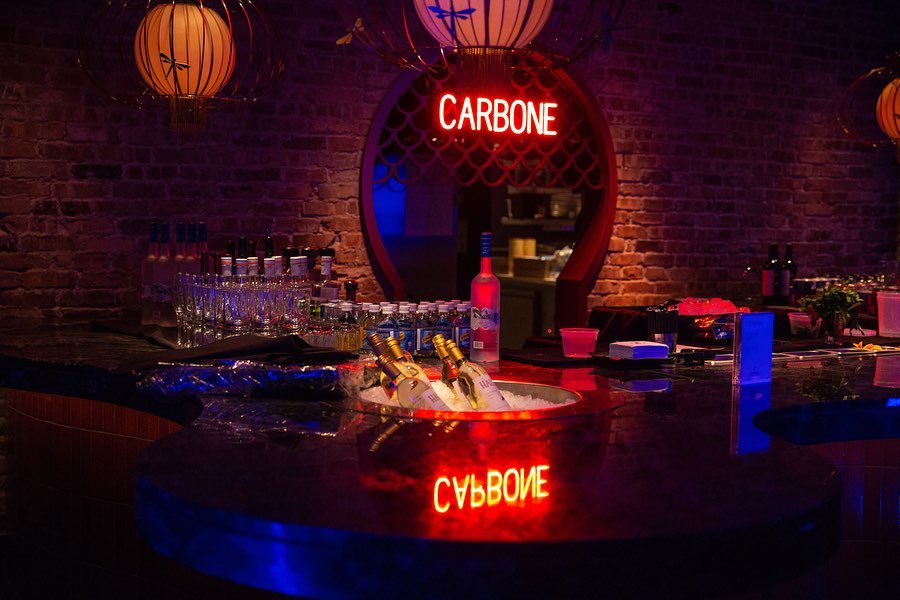 Don C, who had several launches over the weekend, along with wife Kristen Noel Crawley, founder of KNC beauty, were feted by Moët & Chandon and iconic cultural photographer, Jonathan Mannion with a special Moët & Chandon brunch on Sunday at Chicago Athletic Clubs. They are faces of a new Nectar of the Culture campaign, photographed by Mannion, which celebrates the people, places and moments that continue to push our culture forward. by Moet and new limited-edition Nectar Impérial Rosé. Iman Shumpert, Baron Davis, Yaya DaCosta, Brian Michael Cox, Nigel Holt were in attendance. 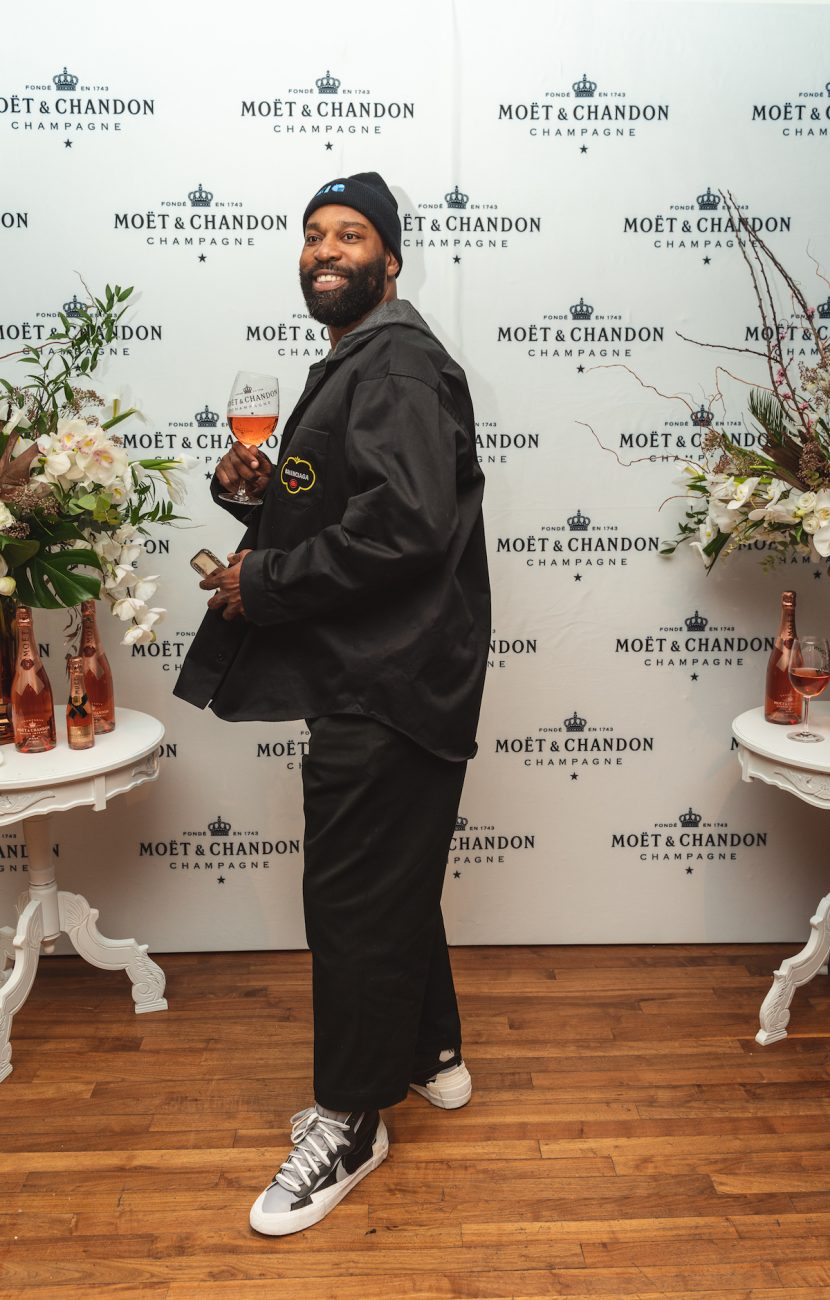 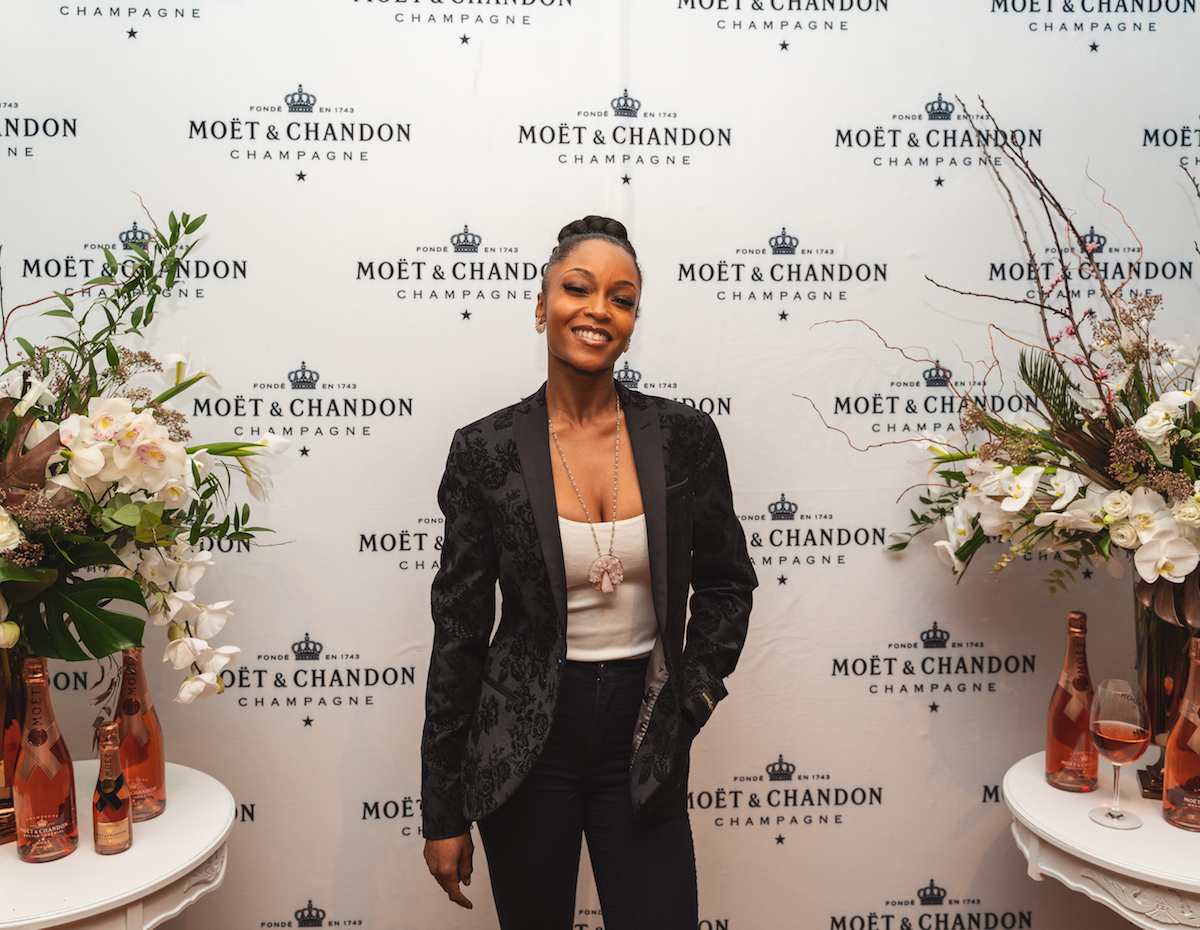 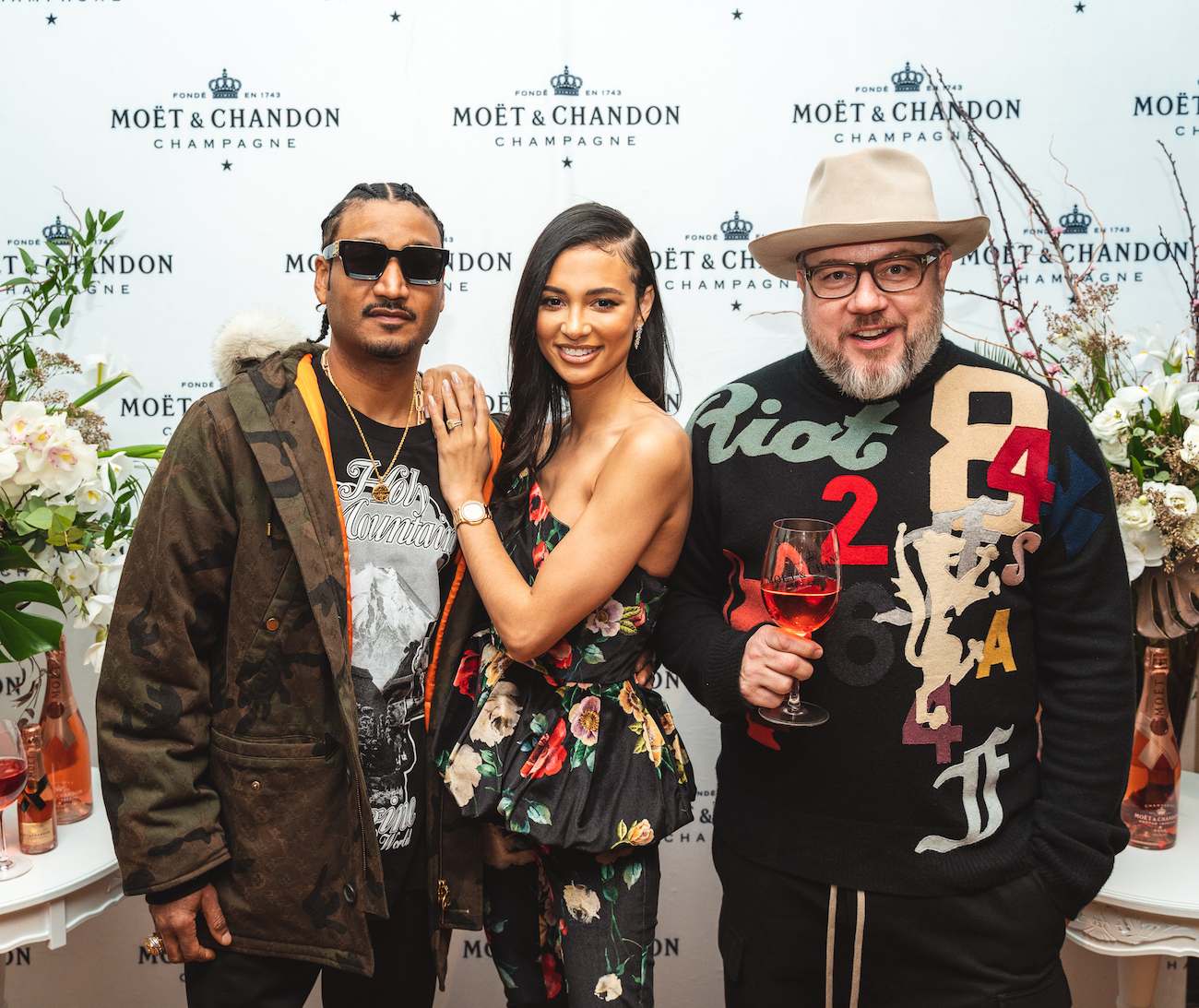 Omari Hardwick kicked off All Star weekend with a Bacardi Rum Room party at Dance Studio with Chance The Rapper, Vic Mensa and Kami making appearances

Arugable one of the bets celeb spots had to be TAO Chicago. They hosted the 25th birthday party for Meg Thee Stallion who was driving the boat with friends in a custom encrusted D’Usse bottle while Yo Gotti, Da Baby and Tory Lanez all stopped by. No word if G-Eazy who was also performing at the club that night stopped by her private dining area. The two had the internet lit weeks ago with rumors they might be an item off some suggestive insta posts and stories. Meg wore a custom Angel Brinks blue crystalized bodysuit.

Cheers to @hennessyus x @nba from me and my brother Ferg.

Lovely catching up with everyone in Chicago @kimkardashian💙💙💙 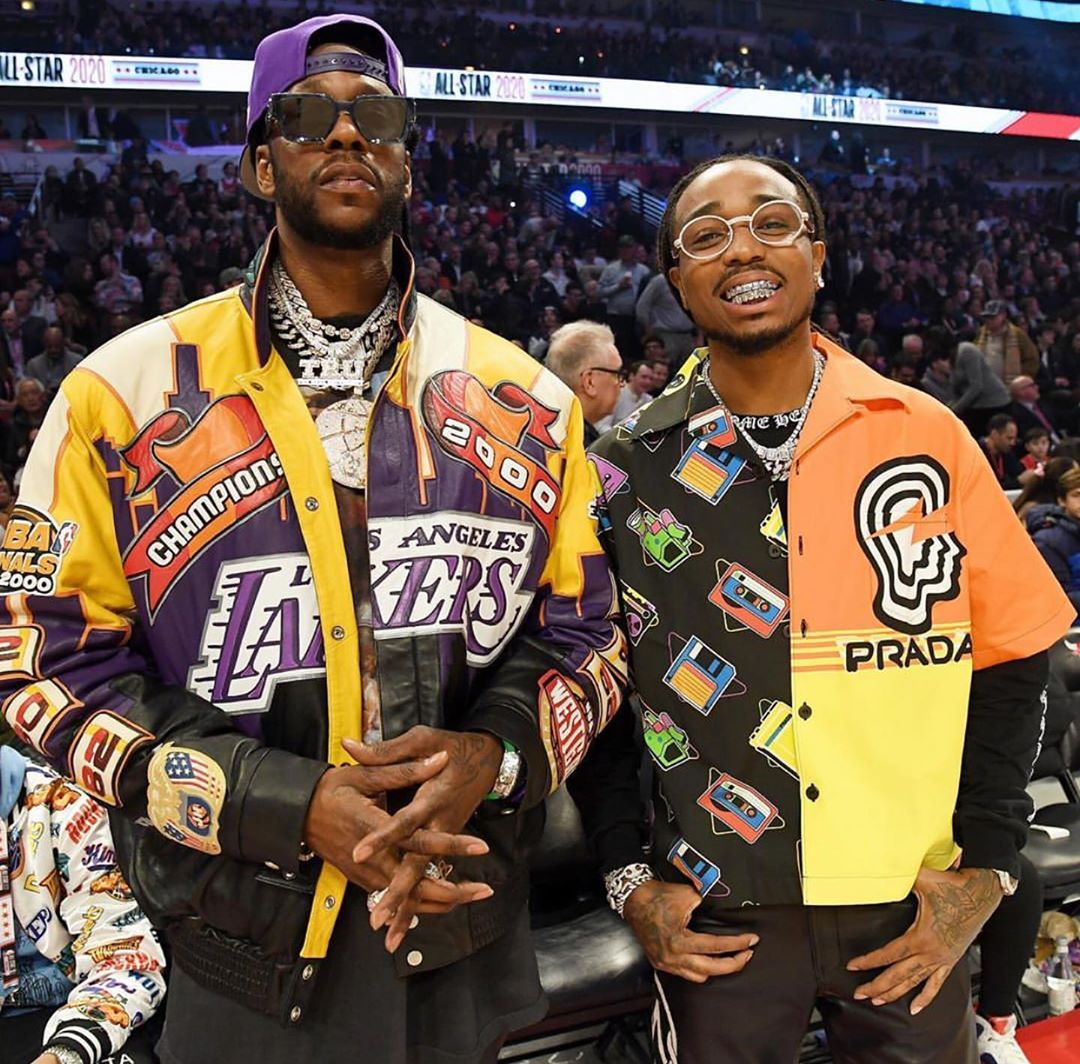 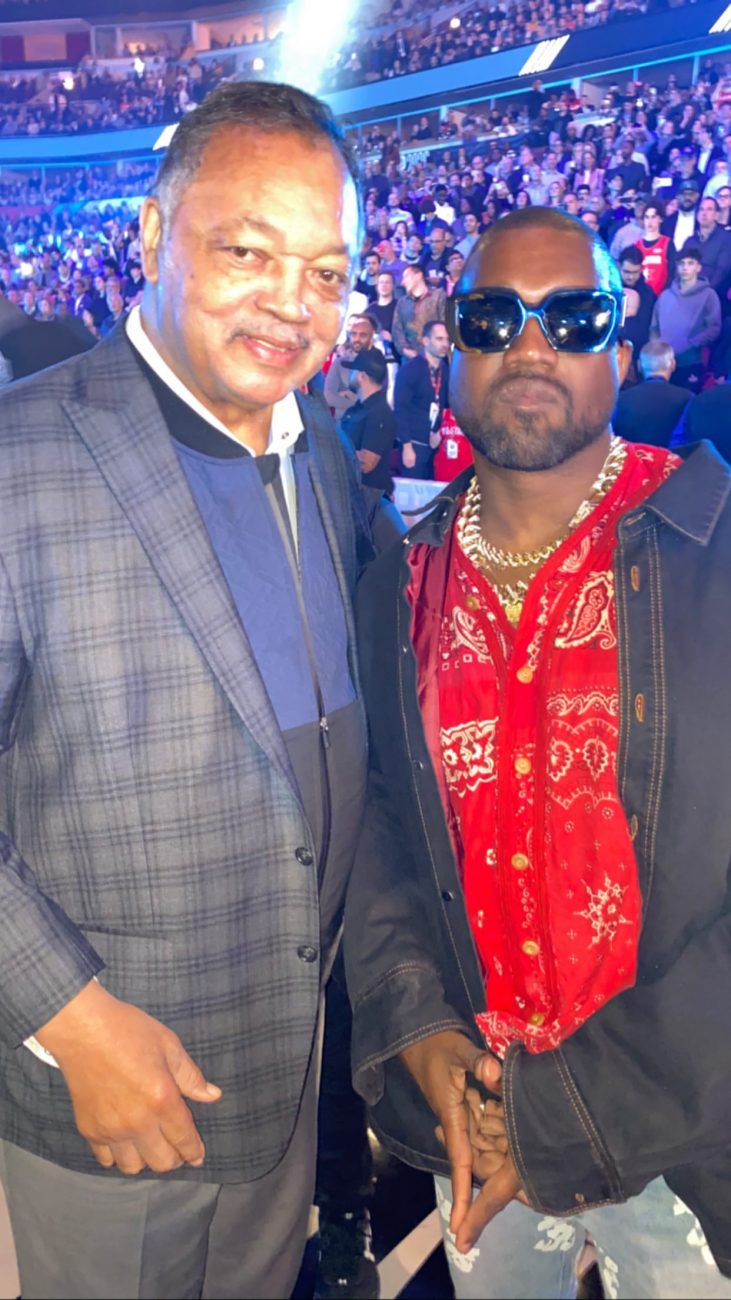 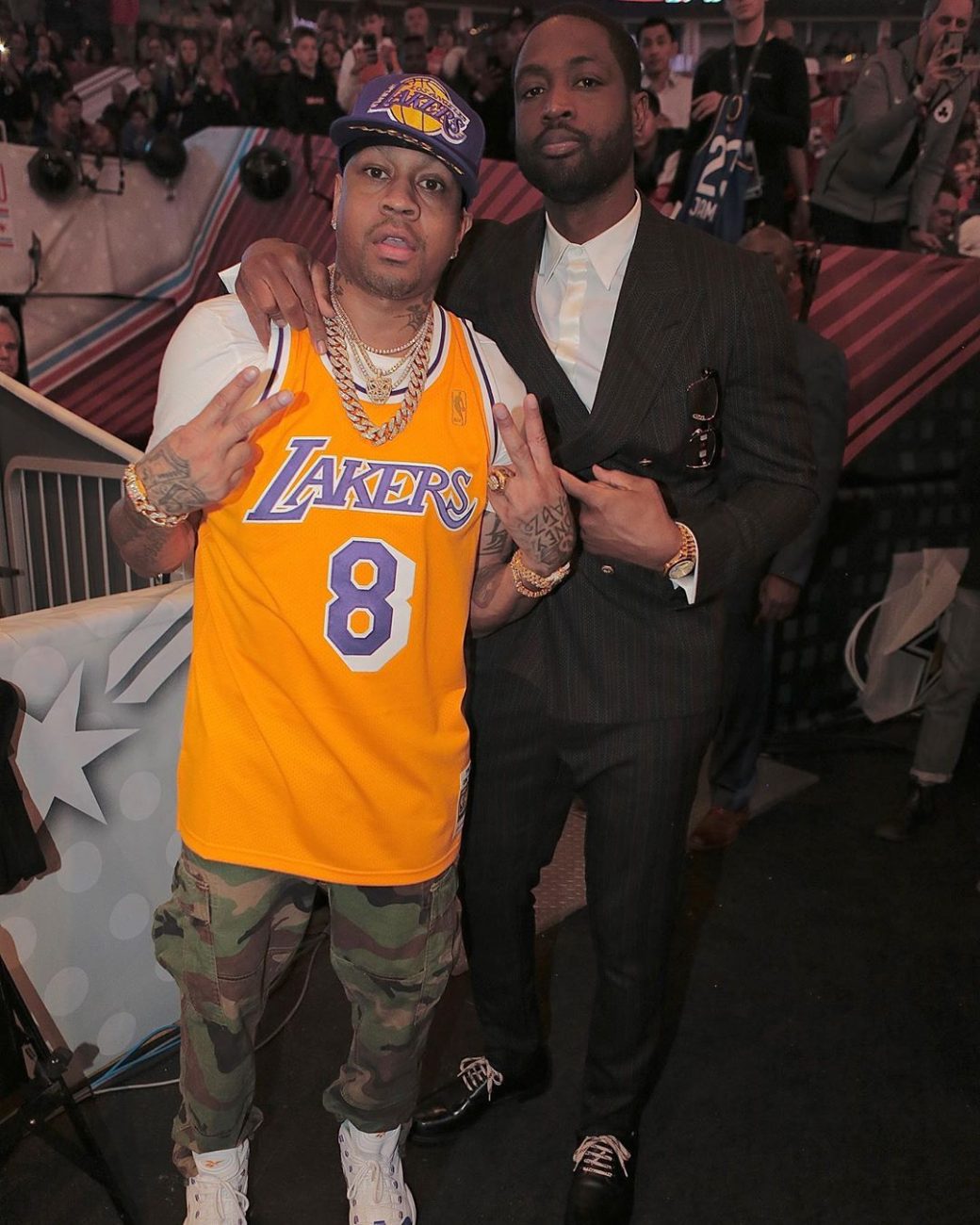 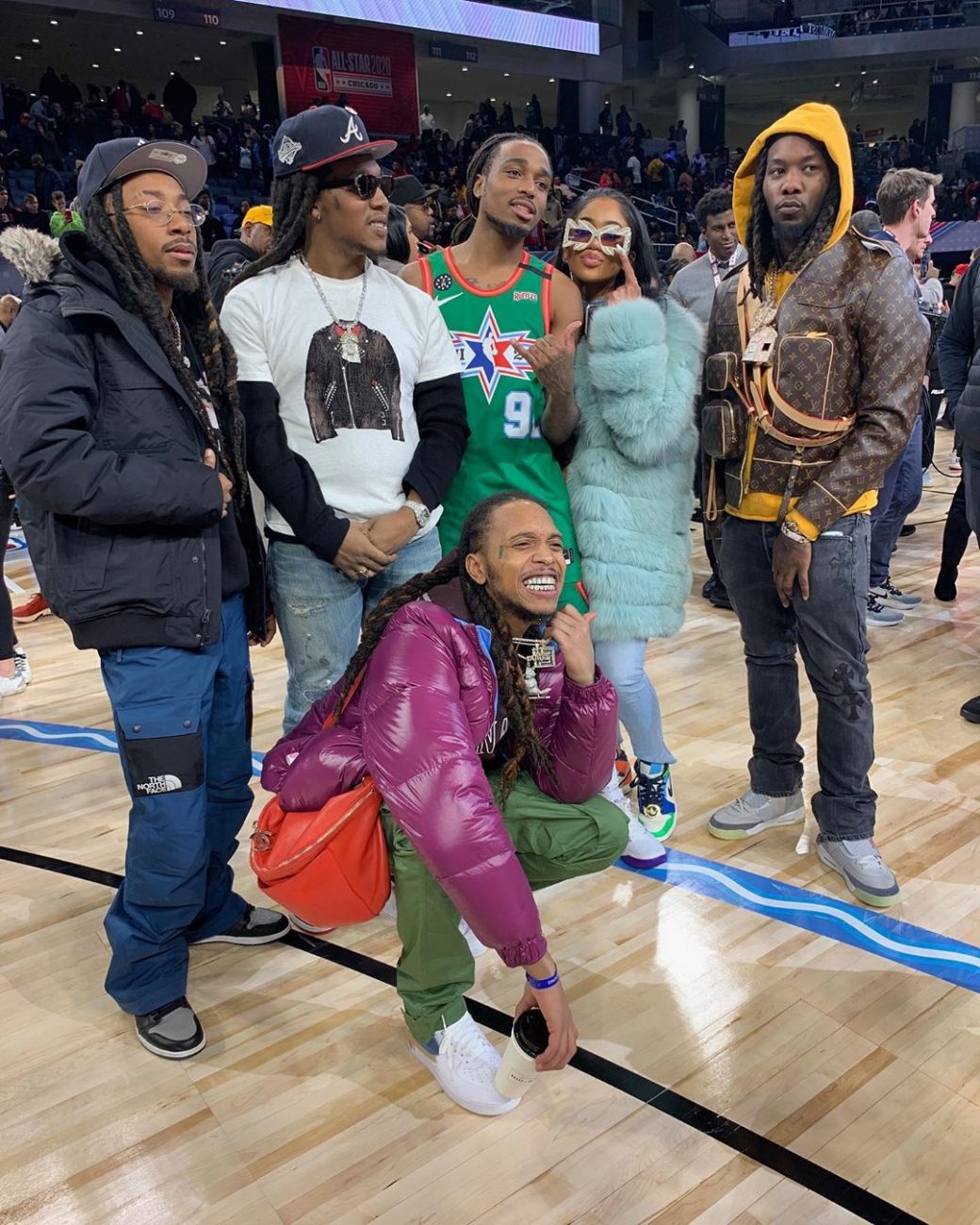