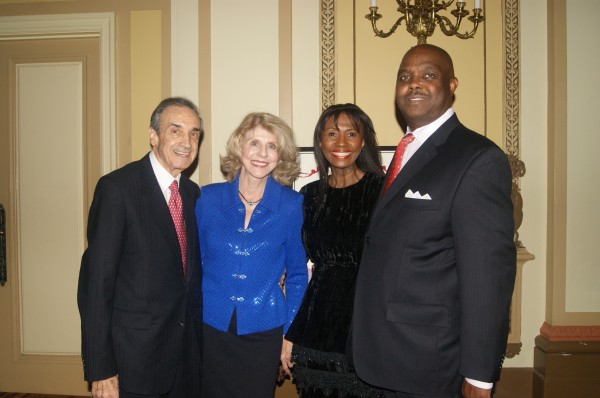 On Sunday, after climbing 103 floors and a brunch that satisfied my bacon craving it was off to the ballet. This was no ordinary ballet performance but rather one by Canada’s Royal Winnipeg Ballet’s for their limited engagement of Moulin Rouge® at the Auditorium Theatre. This was the Chicago premiere of “Moulin Rouge-The Ballet®” which was the perfect start to a Parisian themed Auditorium Theatre at Roosevelt University’s annual gala “An Evening in Montmartre.”

The ballet performance was very beautiful. Though I am not an expert in ballet technique, I know the dancers had stamina, 2 of the dancers had AH.MAZING long, toned legs where you could see muscle striations, I would like to borrow their legs. The love story between Nathalie(played byJo-Ann Sundermeier) and Matthew(played that day by Dmitri Dovgoselets) was easy to comprehend and Eric Nipp did a convincing job of playing villian Zidler.
Following the performance, guests were shuttled to the Palmer House Hilton for the “Evening in Montmartre” Gala. 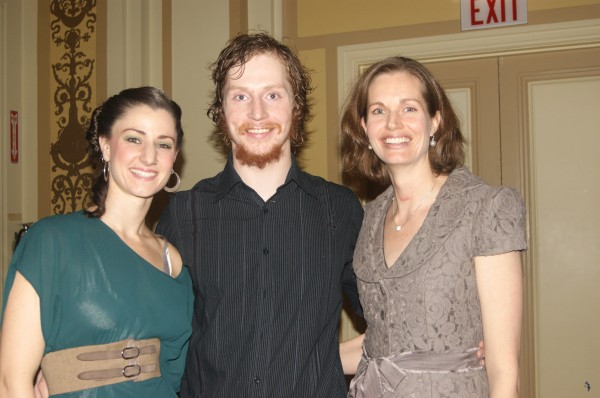 Gala Co-Chairs Frantz and McGhee Osse and Nicholas and Kathleen Amatangelo, along with honorary chairs Consul General of Canada Gitane De Silva and Consul General of France Graham Paul and wife Jocelyne, mingled and greeted the many guests in attendance including Charles “Chuck” Middleton(President Roosevelt University), Tom and Madeleine Burrell, Fabrice Calmels, Abe Thompson, Christopher Clinton Conway(Joffrey Ballet Executive Director), Patrick M. and Kathleen Woods, Willie and Marian Carrington, Alderman Fioretti and his wife, Monica and Sandy Williams and many more. The Roosevelt Auditorium Theater has other productions throughout the season so be sure to check out their website and take in the fun. AUDITORIUM THEATRE