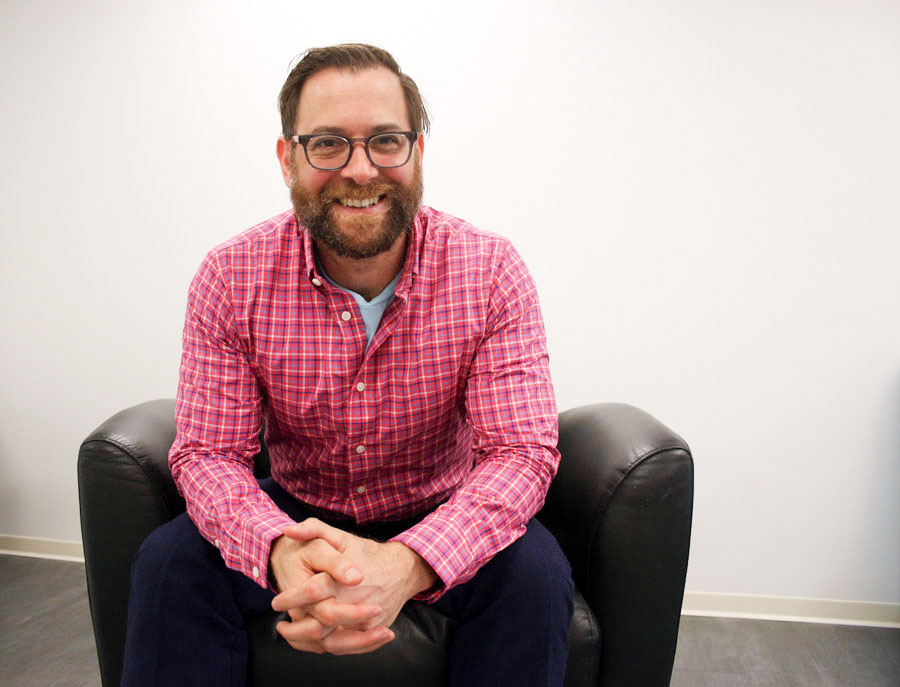 Hotness In The News Wednesday July 30

Chris LaMorte is the Chicago editor of UrbanDaddy; he worked as a senior producer at Metromix.com and a contributing writer at “Chicago Tribune.” Chris talks about his career as a writer and editor, and gives life tips and tricks as a foodie. 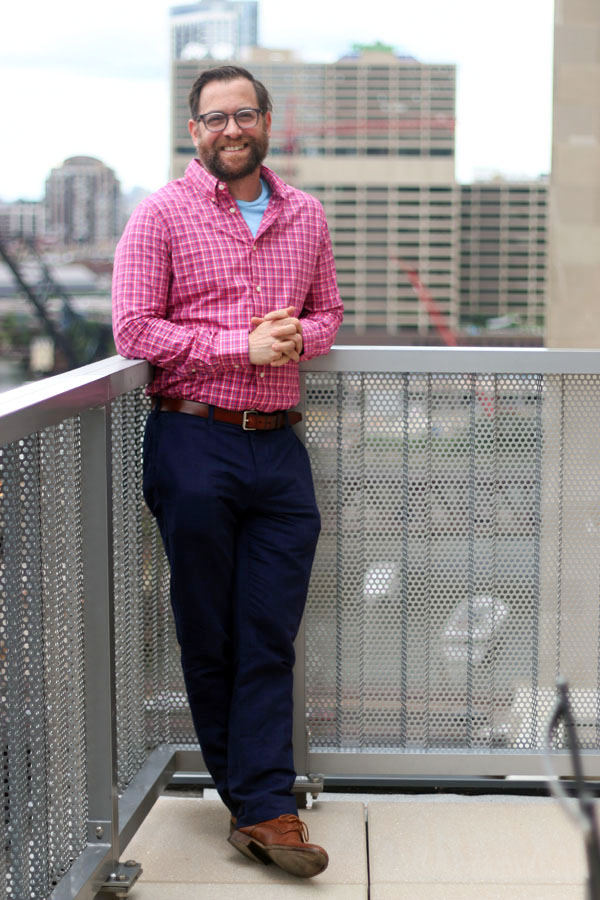 1)  How did you get into restaurant and entertainment reporting?
Chris: I always had an interest in doing more on pop culture and entertainment. I started freelancing for the “The Daily Ilini” doing reviews of campus bars, coffee shops, entertainment and bands. I got a job at “Insider Magazine,” which was based in Skokie. I was in charge of all of the arts and entertainment listings, editorial planning and calendaring for the Chicago edition. That sort of just places me in that direction.

2) If you could describe your fashion style in three words what would it be?

Chris: Easy, quirky, straight-forward.
I was coming on the train today, and this woman tapped on the knee and said, “Where did you get your socks?” And I said, “I really don’t know. I really don’t remember.” And she couldn’t believe I didn’t remember. I mean they’re just striped socks. 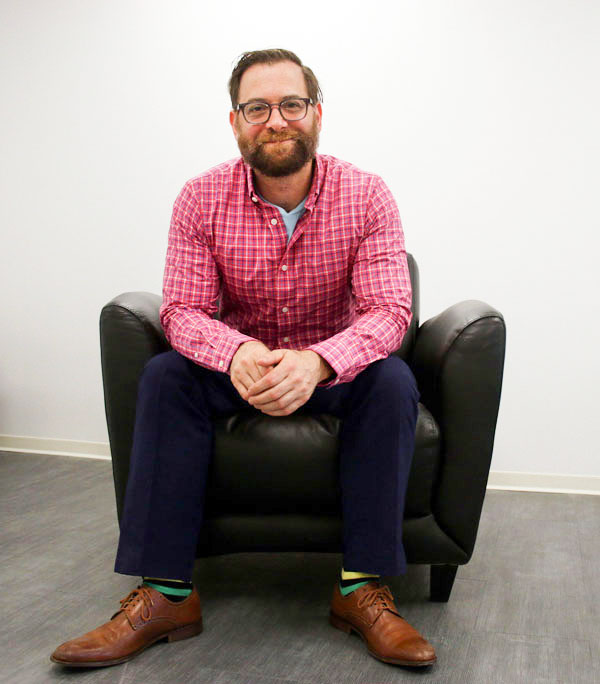 4) What are you most proud of in your career so far?
Chris: I feel proud of building UrbanDaddy Chicago from the ground up. I’m also proud that when I was at MetroMix it was the same thing, believe it or not. When I started in 2004, MetroMix was really kind of fledgling, and when I left it was a powerhouse.

5) How did you and your team make Urbandaddy what it is today?
Chris: A lot of blood, sweat and tears that’s for sure. A lot of shoe leather,  persistence, and making sure the product was superior to other products. Making sure that we went the extra effort to get the story first or making sure the photos were great. Making sure restaurants and chefs and owners could trust us as a brand. Putting in the time and effort, and recognizing it’s not a nine-to-five job.

6) How does your team work at UrbanDaddy Chicago?
Chris: My team members involve me and two French Bulldogs, at least in the Chicago edition. UrbanDaddy started in New York, so I work with a team in New York that’s  corporate entity, and I represent the brand here locally.

8) What advice would you give to somebody who wants gourmet food without paying the full price?
Chris: Go out to eat on Mondays and Tuesdays, a lot of good restaurants run specials during those nights, generally because people tend to go out later in the week.

BYOB is another great option for people who want to do something gourmet and want to save a little money. If they can manage to get into Schwa one night, which is this very elevated cuisine but it’s BYOB. Another place that I haven’t been to personally for a dinner but heard good things about is Goosefoot, it’s BYOB as well.

I actually like going to a place that has a wine list because I think that’s part of the experience.

9) What’s an odd piece of gear that you’ve been able to try through UrbanDaddy?
Chris: It was a website that was like Tinder, but for three-ways. And I guess Tinder, when I first saw it, was extremely bizarre.

10) What was your dream job as a kid?
Chris: When I was very, very young the first job I knew existed was an X-Ray technician. I wanted to be in science or writing. 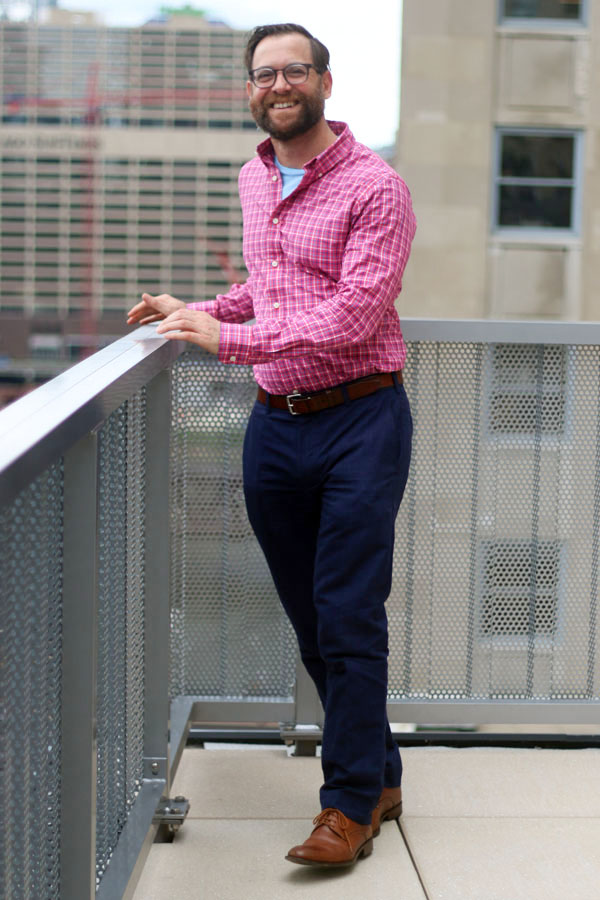 11) What is the toughest obstacle you face as editor of a lifestyle publication?
Chris: Finding stories to fill a daily publication when you have one story you can write about a day – that’s a challenge. I’m more or less a one-man band, so that remains a challenge. That’s tough.

12) You were the first online editor for a newspaper in Denver. What was the experience like moving from print to online?
Chris: Coming in, I was convinced that the web wasn’t just a passive display tool for articles – it could tell the story as well. We found ways to use the technology to tell the story. I knew my editor was a connected, high-volume writer and so we harnessed that. Now you would call it a blog, but at that time we would just call it, you know, whatever the column was called.

What I tried to do at that time was, if there was a story, to try to find ancillary material to help embellish the story online. If it was a music review, we’d get sound samples. Now you just take for granted, but at that time it was a labor intensive thing. Occasionally some writers would just shrug it off and say, “Why be a part of that?” There was a learning curve, and I really had to really figure out what the answer was, and help them sort of acclimate to this new environment.

13) What would be your dream date in Chicago?
Chris: Not necessarily for me but I think a dream date might be starting with something cultural because we have great museums here in the city. I love art, so maybe you’re doing a gala at the Art Institute’s Modern Wing, you get dressed up and put on  a bow tie. Then you stop at a drink at Henri’s(but now that space is been turned into something else). Stop for a chi chi drink at RL -The Ralph Lauren restaurant. Then after the gala, with bow tie loosened you wind up at Berlin on Belmont getting crazy dancing.

14) What are some fun things you and your partner like to do together?
Chris: We go out to eat a lot. We like discovering new restaurants together. It’s part of the job for me, but he’s actually more of the foodie. We like to travel; we’ve been to some amazing vineyards all across the world.

15) What was your favorite place you traveled to?
Chris: Bordeaux [vineyard] was really cool, and Patagonia was amazing. I was just blown away by the grandeur of it. It also, in a funny way, helps you understand what may be going on with global warming because you see what a glacier is, and you see what happens when it calves. It helped me understand ice movements and how nature works.

16) What was your favorite birthday and why?
Chris: Not sure if this was my favorite or least but my most talked about birthday was my 21st birthday. I was an undergrad at DePaul. I had scheduled an interview to become an RA [Resident Assistant], and I screwed up and was an hour late. So they just refused to interview me, and I was out of the running for RA.

The entire day I was so depressed about it I became a weepy drunk. We wound up at a dance club on Lincoln and a row of really bad bars.

To make a long story short: I was dragged out, punched in the face, lost a tooth, thrown to the curb. My friend had to go back and find my tooth then get in the cab and took me home. So that was either the worst or best 21st birthday – I’m not sure.

17) As somebody who eats a good amount of food for a  living, what tips would you give to stay healthy?
Chris: I think saying “no fries” is the most important thing you could learn in your life – or no cheese. It’s a very difficult thing to say.

At night I might be eating gelato because a chef wants me to try the gelato. A place may have the world’s best pizza, and you’re going to have to see if it’s really the world’s best pizza – hazard of the job. If you know you had broccoli for lunch, you feel somewhat better about that pizza later on. 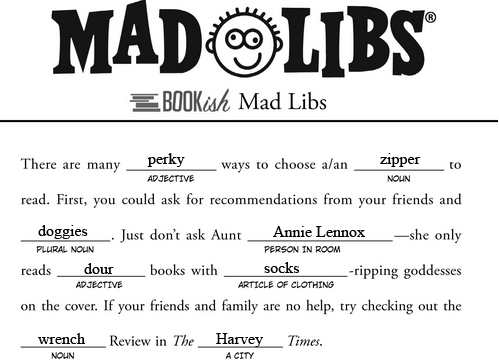 20) What has been a humbling moment in your career?
Chris: There was a time I interviewed Nick Offerman, who’s a completely nice guy, gave great answers and then I made the rookie mistake of not having my recorder work properly. That was pretty humiliating for me, but I also know mistakes happen, and you have to move on and do what you need to do to correct them. I was able to get in touch with him, and we were able to rectify the situation. We actually got a great interview out of it – it became a great story.

21) What advice would you give for young writers just starting out?
Chris: Learn basic reporting skills. Be humble. I look at people in a sense of “what can I learn from this person.” I would say start humble, learn and build on what you learn. There’s not as clear a path as there’s always been in a career. So that engenders people wanting to skip steps two, three, and four and just head to step five from step one.

22) What has been your most rewarding experience?
Chris: Occasionally I’ve had a restaurant say, “You wrote a story about us. You found us, somehow, and it made the difference, and we’re in business today because you wrote that one article.”  So I’ve had a few experiences like that, and that is good to know people are reading.

23) If you won a multimillion dollar lottery today, what would you do with the money?

Chris: “I’d buy a big purple Cadillac and drive around and laugh at poor people,” — Polyester, 1981 American comedy.  I’m just kidding, that was a quote from a movie.  I would travel.

Hotness In The News Wednesday July 30