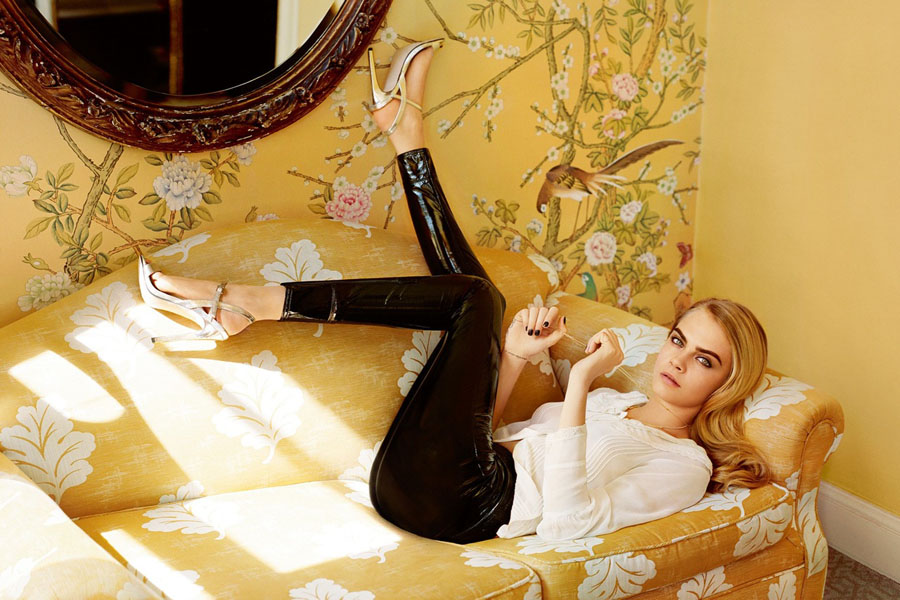 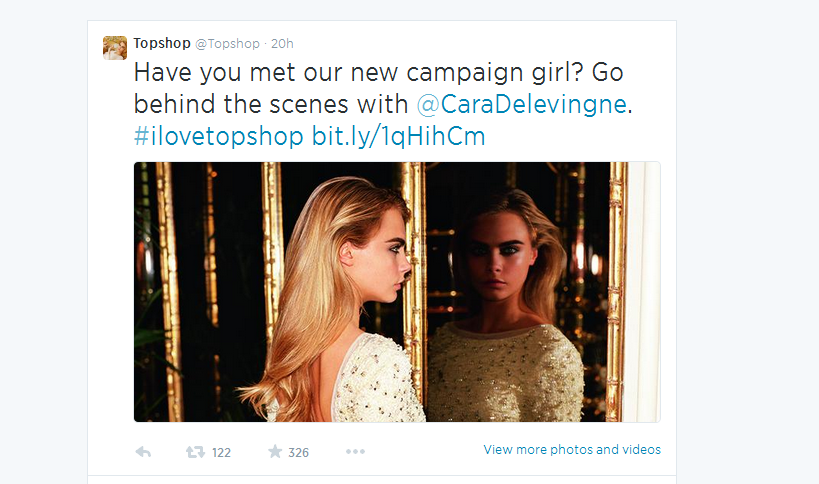 “The Autumn/Winter collection speaks to the diverse and experimental style of a TOPSHOP girl as hero pieces with go-anywhere appeal take centre stage. Starring alongside TOPSHOP icons, the biker jacket, the Jamie jean, the Martha parka, Cara effortlessly personifies London style. Evening wear is re-worked as modern fabrications and astute tailoring play with the concepts of smart/casual dressing and urban sophistication; the statement sequin and feather cocktail dress worn by Cara epitomises this look.“

On Cara’s style Phelan said “Cara is a true TOPSHOP girl. Her style is confident and playful and she can be sophisticated and chic as easily as she can be cool and casual.” 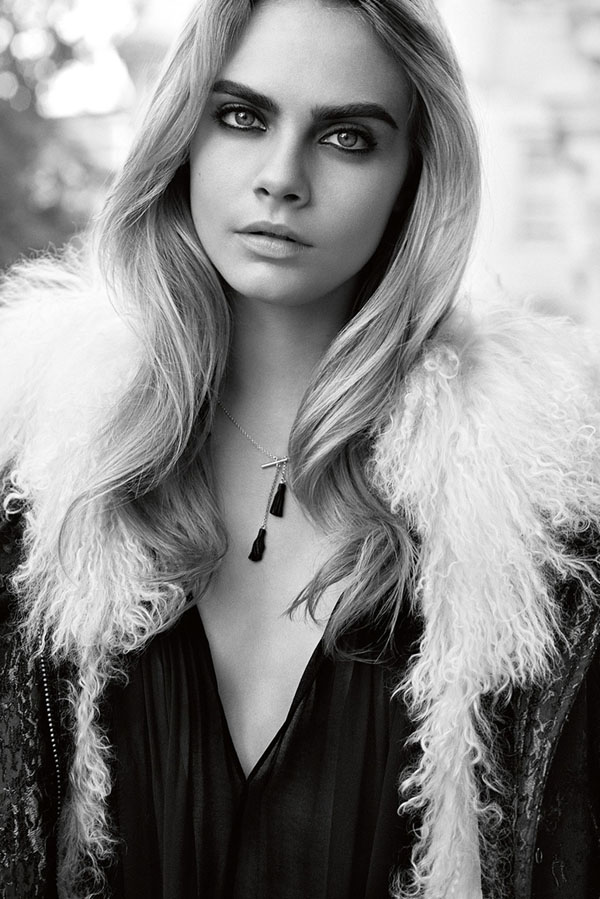 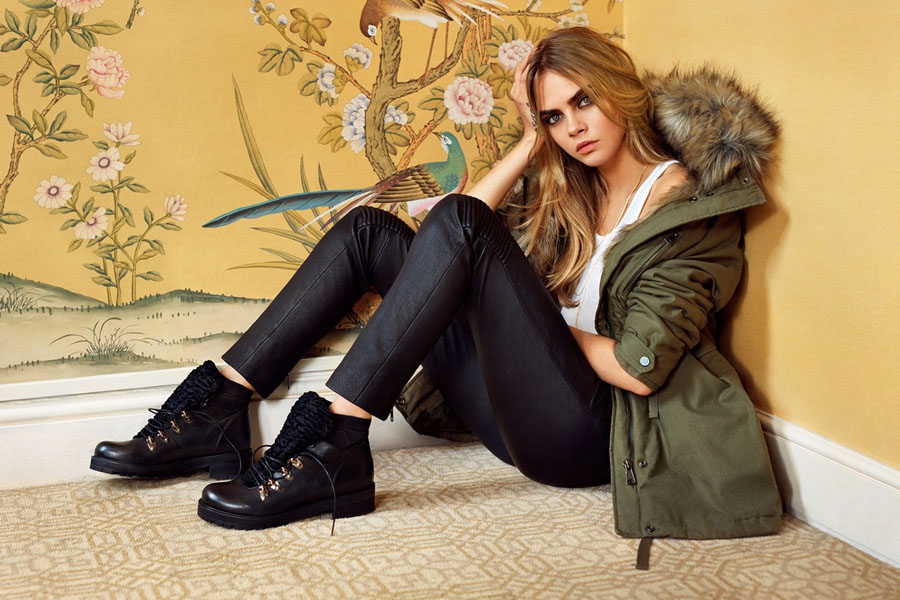 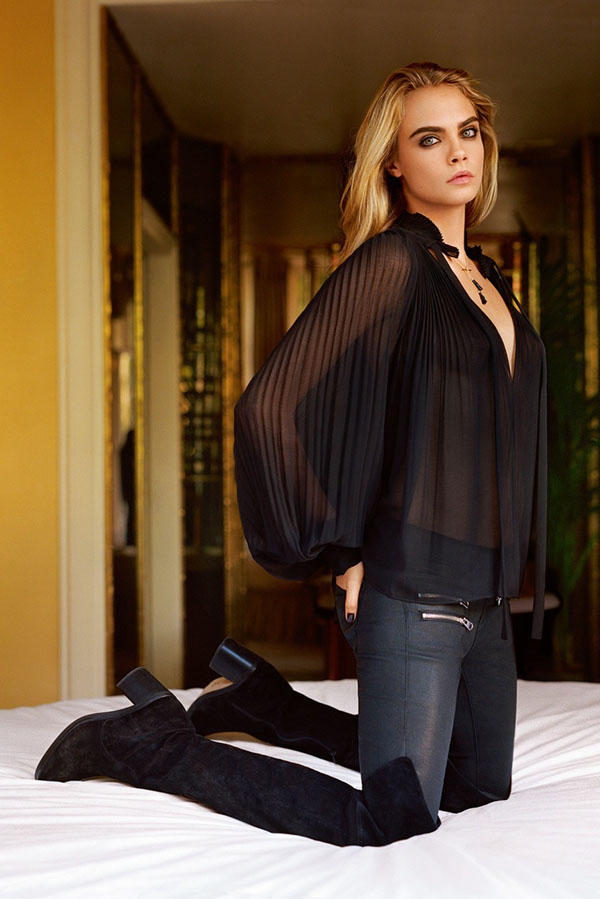 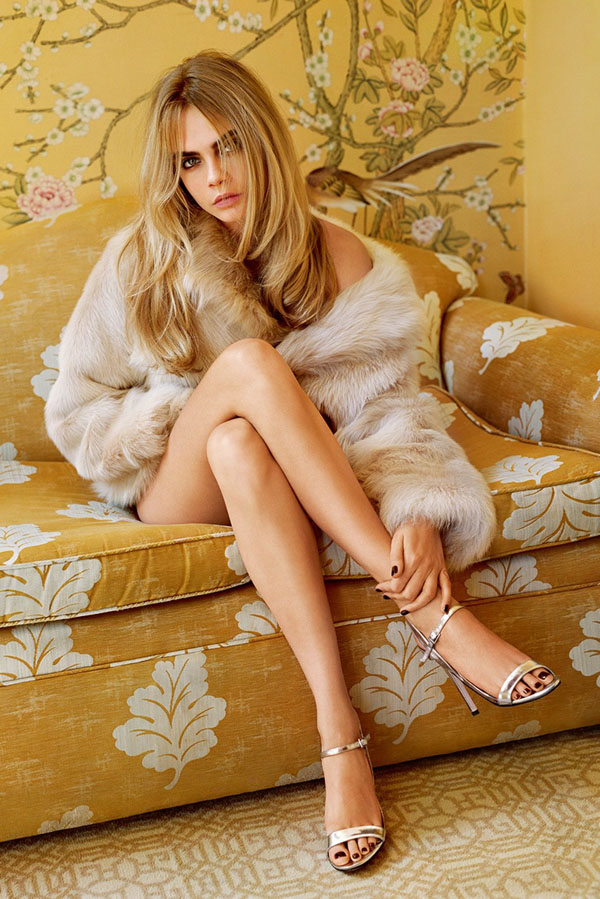 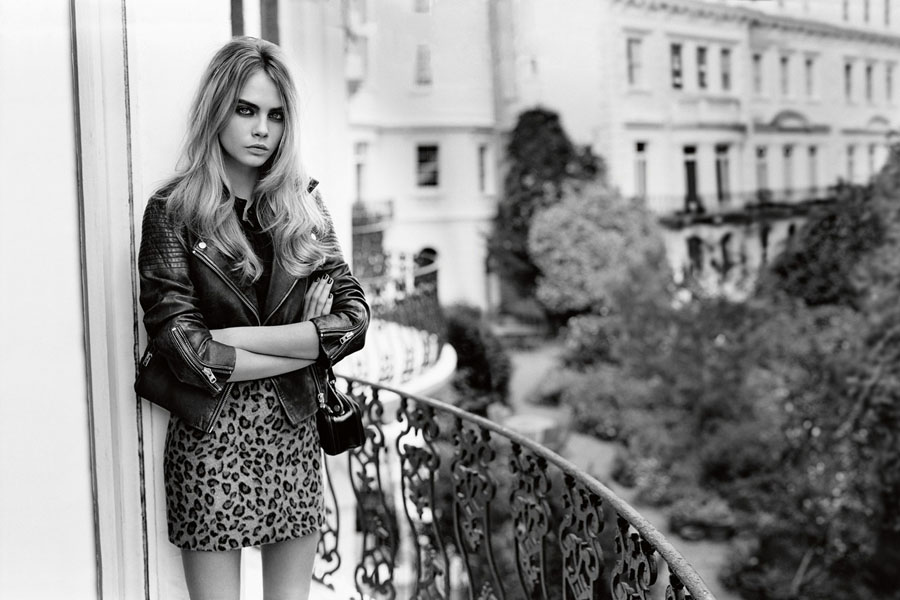 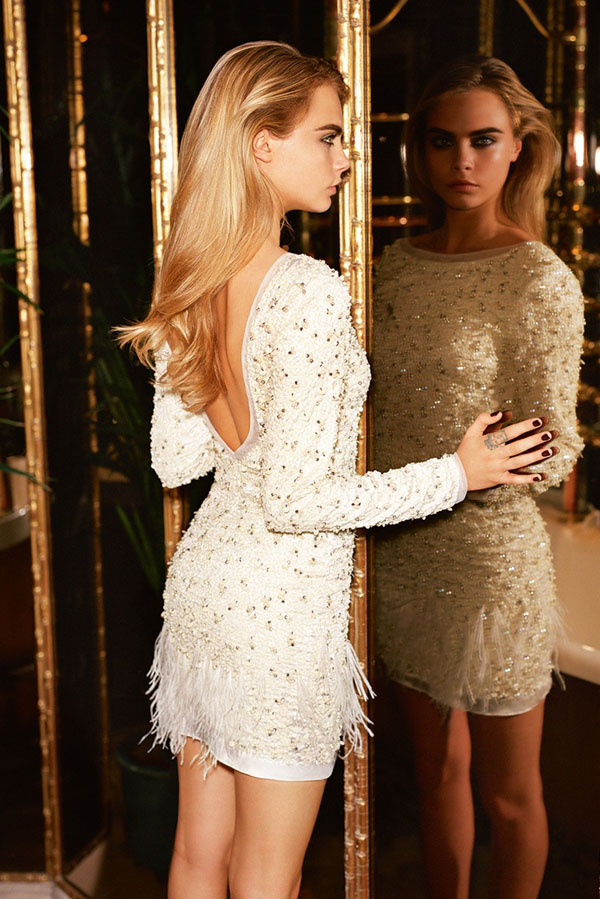 You can pick up these pieces at the Topshop Chicago store or online staring in August. The feather dress would definitely make our ‘Best Dressed on the Scene‘ list.
Do you know where Cara first met her pet rabbit Cecil? We find out in a  behind the scenes video captured

Hotness In The News Tuesday July 29