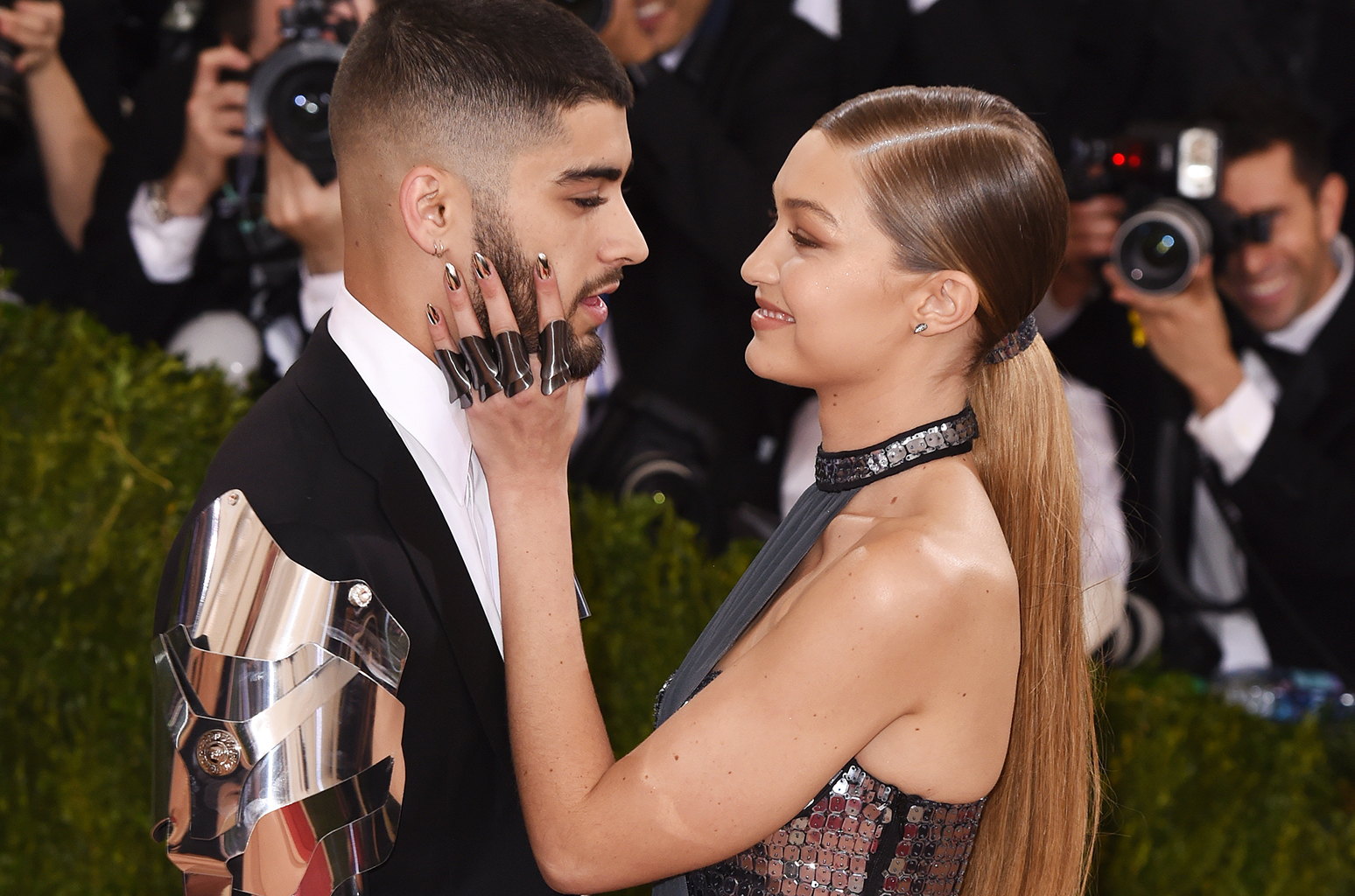 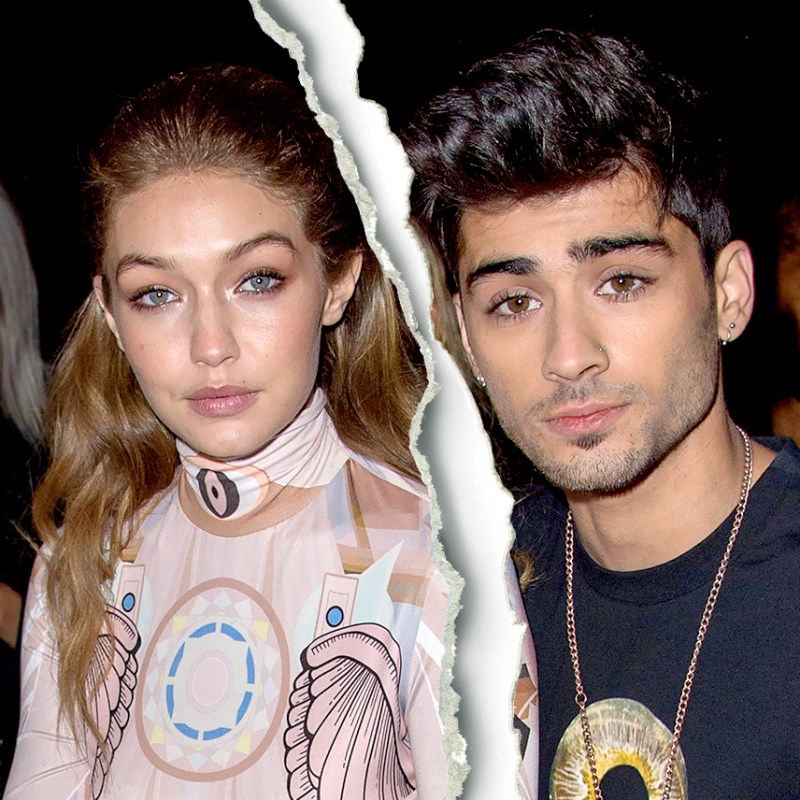 Say it aint so!!!😭😭😭 We were really rooting for G & Z but like most celeb couplings, the gorgeous duo have fallen out of love with each other and have decided to go a new direction(ha!). The couple reportedly ended their relationship earlier this month and then on Tuesday when word began to leak about the split, Zayn confirmed it saying, “Gigi and I had an incredibly meaningful, loving and fun relationship and I have a huge amount of respect and adoration for Gigi as a woman and a friend.” Gigi followed up with a statement of her own on twitter writing: “Breakup statements often seem impersonal because there is really no way to to put into words what two people experience together over a few years..not only in the relationship, but in life in general. I’m forever grateful for the love, time, and life lessons that Z and I shared. I want nothing but the best for him and will continue to support him as a friend that I have immense respect and love for.❤️ As for the future, whatever’s meant to be will always be. xG 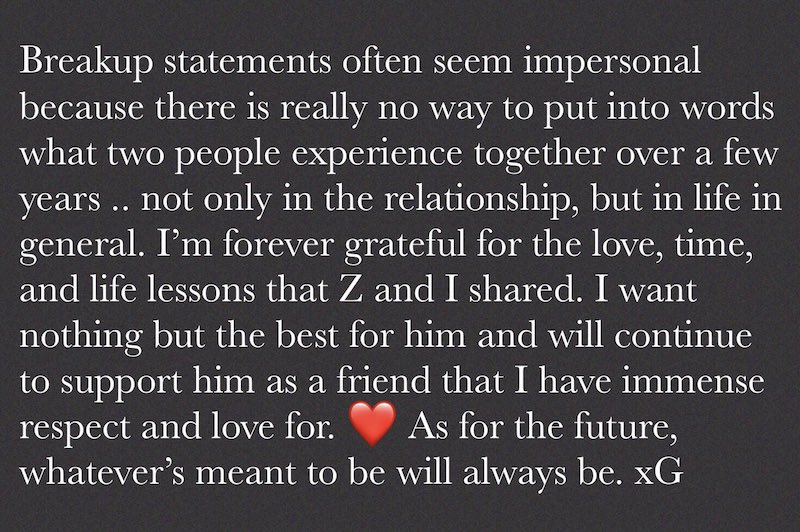 Find below some of our favorite photos of the couple including their Met gala appearances and music video.

Kim Kardashian West is the April 2018 cover star of Elle Magazine. The pinup, mom, wife, beauty and social media entrepreneur shared with the magazine the process in connecting with their gestational carrier (not surrogate since “it’s completely my and Kanye’s DNA”) something they had to do “after Kim suffered from placenta accreta during both deliveries,” why she wants another baby but maybe should not, giving attention to her husband, the “Bo Derek hair” controversy and claims of her cultural appropriation and much more. The writer points out how her home is akin to a a film set to which Kardashian West notes “It’s a label-less house.”  In the photoshoot accompanying the story, the stylist works in Yeezy season wares including bike shorts, swim bottoms. 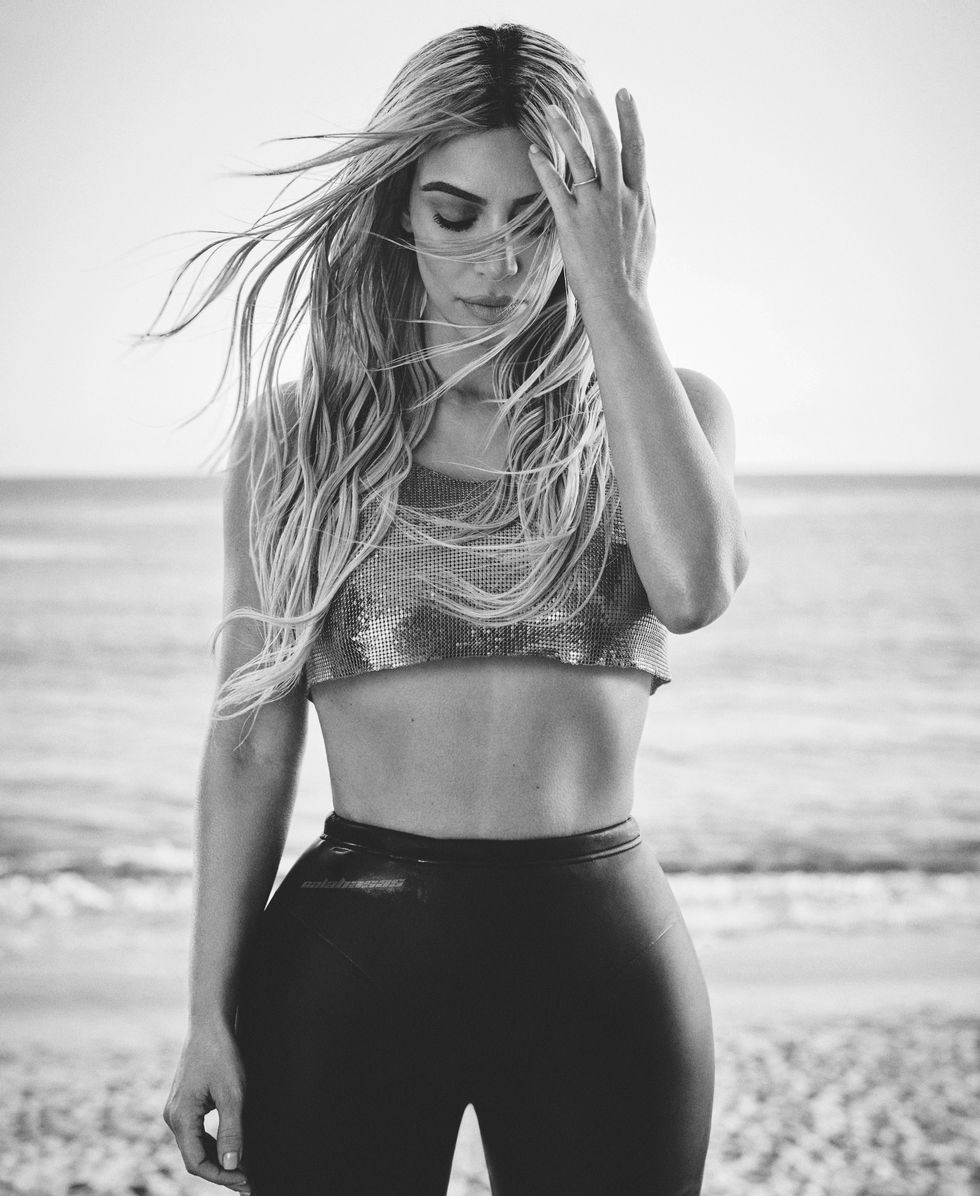 Trey Songzs’ accuser is speaking out publicly in front of press cameras for the first time since leveling a lawsuit against him over alleged assault that took place during NBA All-Star Weekend in L.A.. Andrea Buera, with her lawyer Lisa Bloom at her side, tearfully spoke about the incident and her request. According to TMZ, Andrea — who said she’s known Trey for about 3 years — said there were others who stood and watched as Trey allegedly beat her to the point he gave her a concussion. She wants those witnesses to come forward, and she wants an apology from Trey.

Jhené Aiko and Big Sean are still together despite reports they split. A website, The Jasmine Brand, claims the Detroit native rapper was spotted getting cozy with former Pussycat dolls and X Factor judge Nicole Scherzinger at an Oscar party. When word got out, twitter went into a frenzy accusing Big Sean on hoeing and the such.

YALL HAD ME SHOOK AND SCARED! pic.twitter.com/GhNv2zIUa4

Aiko took to twitter Monday night where she said “sorry, but nothing about you guy’s fan fiction stories are true… I still love you tho 😘” “the internet is a wild place 🤣 it’s a whole other reality. bless the internet. amen.” The duo went public with their relationship back in 2016 after then they released their joint album Twenty88. You’ll remember Big Sean was previously engaged to Naya Rivera but that ended in 2014(immortalized in his final verse of IDFWU “And every day I wake up celebrating shit, why? / Cause I just dodged a bullet from a crazy bitch”) and later dated Ariana Grande from 2014 to 2015. Aiko was married to producer Oladipo “Dot da Genius” Omishore for 11 months but got her divorce finalized in 2017. 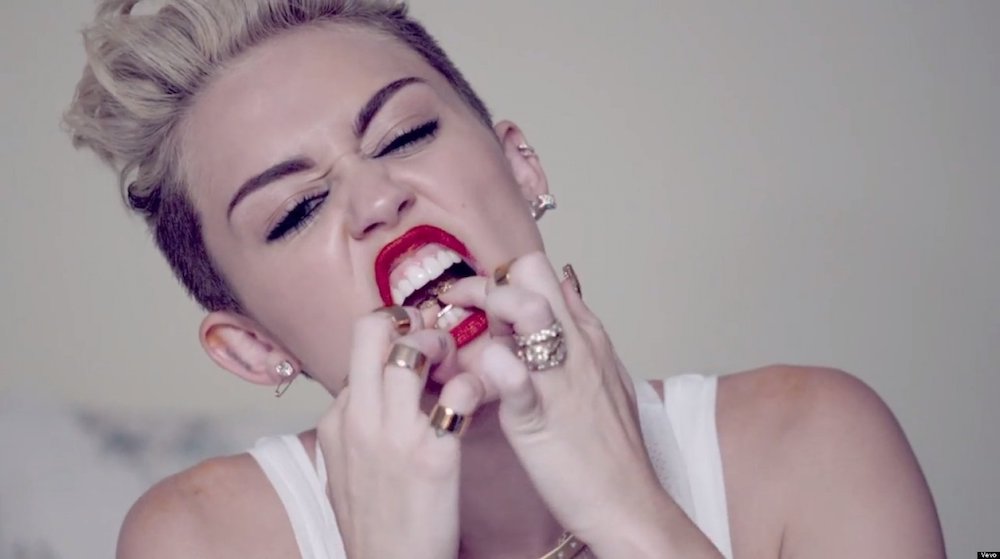 Miley Cyrus is being sued for $300million by reggae singer Flourgon over her 2013 hit We Can’t Stop. The Kingston-based dancehall artist said the 25-year-old borrowed heavily from his 1988 track We Run Things. 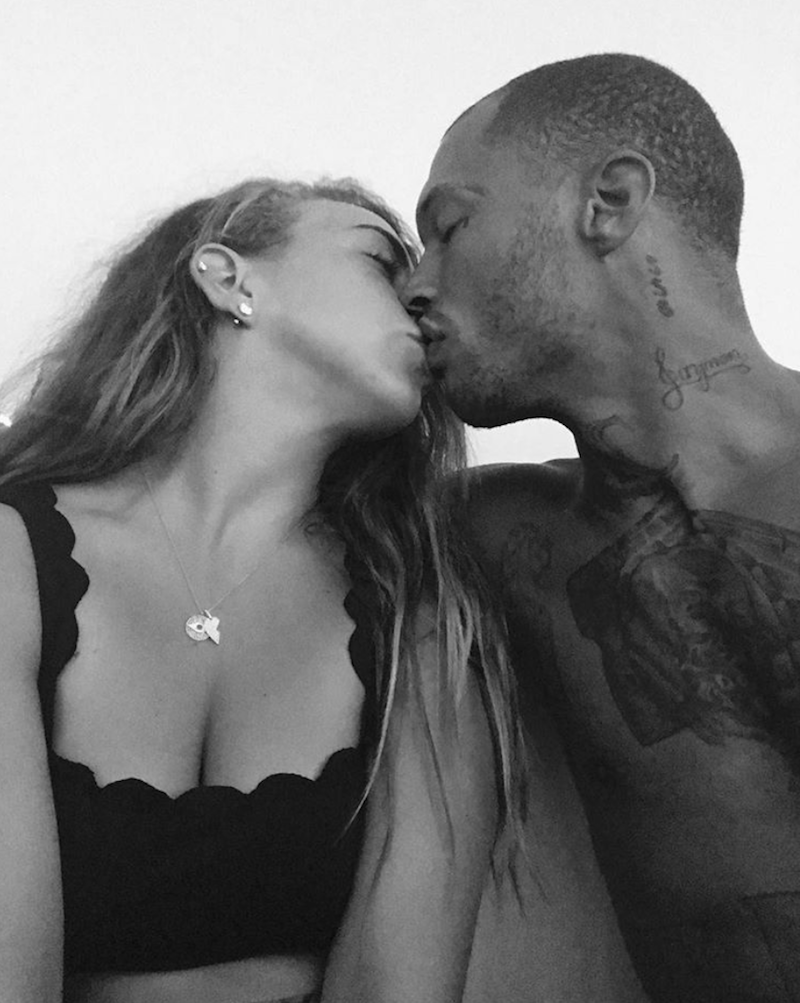 Is Hot felon Jeremy Meeks looking to take things to the next level with his Topshop/Topman Arcadia Group heiress boo Chloe Green? The model has filed documents to hasten his divorce from his ex Melissa whom he recently agreed to a child support deal where he will pay her $1,000 a month for their son Jeremy Meeks Jr., retroactive to November 1, 2017. Meeks would like the court to dissolve his marriage as soon as possible with the Blast reporting the filed documents states “There has been a complete breakdown of the marriage and no further time or assistance will save the marriage. Both parties are ready to end the marriage and have marital status terminated.”
The couple were recently baecationing at the ski resort of Courchevel, France to celebrate Jeremy’s birthday.

Chanel Iman shared a photo of her and her husband Sterling Shepard a week after their romantic wedding ceremony in Beverly Hills.

Gigi and Zayn in good times 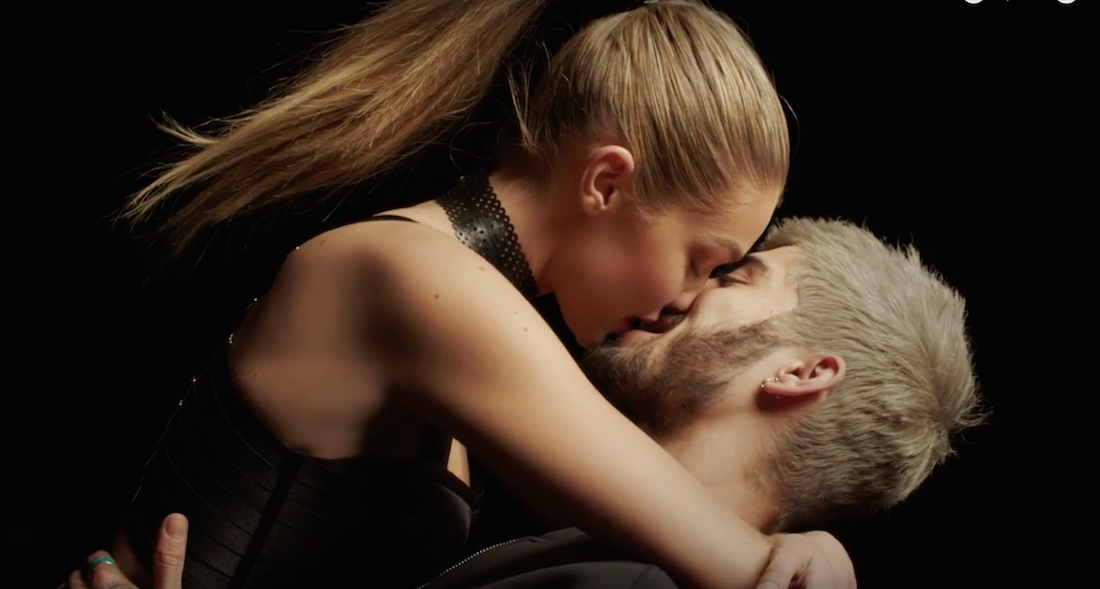