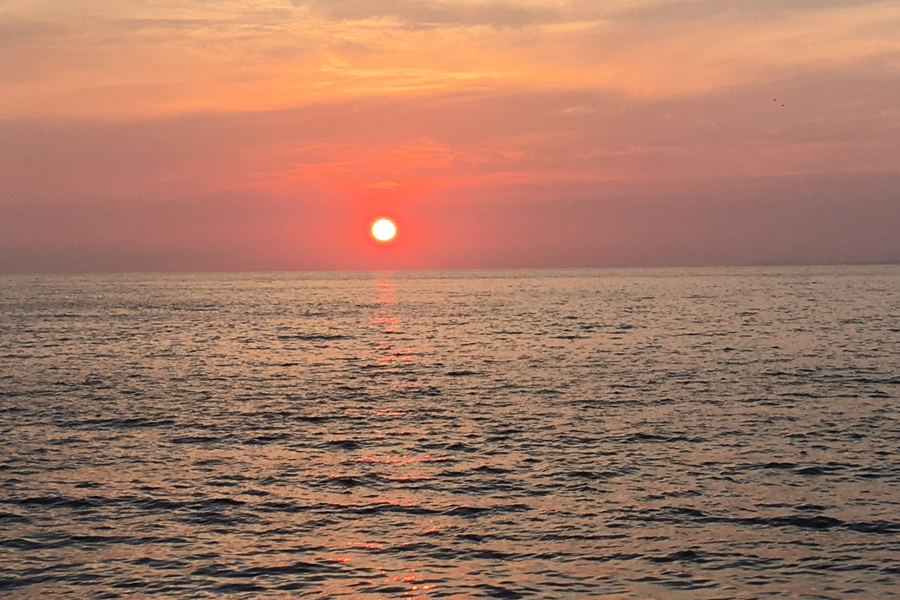 Hotness In The News Wednesday Sept. 27 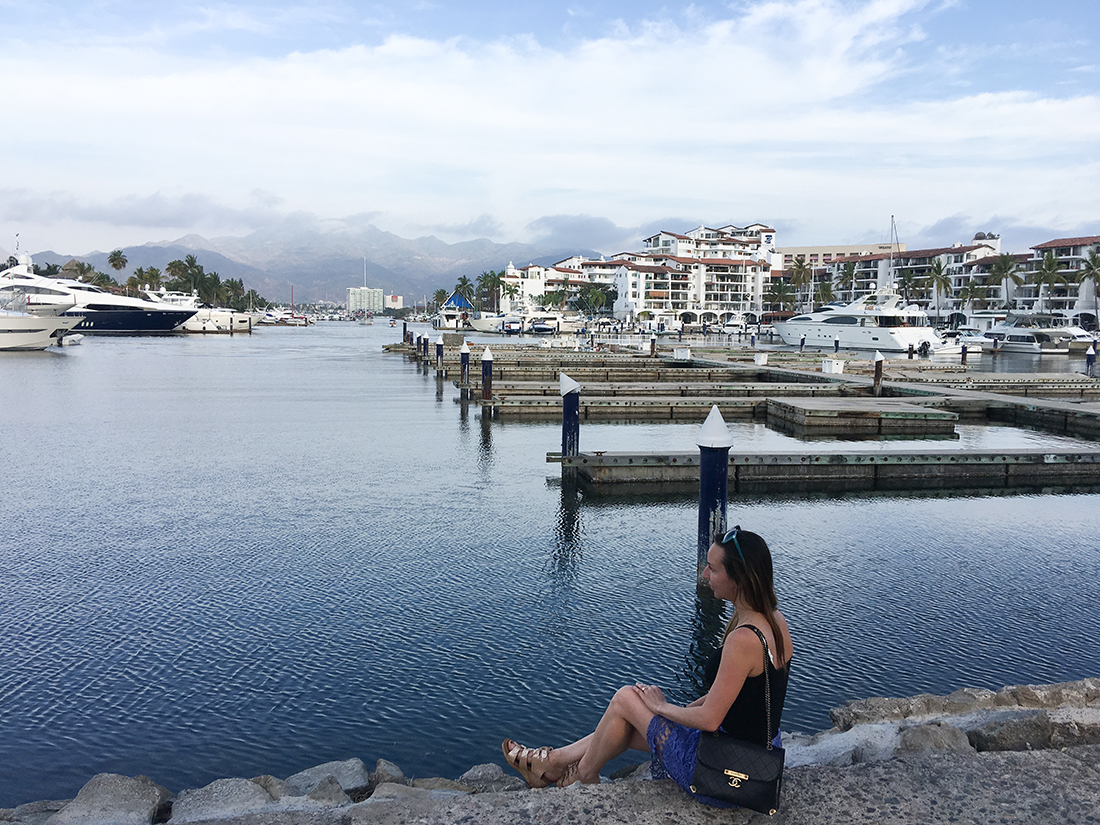 It might be sunny and warm right now in Chicago, but soon the temps will dip and you’ll long for days when the sun’s ray lingered on your body til its a golden glisten; you’ll begin to get early warning signs of the S.A.D.S when the grey skies creep in and the temperatures drop. A few weeks of the cold weather, the itch becomes unbearable and your wanderlust kicks in. Don’t wait until the last minute to start planning your fall/winter getaway. Now is the time to get started in planning that warm weather getaway and I’ve got the perfect place for you. Its a four and half hours nonstop flight from Chicago, it’s offers visitors that balance of history steeped with tradition but yet still modern; the sunsets are incredible and the food, oh man you can’t beat it. I’m talking about Puerto Vallarta, Mexico. The resort town situated on Mexico’s Pacific coast, in Jalisco state. If you’re looking for a long weekend getaway or a true vacation away from the everyday hustle and bustle, Puerto Vallarta or PV as many refer to it, is just the cure for your wanderlust. 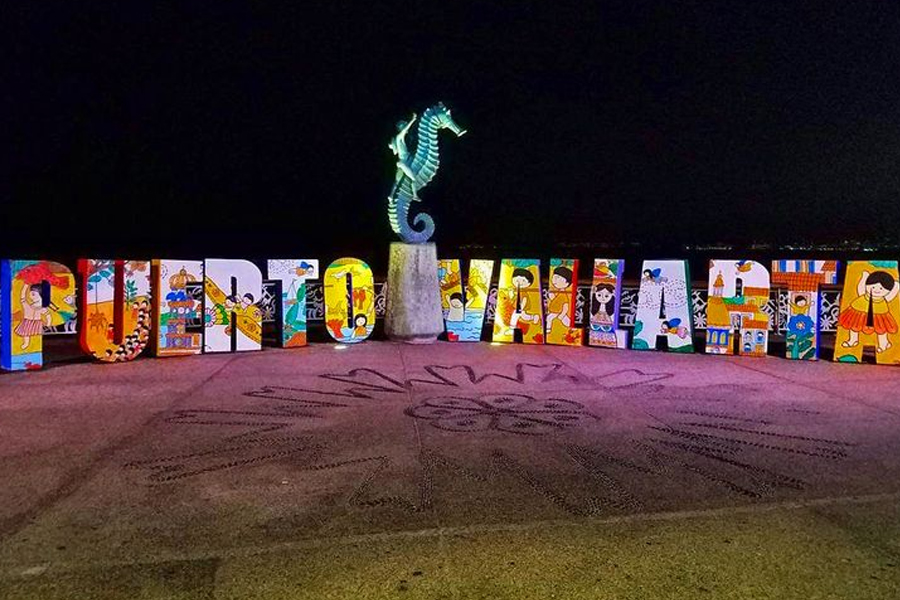 Puerto Vallarta, once known as “Puerto Las Peñas” became one of the hottest and chicest vacation destinations after director John Huston filmed his 1964 movie “The Night of the Iguana” in neighboring Mismaloya, a small town just south of Puerto Vallarta. During the filming, one of the reigning queens of the big screen Elizabeth Taylor’s was in the throes of an affair with Richard Burton whom she would later on marry and divorce(twice), was spotted all over the Island. The publicity from La Liz and Burton’s affair coupled with what some reports state were the frequent fighting between director Huston and the film’s four stars, helped put Puerto Vallarta on the map for tourists, especially those in the US.  Today, tourism is one of PV’s largest industry and it’s always ranking on the best places to go year after year. Puerto Vallarta is also known as the most welcoming and gay-friendly destination in the country, dubbed the “San Francisco” of Mexico. 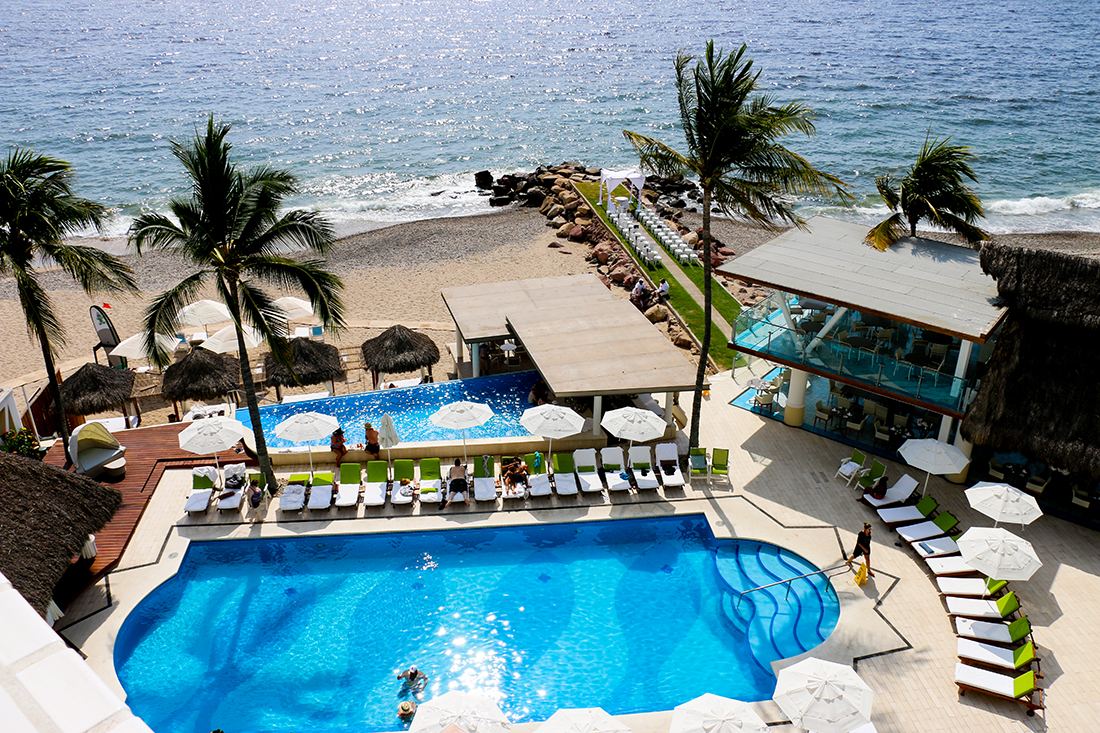 Villa Premiere Boutique Hotel & Romantic Getaway
They say you can’t judge a book by its cover but you can certainly judge a hotel by the way the staff treats guests, the food and drinks situation, location to the beach and most importantly complimentary L’Occitane toiletries. Villa Premiere Boutique Hotel & Romantic Getaway was the perfect hotel. It’s literally right on the beach so if you prefer to fall asleep to the ocean waves, you can do just that. The extra bonus was that its an adults only hotel so you won’t find any screaming unruly kids running around, (not that there’s anything wrong with that). Villa Premiere Boutique Hotel & Romantic Getaway is a few block from the promenade and recently underwent a $3.8 million property wide renovation. Prices vary by season but if you go as a duo or in a group it eases tension on your wallet. 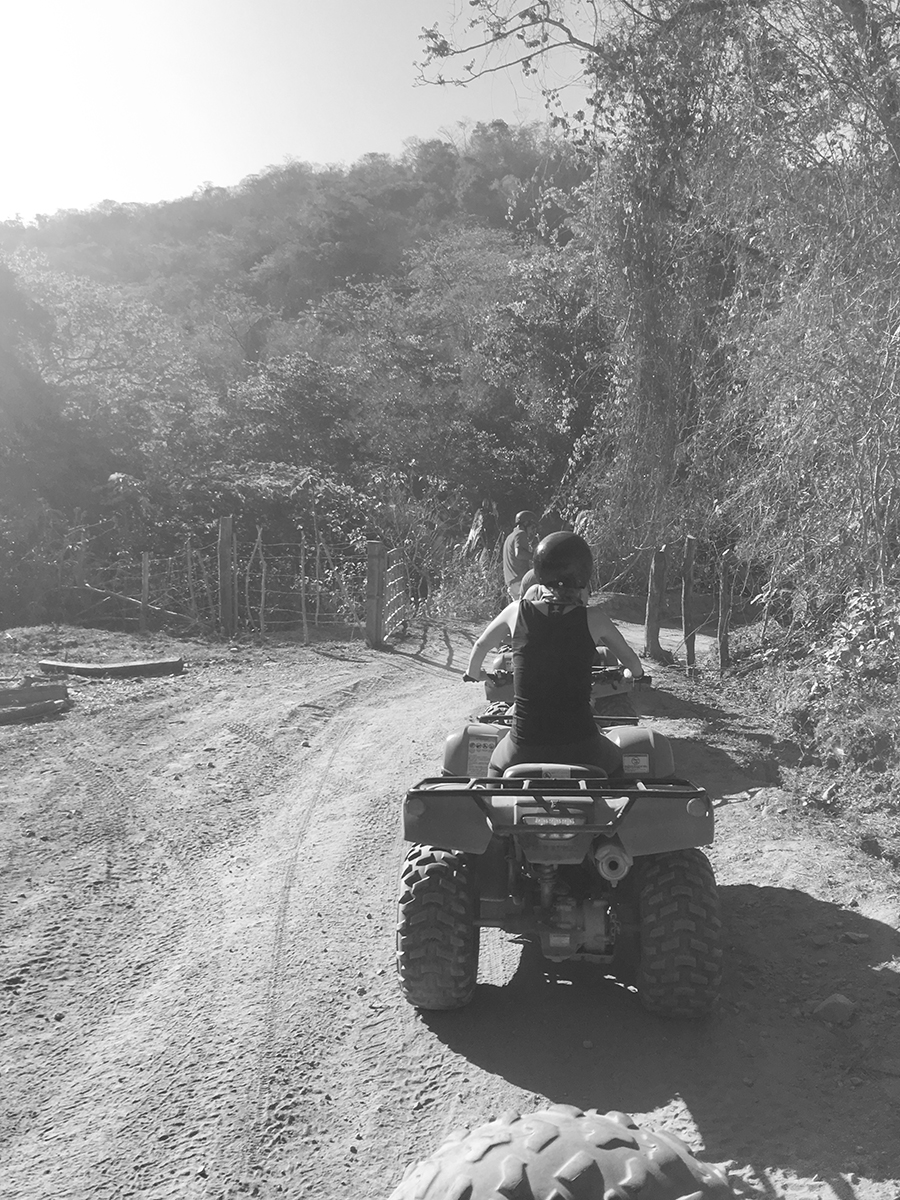 Yes the beach is right there and you’ll probably want to do nothing more than just lay there your entire stay but you shouldn’t. There are so many great activities from adrenaline pumping adventures to cooking classes and more. An exceptional way to get a lay of the land (whether by walking or bus) and sample cuisines from the different restaurants, mostly family run is with Vallarta Food Tours  either through the 5 de Diciembre Neighborhood or Emiliano Zapata neighborhood. If adventure is more your calling, Canopy River has a range of activities for your inner adrenaline junkie from Ziplining, ATV and river expedition. Live a little and try the ATV adventure where you ride through different terrains of different heights and then a glorious view of the Sierra Madre awaits plus a stop at the crystalline waterfall “el salto” so come prepared with a bathing suit; want more, take the daring Jorullo bridge ATV tour high above the mountains. 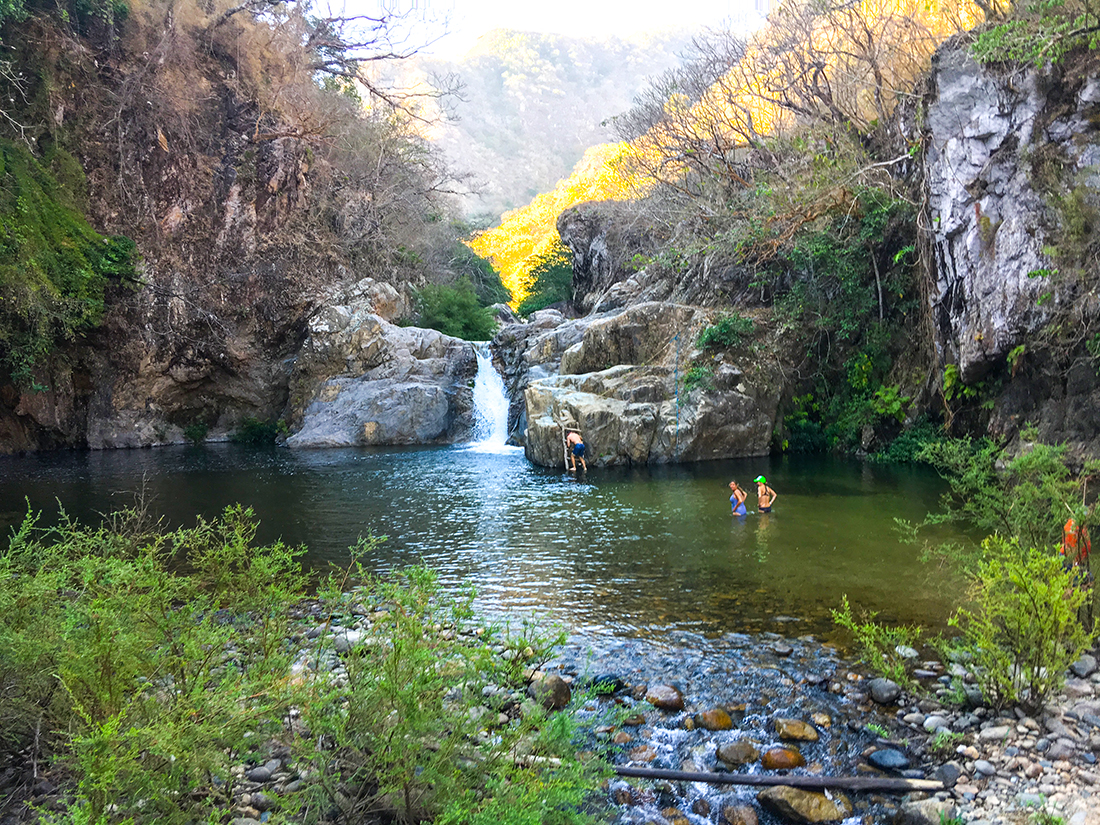 If flying high above at extreme speed is more your thing, join in the zipline action where the fun includes travel by speedboat and mule. The Vallarta Botanical Gardens, with its lush greenery all around, is just begging to be instagrammed offering a more serene activity. 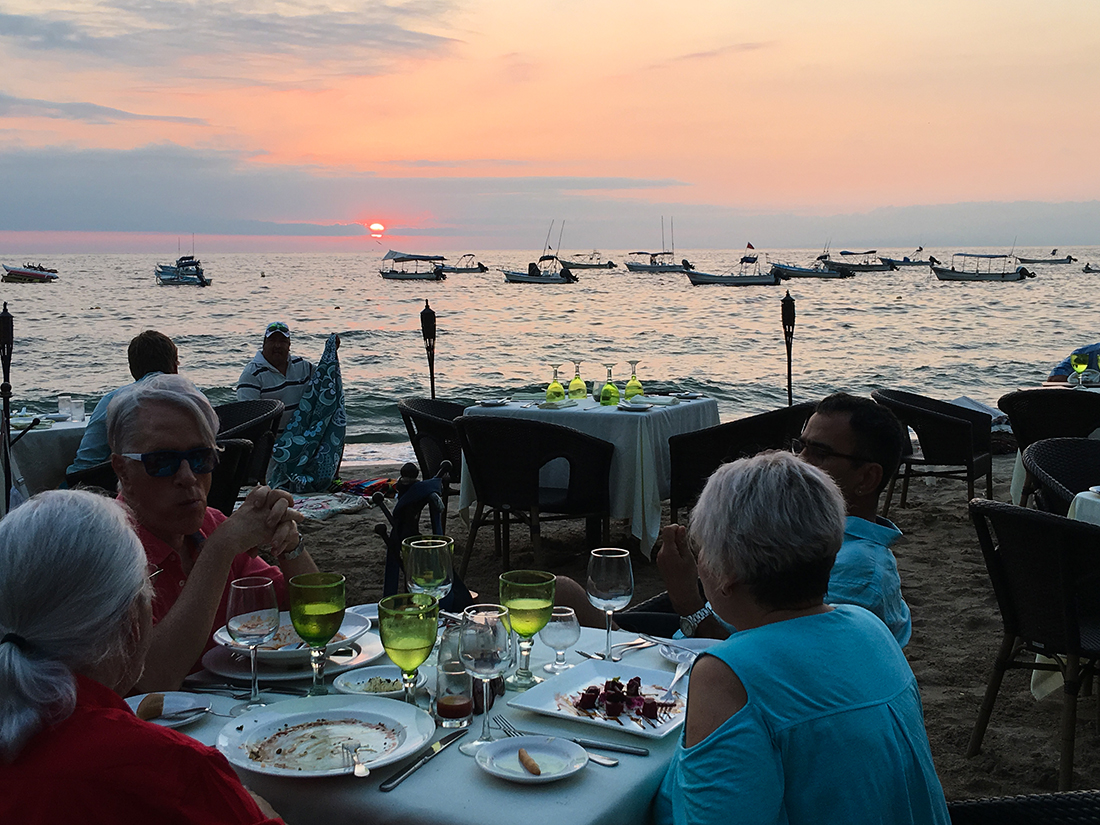 Tintoque, located in the marina zone of Puerto Vallarta is led by Michelin star trained Chef Joel Ornelas the food, though a bit more gastronomically forward that what’s served locally, it’s still pretty amazing. The way food is presented here is to enjoy not rush so if you are low on time this might not be the best place for you though I think when you’re on vacation your pace should be slowed down anyway. Get the fried octopus then inquire about where they get their dishwaters from.
No trip to Puerto Vallarta is complete without dinner at La Palapa. A spot once frequented by La Liz and Richard Burton (you will hear this several times), sits right on the ocean and you can choose to eat al fresco with the sand between your toes and not in your food while watching the sunset and revelers playing at Las Muertes pier. 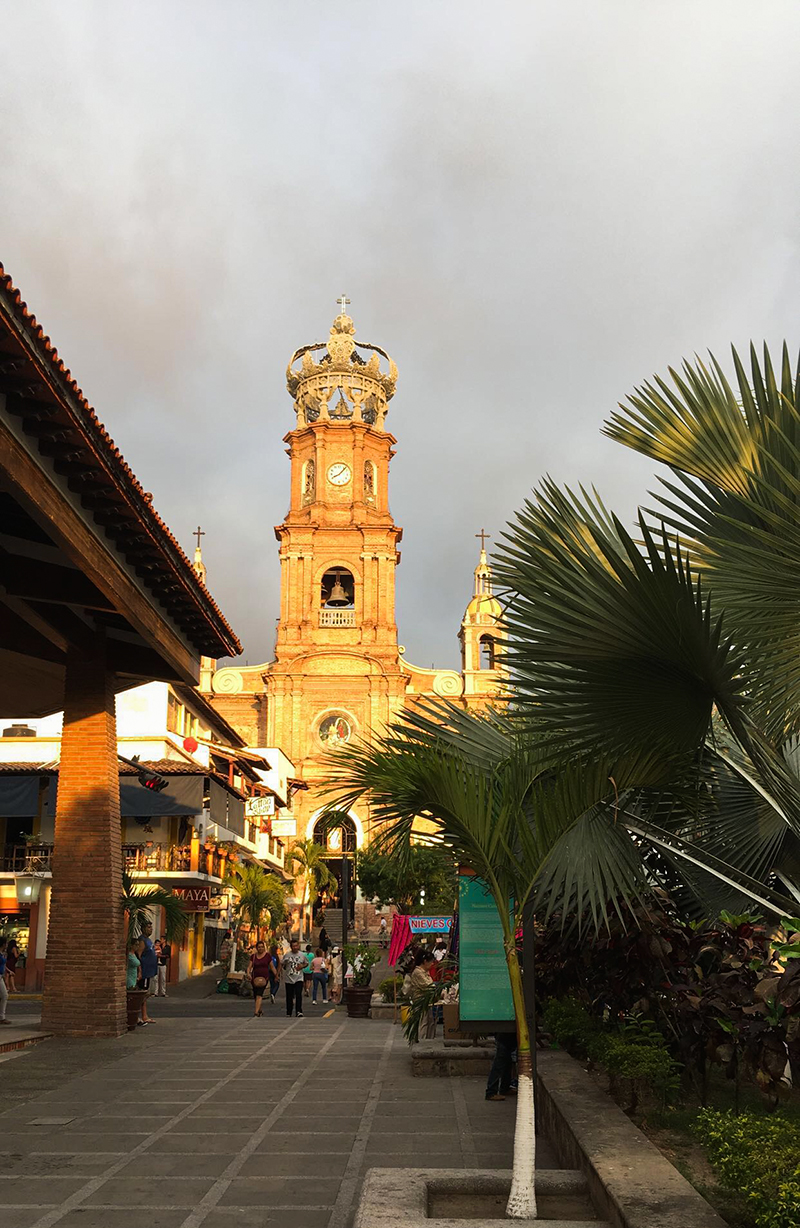 Take a walk around the promenade,  The Malecon, and take in the sights including The Crown of Our Lady sculpture on top of La Iglesia de Guadalupe, (the Church of Our Lady of Guadalupe) in Viejo Vallarta. Puerto Vallarta has been known to attract not just the fabulous and chic hollywood set on land, several multi millionaires and billionaires including Steven Spielberg and David Geffen have taken their super-yachts and ginormous vessels to the waters off Puerto Vallarta’s coast at the Bay of Banderas.

United Airline offers several non-stop flights from Chicago to Puerto Vallarta with prices starting at $330, depending on what month you fly.
See more pictures from my Puerto Vallarta adventure in the gallery above.

What places are on your bucket list to getaway to this fall/winter?

Hotness In The News Tuesday Sept. 26

Hotness In The News Wednesday Sept. 27