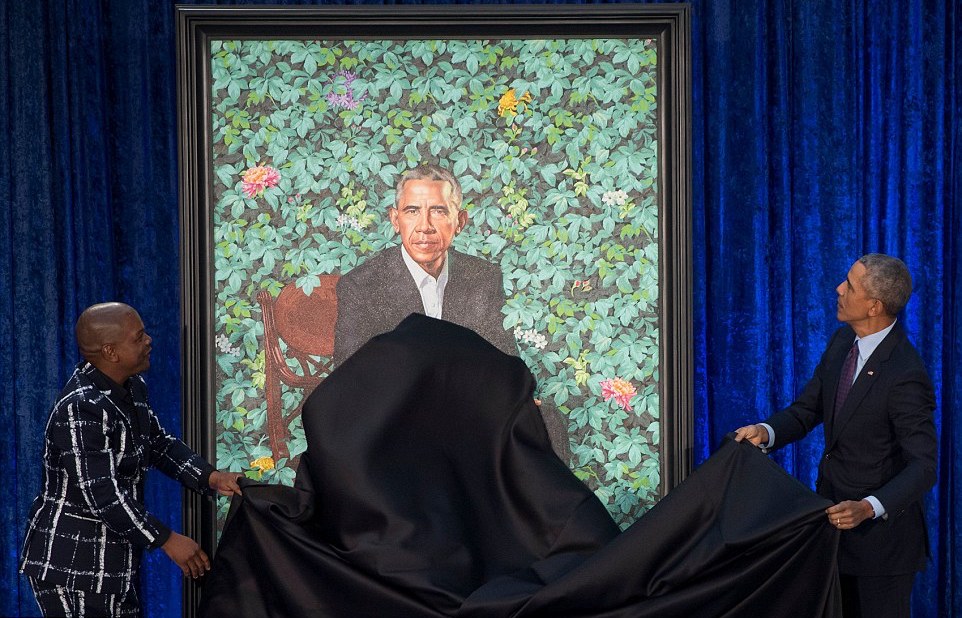 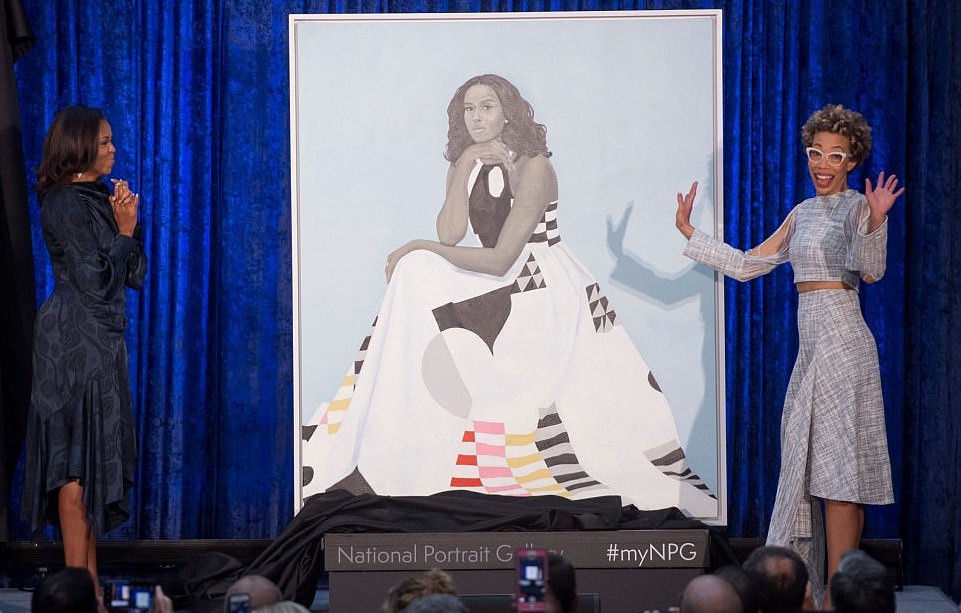 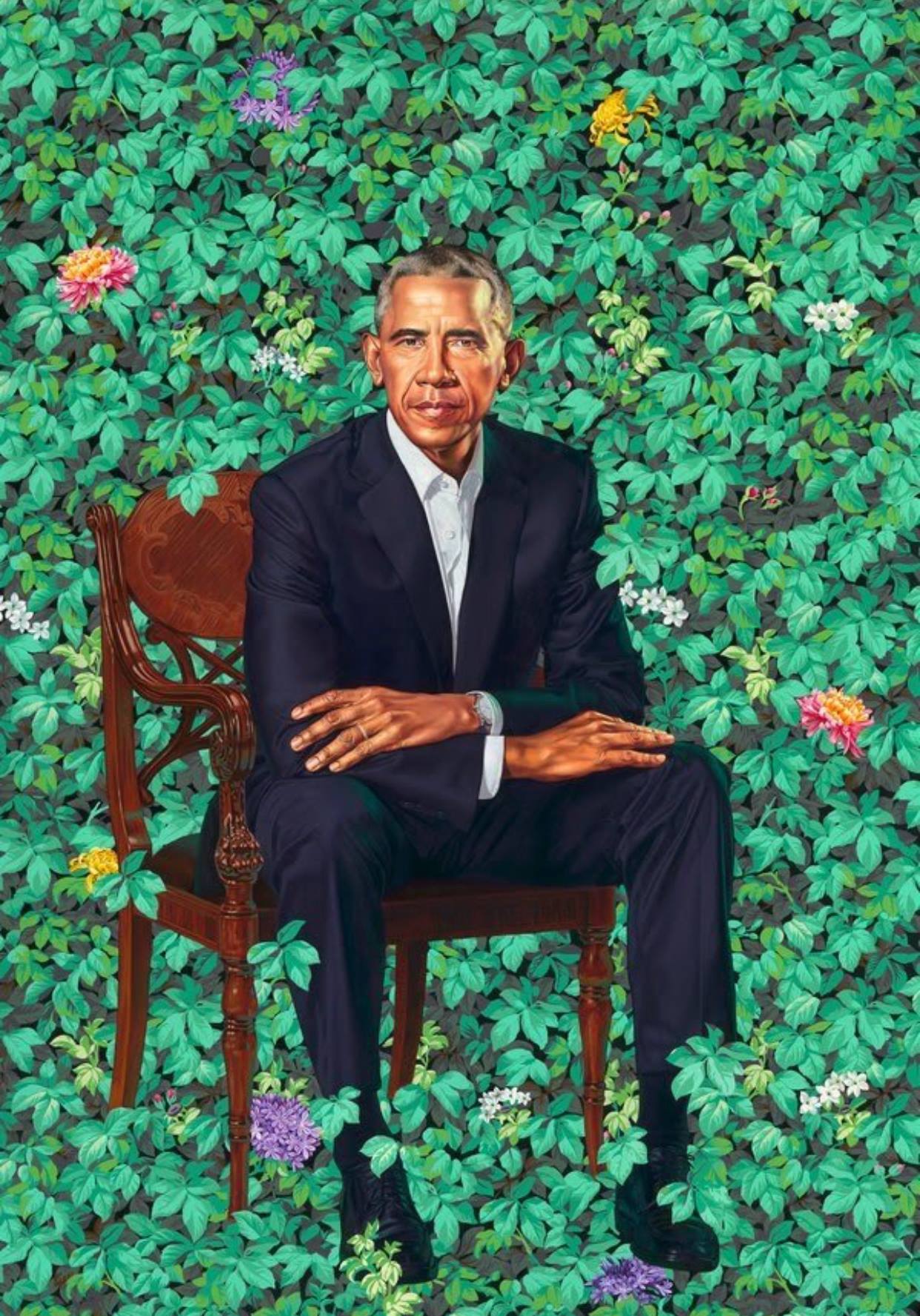 President Obama chose Kehinde Wiley, a black, Yale University-trained artist, whose signature work is easily recognizable for his depiction of African-Americans posed in the style of Old Master paintings, regal, formal and filled with pops of color. Wiley is the first African-American artist to paint an official presidential portrait for the National Portrait Gallery 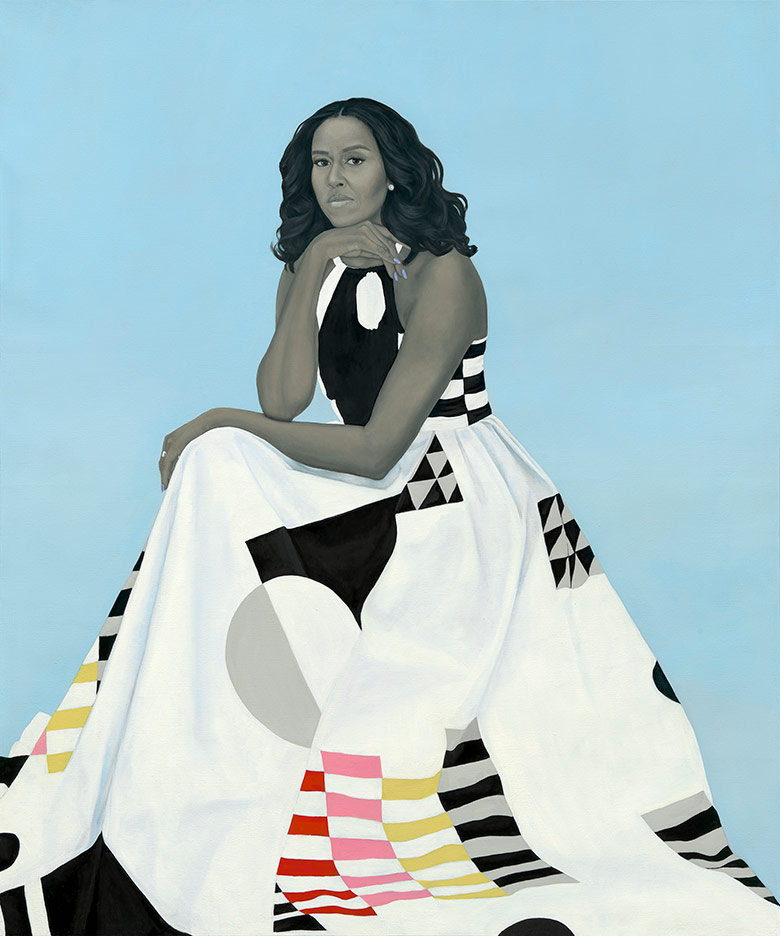 Mrs. Obama’s choice for Baltimore based Sherald, a relatively unknown at least compared to Wiley, has left some not familiar with her work or art less than impressed though I must say I love how both artists interpreted the Obamas. Sherald’s style of work paints black skin tones in gray as a way to take away the assigned “color” of her subjects; it’s less about realism in composition and more about shape and color. Sherald is the first African-American woman to create an official First Lady portrait for the National Portrait Gallery.

“They will see an image of someone who looks like them hanging on the walls of this great American institution. And I know the kind of impact that will have on their lives because I was one of those girls,” Mrs. Obama said. 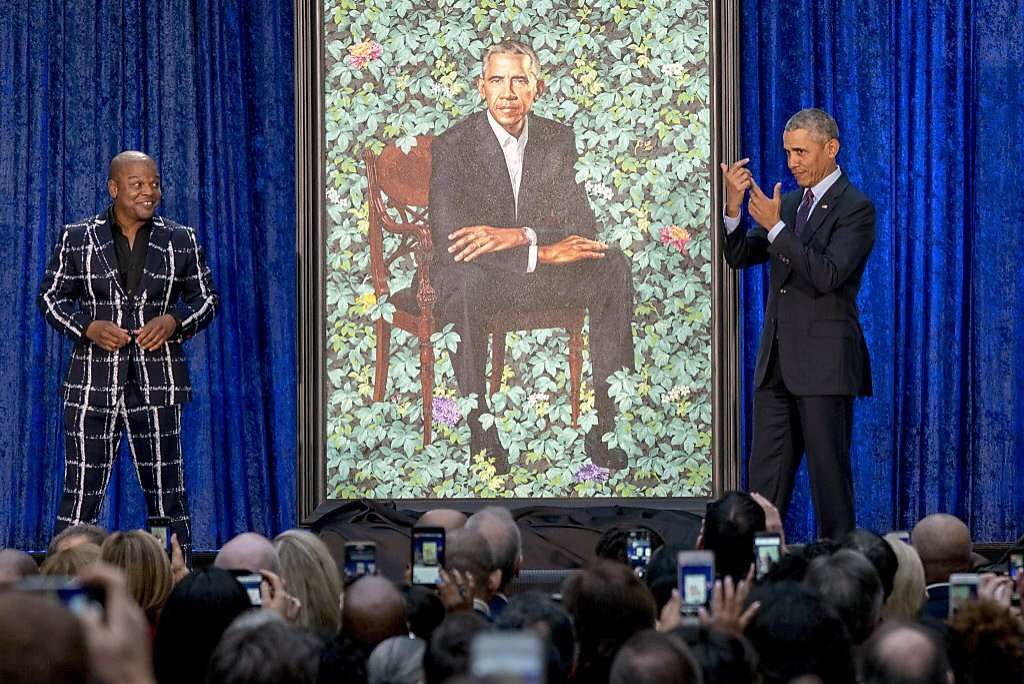 In former President Obama’s portrait, Wiley incorporated different flowers  into the greenery background that includes the chyrsanthemum, the official flower of Chicago, and jasmine for Hawaii; also some African blue lilies, symbolic of Obama’s Kenyan heritage. 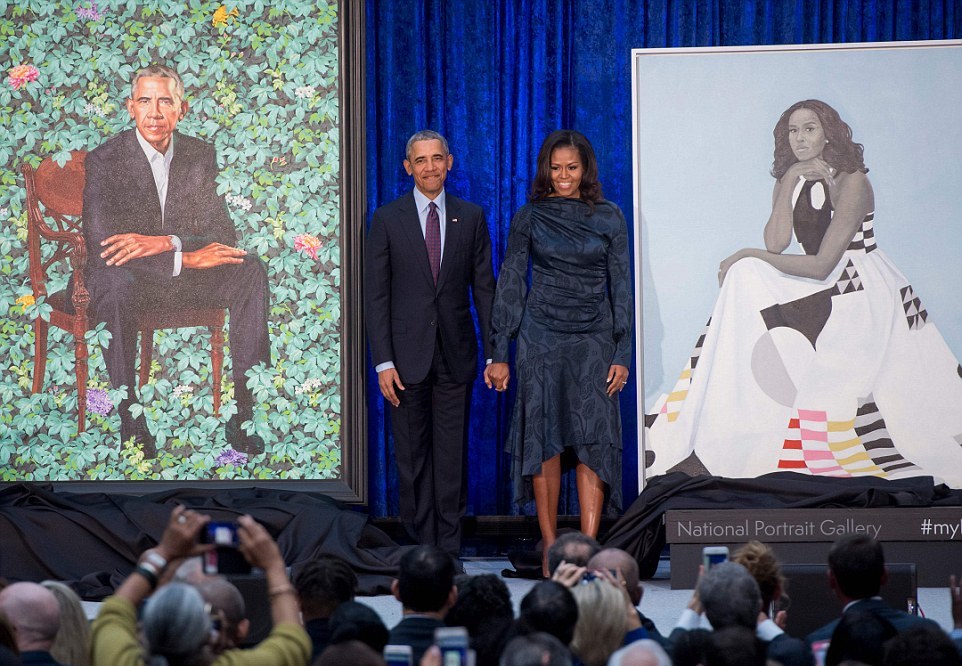 The Obamas looked at the portfolios of more than two dozen artists before deciding on Wiley and Sherald. Obama’s portrait will hang in the hall of presidents and the former first lady’s will be placed in another gallery. Both will be open to public viewing on Tuesday.

Hotness In The News Monday Feb. 12