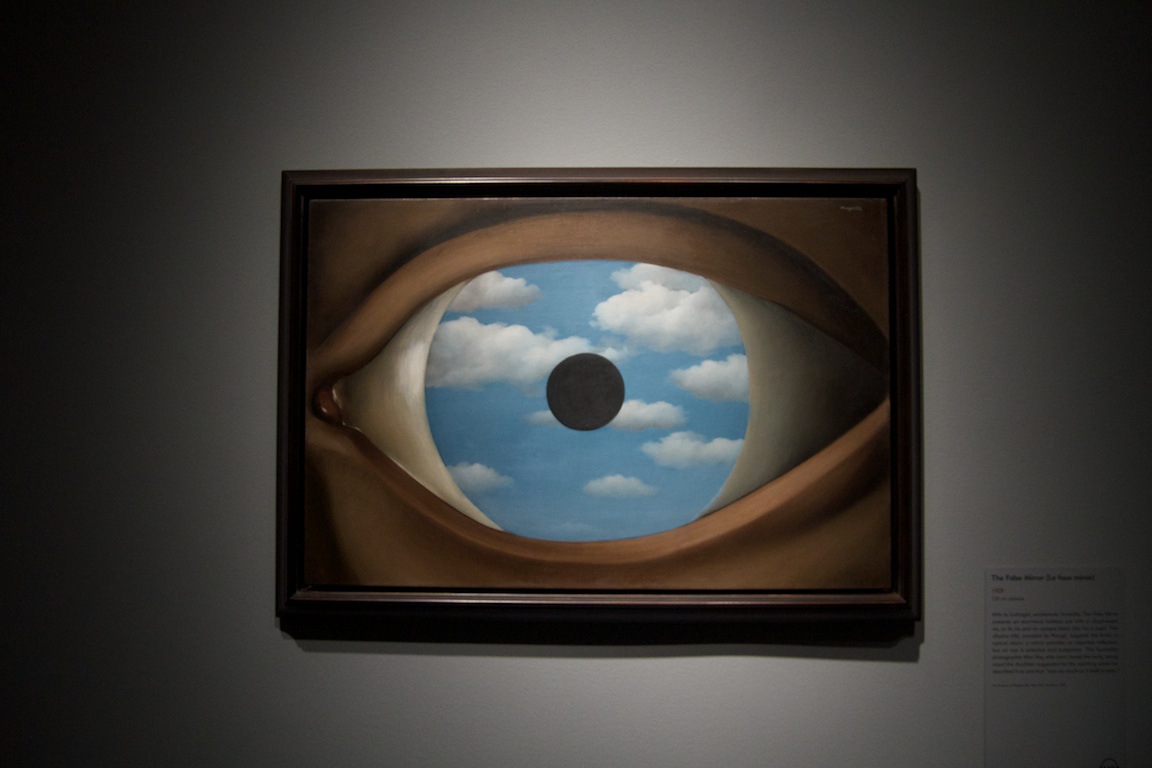 Hotness In The News Wednesday June 25 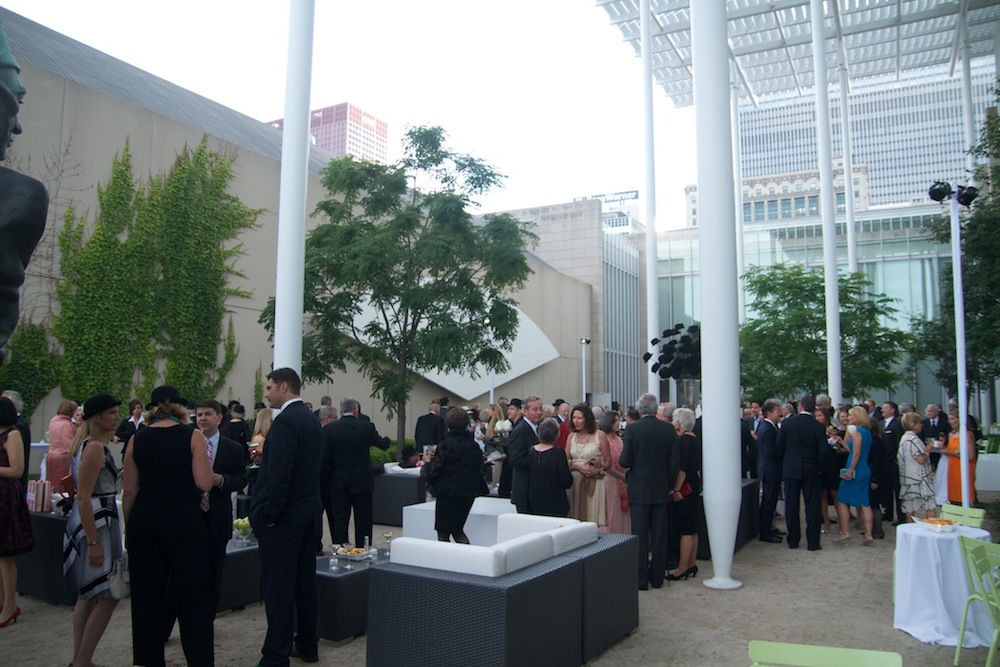 You couldn’t have asked for a more perfect  weather and setting for the night to celebrate the opening of the highly anticipated Art Institute of Chicago exhibit Magritte: The Mystery of the Ordinary 1926-1938.
As guests pulled up to Monroe/Columbus entrance they were greeted into the Pritzker Garden with special Magritte inspired cocktails. Surrounded by trees and pillars, guests mingled while noshing on passed hors d’oeuvres  with a group of guests discussing the  recent web senstation hottie felon.

A gala dubbed surrealistically chic gave guests that chose to the liberty to dress outside the box with a couple in attendance dressed as Magritte’s The Lovers (Les Amants) another in a black tailcoat with bright shorts, helmet and a glove on the helmet, Patrick Wood Prince in a casual tux with tshirt and converse sneakers. Perhaps all gala dress codes should be like that? 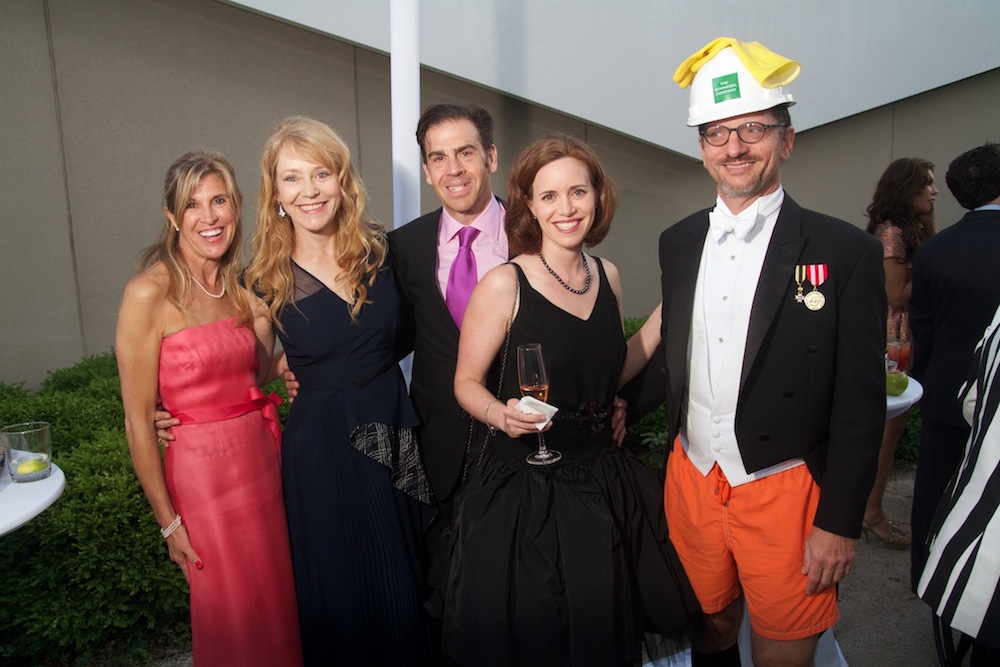 Whether they went to Ikram, Neopolitan, Chalk, Barneys or Neimans, guests in attendance joining Gala chair Cathy Busch who looked fresh in a white and silver combo dress, included Anne Fraumann, Connie & Ed Horner, Cari & Michael Sacks,  Alexa Rice, Rick and Toni Canada, Desiree Rogers, Susan and Michael Canmann, Tim and Sandra Rand were all dressed to impress with some even making our ‘Best Dressed on The Scene’-Vote HERE 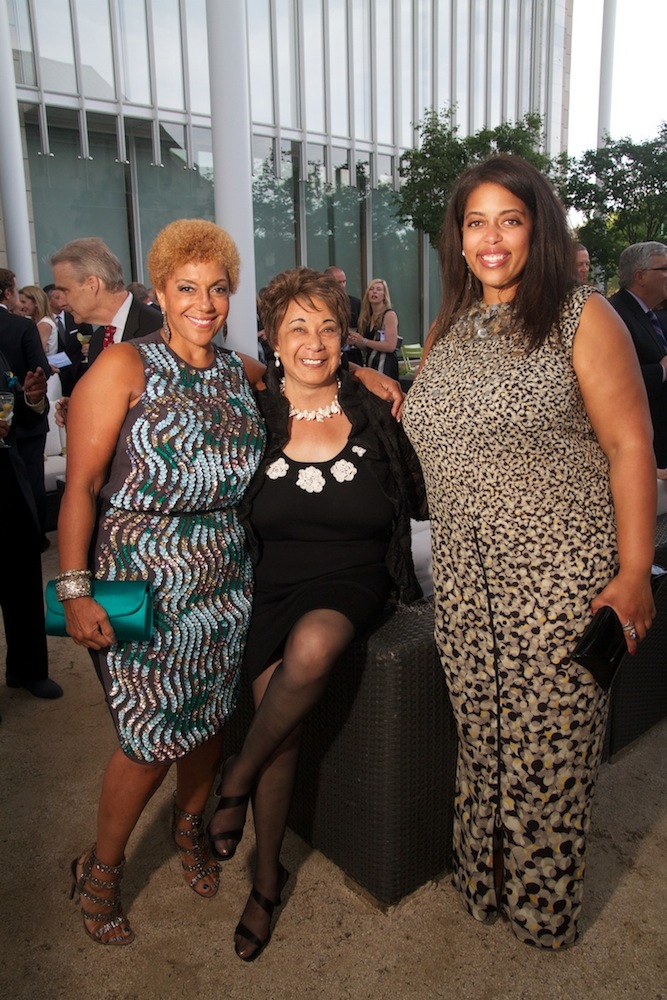 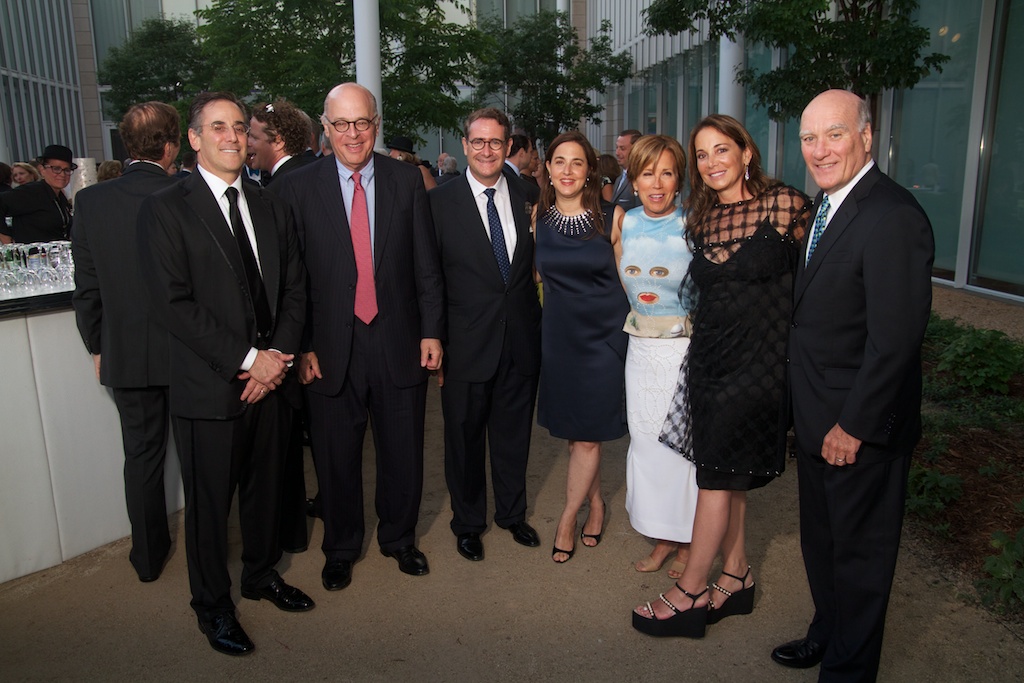 A surprise guest at the gala was the Director and Chief Curator of The Studio Museum in Harlem Thelma Golden who was in rapt conversation with Anita Blanchard and Marty Nesbitt. She’s a darling and influencer in the art world. 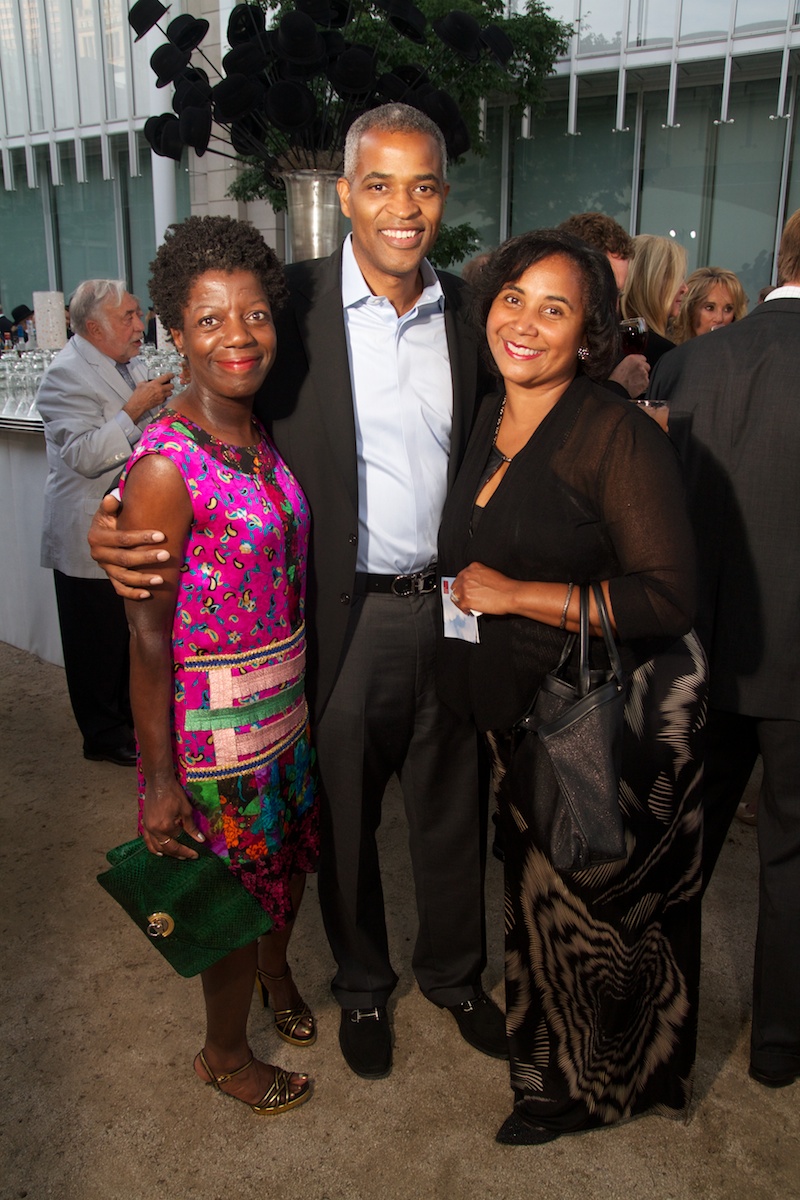 Theaster Gates along with his date arrived as guests were being seated for dinner. 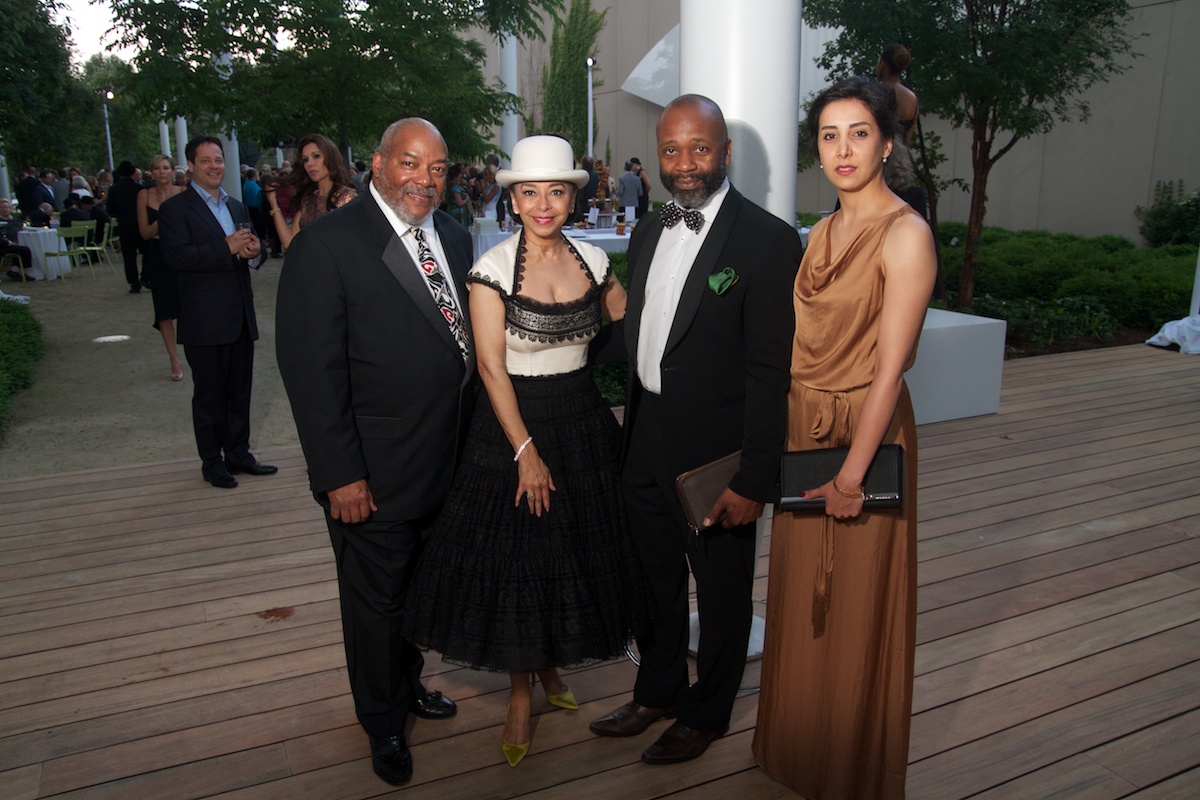 The exhibit and the production is simply amazing. The dark lighting sets the tone without distracting from the art works which range from The Healer (Le Thérapeute) to a 3 piece that has not been in the same room since it was commissioned in the 1930’s(final surprise you have to attend to see).

Did you know that when Rene Magritte passed, since he didn’t have any children all his pieces were willed to his wife who then willed it all to her hairdresser- Charly Herscovici-when she passed leaving him with full control of the Magritte estate, til this day, what a lucky man! 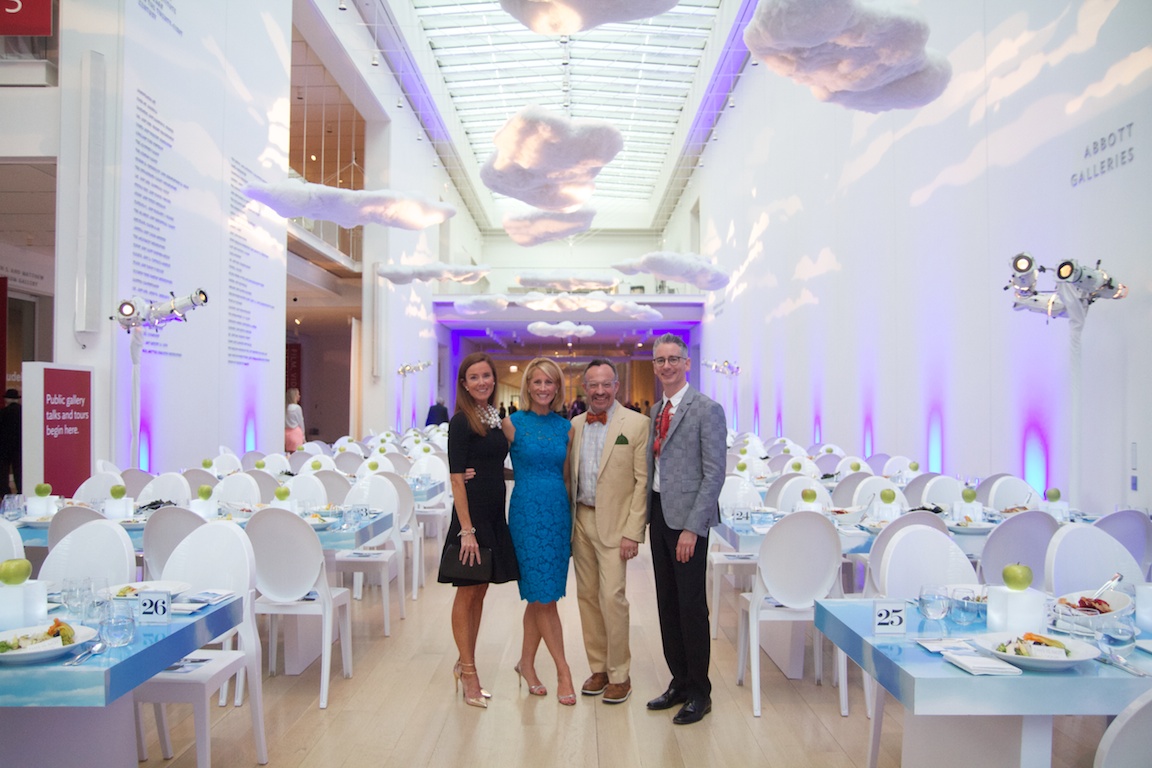 Blue skies is a recurring theme in Magritte works and HMR designs created one worthy of the gala with cloud puffs above and cloud covered tabled topped with green apples. Dinner, which was prepared by Bon Apetit, began with an unexpected salad not salad not soup.

A sambuca peach eat.drink.shoot which tasted like a fancier Robitussin preceeded the main course of Seard NY strip and parmesan crisp. Dessert was a floating island of pureed passion fruit and meringue clouds.

Hotness In The News Tuesday June 24

Hotness In The News Wednesday June 25