Hotness In The News Wednesday January 6

Though Christmas might be over, the spirit of giving isn’t and Freeform formerly ABC Family wants to treat you to a blowout at Drybar, for one day only all for Free $.99, tax and tip included-ayeeee! To celebrate next week’s second half of the sixth season, winter premiere of “Pretty Little Liars” in which Chicago’s own AZEEZA’s designs can be spotted in promo stills(below), Freeform is enlisting the services of Drybar. 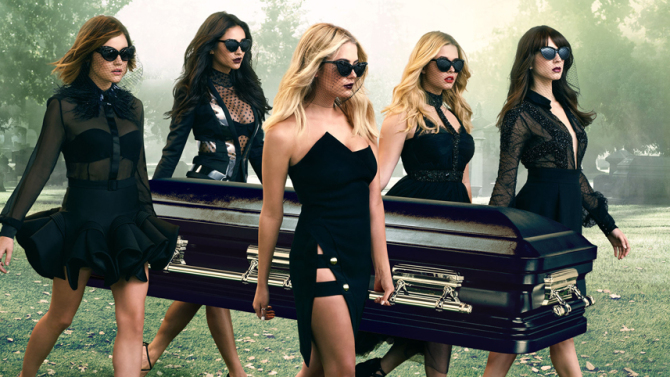 On Tuesday, January 12, 2016 at ALL Drybar U.S locations (One day only. Limited availability, by appointment only) they will bring Pretty Little Liars to life by creating an engaging experience for fans. You can watch episodes of the show from earlier in season six, receive tune-in cards and enjoy signature Drybar styles incorporating popular Pretty Little Liars characters – i.e. The Aria Straight Up and The Spencer Mai Tai. The Free $.99 deal even includes tax & tip! As Kanye said in “The Good Life “…they say the best things in life are free.” What better way to kick off the “New Year, New You” campaign.
Set your Tivos or DVRS as Pretty Little Liars’ wWnter premiere debuts on Tuesday, 1/12 at 8/7CST on Freeform, the new name for ABC Family.

Hotness In The News Wednesday January 6