Former 44th President of the United States Barack Obama and former First Lady of the United States Michelle Obama’s popular portraits that has attracted record crowd to the The Smithsonian’s National Portrait Gallery, is going on a five city tour and Chicago will kick it off.

The Smithsonian’s National Portrait Gallery commissioned portraits of former President Barack Obama by Kehinde Wiley — and first lady Michelle Obama — by Amy Sherald which was unveiled February 2018, is going on tour through five US city museums starting at The Art Institute of Chicago. The first leg of the two Obama Portraits five city tour will be from June 18-Aug. 15 at the Art Institute of Chicago before moving to the Brooklyn Museum (Aug. 27-Oct. 24), the Los Angeles County Museum of Art (Nov. 5-Jan. 2, 2022), the High Museum of Art in Atlanta (Jan. 14-March 13, 2022) and the Museum of Fine Arts, Houston (March 25-May 30, 2022). 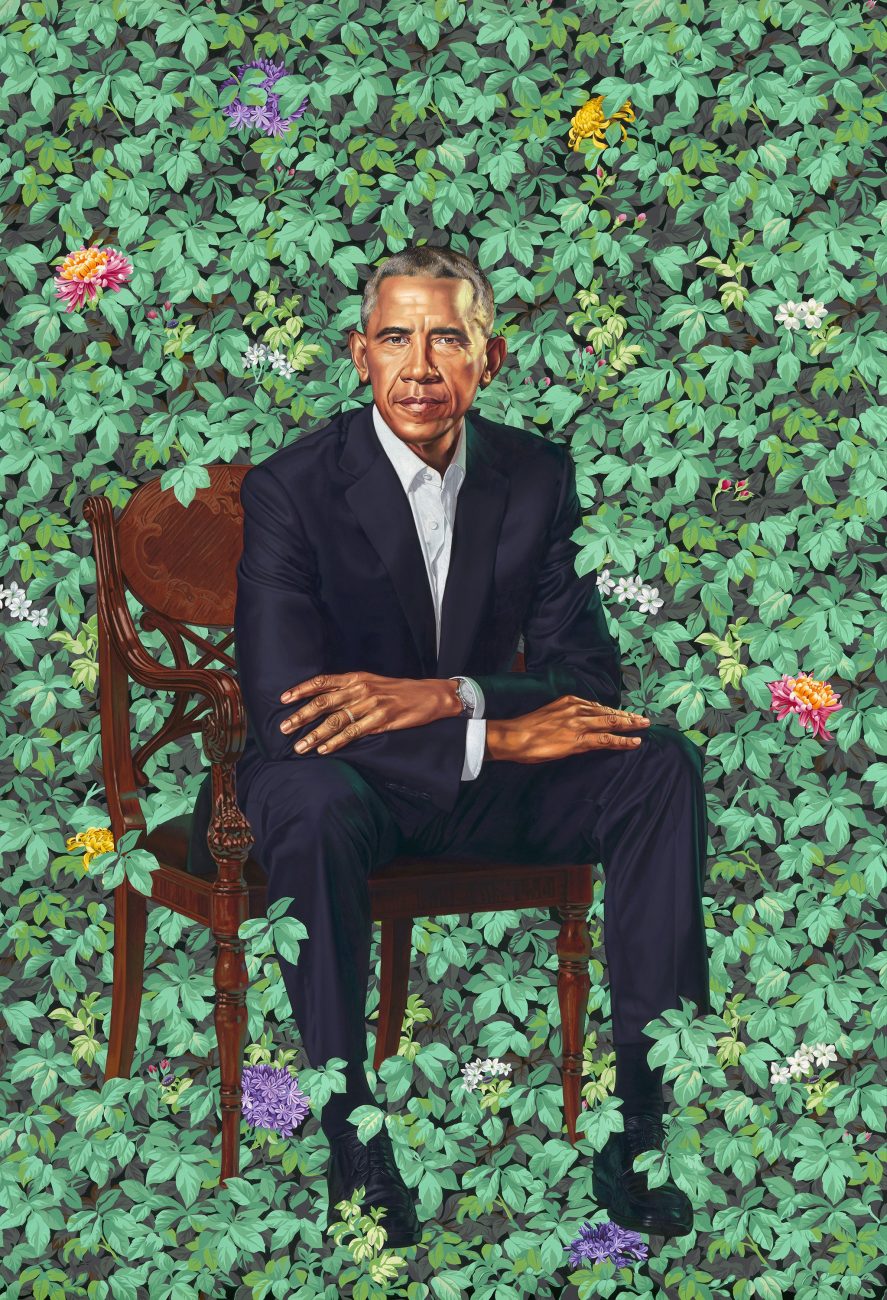 The Washington Post reports that the cities were selected by the gallery for personal and geographical reasons. The Obamas have deep connections to Chicago, for example, and the works will be there when the former president celebrates his 60th birthday. Sherald grew up in Georgia, and Wiley was born in Los Angeles, so those stops made sense, said Kim Sajet, director of the National Portrait Gallery. Wiley’s studio is based in Brooklyn, and its museum has several of his works in its collection. You’ll get to see the floral details like the Chicago chrysanthemums, and African blue lilies added to the former President’s portrait. The Smithsonian portrait also created the viral moment of little Parker Curry admiring the portrait of former first lady Obama. 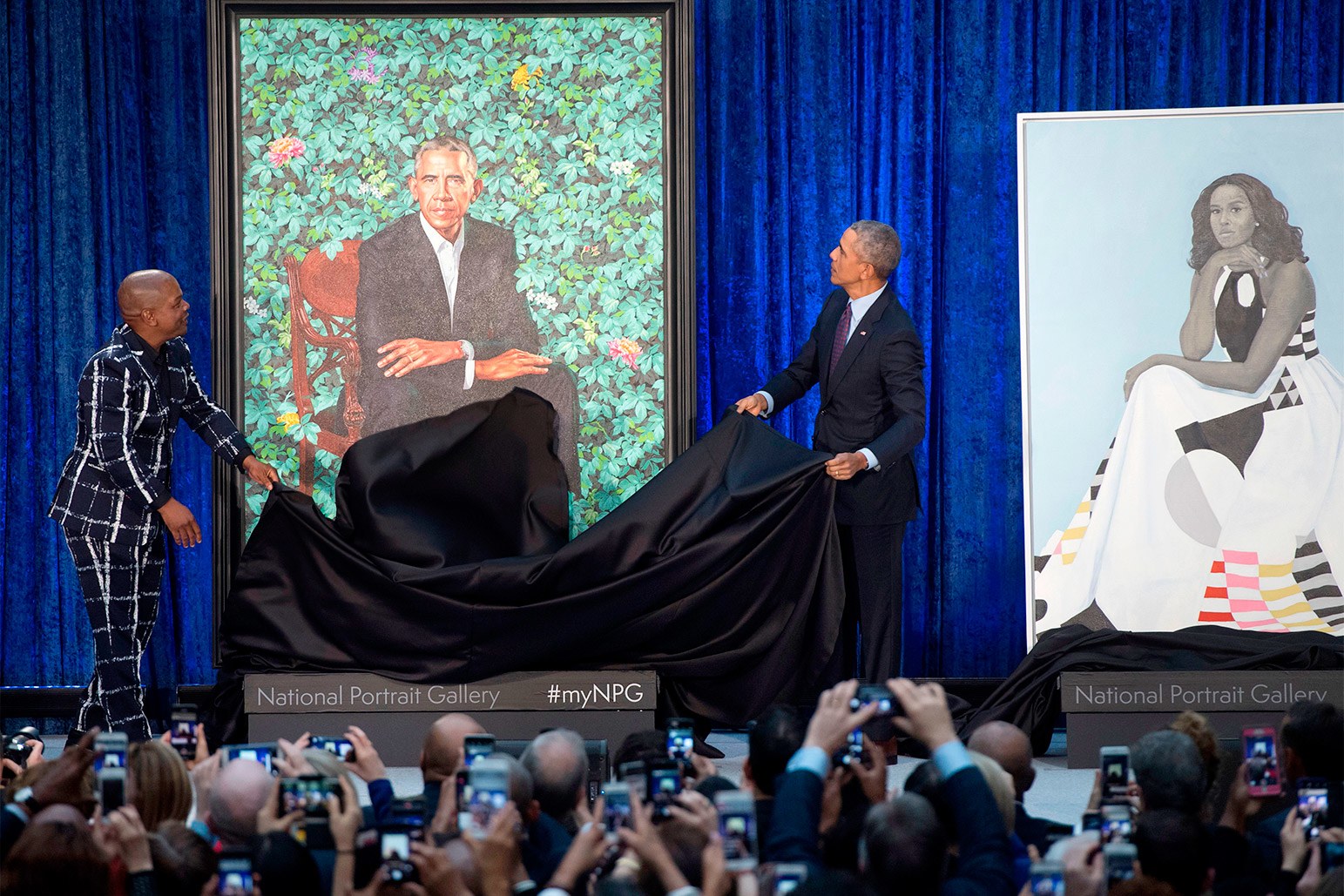 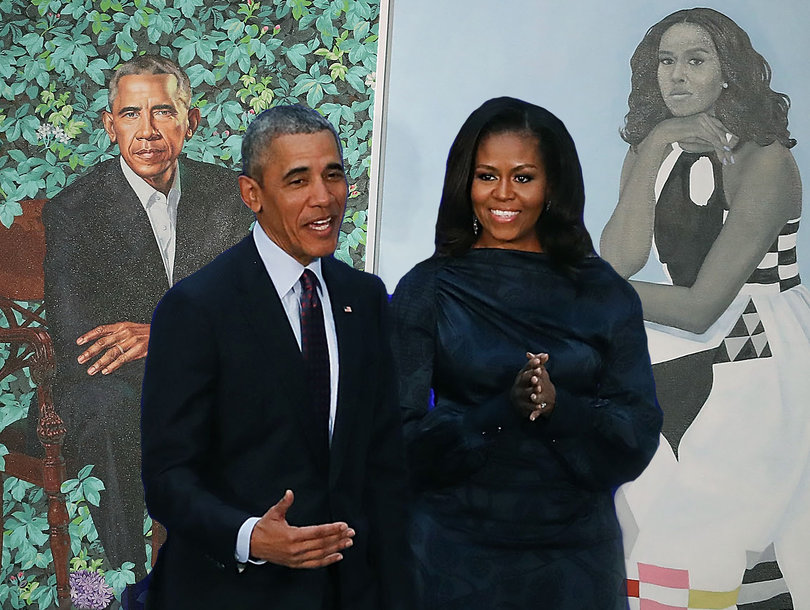