Artist Kehinde Wiley, who opened the Black Rock Senegal, an artist residency located in the city of Dakar, the capital and largest city of Senegal located in the Westernmost point of Africa West Africa, has announced the residency’s first round of artists.

Black Rock Senegal, one of the very few artists residency located in Africa, announced the 16 artists that will take part in the inaugural year of its artist-in-residence program developed by Kehinde Wiley. Between August 2019 and April 2020, Black Rock will host 16 international, multi-disciplinary artists to live and work in Dakar, Senegal, West Africa.

The artist will certainly not lack in the amenities department as it includes room and board in form of private residences; an infinity pool; a kitchen with a private chef; a gym; and a spa. Each artist has their own three-story townhouse equipped with a fully stocked kitchen, a living room space for small gatherings, a bedroom with a private desk space, and two bathrooms. Local staff to aid in navigating Dakar and a language tutor to assist with English, French, and Wolof– the three primary languages of the program. The studios were designed so that artists have intimate proximity between their apartments and their workspaces. Residents are also supported by a stipend for incidentals and additional art supplies.The Black Rock compound design was conceived by Senegalese architect Abib Djenne with interior collaboration between Wiley, Fatiya Djenne, and Aissa Dione. The complex includes a residence and studio space for Wiley along with three single­occupancy residency apartments with adjacent studio spaces.  The 16 selected artists are : Tunji Adeniyi-Jones (@tunjiaj), Laurence Bonvin (@laurencebonvin ), Sonya Clark (@sysclark), Yagazie Emezi (@yagazieemezi), Nona Faustine (@nonafaustine), Devin B. Johnson (@devinbjohnson), Heather Jones (@heatherjonesstudio ), Grace Lynne (@bygracelynne), Zanoxolo Sylvester Mqeku (@sylver_art_constant), Kelechi Njoku, Chelsea Odufu, Kambui Olujimi (@kambuiolujimi), Zohra Opoku (@zohraopoku ), Rafael RG (@rafael.rg), Tajh Rust (@tajhrust) and Ytasha Womack (@ysolstar)

According to Wiley,  “The living spaces were designed so that maximum interaction and maximum privacy are attended to at once.” 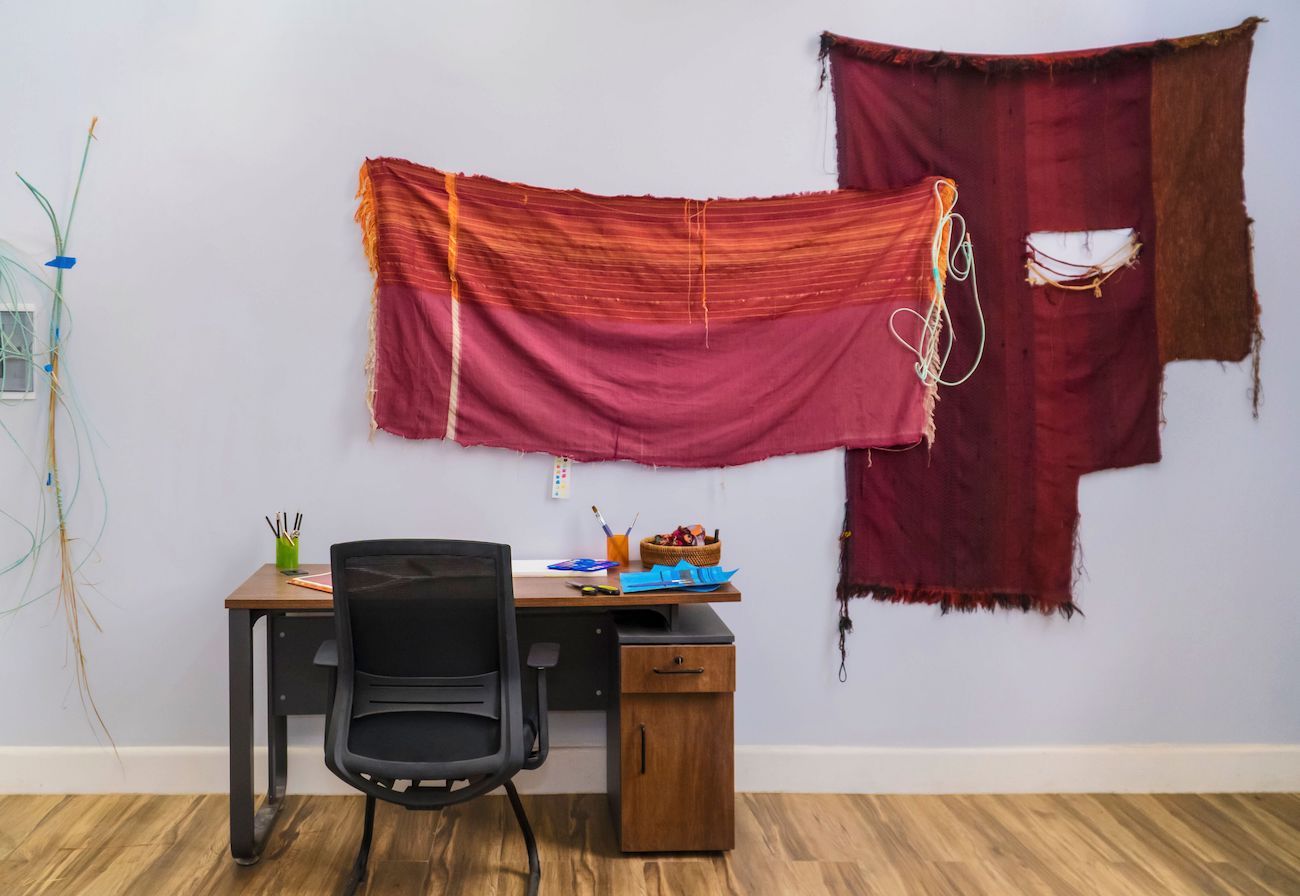 The program, open to all manner of creative forms—with an emphasis on painting, will eventually “have a digital lab and access to explore food in the chef’s kitchen, with the goal of developing it beyond just the plastic arts to have a truly 360-degree engagement with the creative culture.”

If the name sounds familiar to non-artworld readers, Kehinde Wiley is the man behind, who painted portrait of the 44th President of the United States Barack Obama, unveiled in February 2018 making him the first African American to have the honor. His work style is painting of his subjects  in against a backdrop of plants and/or flowers making evoking a royal/kingly vibe in the process.

Named for the volcanic rocks that blanket its shoreline, Black Rock’s residency program created by renowned artist Kehinde Wiley seeks to incite change in the global discourse around West Africa in the context of creative evolution. The residency brings together international artists to live and work in Dakar, Senegal for 1-3 month stays.