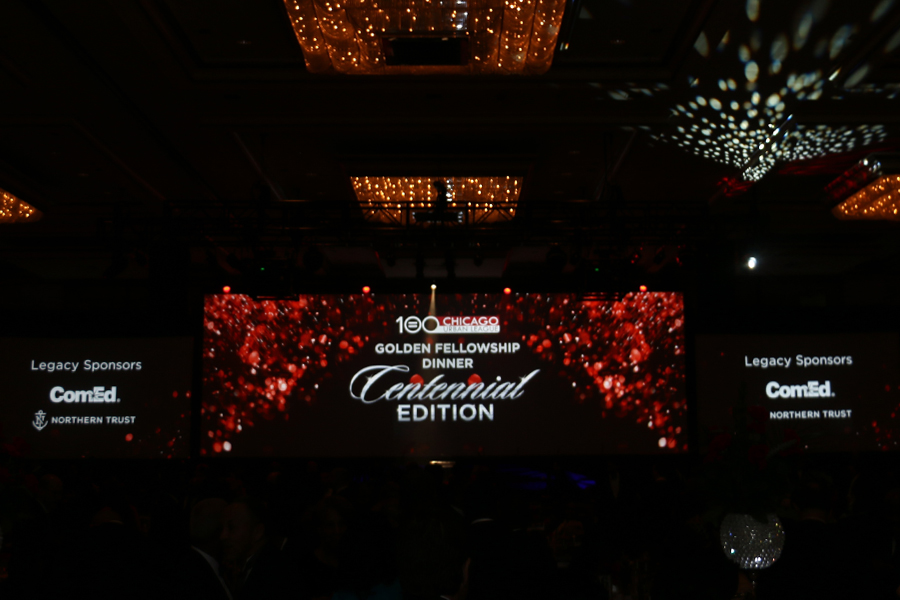 Saturday night (11/19) The Chicago Urban League’s sold out Golden Fellowship Centennial celebration gala, with nearly 1,700 guests in attendance, raised a record setting $2.65 Million that evening benfitting the CUL’s programs that supports and serves more than 10,000 Chicago residents annually. The annual event, which attracts a majority who’s who of Chicago’s African American political, corporate, philanthropists and next gen leaders is a highlight of Chicago’s fall gala scene. 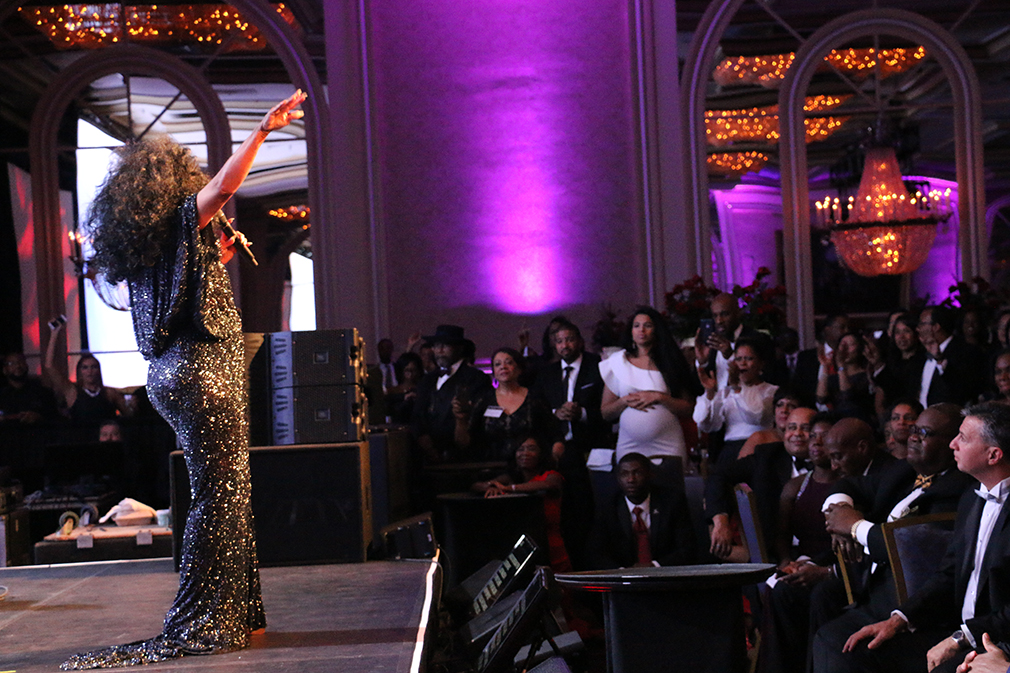 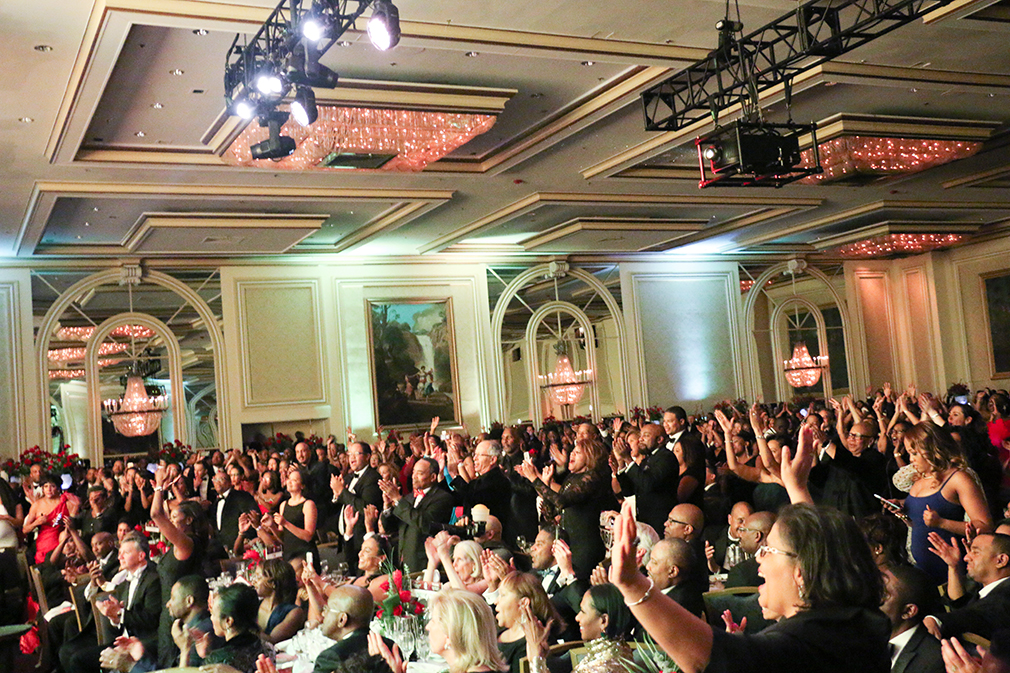 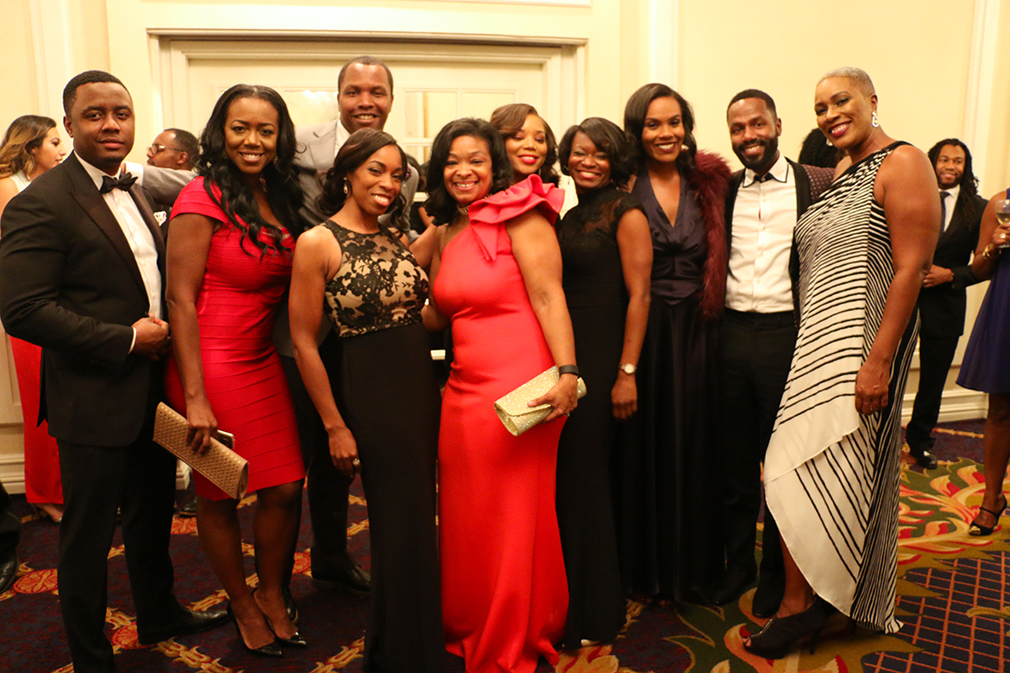 The night started off with a VIP reception where Tyson Foods’ Monica McGurk-SVP Strategy and New Ventures-spoke about their involvement with CUL, the National Urban League as well as their recent financial commitment noting that Tyson’s suppor in “working towards the eradication of food desert and food insecurity. Foundation of physical nourishment can be a platform from which they can equally experience education and culture for their minds and dignity, equality, freedom for their spirit.”

As guests filed into the great hall, host Damon Williams, back for his 5th time lightened the mood with a few jokes and attempt at mannequin challenge before the official program portion of the evening commenced. Though Anne Pramaggiore could not attend the gala, ComEd’s Kevin Brookins welcomed guests in her stead along with co-chair Rick Waddell.

“Racism has always been there but the presidential election has enabled, validated and emboldened it. It has given racism an authoritative binding sanction that has already spurred hundreds of outward expression of intolerance across the country.” -Shari Runner 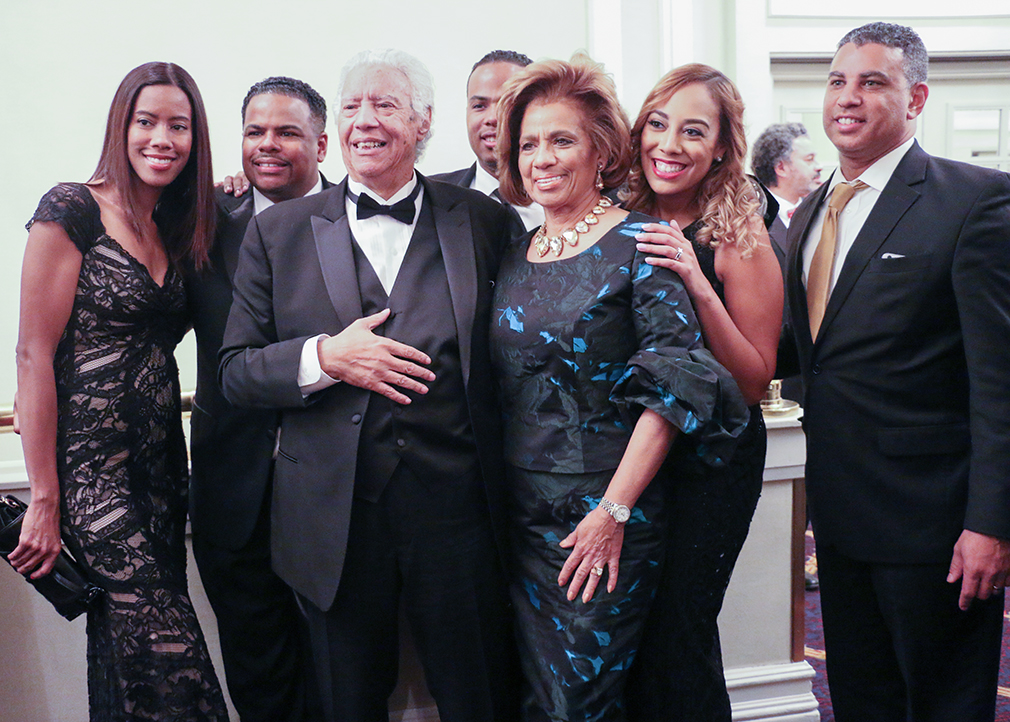 The Bill C. Berry Award was presented to longtime Chicago businessman, history maker and civil rights activist Spencer Leak, Sr. of Leak and Sons Funeral Homes who gave a passionate, exuberant speech on his involvement with the movement starting from when he chauffeured Dr. Martin Luther King, Jr during his Chicago stay.

Chicago Urban League President/CEO Shari Runner then took to the stage to deliver a powerful speech on racism and its false narrative in our country following this most recent election and why the CUL continues its fight.  Though she didn’t deliver it in her beret and Beyonce formation gear as she joked, Runners speech certainly had the room on their feet with rousing applause.

“We must continue to speak clearly and accurately to give power to a meaningful dialogue and action plan; many of our men and youth are criminalized by simply being black. Building the narrative that the African American community are assets. Change comes because people make it happen. We stand firm against hatred fear and intolerance.”

The live challenge paddle raise, matched by Loop Capital, went towards their fundraising goal with Rick and Cate Wadell pledging $50,000 and Nicor gas pledging $25,000. Diana Ross’ performance closed out the evening and guests headed down to the afterparty dancing to music from DJ Vince Adams.

Previous Article
Who's Who