Food & Drinks, Things to do 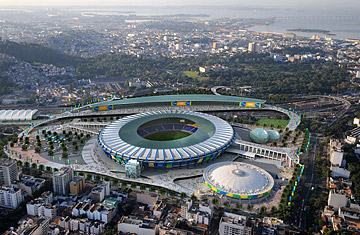 With the Olympics approaching, several venues within the city are getting in the spirit and offering up themed celebrations sans risk of  Zika virus.  If you aren’t too salty about Chicago losing the 2016 Olympics bid to Rio (thank goodness, right?) or too wrapped up in the Cubs’ current amazing season, we’ve got some Rio 2016/Olympics themed events happening around town for you to mark down in your planners.

When: August 5 (2 – 7pm)
Where: Pearl Tavern – 180 N Wacker
Description: August 5th is National Oyster Day and it also happens to be the date of the Opening Ceremony of the 2016 Olympic Games in Rio! Enjoy cocktail specials and oyster centered menu items all while feeling the Olympic excitement in the air. Make sure to come representing your home country in any way you would like!

When: August 5 (6 -8pm)
Where: Stellar Wine Company – 820 West Belmont Avenue
Description: This complimentary tasting is dedicated to all the athletes competing in the Rio Olympics for the next two weeks. Just like wine, sports bring joy, fun and togetherness to our lives, so we are celebrating the start of these games with a lineup that will definitely win you a gold medal with every sip!

When: August 14 (1 – 4pm)
Where: Joe’s Bar – 940 West Weed Street
Description: Raise your glasses and join us for the 5th Annual Pub Olympics! The Associate Board Members of Heartland Alliance would like to personally extend this invitation to welcome you for this remarkable evening. Socialize with members of the Associate Board and participants representing Abbott, AON, BMO Harris, Groupon, ICE, KPMG, New York Stock Exchange, The Private Bank, Protiviti, Rush University Medical Center and more. If you arrive alone, we will get you placed on a team. Just come! Excited to announce that our event will be held at Joe’s on Weed Street located near Lincoln Park. Tickets are a $45 donation per person where the purchase includes access to the games which consist of Beer Pong, Flip Cup, Bags and Trivia. Be sure to make your teams of 4-6 people ahead of time (if you have a team)! Ticket purchase also includes a three hour open bar and pizza. 15% of additional food sales will be donated back to Heartland Alliance. Raffle tickets will be available for $5 each or five for $20.

See Also
LIFESTYLE, Things to do

When: August 5-21
Where: Loews Chicago – 455 N Park Dr
Description: To help guests and locals get in the spirit of competition and of the beachy shores of Rio, the caipirinha cocktails will be available at the city’s largest rooftop, Streeterville Social at Loews Chicago. Her name was Lola. Loews Chicago’s take on Copacabana’s beverage of choice, the Lolita caipirinha is a light and refreshing summer cocktail highlighting notes of lime and sweet cachaca. The Lolita is served up in an adult snow cone.