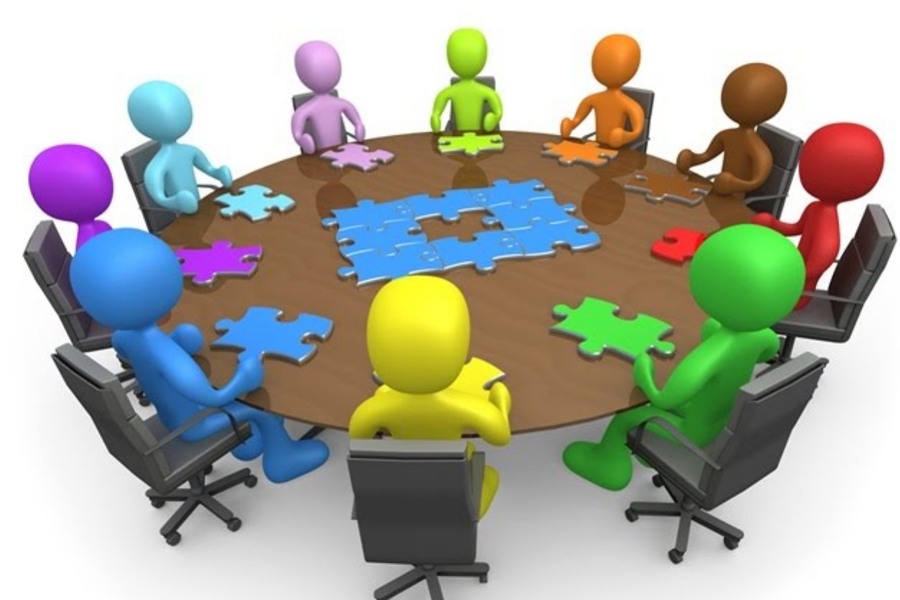 Over the weekend (11/13), Chicago’s top business publication, Crain’s Chicago published an article headlined “Ariel Investments’ John Rogers is on a mission: Opening doors for minorities” written by Lynn Marek. The piece centers around Ariel Investments Founder/Chairman/CEO John Rogers Jr, a known figure in Chicago’s business and philanthropy circles.  The gist of the article is that Mr. Rogers, who heads one of the largest African-American-led money management firm in the country, realizing that it’s lonely at the top especially as a black man, is looking to help open doors for other people of color that might not have the same access. 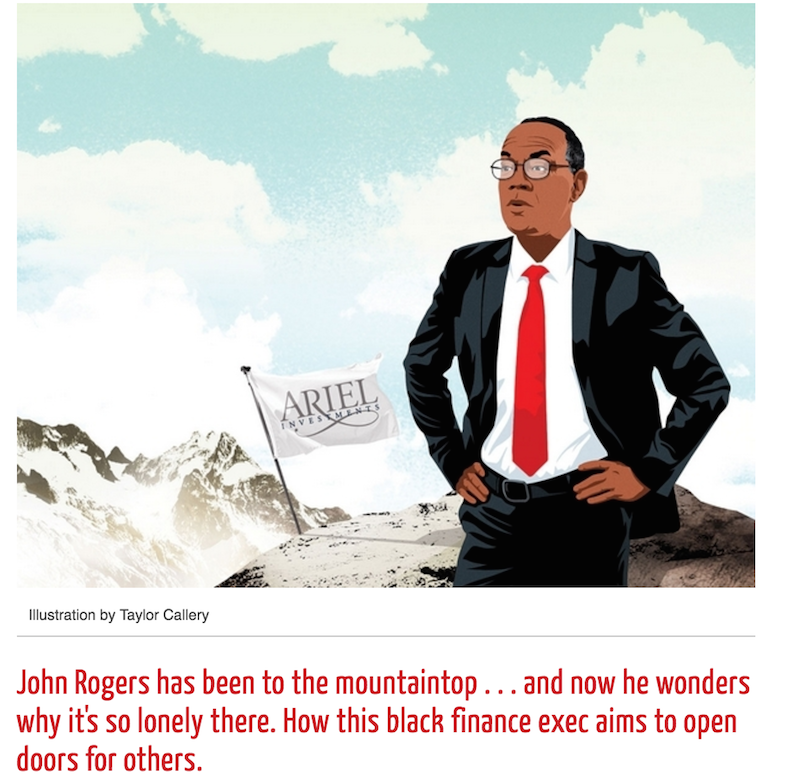 The piece, while commendable, seemed to miss the mark, seeing as even in 2016 we are still talking about gender and race-prohibited access.  Before I go any further I will note, what I speak upon is only in relation to the Chicago media and civic/philanthropic diversity issues. Yes you can be well educated, charming and worldly yet the same opportunities that are easily available to non-minorities are still hard to attain as a minority. Its not a complaint but rather the stark reality many wonderful people of color experience in the disconnected philanthropic circles, which from my perspective, processes diversity as a conceptual afterthought, and not a mission aligned priority for sustainability and thought leadership. While I applaud Crain’s for their efforts in speaking about (the lack of) diversity in various industries, let’s turn an uncomfortable (but necessary) light on how newsrooms of publications like Crain’s and a few others in Chicago with staff of more than 3 people, fail to address the failed inclusion in such a wonderfully diverse city. Is it possible to effectively cover business, lifestyle and all without allowing your content to reflect the world we live in?

Its a touchy subject to discuss, I know, but it’s something that needs to be discussed because further sweeping it under the rug will only make it continue to pile up. Earlier this year, Huffington Post’s executive editor (she has since resigned) posted this photo (below) on Twitter that garnered comments on the topic of diversity. 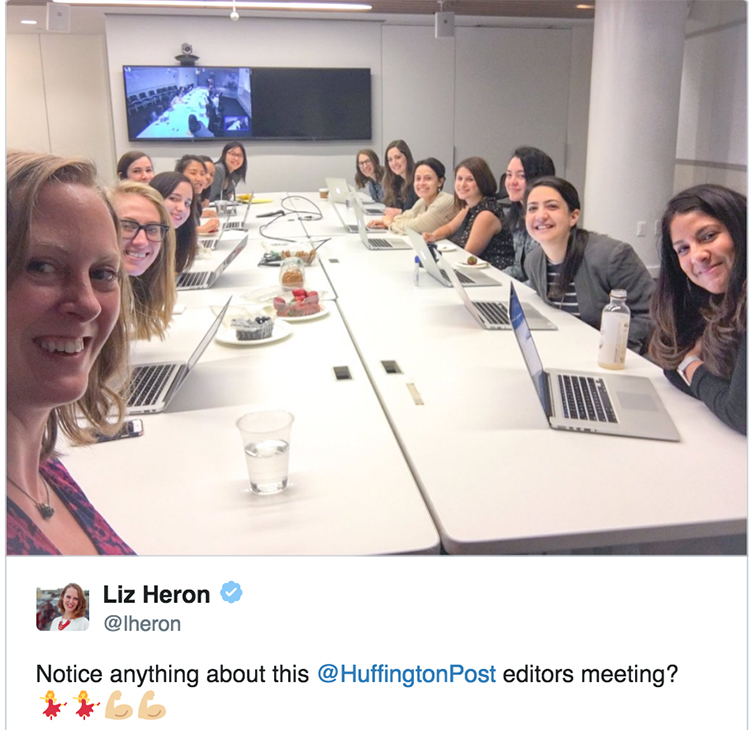 If you’re somewhat tuned into Chicago’s philanthropy or who’s who scene or read Crains long enough, you’ll know that this crusade Mr. Rogers is on is not new news. Rogers along with former ComED CEO Frank Clark, Loop Capital CEO Jim Reynolds, Northern Trust Bank’s Lyle Logan, WVON’s Melody Spann Cooper and several other top black business leaders of Chicago established an organization called Business Leadership Council for the purpose of helping African American business owners and corporate professionals get business opportunities from public and private corporations for growth- a foot in the door so to speak. Another leading woman of color, Mellody Hobson has spoken about such issues and being mistaken for the help on national platforms.

Though I have definitely not reached the level of Mellody Hobson, John Rogers, Manny Sanchez, who are some of Chicago’s power players, yet, I have had my fair share of frustration when it comes to the issue of diversity and access.  Look at the current climate and look into the future, when it comes to the issue of diversity in those arenas, it looks bleak. Who is taking the charge to have these discussions? If the current guards of the establishment are not invested in real-deal, diversity, what’s to say the next generation will? Has it ever been important for the storyteller (newsroom or board of directors) to reflect the people they serve? 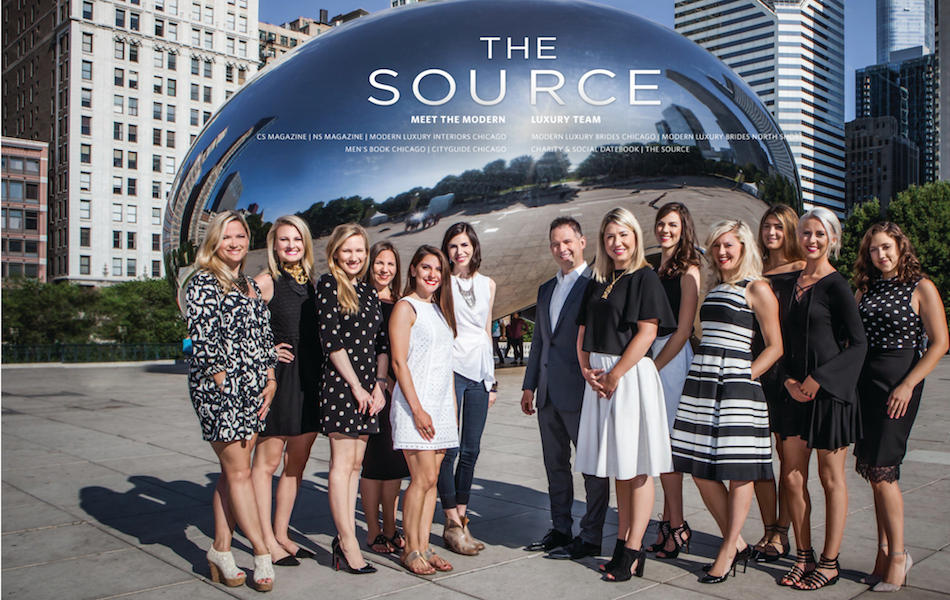 Last year,  Chicago lifestyle magazine Modern Luxury proudly featured their staff in an advertising supplement (picture above).  The diversity issue does not stop in Chicago’s media newsroom, it extends to the different civic, cultural and philanthropic boards within the city as well. The New York Times wrote about such dilemma in this article here, worth the read. City Club of Chicago recently hosted a discussion on Chicago philanthropy and doubling down on mission. Sadly, another missed opportunity to include diversity outreach efforts. Whose job is it to make it a priority? Silence. Let’s discuss.

I don’t believe there’s one path or a quick timeline to achieving the goal of inclusion but if we continue to tip-toe around the subject it resolves nothing and contributes to a climate of racial tension currently gripping our country; truly addressing it can only lead to honest constructive dialogue.  In business, they teach you that in order to be successful, oftentimes you need to move outside of your comfort zone. I want to believe that these organizations can/want to do better but are fundamentally unclear on where to start. I understand how hard it is for those not aware or consciously thinking about diversity efforts, to fully understand but I hope that as we move forward, we begin to work towards tackling Chicago’s lack of diversity not only in the newsroom but also in our civic, cultural and philanthropic boards, for the future of the next generations. I don’t have the solution but I do have some ideas on how to start.