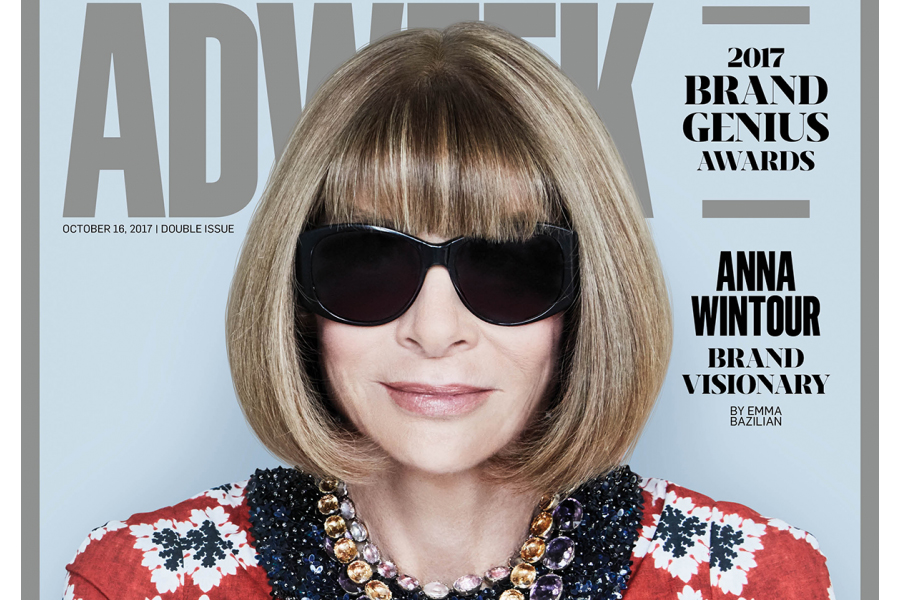 Hotness In The News Tuesday October 17 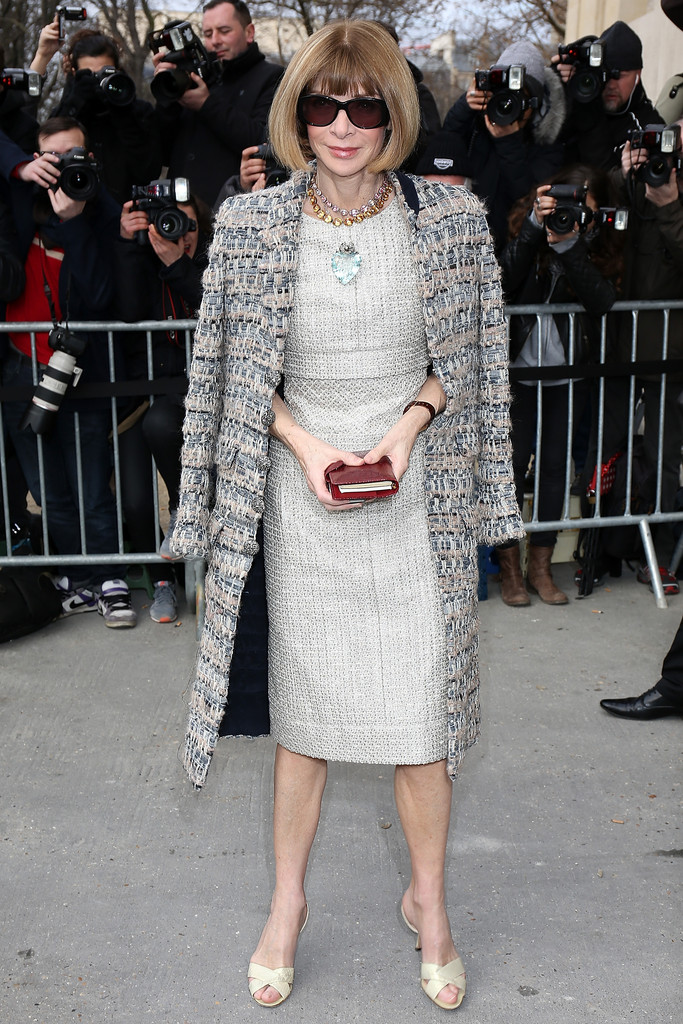 Ask any aspiring fashion writer/stylist/editor whose career they would love to have one day and  chances are 9/10 the answer will be that of Vogue Editor in Chief’s Anna Wintour. She’s an icon, style arbiter, ice queen as referenced by “Devil Wears Prada” but one thing’s for sure, she’s made her mark in the publishing world. In the latest issue of AdWeek, the Vogue EIC, Condé Nast artistic director and culture icon graces the cover and the mag chronicles her career from her start in London. So if you are looking to make it to the top of the fashion mag world, have a look at the path it took for Anna Wintour to get to her post, and what she’s constantly doing to not only keep it but keep the brand fresh and evolving. She talks to Adweek about her career, growing at Condé Nast, Vogue’s 125th anniversary and more gems. 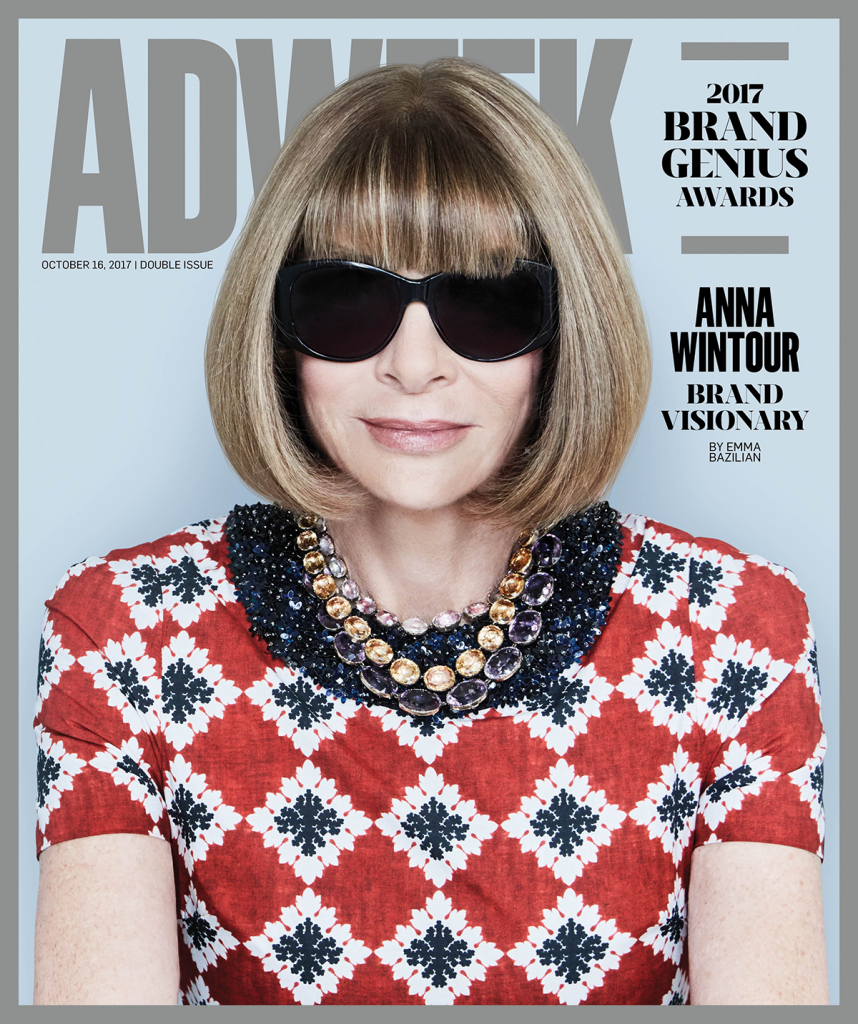 “The great thing about the world that Vogue works in is we’re always celebrating the new, and it seems to me such a fascinating time for fashion. Vogue’s mission is to reflect that and reflect our culture.” -Anna Wintour

AdWeek regales the longtime Vogue editor in chief and Condé Nast artistic director as having “an influence over a global industry that most CEOs could only dream of, a talent for raising awareness (and funds) that’s valued by everyone from museum curators to presidential candidates, and a knack for fostering talent that has launched the careers of power players in the magazine business and beyond.”

Wintour is also, in the words of Condé Nast CEO Bob Sauerberg, “a true celebrity.” With her trademark bob and Chanel sunglasses, she has become a brand unto herself, whether she likes it or not—and for the record, Wintour who’s office is situated on the 25th floor of Condé Nast’s One World Trade Center headquarters in New York,  does not.

1970: Wintour began her career as an editorial assistant at Harper’s & Queen then early roles as fashion editor at Harper’s Bazaar, the now-defunct Viva and New York magazine.

1980: Wintour’s tenure with Condé Nast begins. First as Vogue’s first creative director. After a brief stint as editor in chief of Vogue U.K., she returned to the States to take over House & Garden. Finally, in 1988, she was named editor in chief of Vogue at the age of 38 taking over for the fired Grace Mirabella. On her issue as EIC, Wintour put model Michaela Bercu on the cover wearing Christian Lacroix haute couture jacket and a pair of Guess jeans.

2017: Wintour is Condé Nast Artistic Director, she has an OBE from Queen Elizabeth II, she has a wing at the Metropolitan Museum of Art named after her and so much more.

Wintour credits Vogue’s endurance to its role as a cultural arbiter. “I think that when we’re bombarded with information from so many different places, it makes Vogue even more valuable and valid,” she explains. “We curate for our audiences everything about the world of popular culture and fashion and beauty and women in a way that they can’t find anywhere else.”

One of Wintour’s most crucial tasks has been helping guide Condé Nast into the digital age, something that she has done with great aplomb at Vogue. Under the leadership of Wintour acolyte Sally Singer, a longtime Vogue staffer who became digital creative director in 2012, the brand’s website churns out a steady stream of fashion industry news, smart cultural commentary and must-watch celebrity videos. On social media platforms from Instagram to Snapchat, Vogue content is seen by tens of millions more fans. Vogue even recently teamed up with Google Home, allowing readers to ask questions about the magazine’s September issue.

“I don’t think of myself as a tech nerd, but I love all the different ways that one reaches one’s audiences, and I like the challenge of thinking about what’s going to work for them and what can be different but still Vogue…I find [different platforms] all equally fascinating and interesting, just as much as I am fascinated and thrilled when we create a book or work with the Metropolitan Museum or with the CFDA. To me, those are all channels just as much as Snapchat or Instagram or whatever it may be.”

You can read the rest of the story here

Man Arrested for Stealing $1.2M Worth of Fajitas

Hotness In The News Tuesday October 17