If you’ve ever wanted to wear the design of the fastest, most exotic car on the road luxury automotive brand McLaren has ever built, on your wrist, you’re just in luck because such a limited edition product has just launched. In the fifth year of their partnership, luxury Swiss watchmaker Richard Mille and luxury British automaker McLaren unveiled their latest and most ambitious collaboration to date, the RM 40-01 Automatic (Winding) Tourbillion McLaren Speedtail. 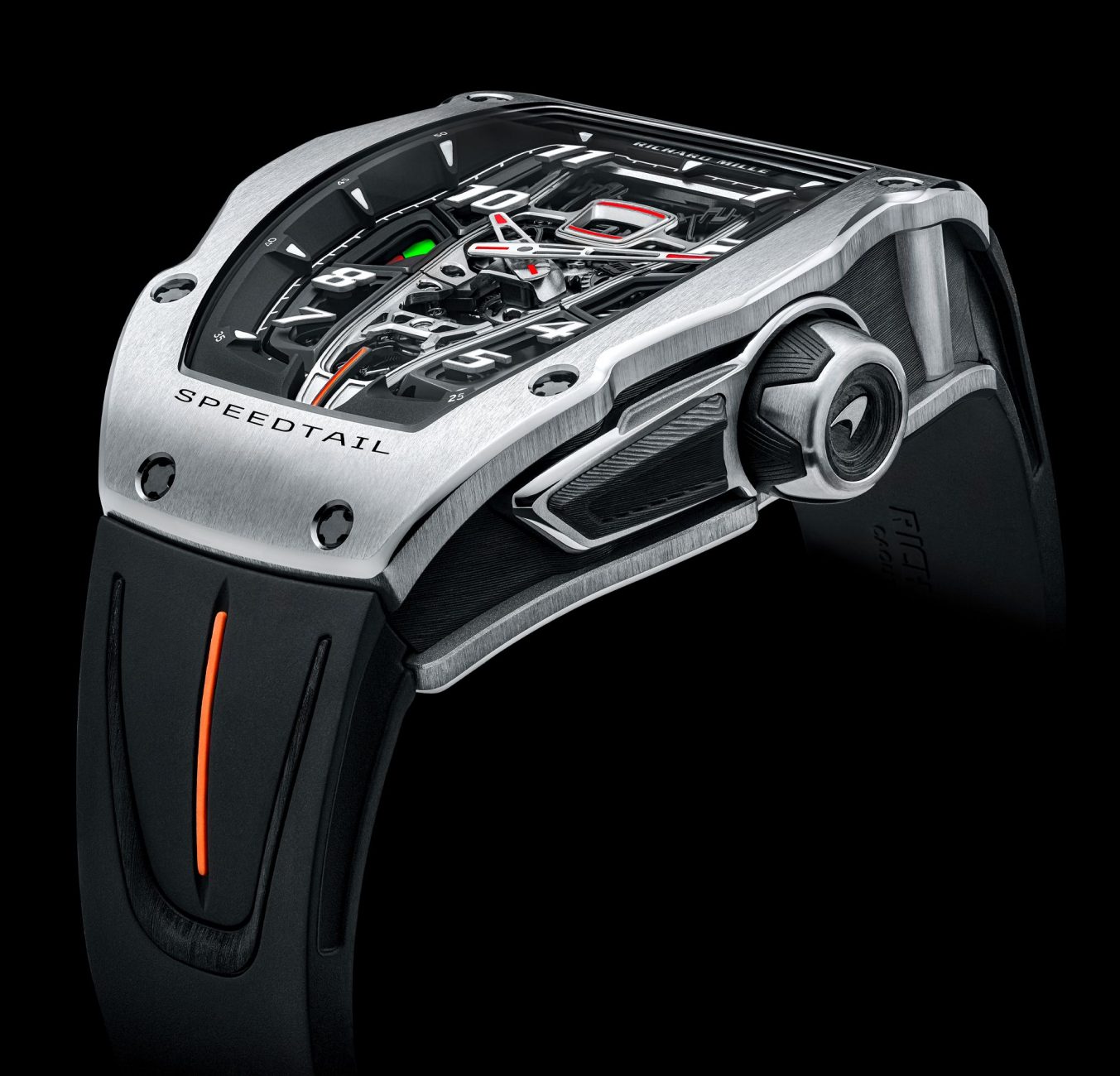 The latest collab launch is limited to 106 timepieces, for the exclusive 106 Speedtail hypercar built by McLaren Automotive. Richard Mille calls the RM 40-01 Automatic Tourbillion McLaren Speedtail “its most extreme watch ever made, matched to a specific hypercar design.” The Speedtail, the fastest road-going car McLaren has ever built, features a three-seat hyper grand tourer that became the third car in McLaren’s Ultimate line-up with 1,070-horsepower hybrid powertrain, can do 112 meters per second while traveling at a top speed of 250mph. Its this relentless pursuit of aerodynamic efficiency by McLaren that provided the starting point for the design of the RM 40-01 Automatic Tourbillon McLaren Speedtail.

When you see the face of the watch, you immediately recognize the Richard Mille signature watch face but the RM 40-01 Automatic Tourbillion McLaren Speedtail is a bit more special. Five prototypes were created before the optimum shape was achieved. As McLaren turned to nature to find the form for the Speedtail, its design is based on the form of a teardrop, the most aerodynamically efficient shape found in nature. This is the first use of an in-house developed power reserve indicator, large oversize date and function selectors on the Richard Mille automatic in-house tourbillon. 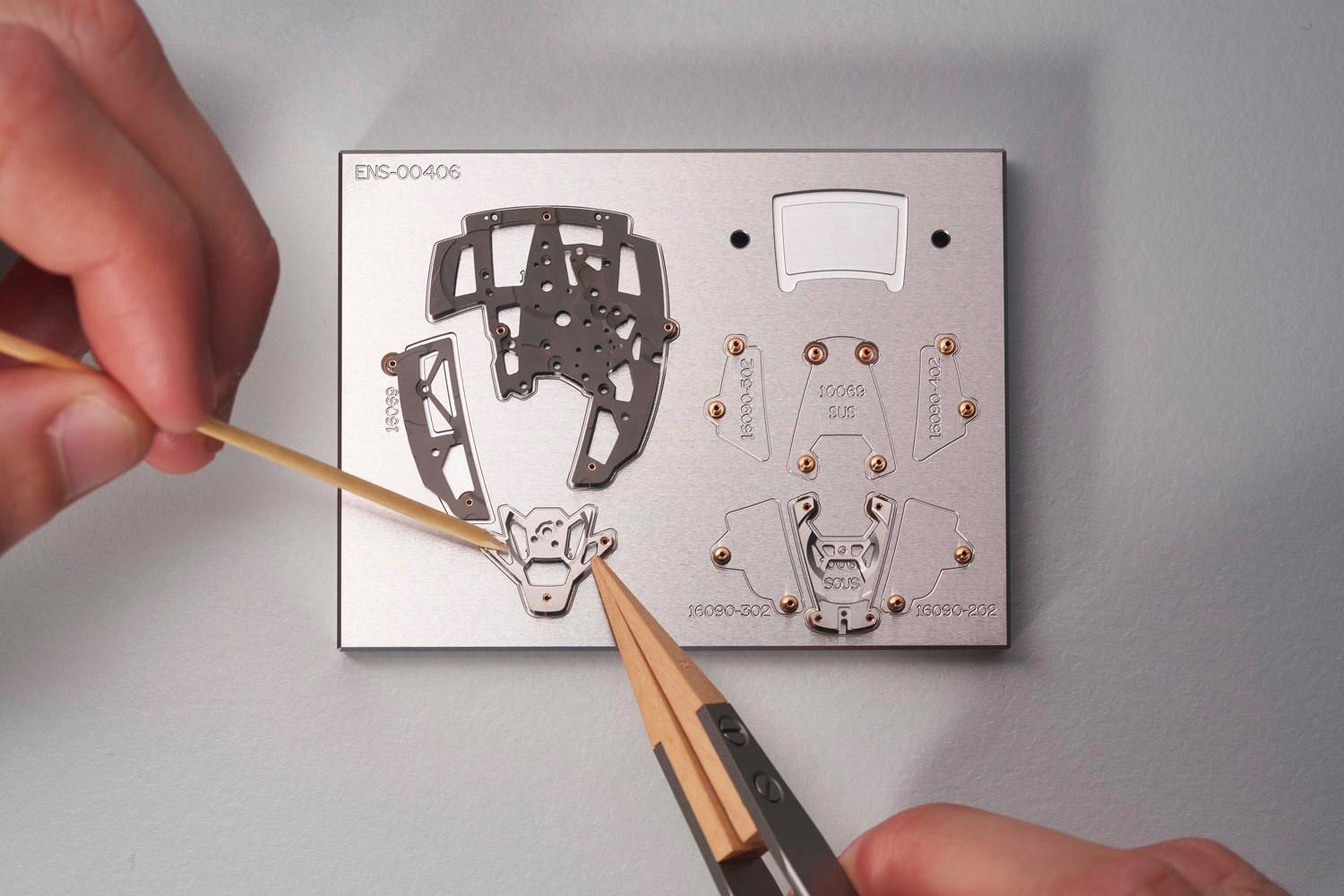 Rob Melville, McLaren Automotive’s design director, says the RM 40-01 “demonstrates beautifully why the two brands make ideal partners.” “Richard Mille watches are known as ‘racing machines on the wrist’, and that’s supported by the fact that there are so many similarities in the way we approach a problem, such as saving weight, reducing vibrational impact and minimising resistance. When it came to the RM 40-01, we had considerable input in sharing the highlights of the car and the philosophy behind it. With the Speedtail, we set out to produce a car that had an artistic quality to it. That has certainly come through in the watch, which beautifully mirrors the many various details of the Speedtail in its finish, materials and its uncompromising design.”

As the name suggests, this remarkable and unique watch honors the fastest, most advanced, and exotic road car McLaren has yet produced—the futuristic looking Speedtail.  The RM 40-01 case is significantly wider at 12 o’clock than at 6 o’clock, with a further taper between the titanium bezel and case back, which are separated by a caseband made from Carbon TPT® and unequal length titanium pillars. The baseplate and the bridges are crafted from Grade 5 titanium, a biocompatible, highly corrosion-resistant and remarkably rigid alloy, which enables the gear train to function effortlessly has been used for key components such as the bridges, the bridge screws, the baseplate and the rotor core. The alloy is 90% grade 5 titanium, 6% aluminium and 4% vanadium. The CRMT4 calibre that drives the RM 40-01 introduces the first in-house development for a power reserve display as well as the oversize date and function selector complications. All of which are firsts at Richard Mille on an in-house tourbillon. It took Richard Mille’s casing department, led by Technical Director Julien Boillat, an unprecedented 2,800 hours spread over 18 months to perfect the lines. Like the Speedtail on which its based, the watch’s lines mimic the form of a water droplet while bezel indentations evoke the bonnet openings, and pushers that recall the air outlets behind the front wheels.
You can inquire more about the Richard Mille x McLaren RM 40-01 Automatic Winding Tourbillion McLaren Speedtail in-person at their store in Chicago (111 E. Oak Street 60610).