In collaboration with British artist Alexander James Hamilton, founder of the Distil Ennui Studio™, the Maldives’ pioneering barefoot resort Soneva Fushi is launching Makers’ Place studio, a ground-breaking new addition to its portfolio of sustainable innovations. The Makers’ Place studio at the fully carbon-neutral island resort, studio that recycles waste plastic and aluminum into works of art, as well as practical objects and building materials. 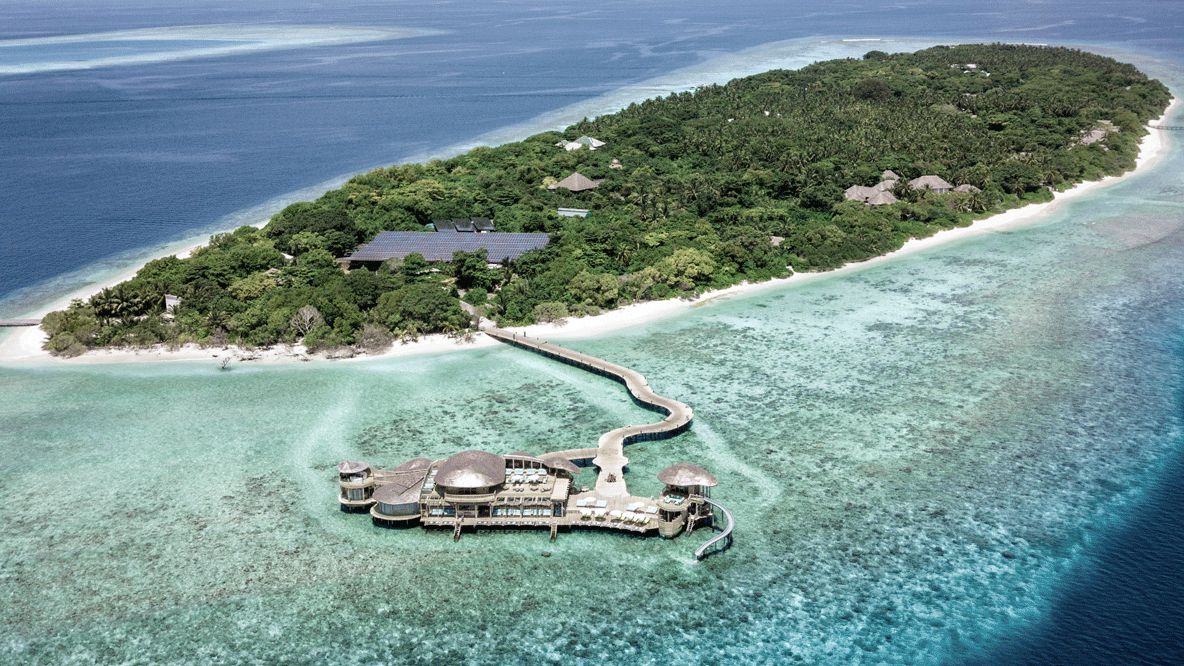 Soneva Fushi, founded by Sonu Shivdasani has a reputation as being one of the top luxury resorts in the world and celebs like Selma Hayek, Sonam Kapoor, Joe Jonas and Sophie Turner, Orlando Bloom, The Beckhams have been spotted in the fully carbon neutral (both direct and indirect emissions since 2012) luxury island haven. Soneva Fushi was one of the world’s first hospitality groups to ban plastic straws back in 1998, it produces and bottles its own water. 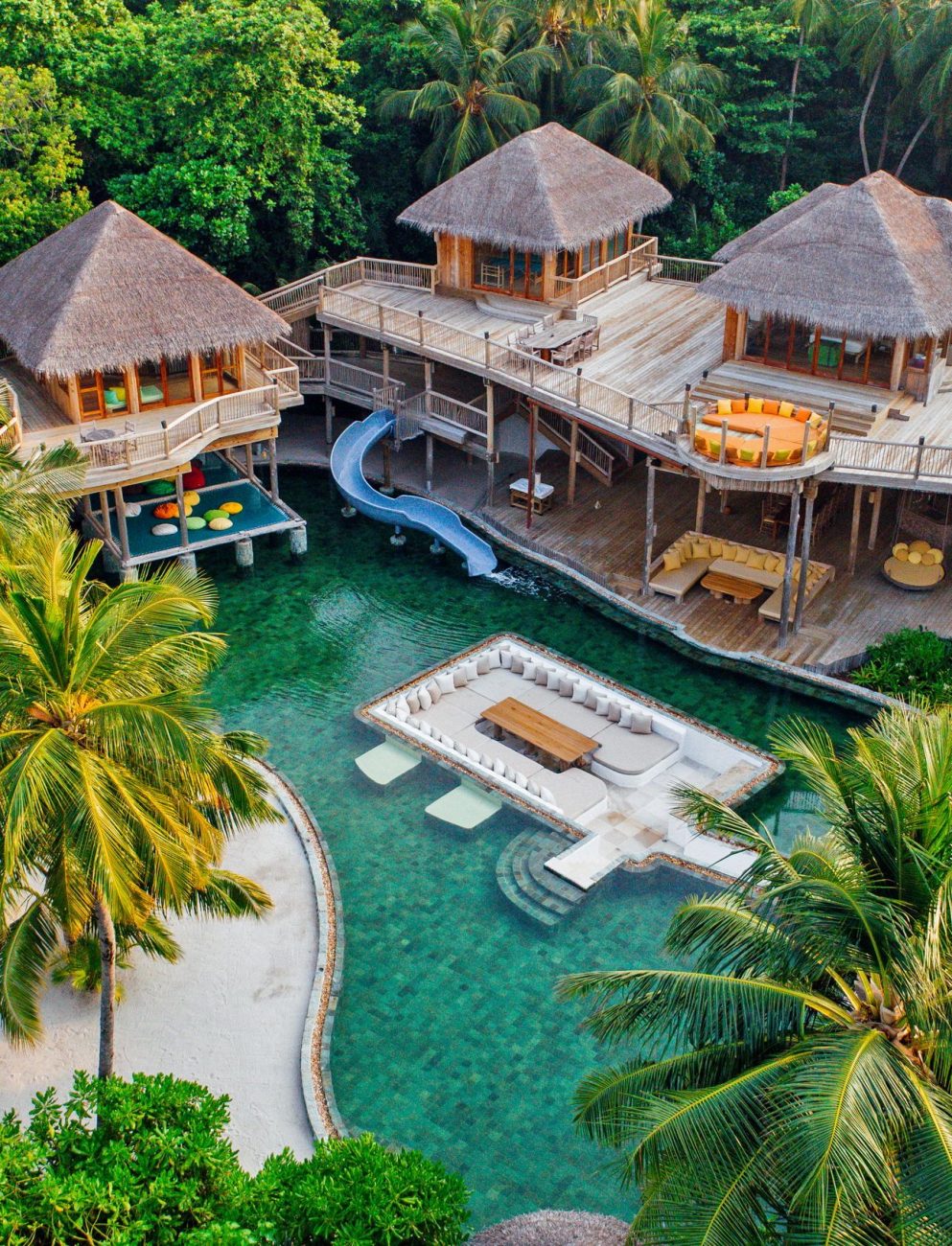 British artist Hamilton has made it his life’s work to explore and protect the world’s waters through artistic interventions. He has created explorative bodies of work around the world, using the signature of water at the core of his practice. During the development of Makers’ Place, the artist made a generous donation of 20 illuminated PhotoGrams from his Visions from the Shoreline series, which contributed towards funding the studio and the Soneva Namoona initiative. As a tribute to Hamilton, these one-of-a-kind studio proofs are now displayed around the studio that they inspired and helped to fund.

With major soft drinks brands singled out as some of the world’s worst polluters, the studio aims to tackle the huge volumes of discarded plastic bottles and aluminum cans that choke the oceans, are burned in toxic fires or are dumped in landfill sites each year. Within its first three days of operation, the studio processed 15,000 aluminum cans, creating a better end life for these once-discarded, unwanted materials, and removing them from the ecosystem.

Makers’ Place will invite artists and guests to showcase their creativity, as well as engage with the wider community through the Soneva Namoona initiative, a collaboration between Soneva and its neighboring islands in the Baa Atoll to eliminate ocean plastics, promote better waste management and create a more sustainable future for the Maldives and beyond.

“Every piece of single-use material that is not recycled is exponentially adding to the problem of global warming that we are all facing today,” says Hamilton. “Here in the Maldives, we are nearly 1,000 miles from the nearest landfill, and it is so sad to quantify that a large proportion of single-use packaging that is brought here has no tangible end-of-life or re-use.”

The bespoke facility includes a closed loop wash station to handle the final cleaning stage of the materials, which uses an innovative two-stage filtration system using granular media and coconut charcoal produced on-site, a highly effective natural filter. Unlike standard recycling facilities, which are extremely water-intensive, this efficient filtration system enables Makers’ Place to reuse its water over many months – a world’s first. The system also uses a modified exhaust system to capture harmful volatile organic compounds (VOCs) and carbon emissions when heating plastic or melting shredded aluminium, which uses activated carbon granules to ensure only clean air leaves the studio. At the end of their life, both the water and VOC filters are transformed into concrete building blocks and waterproofed, which are then used for construction.