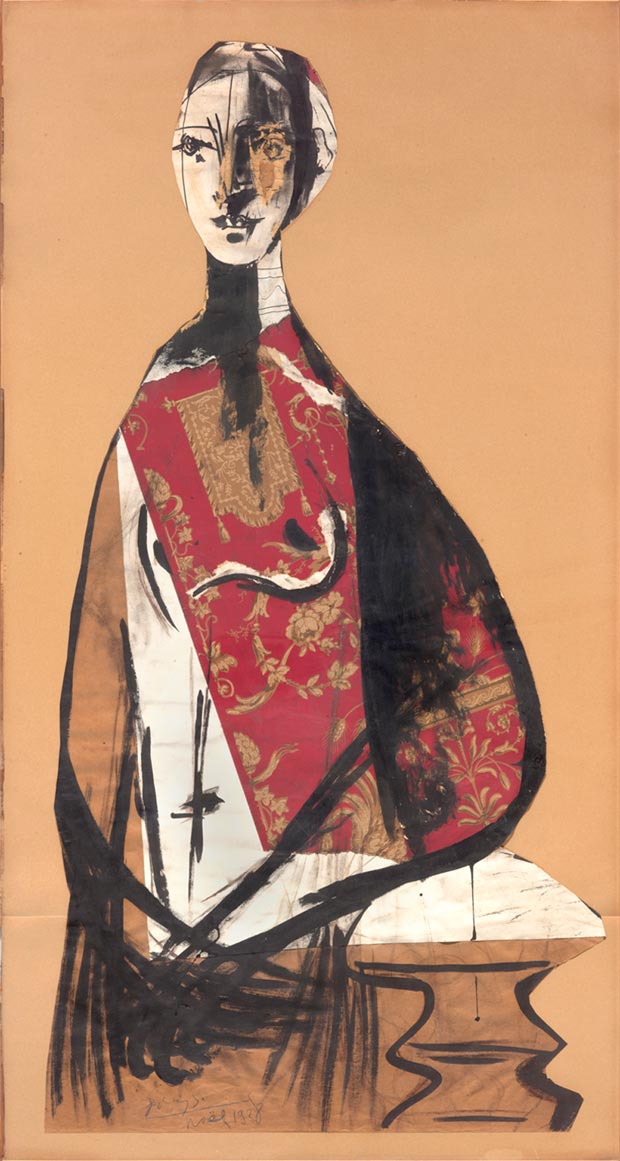 Louvre Abu Dhabi who’s ongoing development we’ve been bringing to you HERE  is set to to unveil an unseen Picasso Portrait from the Museum’s Permanent Collection. Pablo Picasso’s never before exhibited work ‘Portrait of a Lady’ will be showcased in Birth of a Museum exhibition (April 22– July 20, 2013) in Abu Dhabi.

A practically unknown work, Portrait of a Lady has never been exhibited before, and only mentioned in A Life of Picasso: The Triumphant Years, 1917-1932 written by John Richardson in 2007. The papier collé, a type of collage using glued paper cut-outs is, according to the hypothesis of Richardson, a portrait of famous socialite and fashion muse Natalie Paley, granddaughter of Tsar Alexander II of Russia and wife of the couturier Lucien Lelong. A renowned model in her day, she was well-connected in fashionable Parisian circles. Picasso may have used photographs as a source, as he did for many other portraits, to capture her oval face, fine features, and slim silhouette.
Almost 130 artworks some of which have never been seen or revealed before will be shown in Manarat Al Saadiyat, Saadiyat Cultural District’s art and exhibition centre, and will give visitors insight into the museum’s narrative and collection ahead of its opening in 2015.

Born of an agreement between the governments of Abu Dhabi and France, Louvre Abu Dhabi will display art, manuscripts and objects of historical, cultural and sociological significance. The museum and its growing permanent collection is owned by the Government of Abu Dhabi. The items on display will originate from societies and cultures all over the world, but universal themes and common influences will be highlighted to illustrate similarities arising from shared human experience transcending geography, nationality and history.

The general curator of the exhibition is Laurence des Cars, Curatorial Director of Agence France-Muséums (AFM), who is supported by a TCA Abu Dhabi and AFM team of diversified skill sets. Museography is done by architect Jean-François Bodin.