Each generation, at some point, has had moments in history where music and musicians came together to heal and raise money for a cause, in the form of benefit concerts.  In 2017, Ariana Grande headlined the One Love Manchester concert to benefit victims of the Manchester Arena bombing in May 2017. In 1985, there was Live-Aid organized by Sir Bob Geldof to benefit victims of the 1984 famine in Ethiopia and taking place at London’s Wembley Stadium and stateside at the JFK Stadium in Philadelphia; featuring performances from David Bowie, Queen, U2, Elton John, Paul McCartney, Black Sabbath, Madonna. That same year, activist Harry Belafonte with fundraiser Ken Kragen brought a charity supergroup to record the song “We Are the World” written by Micheal Jackson and Quincy Jones. In the year 2020, in the time of the novel coronavirus COVID-19 pandemic, we have the upcoming ‘One World: Together At Home‘ virtual concert special curated by Lady Gaga in partnership with Global Citizen to benefit World Health Organization (WHO). The virtual festival/concert which will air on April 18 and will be broadcast on all major American television networks as well as virtually every social media platform will feature artists such as Sir Paul McCartney, Stevie Wonder, John Legend, J Balvin, Billie Eilish, Eddie Vedder, Lizzo, Kacey Musgraves, Lang Lang, Keith Urban, Maluma to name a few. 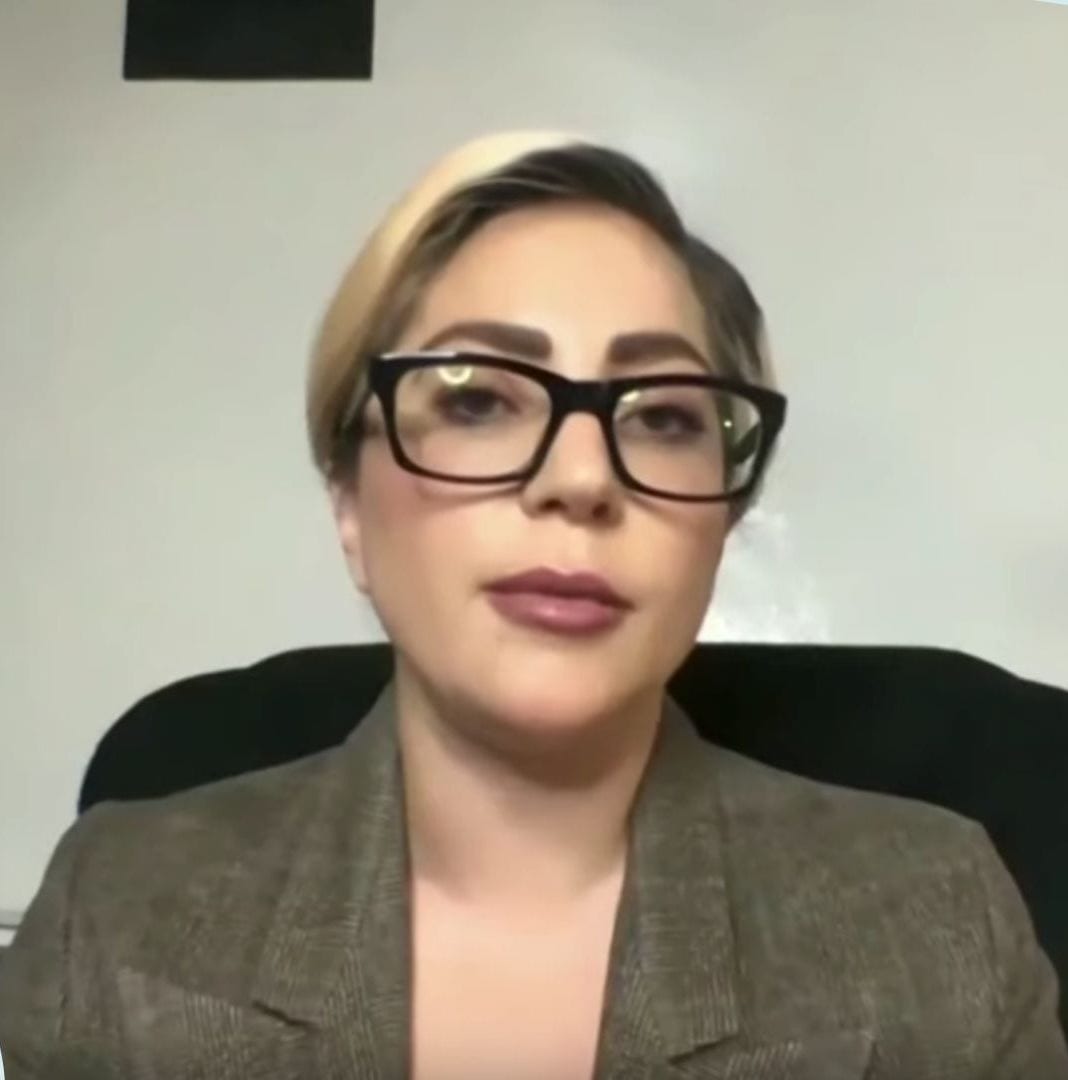 “It is so important to think globally and support the World Health Organization to curb the pandemic and prevent future outbreaks…We want to highlight the gravity of this historical, unprecedented, and cultural movement.” -Lady Gaga

In addition to the artists named above, non artists celebs like Idris Elba and Sabrina Elba, David Beckham, Kerry Washington, Priyanka Chopra Jonas, Shah Rukh Khan will also be joining in the event hosted by Jimmy Kimmel, Stephen Colbert and Jimmy Fallon. According to a recent press release, the global special has raised $35 million so far in the past seven days prior to the press announcement on Monday April 6, in support of the fight against COVID-19. 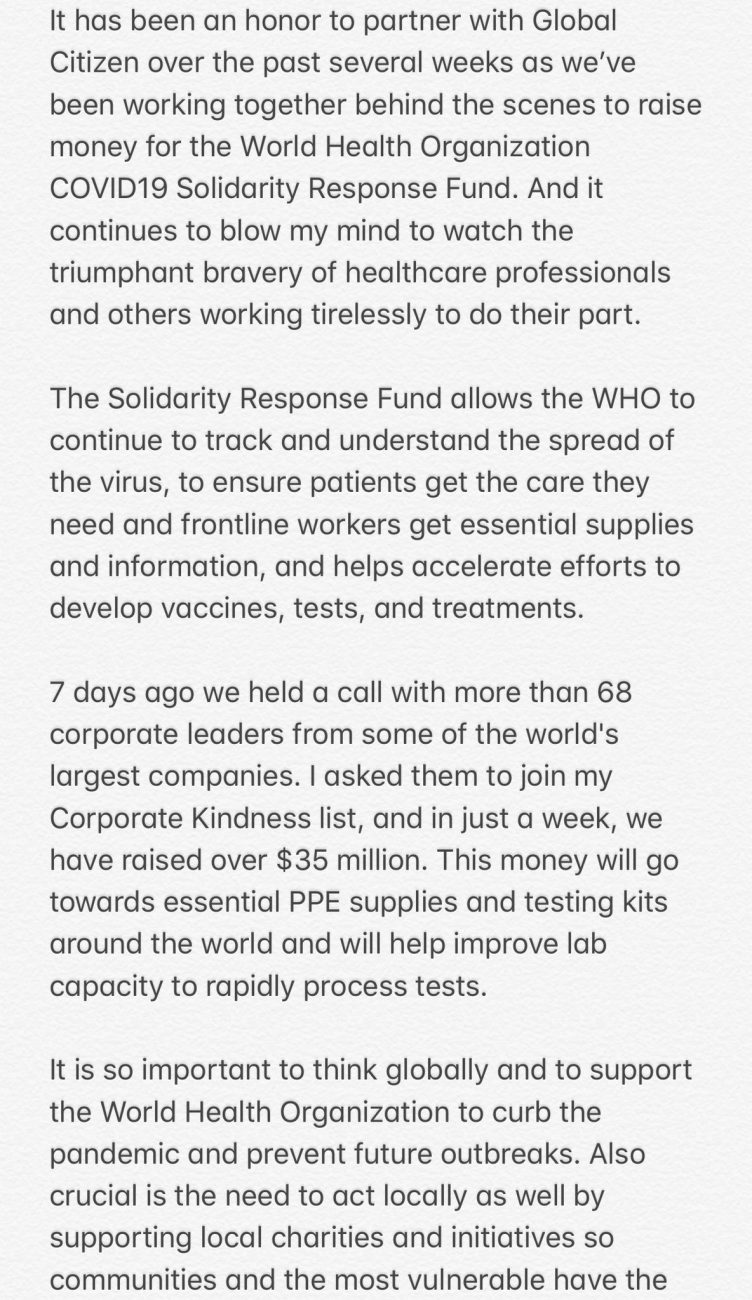 The special will be broadcast live on Saturday, April 18, at 5 p.m. PT/8 p.m. ET on ABC, NBC, ViacomCBS Networks, and iHeartMedia, as well as Bell Media networks and platforms in Canada. Internationally, BBC One will run the program on Sunday, April 19, with additional international broadcasters including beIN Media Group, MultiChoice Group, and RTE. One World: Together At Home will also be streaming online on multiple global platforms, including Alibaba, Amazon Prime Video, Apple, Facebook, Instagram, LiveXLive, Tencent, Tencent Music Entertainment Group, TIDAL, TuneIn, Twitch, Twitter, Yahoo, and YouTube. The virtual broadcast will show unity among all people who are affected by COVID-19, as well as celebrating and supporting the brave frontline health care workers around the world who are doing incredible, life-saving work.

.@LadyGaga, @Eltonofficial, @Lizzo, and more are standing in solidarity with us and the @WHO to support global response efforts to the coronavirus. Join us on April 18 for One World: #TogetherAtHome and take action now 👉https://t.co/QMSMOngS2h pic.twitter.com/dpPYhmIEF1