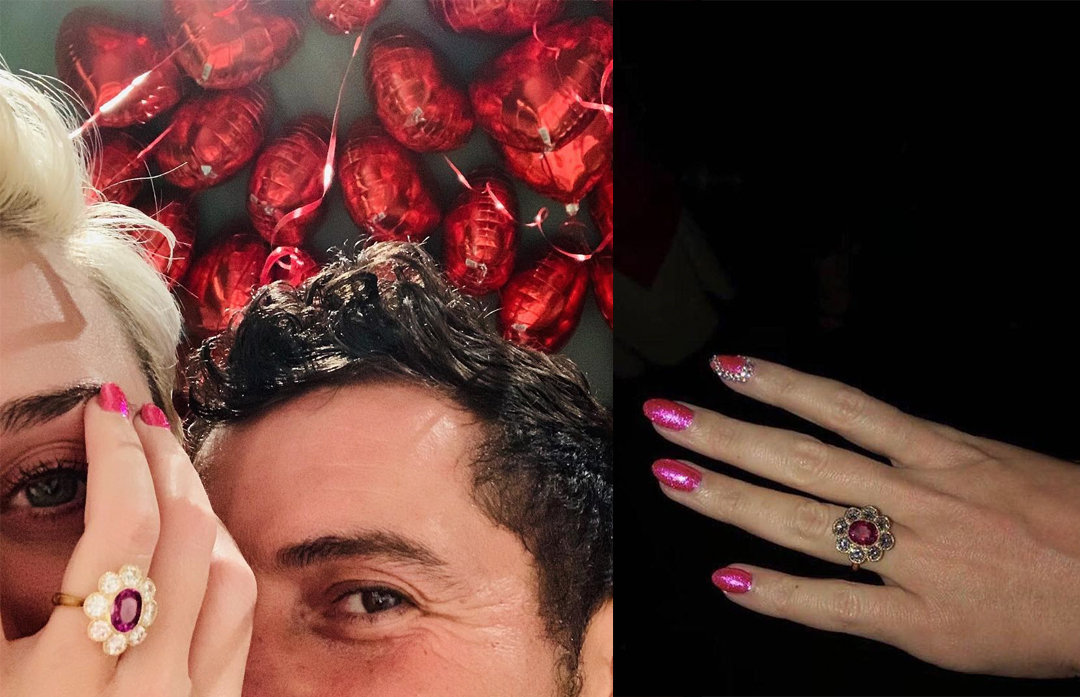 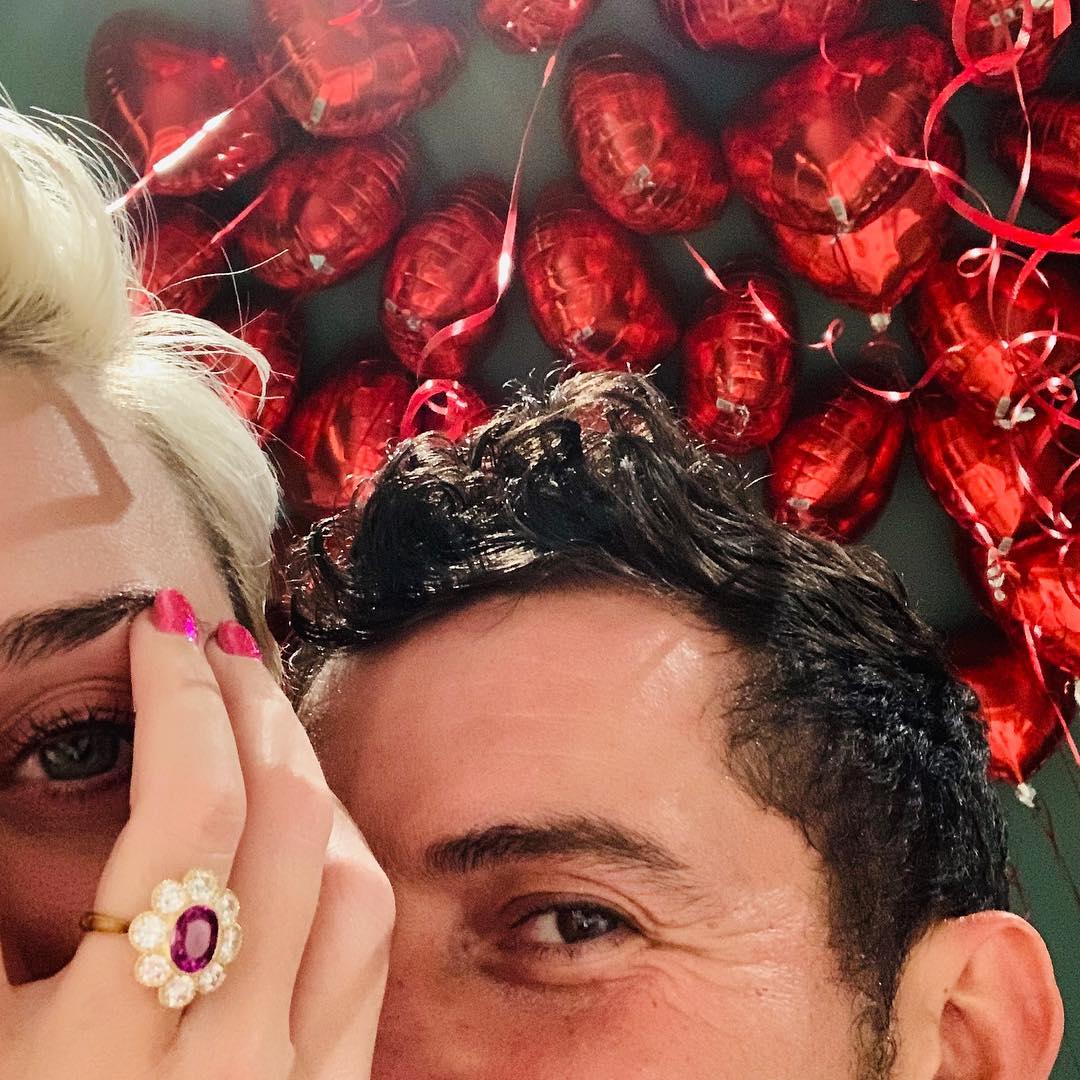 Congratulations are in order for Katy Perry and her beau Orlando Bloom who confirmed on their instagram pages their recent engagement or atleast they both posted the same photo with Perry showing off a beautiful ruby red ring surrounded by diamonds.

According to reports, Bloom popped the question during a surprise proposal party with friends and family on Valentine’s day. Katy’s mom Mary Hudson had uploaded some photos on Facebook earlier which sent rumors surging before the couple make it official Friday morning.

Bloom and Perry began dating back in 2016 but they took a short break before reconciling in 2017. Perry and Bloom were spotted by paps after her birthday dinner at Barton G with Bloom’s son Flynn and Miranda Kerr picking him up in her new Aston Martin. Some are saying the ring is worth somewhere in the $5million range. According to WP Diamonds’ Andrew Brown the ring “appears to be a four-carat fancy vivid pink oval shaped diamond arranged with eight white diamonds around it to assemble a flower “in bloom” – this ring is truly one-of-a-kind and wildly valuable.”