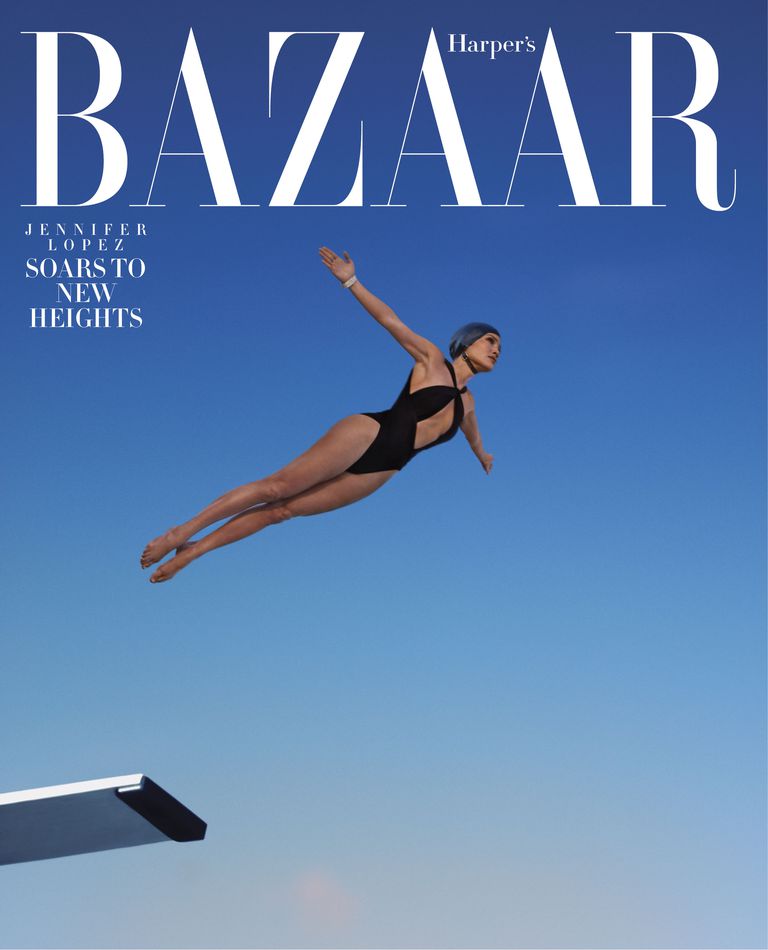 “I don’t ever want to be told I can’t do anything that I want to do. I’m gonna do it.”
Jennifer Lopez is living her best life and she seems to be enjoying every parts of it. A working mom of twins, a new love that feels right, movies, music videos and upcoming tour, the multi hyphenate is featured on the February 2019 cover of Harper’s Bazaar magazine. 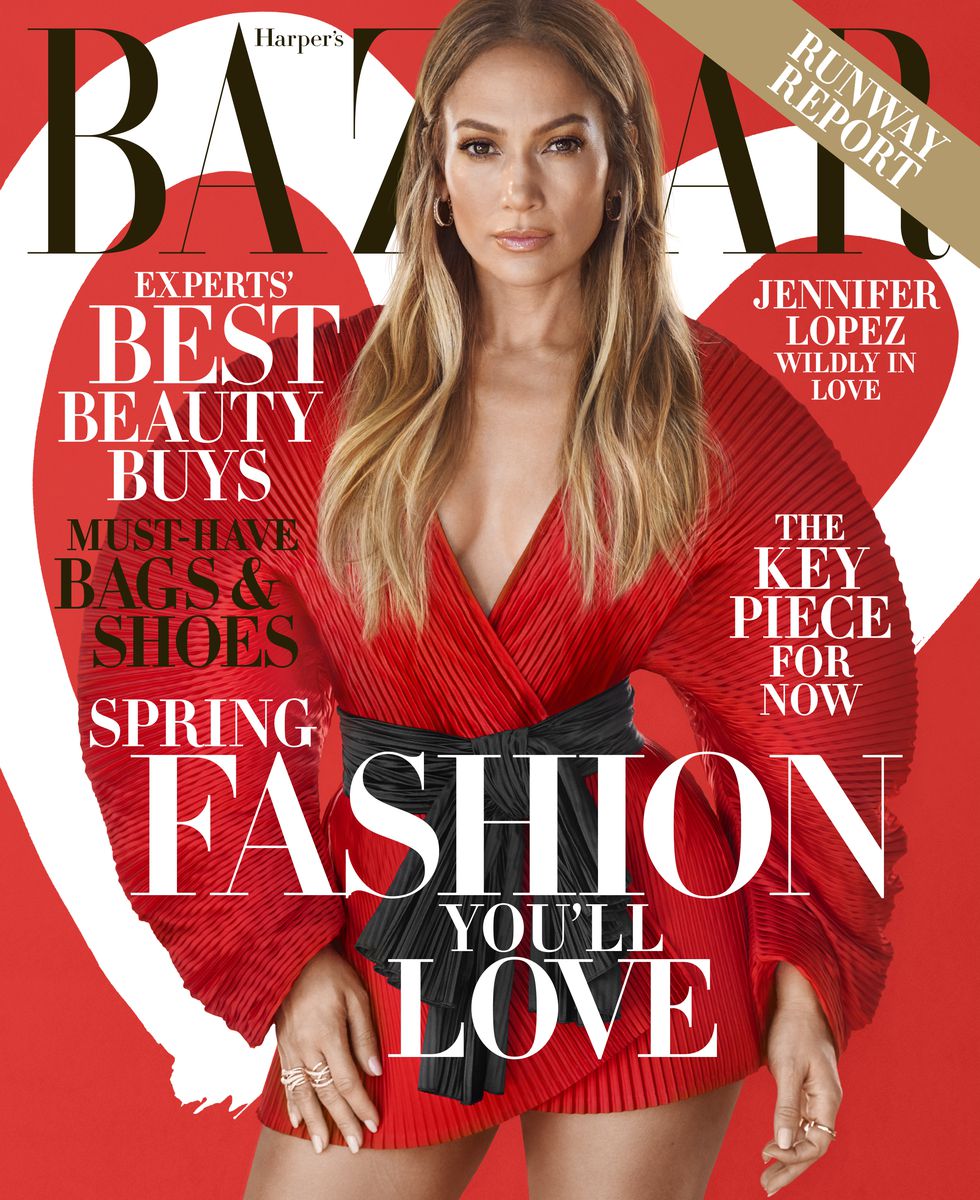 Lopez aka JLo opens up to Carina Chocano about everything from finding love to her 10-year-old twins, Maximilian “Max” David and Emme Maribel, to her three-decade career in show business. Here, we’re printing 10 quotes from their candid interview that didn’t make it into the final cover story.

Did you know that in the span of her almost three decades career with the start of her career in the early ’90s,, Jennifer Lopez, who is mom to 10-year-old twins Max and Emme (with ex-husband Marc Anthony), oversees a multi-pronged empire that spans music, TV, film, live entertainment, and style? She’s released eight studio albums, appeared in 30 movies, served as a judge on American Idol for five seasons, and written a New York Times best seller? Her three-year Las Vegas residency, All I Have, grossed more than $100 million, and her beauty company has launched 29 fragrances.  What a powerhouse! 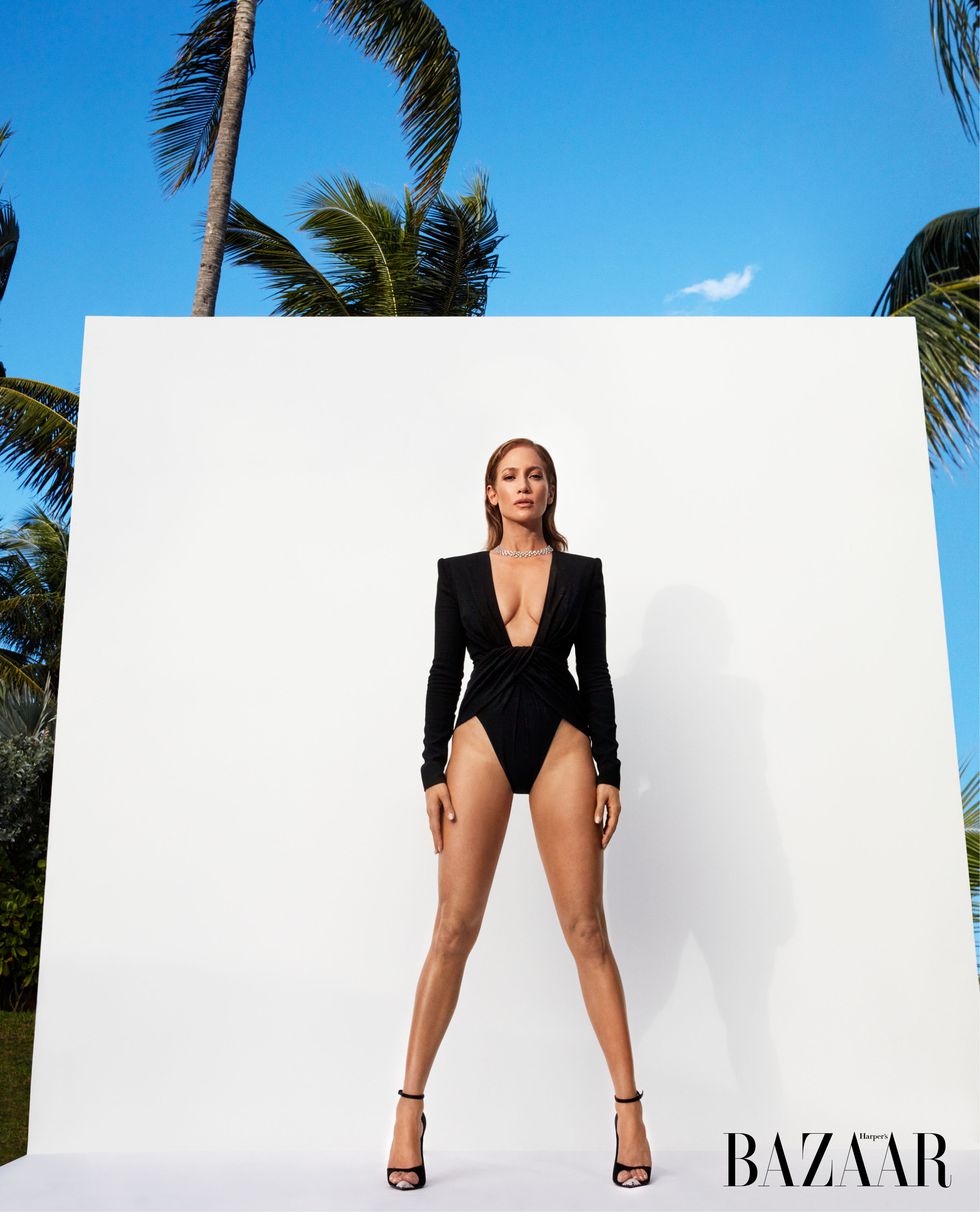 Lopez in the interview says, “From early on in my career, I felt like people wanted to put me in a box,” “You will play these sorts of roles, do this type of thing. Or you will only act. You cannot sing and act at the same time. I felt very confined by that because I knew I was going to do different things. I was at least going to try!” “I think sometimes people try to make you feel like you’re a fraud,” she continues. “And maybe you’re afraid you’re one too. Then finally you go, ‘Wait, I’m not lying. I’ve been doing this a long time. This is not a mistake. I worked hard to be here.’ And you know what? Congratulations to myself. Not in an arrogant way, by any means. It’s like, ‘You’re doing good, baby. Give yourself a break.’”

“I feel very proud that I’ve survived as long as I have in this business,” Lopez says. “At this point in my life, I’m trying to give myself more credit. It’s hard when people are always telling you that you’re not good at things or saying, ‘Why is she successful?’ You get a lot of that when you’re a successful woman. You don’t get that as much when you’re a man. The thing about people, women especially, is that you can have 12 people telling you you’re amazing, but that one person kind of putting you down, that’s the voice that sticks in your head.” 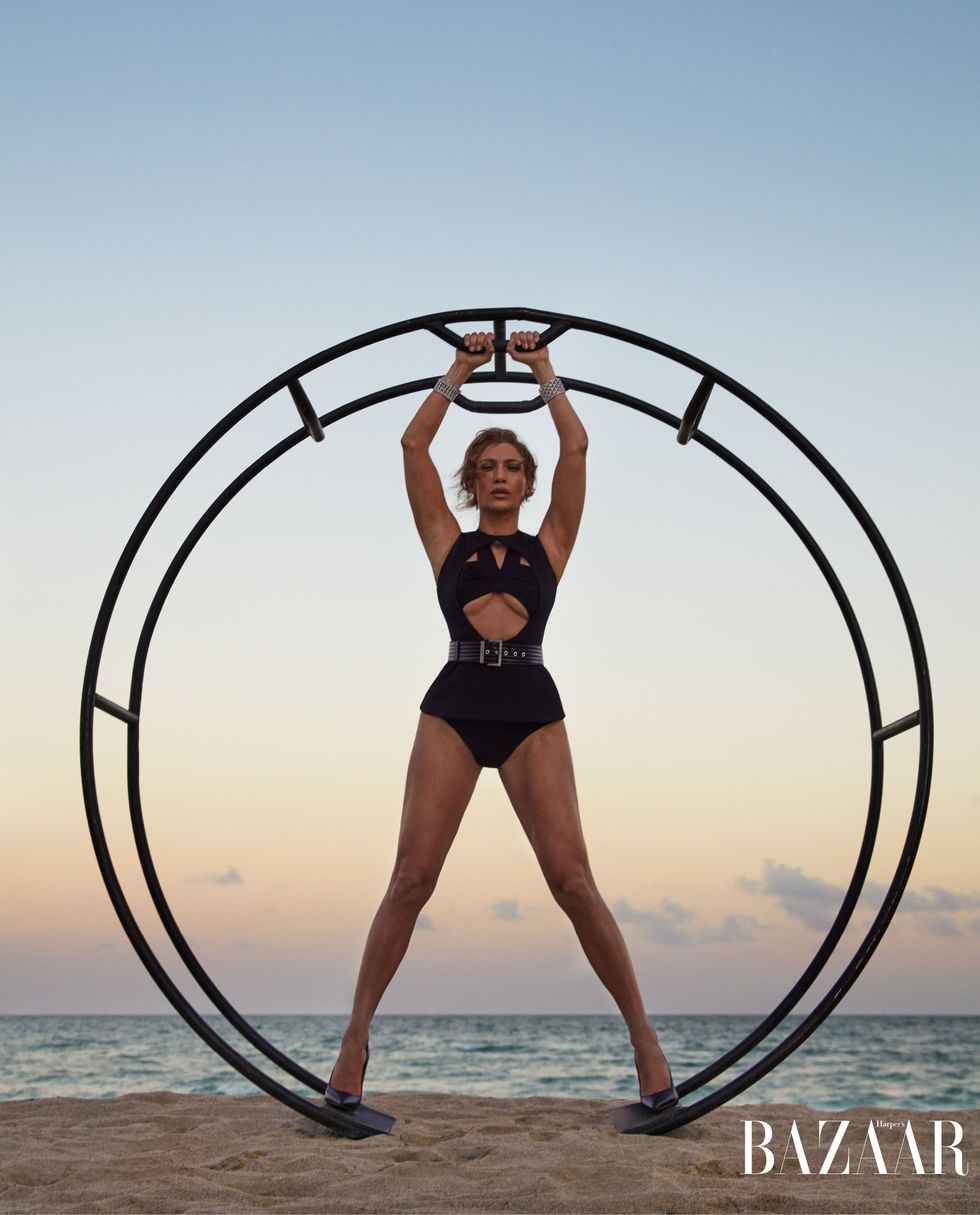 “My main goal with my kids is to teach them to love themselves, and understand their value, so they always make good decisions for themselves. I feel like it starts there. That’s my main thing with them. Love, respect, love themselves first.”

“They definitely aren’t having the upbringing that I had. But I think that what they are seeing, which is positive, is that the world is their oyster, and they can do anything they want—but they’re going to have to work really hard, cause mommy works really hard. That, they see. And they see charity. And they see love. I’m just hoping that those are tenets and foundation of their life.”

“I grew up in the Bronx. I had this very urban kind of upbringing with break dancing in the ’80s, Adidas, and hoops. That street Bronx style is still very much part of my style. “In New York, in the Bronx, it was very, ‘we dress like a boy with Doc Martens and man pants and a wife beater’. It was very Latin, big hoops and eyeliner, and that stayed with me. That mix of toughness and sexiness.” I also grew up on musicals and looking at all these glamorous movie stars. That was also very much part of what I aspired to be style-wise, like those beautiful women like Ava Gardner, Marilyn Monroe or even Jackie O from that time. Just that type of ’50s, ’60s glamour. As I started developing, I realized that those were the things that I liked. It was either very street or very glamorous. Glamorous and kind of sensual. That became who I was.”

On Love:
“I think she looks at life as an opportunity to live—you rest when you die,” adds Goldsmith-Thomas. “But she’s in a great place in her life.”

“For me, the relationship journey has been very up and down. But it didn’t have to do with anybody else but me—it was about me figuring out me. Until you learn to love yourself, you can’t completely love [someone else] in a way that is pure and true. Once you do that, you can have relationships that are based on love and respect, that are supportive and nourishing. There’s an evolution there that had to happen for me. I feel like I’m in a better place now.”

You can read the rest of her interview here. The print issue of Harper’s BAZAAR, available on newsstands January 22.

What To Do In Chicago This Month