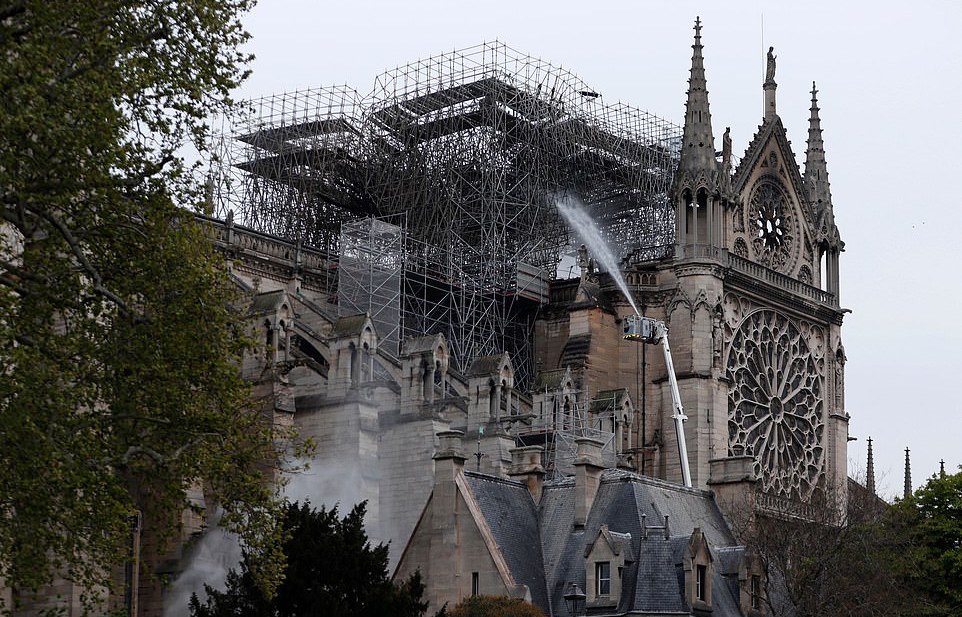 Let’s get into these 7 news stories after 7 Tuesday April 16!

FIRE AT NOTRE DAME. What started as sparks at the historic Notre Dame Cathedral in Paris, engulfed parts of the wooden roofing taking down its spire in about 65 minutes as hundreds of firemen worked to contain the blaze and save the cathedral and valuable artifacts. The furious flames are gone and now the investigation begins and assessment into full extent of the damage. Julien Le Bras, whose company won the €5million contract to renovate Notre Dame is now under fire.  Many took to social media to express sadness for the catastrophic disaster. Some of France’s richest have already pledged financial support behind rebuilding of Notre Dame. LVMH boss and 3rd richest man in the world Bernard Arnault has pledged €200 million meanwhile Kering boss Francois-Henri Pinault and his father have pledged €100 million, L’Oreal along with the Bettencourt Meyers family and foundation pledged €200 million  with donations now topping €600million. Several artifacts housed in the cathedrall including the 3 rose stained-glass windows were saved/intact from the tragedy. The Notre Dame Cathedral averaged about 13 million visitors annually....Read more

“If you light a lamp for someone else it will also brighten your path.”
― Buddha