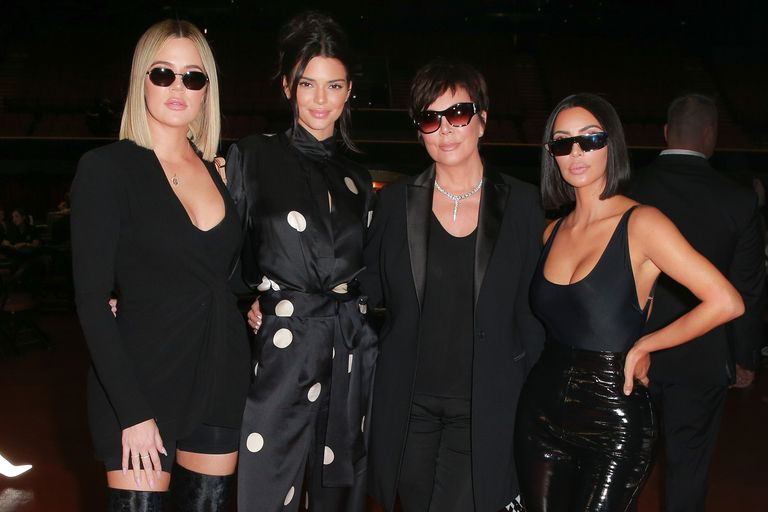 Ms. Lauryn Hill Is The Face Of Woolrich Autumn/Winter 2018 Campaign

A.G vs TRUMP?  What was supposed to be an off-the record private meeting between President Donald Trump, who decries the media like the (Old Navy) State Street Preacher decries everything, and New York Times publisher A.G Sulzberger has been put in the open and now we have clashing accounts. Trump tweeted on Sunday about the meeting which actually took place July 20  “Had a very good and interesting meeting at the White House with A.G. Sulzberger, Publisher of the New York Times. Spent much time talking about the vast amounts of Fake News being put out by the media & how that Fake News has morphed into phrase, “Enemy of the People.” Sad!”  NYTimes’ Sulzberger who met with the president along with James Bennet, editor of the Times’ editorial page, then released a statement emphasizing that he told the President “his language about media was not just divisive but increasingly dangerous.” While on the subject of the president, he’s also threatened to shutdown the federal government if Congress does not fund his border wall and change the nation’s immigration laws…..Read more

• Six people are now dead in the Carr wildfire out in California and the fire is still growing. It went from 48,000 acres on Friday night to double that on Sunday.

• In Chicago news: The new City of Chicago Police reform plan that was released Friday with Mayor Emanuel, Illinois AG Lisa Madigan and police superintendent Eddie Johnson is getting no love from Chicago’s police union. The reform though has not been finalized as their will still be public input/commenting on the proposals before a judge hears arguments from both sides before settling on a final plan. McDonalds, HQ here in Chicago is celebrating the 50th anniversary of the Big Mac with MacCoins. 14,000 participating restaurants on Thursday will give customers that purchase a Big Mac a coin that will be good to redeem a free Big Mac. McDonald’s franchisee Jim Delligatti who invented the Big Mac would have been 100 on Thursday.

• Over The Weekend: Did missing Iowa student Mollie Tibbetts return to her boyfriend’s apartment where she was dog sitting to send a final snapchat before disappearing? Investigators are trying to use the new info as her disspearance goes into 9 days.  Investigators are still trying to find out why John Cowell, stabbed Nia Wilson (who died) and her sister (survived). Sunday a hospital in Denver went into temporary lockdown after an Ebola virus scare. A Colorado man who doctors learned he had just returned from the Congo, was showing symptoms of the virus; results came back negative. Sacha Baron Cohen’s “Who Is America?” show Sunday snared former Alabama Senate candidate Roy Moore.

• CBS Board Of Directors will to decide the temporary and maybe future fate of its CEO Les Moonves after allegations of sexual misconduct recently surfaced. Ronan Farrow published in the New Yorker of six women who said he sexually harassed them.

• As predicted “Mission: Impossible – Fallout” which sees the return of Tom Cruise to the movie screens and reprising the role of Ethan Hunt along with Henry Cavill, Angela Bassett, Ring Rhames, and Alec Baldwin, took the top spot and it broke its franchise record. MI-Fallout raked in $61.5million in North America with a global take in of $153.5million. Mamma Mia! Here We Go Again beat Sony’s The Equalizer 2 to come in No. 2.  Close to home, the Siskel Film Center has some amazing films on deck in August including the documentary portrait of iconic makeup artist Kevyn Aucoin, plus the Chicago premiere of Love, Cecil and more.

• To coincide with her 60th birthday, Madonna is profiled in the Augsust 2018 issue of Vogue Italia as she talks about her children, her passion for music and horses, as well as the projects for her charity Raising Malawi as she  prepares for a monthlong fundraiser benefitting Malawi orphans, in partnership with Facebook. The shoot was photographed by Mert Alas and Marcus Piggott.  Lauryn Hill is fronting her first fashion campaign as her legendary album Miseducation of Lauryn Hill marks its 20th anniversary. The autumn/winter 2018 campaign for Woolrich was styled by Mel Ottenberg. Disney villains have inspired fashion brand The Blonds’ spring 2019 line that will be showcased in their NYFW show in September.  Lastly, if you are or know someone in fashion  with a small- to midscale brand, not jewelry and looking for an opportunity to participate in the nine-monthlong virtual residency program, the CFDA’s taking applications.

Get A Ride In The Sky To Lollapalooza From The Suburbs

Ms. Lauryn Hill Is The Face Of Woolrich Autumn/Winter 2018 Campaign