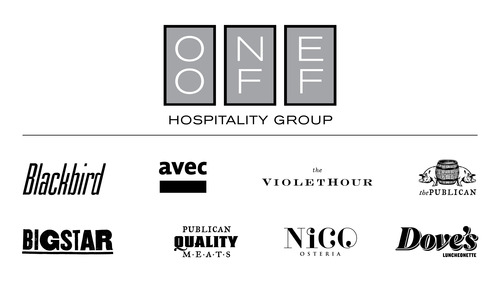 YouTube Shooter.  A few more details about the shooting at Youtube headquarters that injured three and saw the shooter Nasim Najafi Aghdam take her own life is emerging. In a video posted in January, she complained of YouTube limiting her traffic views and paying lower amount of ad revenue, something many of the platform’s contributors have bemoaned as well. It is also being reported that relatives of the shooter warned authorities she might take her hostility toward the online video-sharing company to a dangerous level, but that those warnings were not heeded….Read more

• President Trump has signed a proclamation to send National Guard troops to the U.S.-Mexico border to fight illegal immigration to the border. The troops will not have physical contact with immigrants. Department of Homeland Security Secretary Kirstjen Nielsen said the administration hopes the deployment of the National Guard will begin immediately and Trump officials are in touch and coordinating with governors in impacted states. President George W. Bush in 2006 and President Barack Obama in 2010 also sent thousands of National Guard troops to assist with border operations, primarily in administrative and surveillance roles.

• In Chicago news: Video of University of Chicago police officer who shot at a student near campus has been released. The body cam and police vehicle shows officers shooting at the student, 21-year-old Charles Thomas. Thomas, charged at an officer with a metal pipe. A barricade situation in Chicago’s Buena Park neighborhood ended peacefully after the man was taken into custody. A former bookkeeper for One Off Hospitality, Renee M. Johnson, 60, has been charged with funneling more than $600,000 from their restaurants into her personal accounts. Theaster Gates has been named Colby College’s first Distinguished Visiting Artist and Director of Artist Initiatives at the Colby Museum of Art. Over the course of a three-year appointment, Gates will convene artists and thinkers from around the world for retreats, provide opportunities for students and faculty to engage in his practice, and identify opportunities for additional artist residencies, projects, and exhibitions at the Institute, founded in 2017.

• Another unharmed black man has been shot, this time in New York city. A man, identified as 34-year-old Saheed Vassell who was wielding a metal pipe with a knob on the head, mistaken for a gun, was shot at by four of the five police officers who responded to the scene on a corner in the Crown Heights neighborhood in Brooklyn.

• Designer Marc Jacobs used a flash mob performance at a Chipotle in Manhattan to propose to his boyfriend actor Char Defrancesco.

• Jennifer Lopez is launching a beauty line, by collaborating with Inglot. The 70 piece makeup line will include a bronzer called Boogie Down Bronze to get you that infamous JLo Glow (Scott Barnes does not come with it). The line will officially launch on April 26. Speaking of glowing launches, Rihanna’s much teased body illuminizer will drop Friday April 6.

• Tory Burch celebrated the launch of her new fragrance, “Just Like Heaven,” with the likes of Mindy Kaling, Chanel Iman, shoe designer Tabitha Simmons, Cristina Cuomo, Jamie Tisch and her mother Reva Robinson at Le Coucou in downtown Manhattan Wednesday. The Andre Leon Talley documentary, “The Gospel According to André,” which chronicles the life and career of the former Vogue editor at large will be released May 25. InStyle magazine, which recently announced they are banning fur in any future fashion coverage, has named Julie von Boehm as their new Fashion Director.

“Its not the load quote it the way you carry it.”― C.S. Lewis

Blake Lively is Livid and Rudy Giuliani is getting divorced

*Featured image credit: via US Weekly