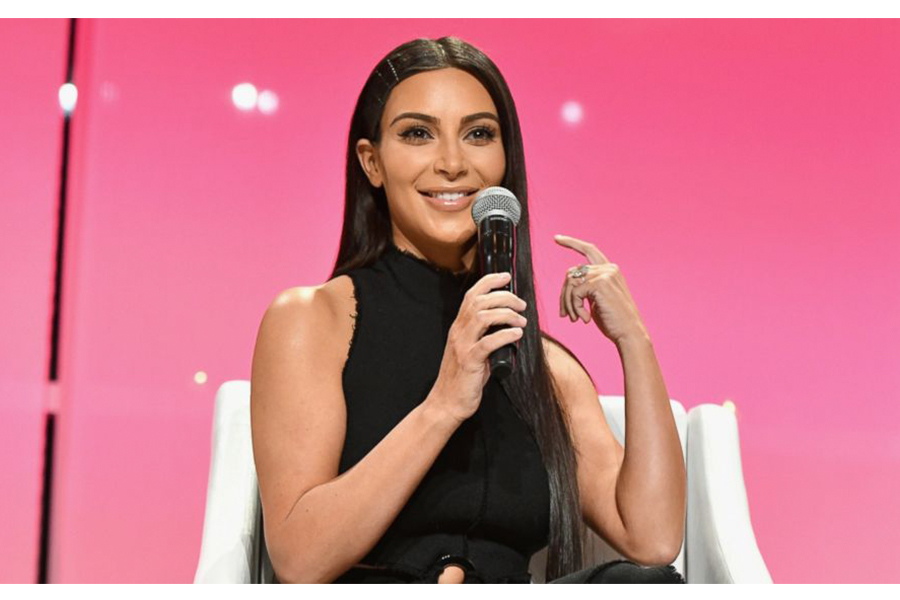 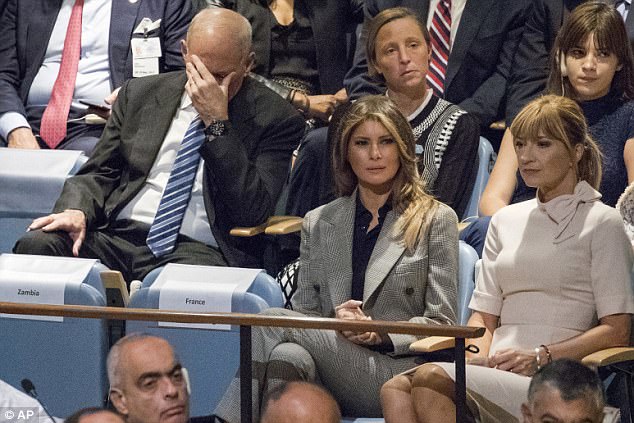 Link to the speech

Natural Disasters. While residents of Puerto Rico race to evacuate before hurricane Maria made contact, Mexico City was hit with a magnitude 7.1 earthquake Tuesday that has resulted in over 200 deaths so far. This earthquake comes on the anniversary of another deadly quake in the capital city that killed thousands in Mexico City in 1985;  A state of disaster has been declared. Hurricane Maria, which went down to a category 4 is still powerful with winds of 145mph slammed into Puerto Rico on Wednesday as the strongest storm to hit the U.S. territory in nearly 90 years. Maria is expected to dump as much as 25″ of rain on parts of Puerto Rico….Read more

• In Chicago news, Burrell Communications Group founder Tom Burrell has been inducted into the One Club‘s, Creative Hall of Fame, making him the first African-American to receive the honor.  The ongoing Bottled Blonde license revoking/suspension hearing has been delayed; this time because the lawyer for Bottled Blonde, Timothy Fitzgerald, was arrested in Berrien County, Michigan. Fitzgerald, 72, was charged with two counts of delivery and manufacturing of marijuana and maintaining a drug house and jailed last weekend. Kim Kardashian West has been added to the Chicago Ideas week lineup in conversation with Robin Givhan. Lastly, a former Chicago police officer who was facing federal drug conspiracy charges has been arrested after 15 years on the run. Eddie Hicks, 68, who was charged in 2001 with leading a group of corrupt officers who used fake search warrants to rob drug dealers, was arrested in Detroit.

• 53-year-old former Hugo Boss supermodel Robert Reagan has been found guilty of the murder of celebrity TV attorney Loredana Nesci, who was his girlfriend at the time. Reagan’s attorney, Shephard Kopp, claimed his client acted in self-defense during the fatal knife attack. Reagan is sentenced to life in prison and he will be eligible for parole in 16 years.

• A new bill to dismantle the 2010 Affordable Care Act aka Obamacare, authored by Senators Lindsey Graham and Bill Cassidy has been given the tweets up from president Trump though there’s not much known if GOP party members in the Senate also approve. Talk show host Jimmy Kimmel, who had Cassidy on his show earlier this year when his newborn son had to have emergency heart surgery, blasted Cassidy because “lied right to my face.” At issue here is the provision of “affordable care for children and include preventative care for every American.” The Graham-Cassidy plan would allow states to opt out of some consumer protections and waive regulations requiring insurers to include certain benefits, as well as end the expansion of the Medicaid insurance program for the poor and disabled.

• Laurence Fishburne’s wife Gina Torres was recently spotted smooching another man out and about at the Sweet Butter cafe in Los Angeles. Torres and the “Black-ish” star Fishburne have been married since 2002 and their last public appearance together was in December 2015; they starred in The Matrix together as well.  Speaking of splits, Rachel Bilson and Hayden Christensen have split a few years after the couple welcomed their daughter Briar Rose in 2014.
• Atlanta rapper Gucci Mane, real name Radric Delantic Davis, has overhauled his life, even dropping a few pounds along the way and now he’s released a new book, The Autobiography Of Gucci Mane. Gucci had multiple run ins with the law.  During a book signing event at an NYC Barnes & Noble, a man came up to him who turned out to be an anti-fur protester.

• Author Robert Spector’s new book on Nordstrom is now available though he states it is different from the three other books he’s written about the retailer in years past.  “The Nordstrom Way to Customer Experience Excellence: Creating a Values-Driven Service Culture” is co-written with  BreAnne O. Reeves and it contains new interviews, chapters and content. Ashley Graham has designed a capsule collection called “Let’s Denim” with Marina Rinaldi and it will be unveiled in Milan on Sept. 22, during Milan Fashion Week. Marina Rinaldi is a ready-to-wear, plus-size women’s clothing brand from the Max Mara Group.

“One person’s craziness is another person’s reality.”― Tim Burton

Hotness In The News Friday August 23 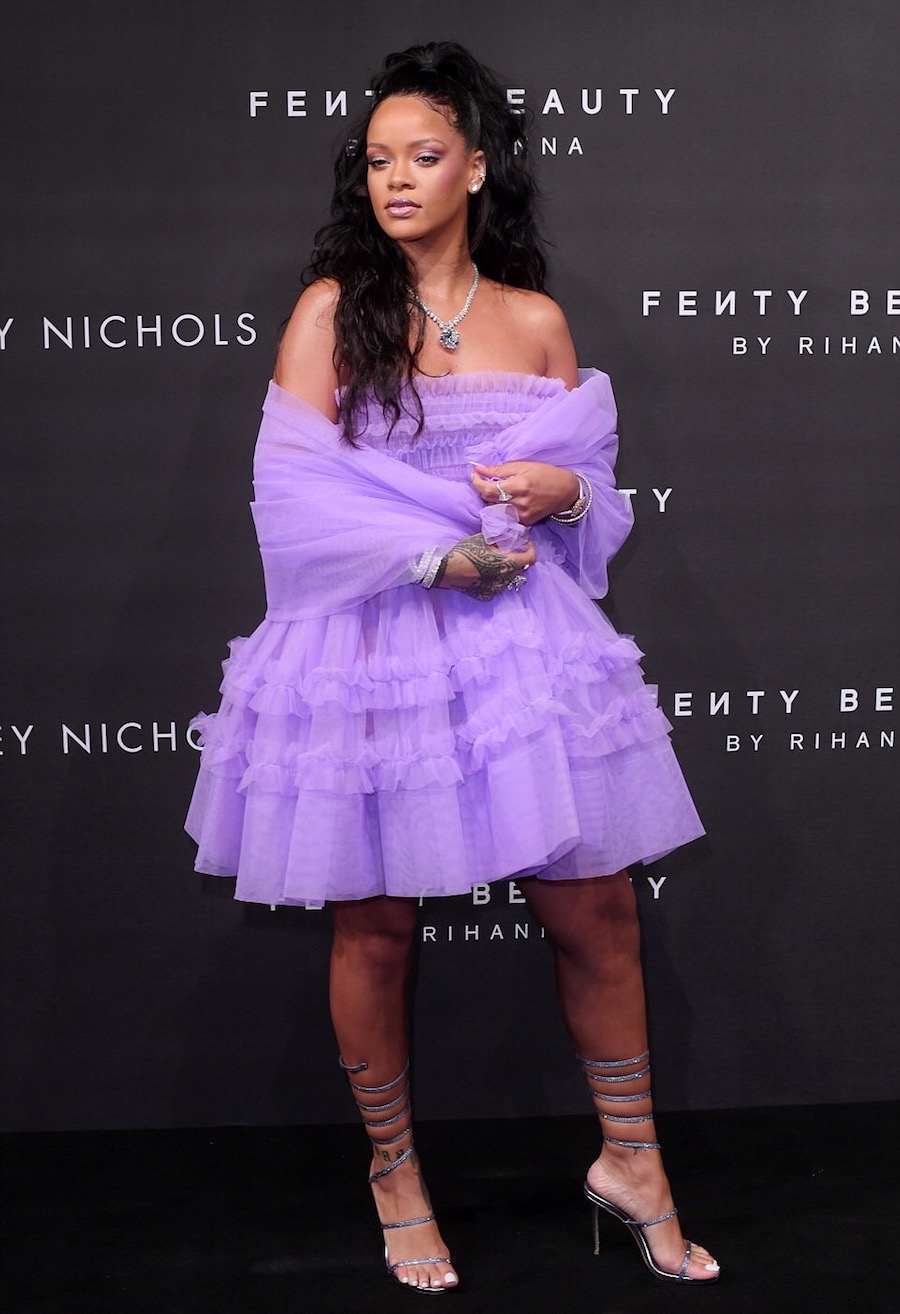 Hotness In The News Tuesday September 19