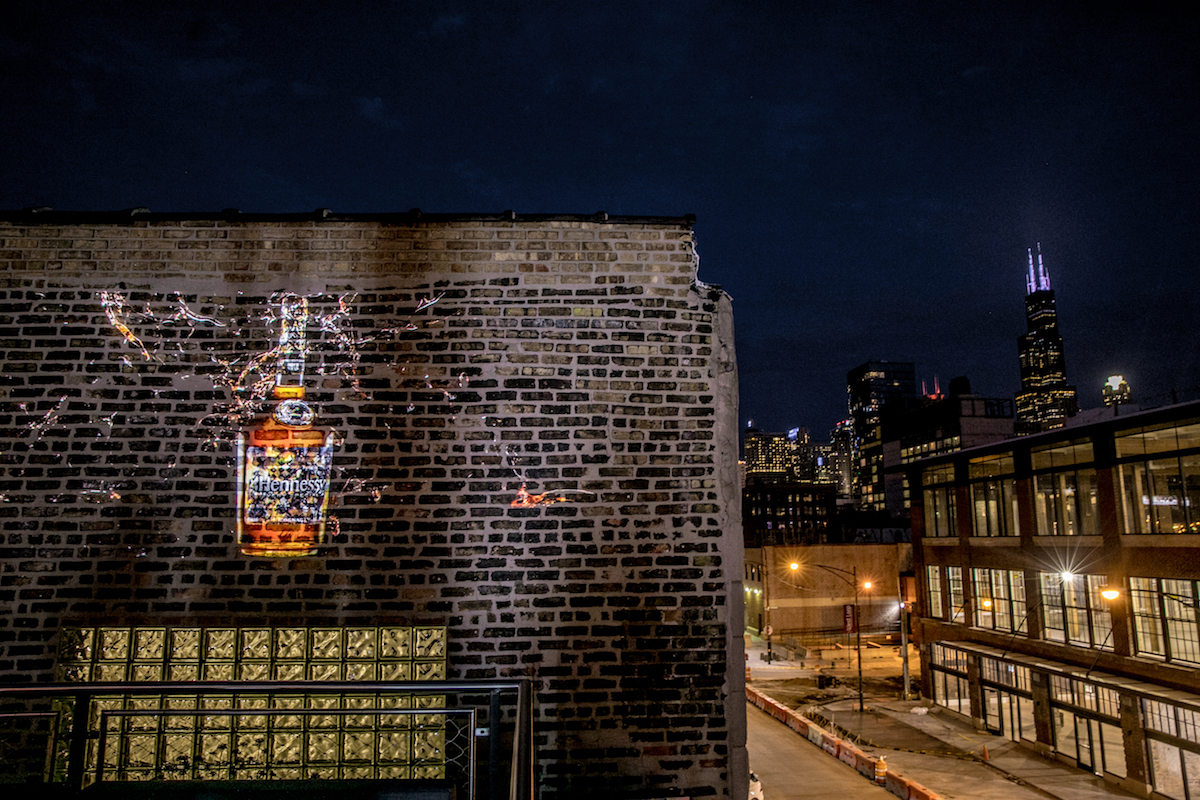 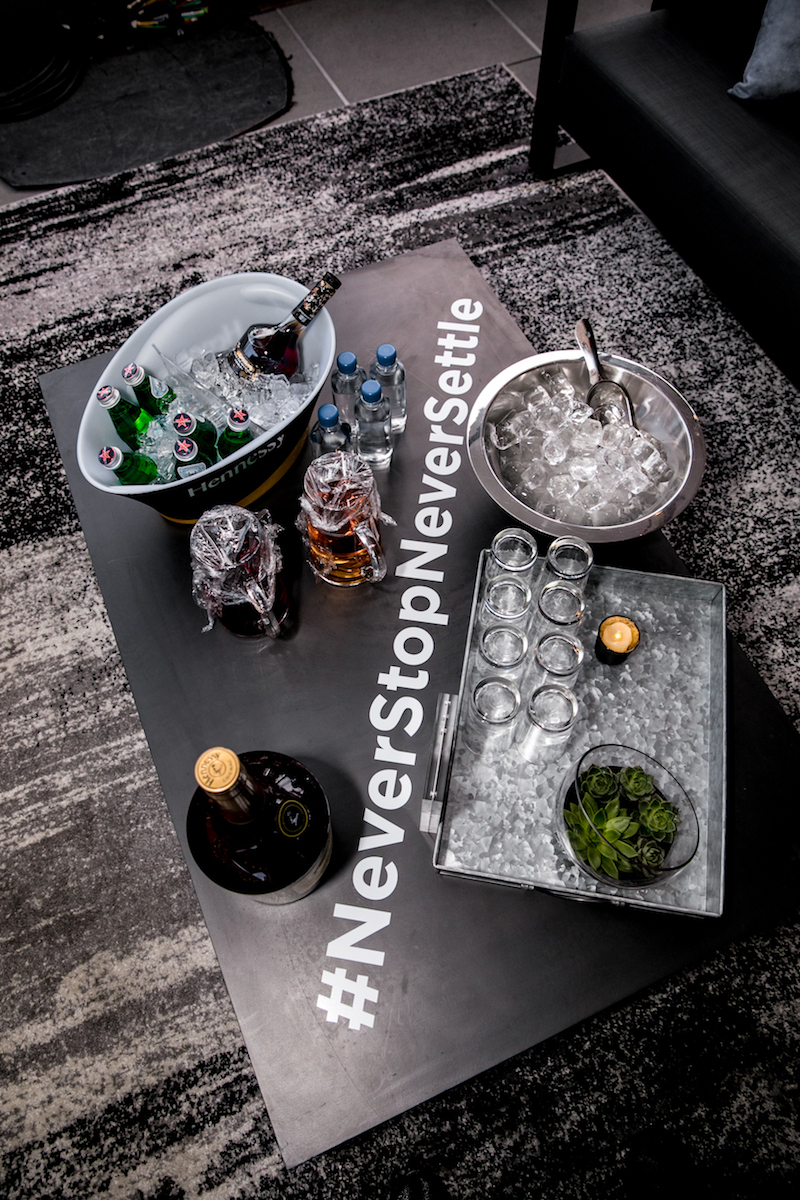 Hennessy is continuing its motto of “never stop, never settle” with its newest artist collaboration. A launch party was held here in Chicago Thursday July 19 at Morgan’s on Fulton, following one in NYC a few days earlier, not only to toast the new limited edition bottle that’s available nationwide this month, but also a local collaboration recognizing designer JoeFreshgoods. The cognac brand, under the mega LVMH umbrella, has over the years partnered with some amazing artists with global recognition such as Shepard Fairey, Futura, KAWS, Brazilian twins Os Gêmeos, Ryan McGinness, Scott Campbell and this year’s choice is Portuguese born street artist Alexandre Farto better know as “Vhils.” 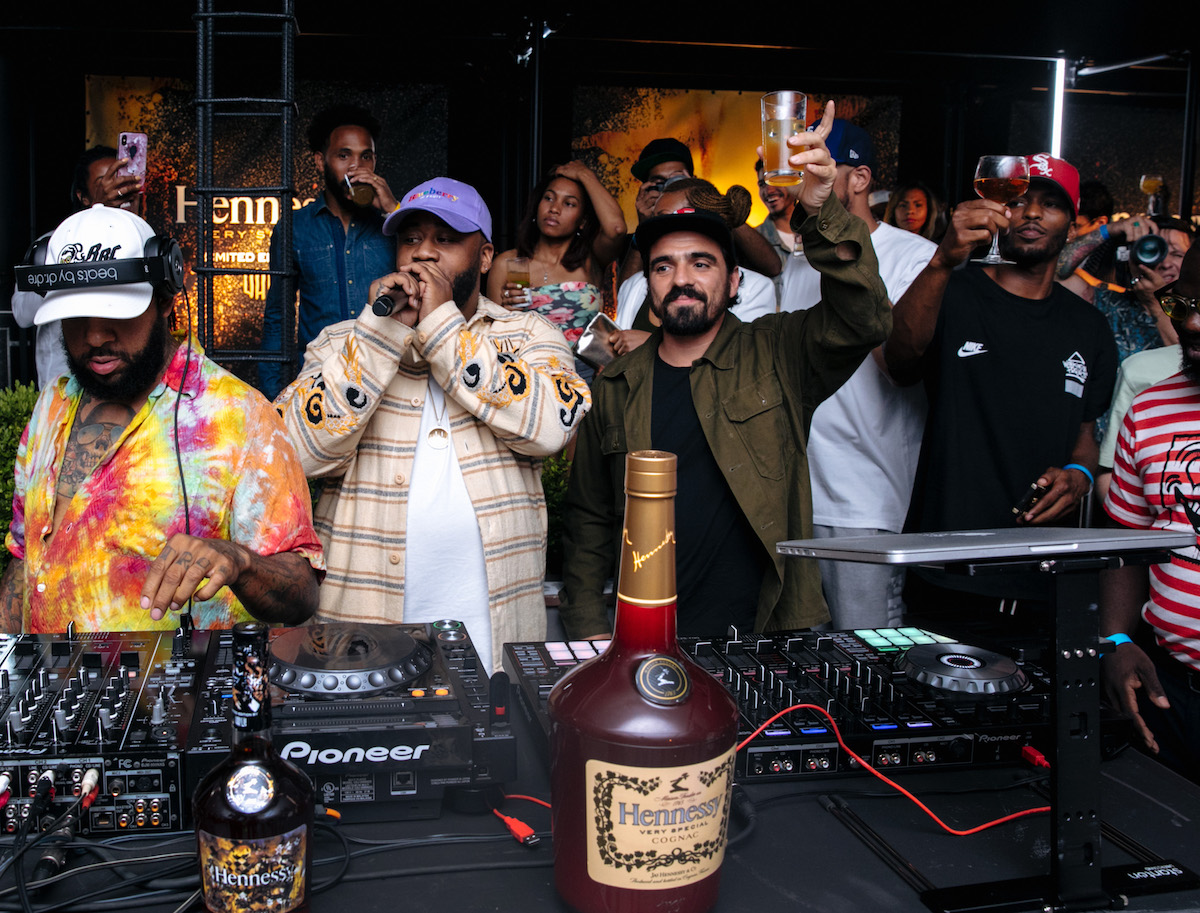 Earlier that day, invited media guests got a chance to sit down for lunch with Joe and Vhils where we got a chance to be one of the first to see the mural as well as get a better understanding of the process and chat with JoeFreshgood who is really doing great things in the style department in the city. 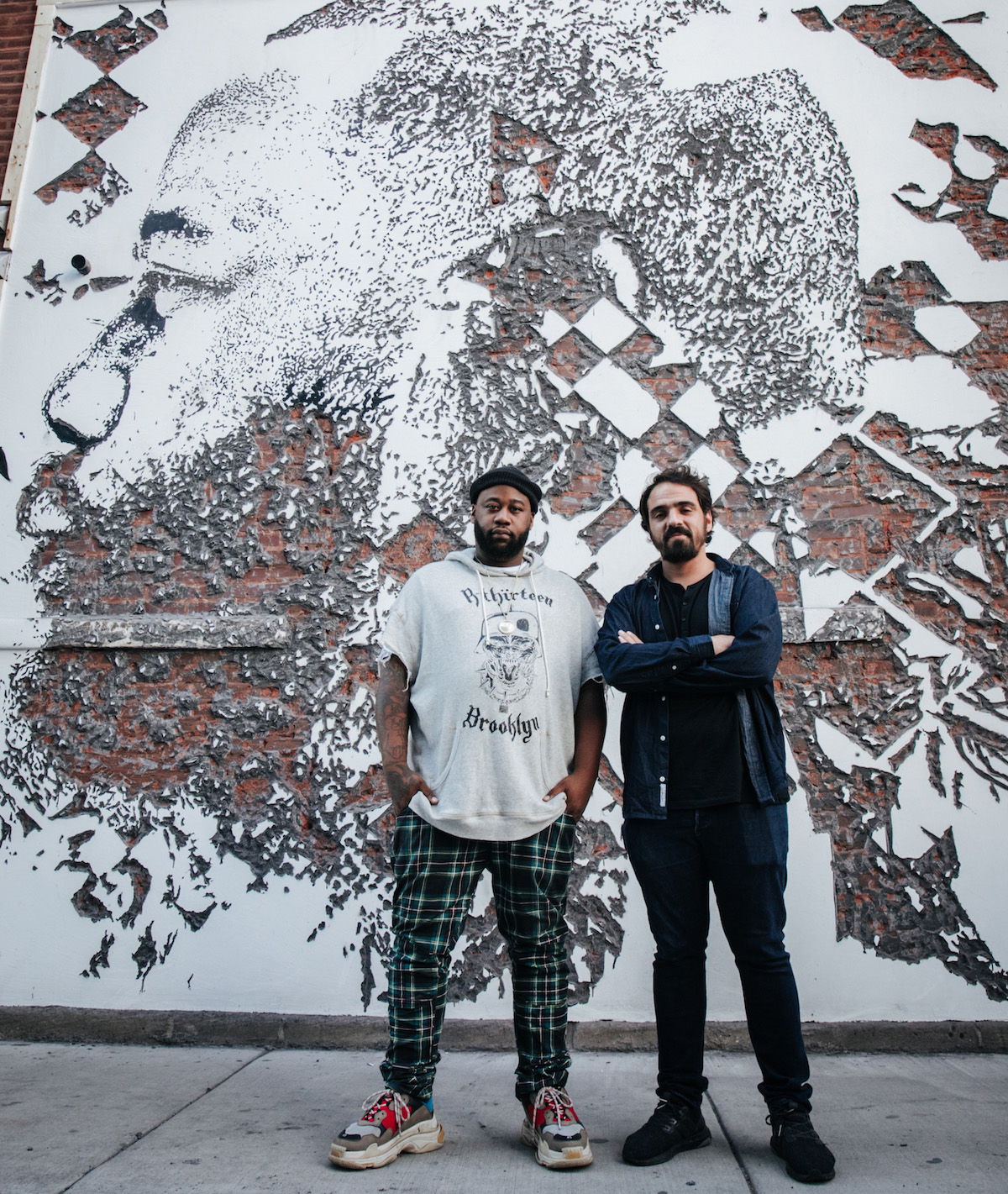 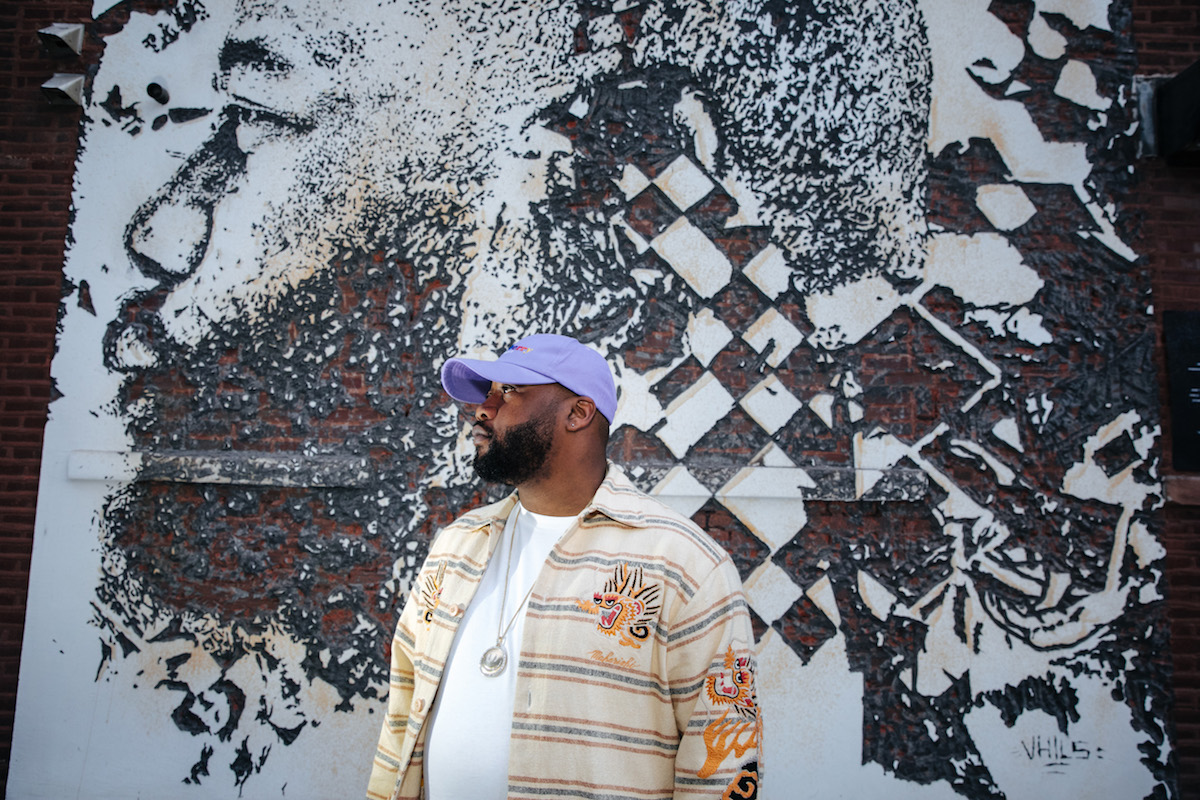 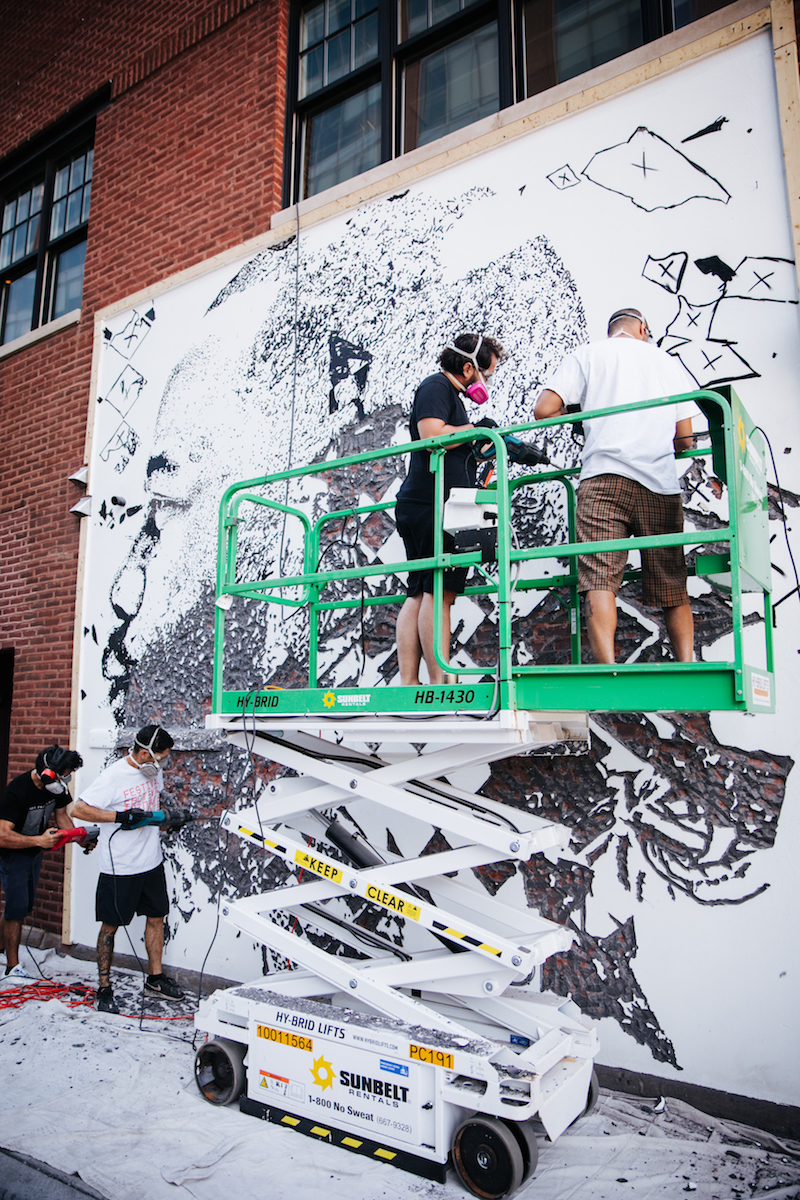 The Chicago launch party of the Vhils Hennessy bottles was also the kickback for the debut of JoeFreshgoods’ mural also created by Vhils, which is permanently placed on the side of Morgan’s on Fulton. The event  featured performances from Valee and King Louie. The Chi’s Jacob Lattimore and Barton Fitzpatrick, Serayah were all spotted on the scene. 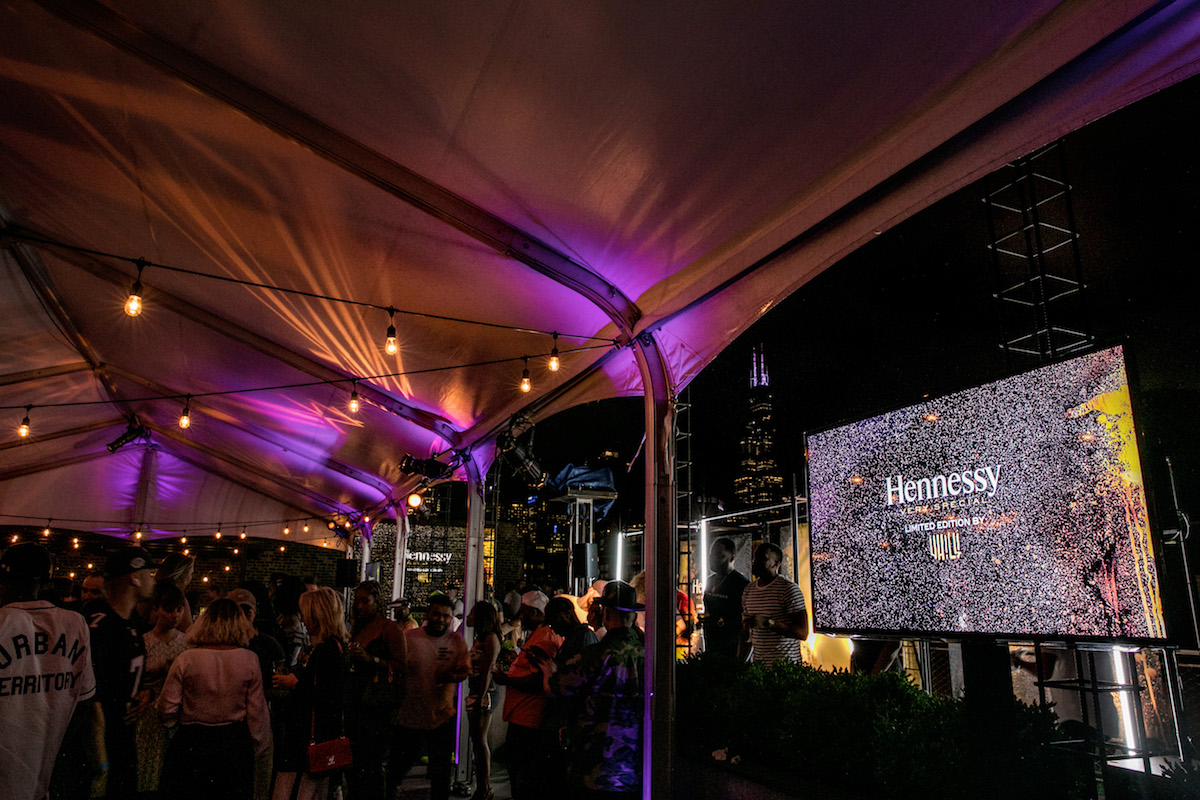 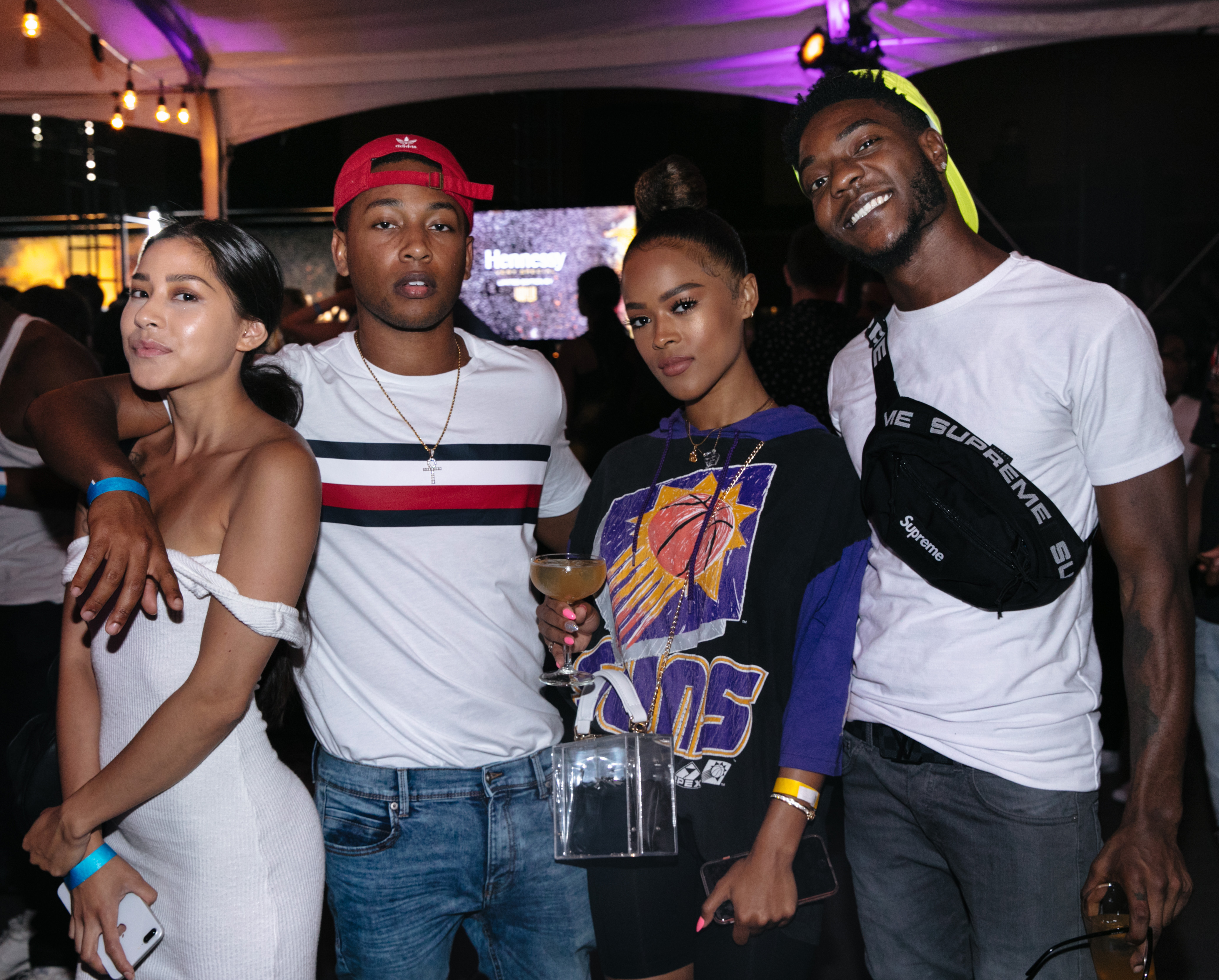 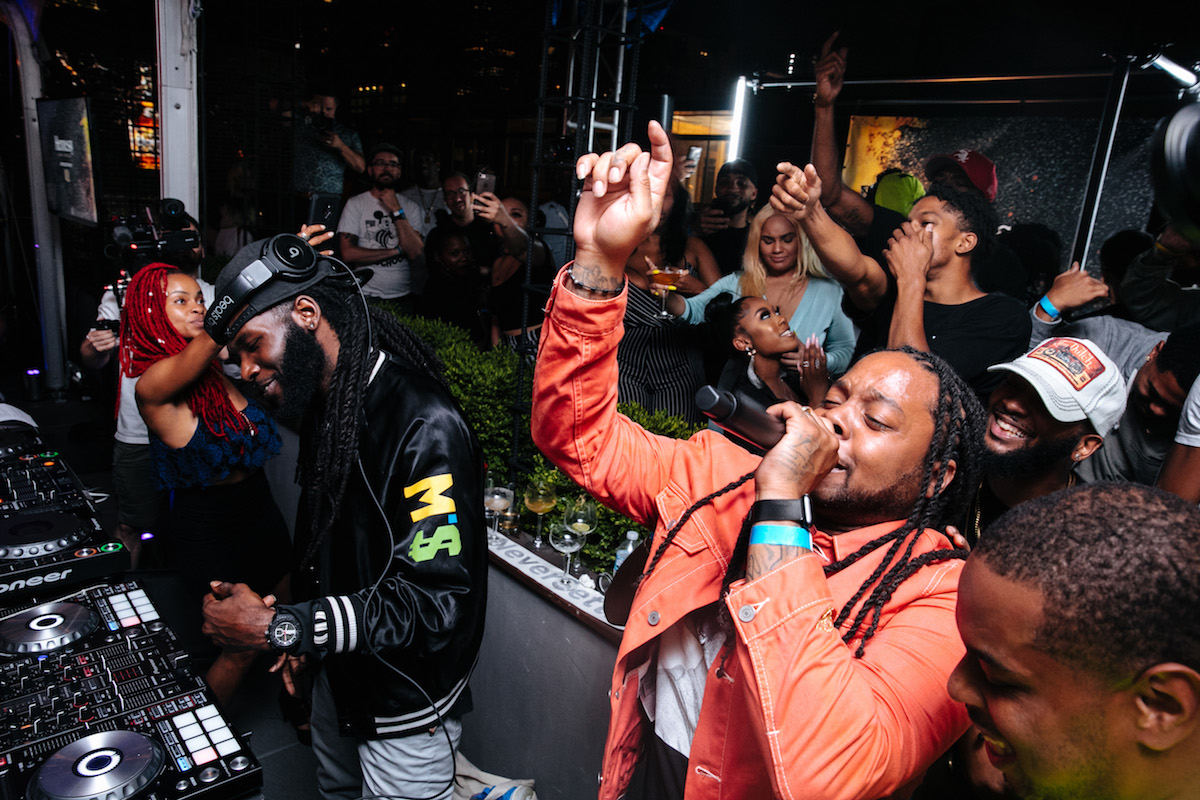 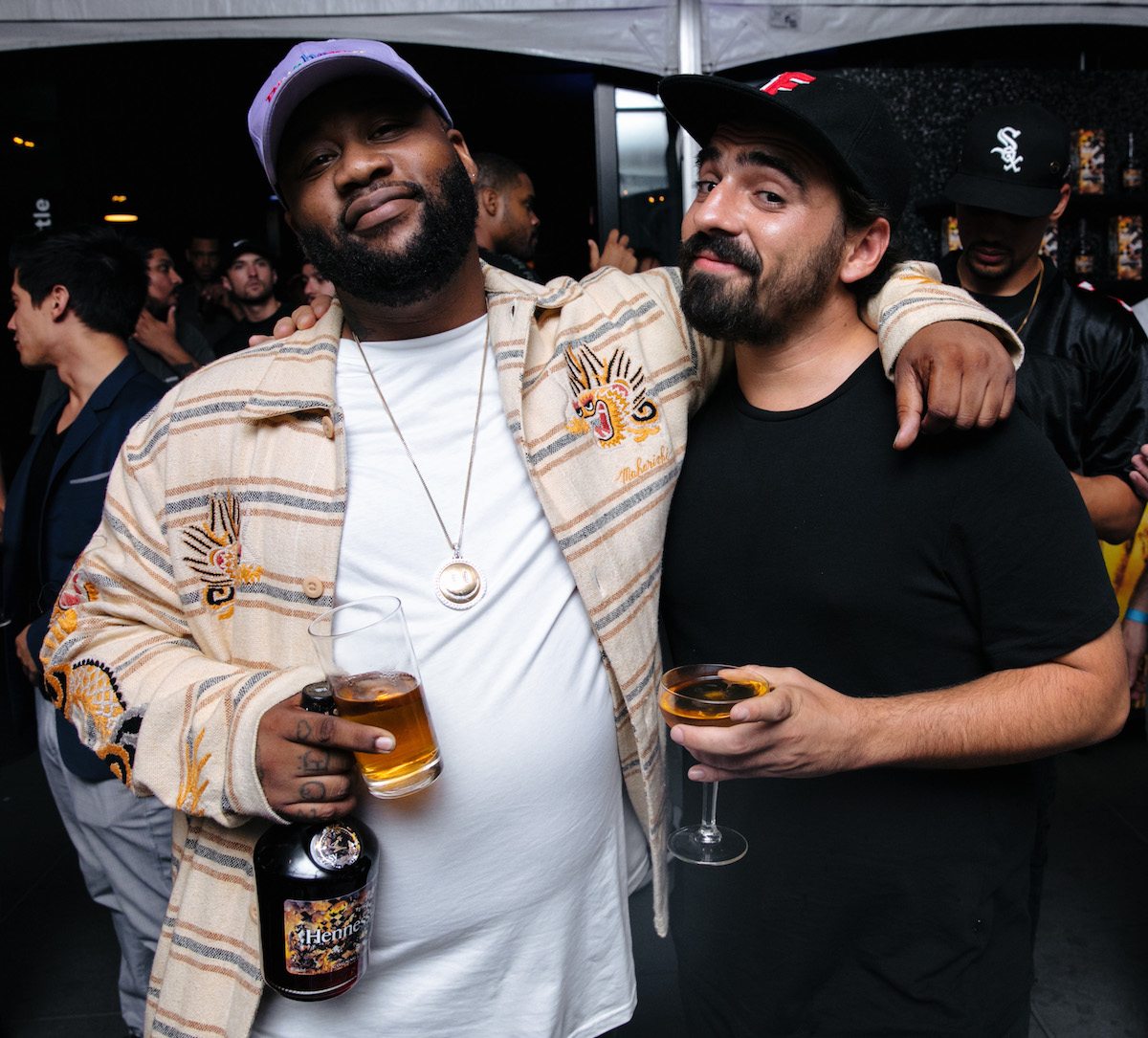 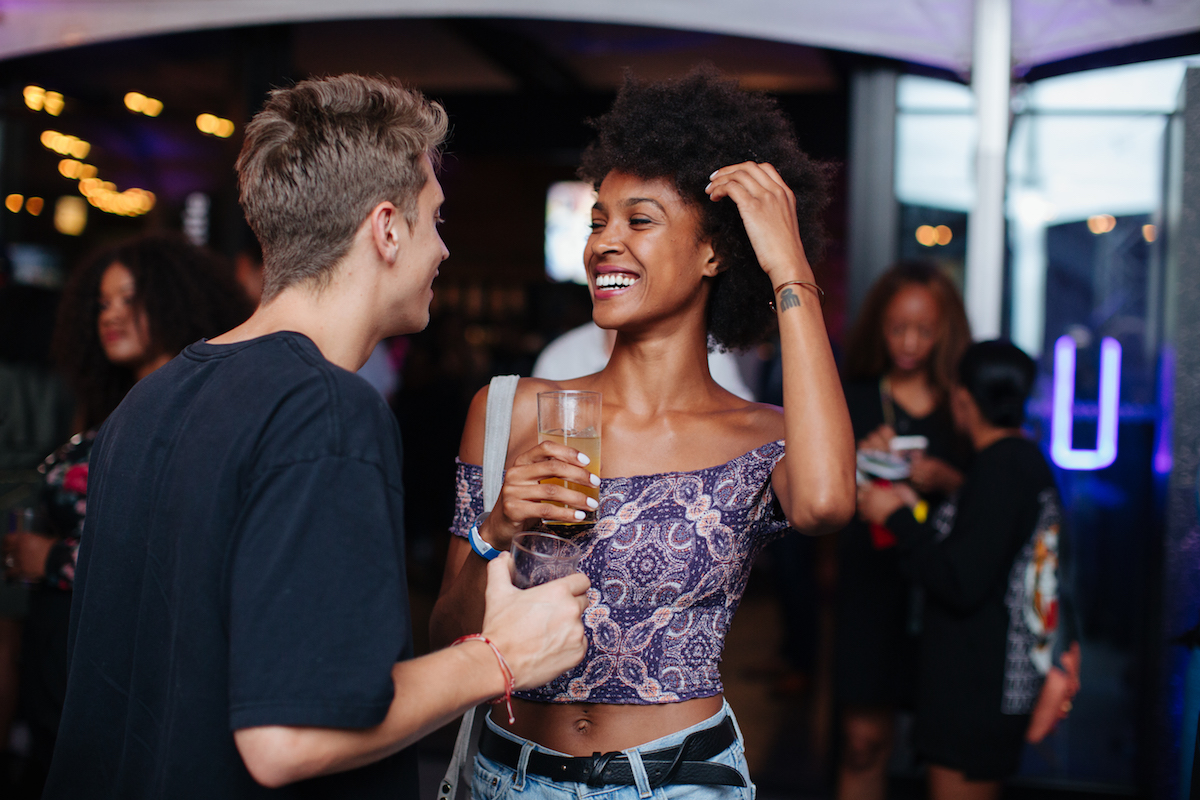 Vhils’ design for Hennessy V.S Limited Edition embodies themes of his signature work: making the invisible visible with the use of stencil painting, wall carvings, corrosive acids, pyrotechnic explosions, 3D modeling on complex, large-scale urban expressionism that push the boundaries of visual expression. The bottles, the eighth in an ongoing series of collaborations between Hennessy and several internationally renowned artists, are now available nationwide starting this month. 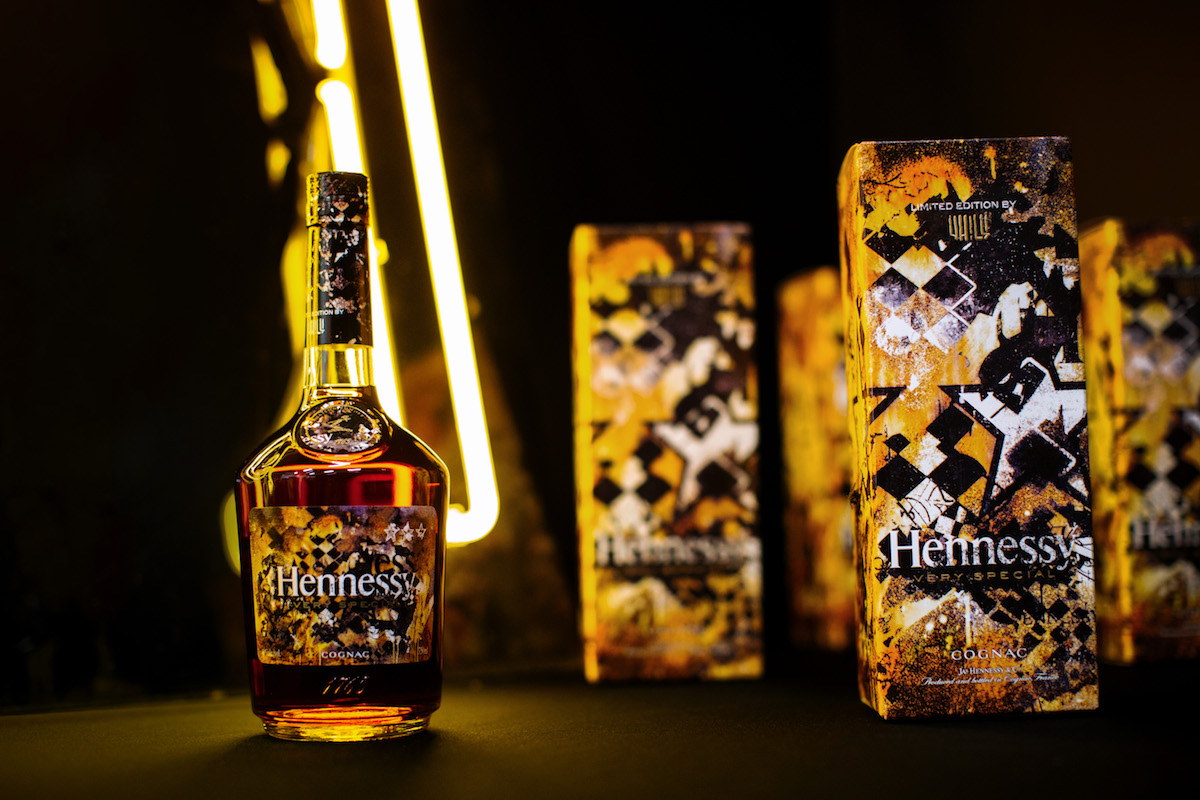