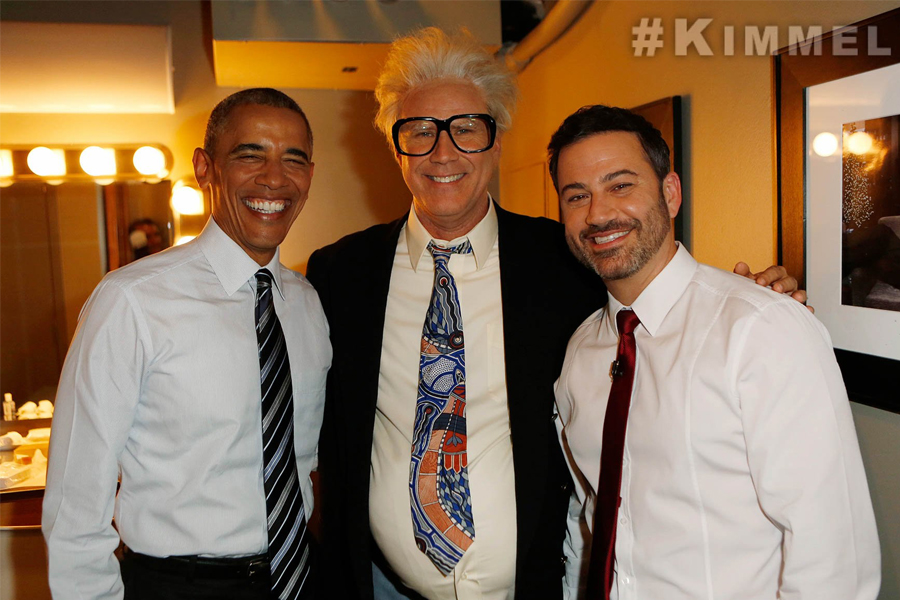 Miracles do happen and last night, after the Chicago Cubs sealed their fate into the World Series over the weekend, famous announcer Harry Caray (one of Will Ferrells greatest impressions on SNL might I add) was on the Jimmy Kimmel Show to talk Cubs, Wetzels pretzels, Presidential election, giving President Obama post presidential plans like opening up a shrimp shack and poking fun at once chubby Jimmy.

President Obama was also on the show and he didn’t hold back from his mean tweets savage AF mic drop response to @therealDonaldTrump, talking about the upcoming election and being taught snapchat by Sasha Obama. All we can say is these last few months in the office, the President is letting loose aye!
Donald Trump: “President Obama will go down as perhaps the worst president in the history of the United States!”
President Obama: “Well @realDonaldTrump, at least I will go down as a president.” ???