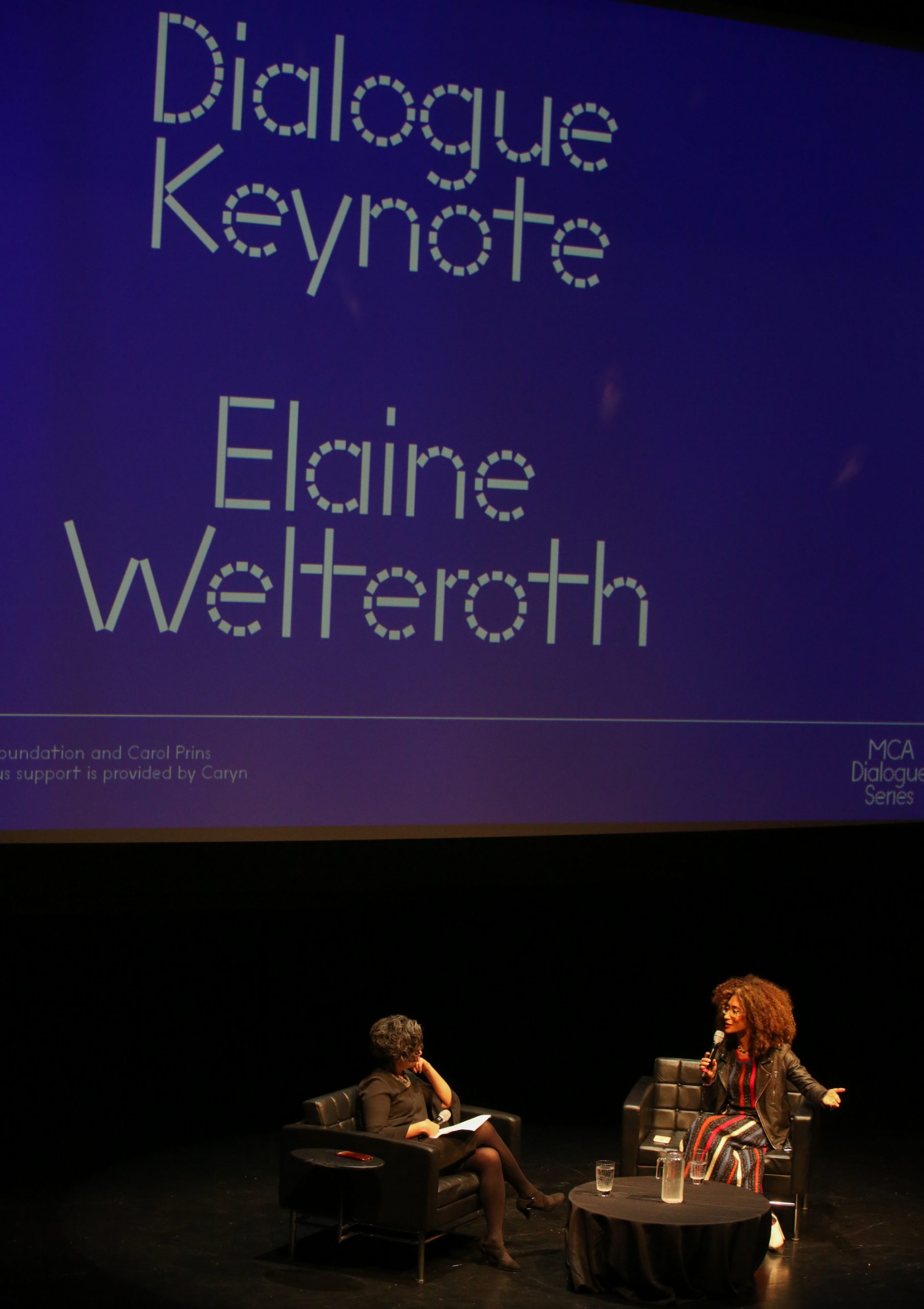 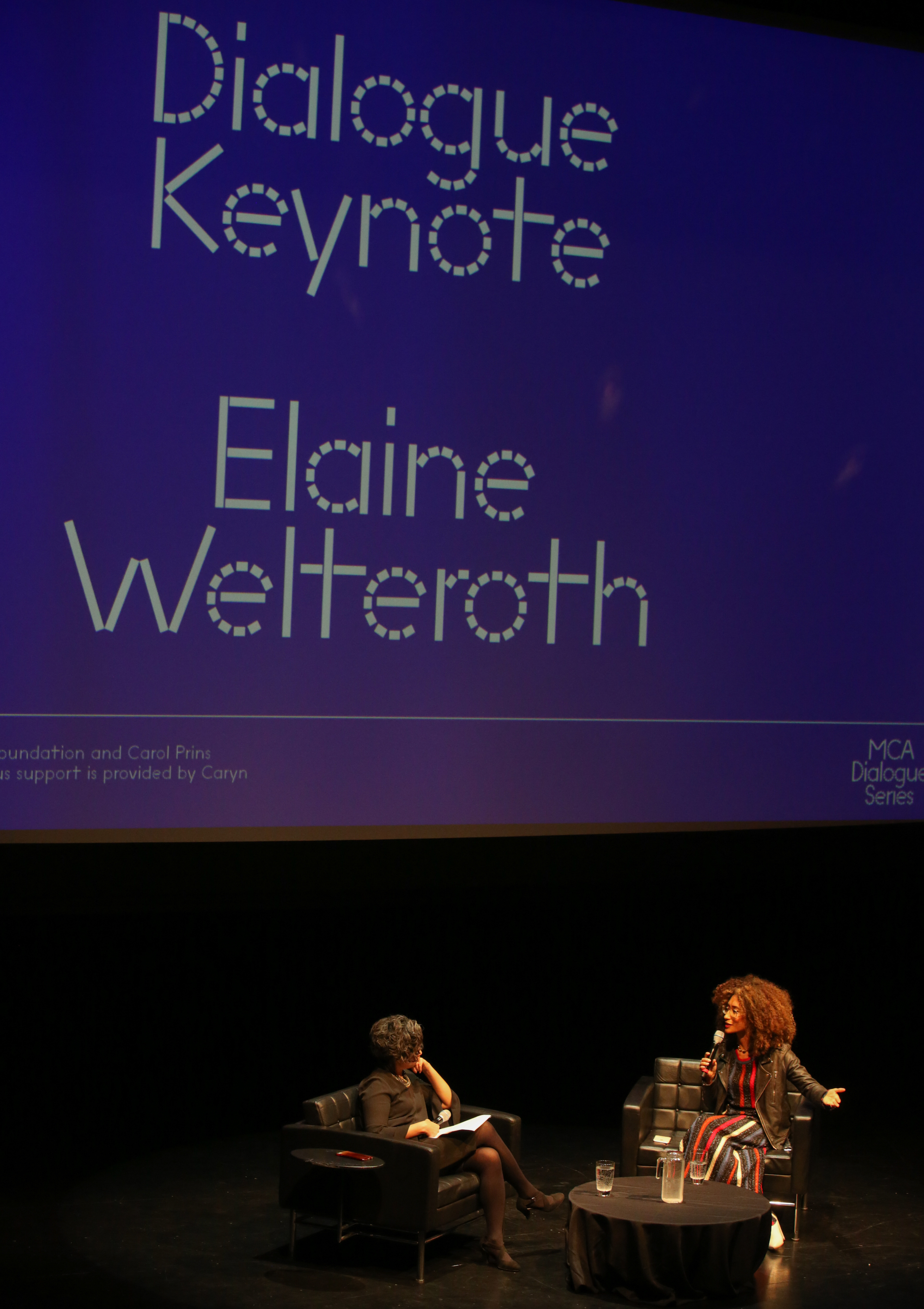 Have you, as a professional, especially one of color felt the need to conform or stifled your true authentic self in order to preserve your career or professional standing? You are not alone as we learned during the launch of MCA Chicago’s 2019 Dialogue series on Monday January with keynote from former Teen Vogue Editor-in-Chief Elaine Welteroth.

With so much of our world seeming to unravel before our eyes, it can be difficult to remember how incredible it is that we’re amidst the most connected generations. We know the latest, pettiest celebrity gossip and of the devastation in Yemen. We know of  global stock market fluctuation and of Indigenous Canadians continuing to fight oppression. Of political races across several states and across the globe. Having this mass access to knowledge can allow for greater empathy and stronger connections to issues globally. But, it can also leave us in this sea of overwhelming realization that we can’t remedy every problem, each day is something new, and those currents start to chip away at us. Whether you’re experiencing this now, or have spent years grappling with the feeling, it’s ever-more necessary to have spaces that bring a sense of calm and hope. For an hour at the Museum of Contemporary Art, Elaine Welteroth’s Dialogue Series Keynote managed to still the waters. 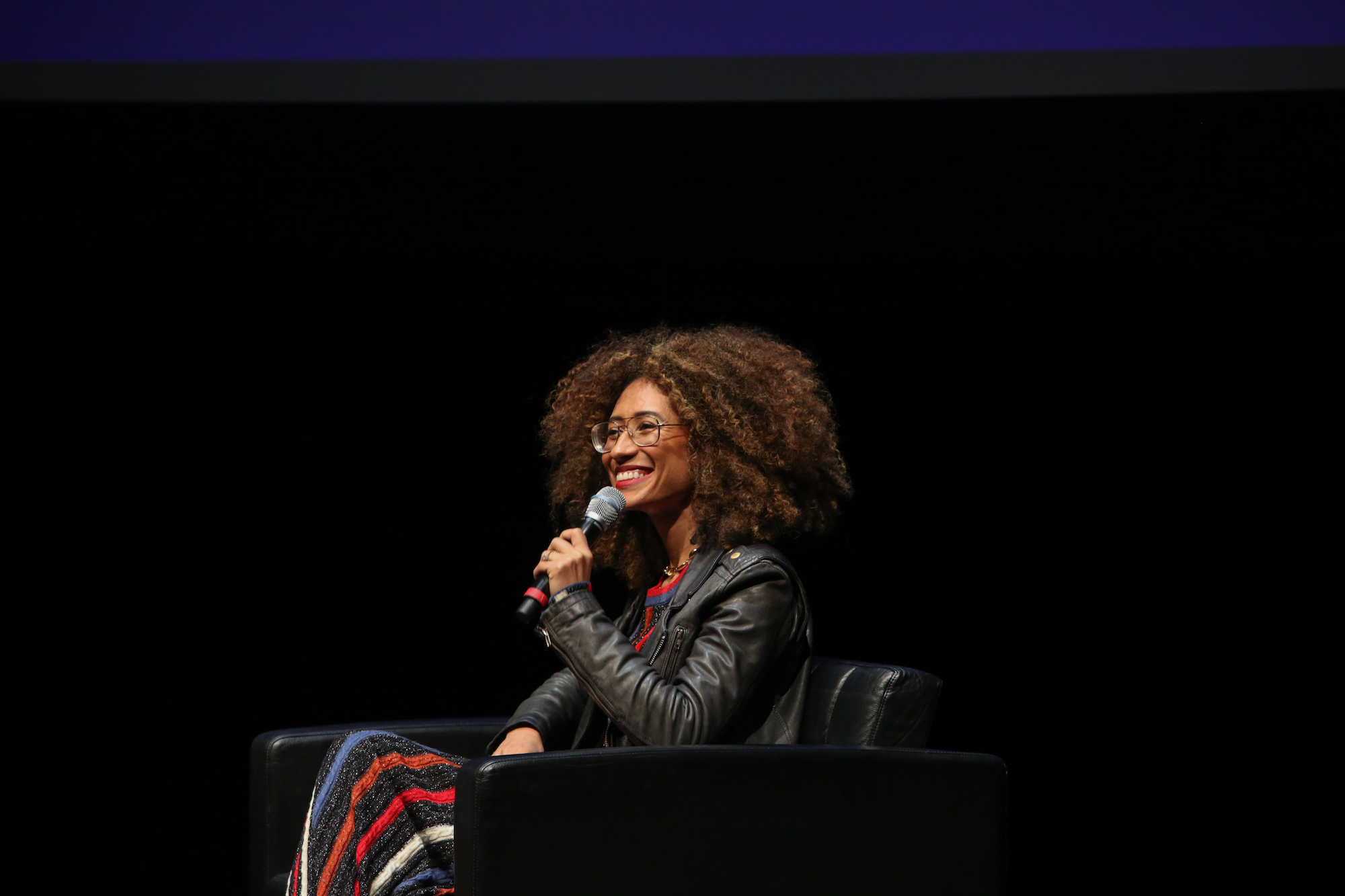 On January 14, Welteroth provided the keynote opening of the series in conversation with Marissa Reyes, MCA’s Director of Learning and Public Programs, where discussion touched upon the next generation of change makers and ways that our identities can affect our career paths. Welteroth, the former Editor in Chief of Teen Vogue, who was pivotal in ushering the magazine into a new era of covering more political and personal stories to better serve young audiences interested in justice work, was the youngest person and only the second African-American to hold an EIC title at Condé Nast in its nearly 110-year history. We’ll soon see Elaine Welteroth as one of the new Project Runway judges for its revamped 17th season. 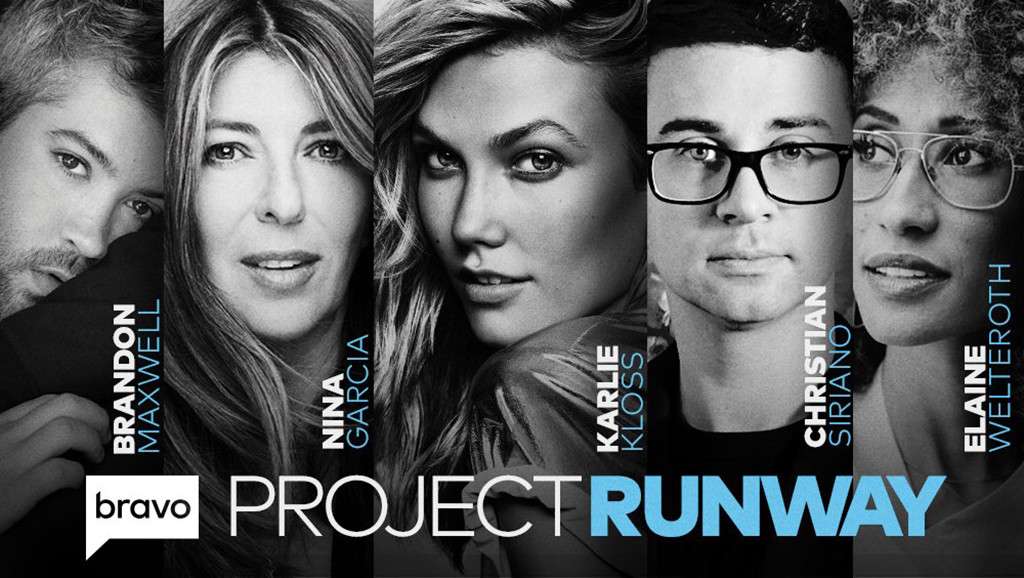 She began her talk with a warm shout-out to Chicago, as she got her start with Ebony Magazine working under Harriet Cole. Ebony, she said, was where she learned how to be a journalist and how she got her passion for elevating outsider voices. At the same time, she was also trying to conform to standards that were typical of journalism. It wasn’t until she started at Teen Vogue as their Beauty Director, that she started to feel a responsibility to be her authentic self in her writing. Seeing “Elaine Welteroth, first Black Beauty Editor in Condé Nast history,” helped her continue on the path of writing about different peoples’ experiences. Welteroth and Reyes offered a key piece of advice for all of us hoping to make a difference: Change doesn’t happen without setting your intentions. 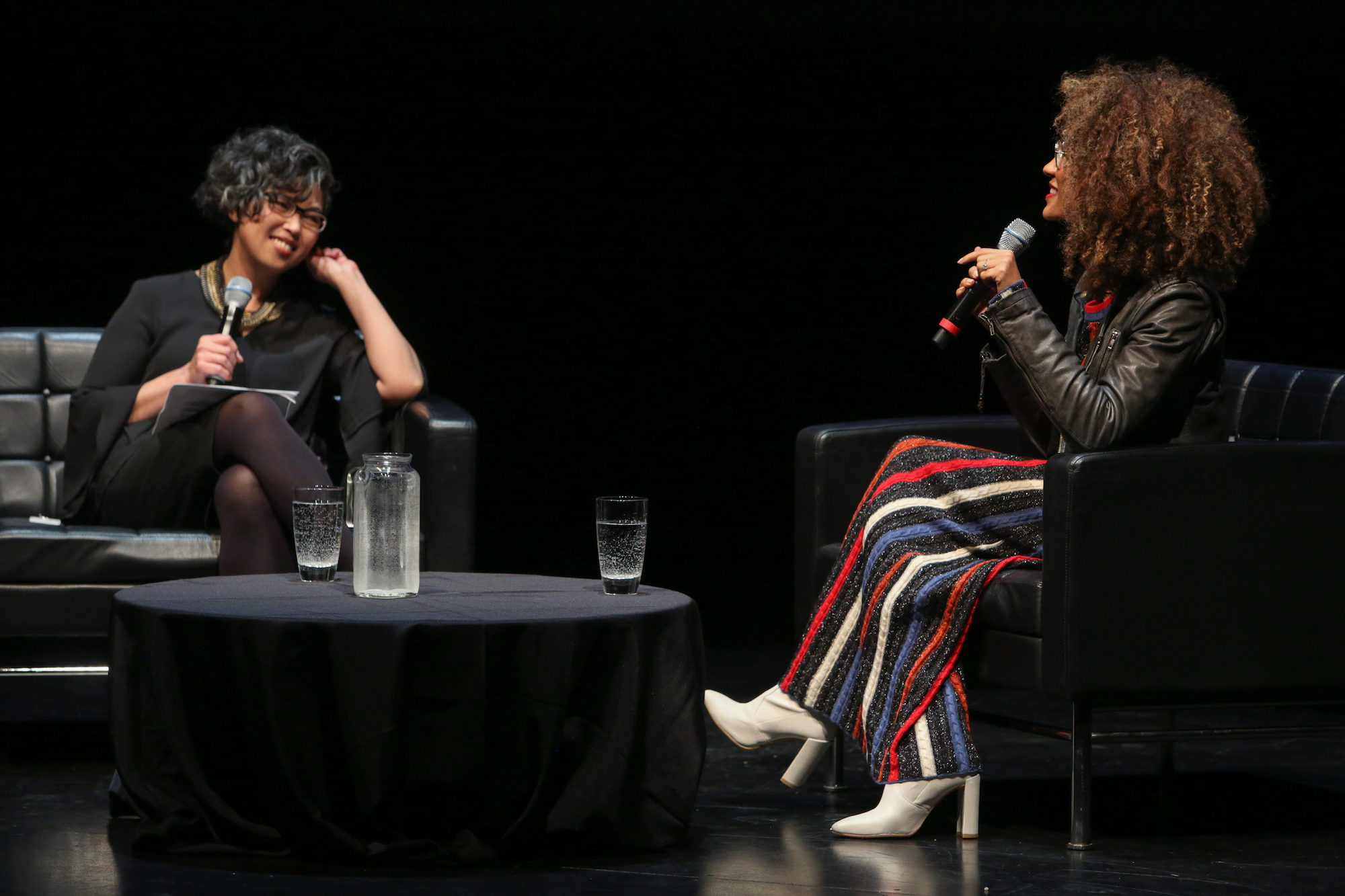 Reyes asked how one brings their values into the workplace, especially those that operate on Traditions. Welteroth shared her own process stepping into the EIC role, and feeling bored with the landscape of journalism at the time. She made a few new hires, including a man for the Beauty Editor role, and focused on stories that could use beauty as a tool to start conversations about inclusion and otherness. She and her team thought, why not start doing this important work at a time when a lot of print media is writing a lot of the same material. Before, if felt as if you had to choose between covering pop culture and culturally conscious work. Teen Vogue, though, started to dissolve those boundaries, which worked successfully as they gained a new wave of followers and relevance. To be relevant in the coming years, it’s vital to include young voices and feature those voices on the outskirts. She later paints a portrait of the next generation of change makers based on her experiences working with them. This is a generation that cares so deeply about being heard, and who envision themselves as change makers. They’re smarter, more open, more goal-oriented. These are people who consider themselves activists and creatives, no matter their job description.

Identifying your personal mission regardless of your job stood out as an important point during the Keynote. “What is your zone of genius?” Welteroth invited all of us to consider, to think about how our own work serves that mission. In her journalism, she’s found a way to craft that mission as its own entity and to perform activism in her own unique way. When speaking with young people, she learned through them that activism could be defined as: a need to know, a need to help, and a need to act. Where activism seemed to strict and exclusive, it now became accessible to anyone with these simple goals in mind. Activism can simply be existing in a space that wasn’t made for you, even dressing or speaking in a way that’s authentic to you, but seen as “unprofessional.”For her, one of the most important actions an organization can take is transforming narratives through the people who create them. “In order to change the stories,” she says, “you need to change the storytellers.” And so, she did, and in doing so, Teen Vogue changed for the better and likely influenced other media organizations to reconsider their own ways of covering stories. 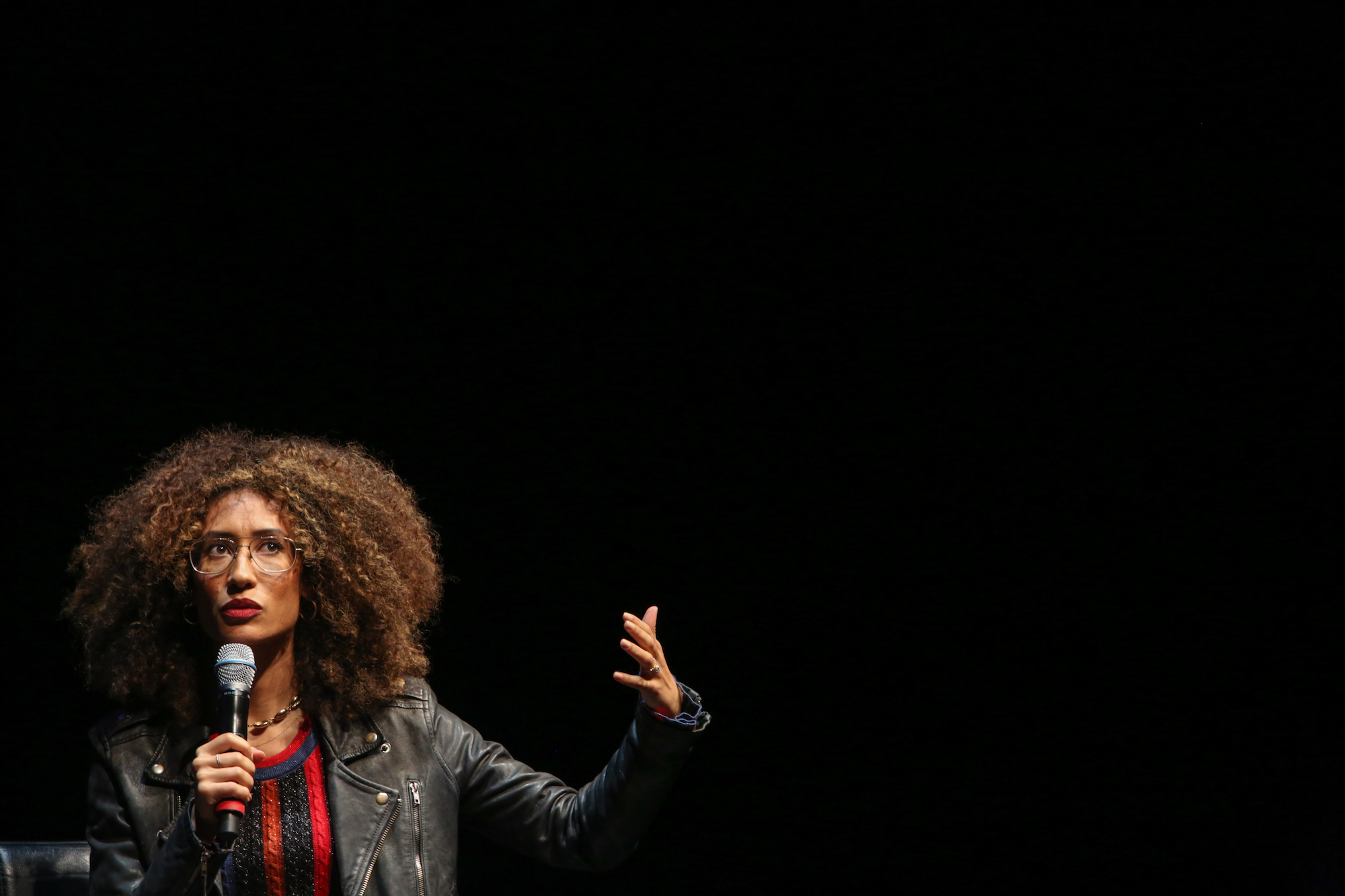 One of the audience members asked how Imposter Syndrome shaped her life and how she has grown from it. This nagging thought that you don’t really belong in a space, or don’t deserve the good things happening is a pervasive one that so many experience. Having a term for it that’s more commonly known also gives us a chance to be more open about speaking on these experiences so that we can grow past it as collectives rather than trying to struggle through it alone. The process of moving beyond Imposter Syndrome starts with retraining our minds to see ourselves as being worthy in whatever space we’re in. For Black women in particular, Welteroth shared that because we haven’t had the role models in place to even envision ourselves in different positions, it’s hard to feel like we deserve it. In addition, the lack of role models means that when we’re out making our own waves, we have to rewrite the rules and figure out methods of success that work for us. Sometimes, trying to emulate white men’s approaches to success don’t work, and in finding what does, we have to do the work of unraveling these damaging narratives that have been ingrained in us. 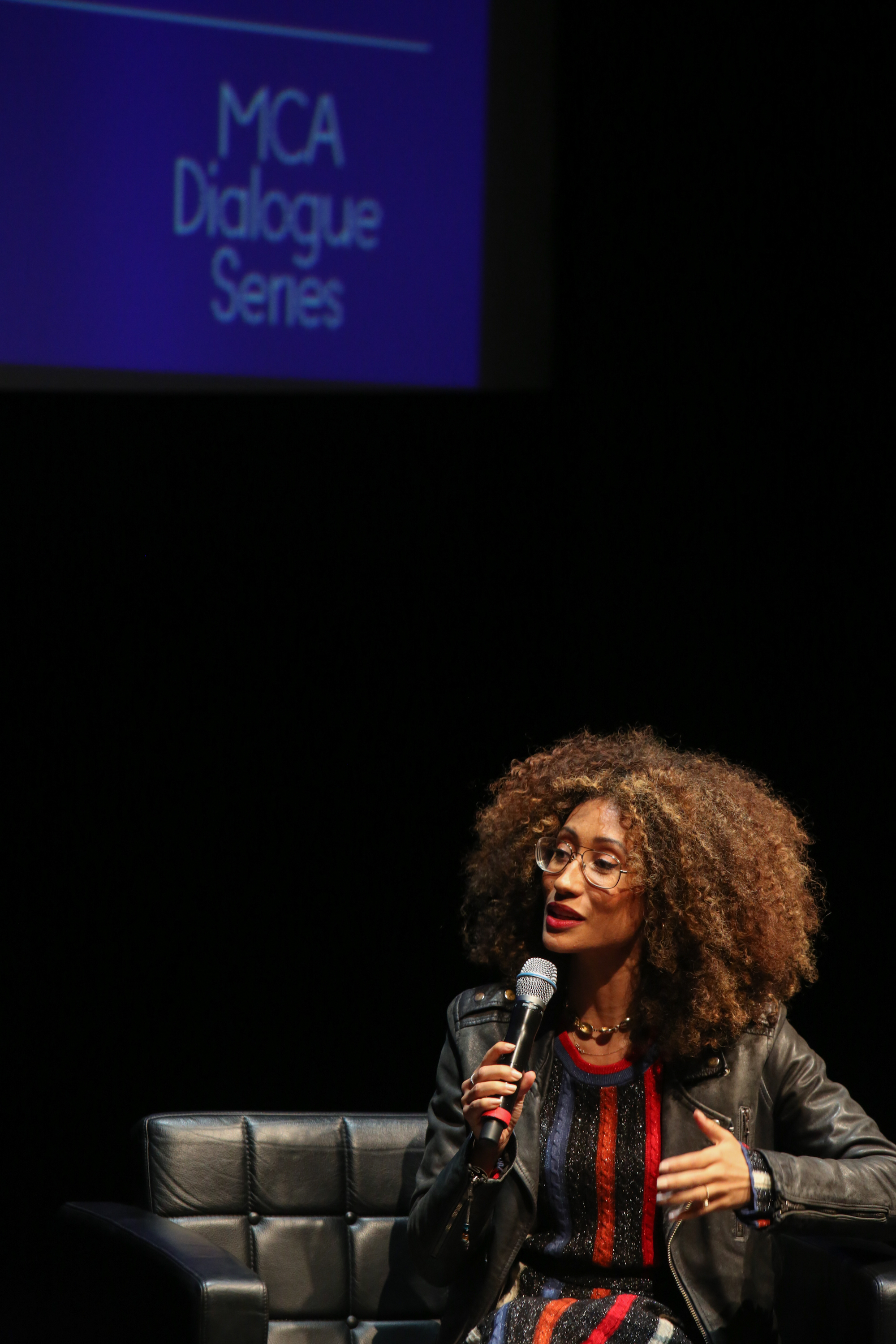 To conclude the talk, Reyes asked what Welteroth’s hope for the change makers in 2019. She encourages us to continue pushing for change and pushing back against political aggression. And as we do so, it’s critically important “to build communities that are going to stick together, because it might get worse before it gets better. And when it does get better, it’s still going to get worse again.” Having these communities, tribes, friendships, gives us that reminder that there are people with shared experiences, and more importantly, people who can support you. She hopes the younger people especially will start building their own platforms that will house even more safe spaces so that this momentum of change can continue for their children and their children’s children. Welteroth also announced her upcoming book being released June 11, hoping it can serve as another tool people can use to have better conversations with one another. Welteroth and Reyes in conversation helped set the tone for the future of this Dialogue Series, which will be in the form of open dialogues in their Commons and a panel forum.  The MCA’s 2019 Dialogue Series will feature three events meant to inquire “about museum practice, access, and inclusion.” Check out their calendar for Dialogue dates, and stay tuned for more SLC coverage of the MCA’s future events.