I love everything about Chicago, even more when people or places of our fair city get recognized. Town & Country Magazine’s  September issue featured not one but 2 Chicago Connections. 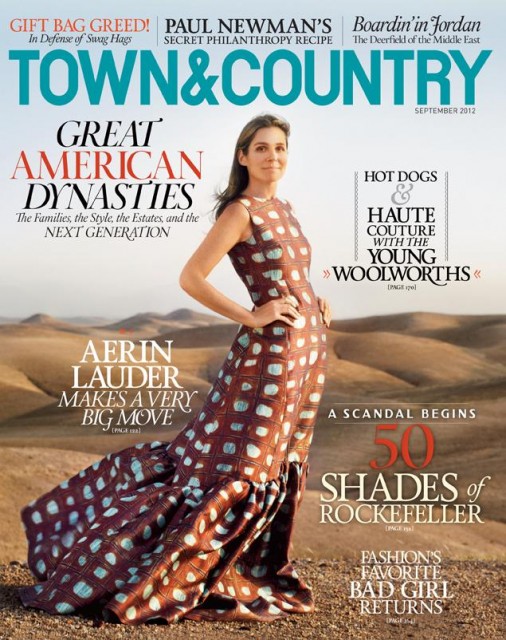 A 5 page spread on Chef Charlie Trotter written by Jay McInerney touches on not only on how he helped make Chicago a foodie mecca it also touched on his philanthropic work and well as his love for wife Rochelle. It’s a piece worth reading. The other Chicago connection is Ebs Burnough,
the former White House deputy social secretary who is now Communications Director for AERIN. This is awesome because Mr. Burnough is a mainstay on  Chicago’s social philanthropy scene, having captured him at a few events this year.  I can’t wait to see this line, it looks luxuriously non-fussy. Another great article from that issue was a piece by Ali Wentworth(George Stephanopoulos’ wife) on the allure of the gift bag. Anyone that’s been to a party, no matter how high-low end can relate to the want to grab a gift bag(or 2 in some people’s case).  Pick up a copy or subscribe on your ipad 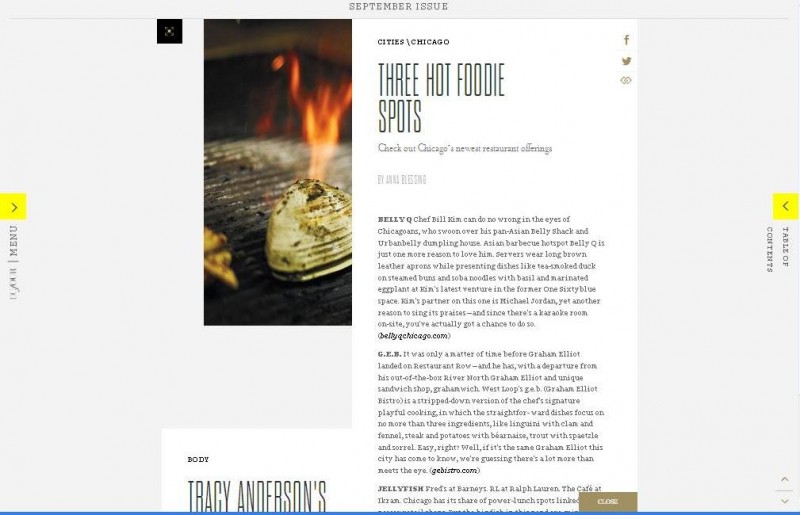 DuJour magazine finally launched! The much anticipated new mag concept from Jason Binn, media maverick behind Niche Media has something  that is sure to please the avid magazine reader. Mr. Binn and his DuJour team have found a way to strike a balance by launching a print and online publication. The online version, which debuted yesterday via GiltGroupe really captures the essence of a glossy. The ads seem very un-intrusive and the articles succint and informative. Chicago is well represented with pieces on April Francis (not sure “stylist” encompasses her coolness) as well as 3 food spots (G.E.B, Belly Q and Jellyfish) view DUJOUR