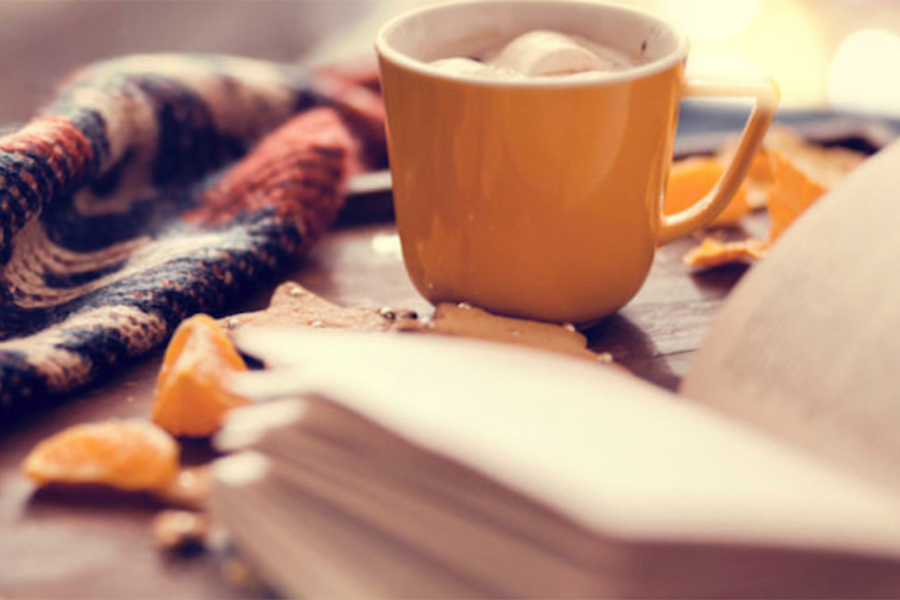 Hotness in The News: 7 news Stories After 7

Cooler weather in Chicago means cozy fall days are just around the corner, allowing us to embrace our inner basic selves. So as you throw on your leggings and curl up with a fresh pumpkin spice latte, don’t forget to grab one of the season’s best new books from SociaLifeChicago’s fall reading list.

We’ve compiled a list of the books we can’t wait to curl up to or recommend at our next book club gathering this fall season and we’ve found something for all tastes, including a book by Chicago native and U of I alum Luvvie Ajayi, a cookbook from one of our favorite WAGS Ayesha Curry and a few other guilty pleasures to tide you over while you wait for warmer weather to come back.

I’m Judging You: The Do Better Manual by Luvvie Ajayi 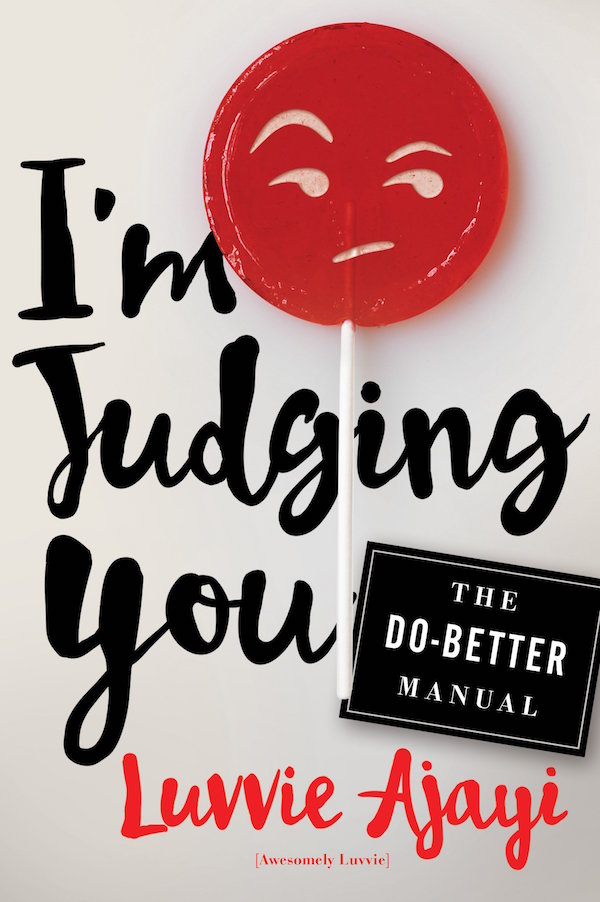 With over 500,000 readers a month at her enormously popular blog, AwesomelyLuvvie.com, Luvvie Ajayi is a go-to source for smart takes on pop culture. I’m Judging You: The Do Better Manual is her debut book of humorous essays that dissects our cultural obsessions and calls out bad behavior in our increasingly digital, connected lives―from the importance of the newest Shonda Rhimes television drama to serious discussions of race and media representation, to what to do about your foolish cousin sharing casket pictures from Grandma’s wake on Facebook.

The Girl With The Lower Back Tattoo by Amy Schumer

Ranging from the raucous to the romantic, the heartfelt to the harrowing, this highly entertaining and universally appealing collection is the literary equivalent of a night out with your best friend—an unforgettable and fun adventure that you wish could last forever. Whether she’s experiencing lust-at-first-sight while in the airport security line, sharing her own views on love and marriage, admitting to being an introvert, or discovering her cross-fit instructor’s secret bad habit, Amy Schumer proves to be a bighearted, brave, and thoughtful storyteller that will leave you nodding your head in recognition, laughing out loud, and sobbing uncontrollably—but only because it’s over.

The Kept Woman: A Novel by Karen Slaughter 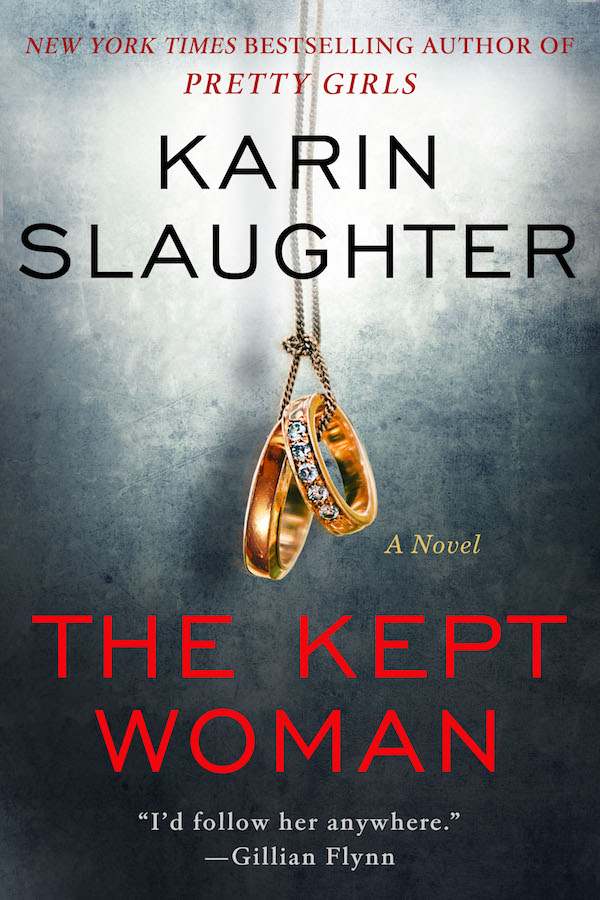 With the discovery of a murder at an abandoned construction site, Will Trent of the Georgia Bureau of Investigation is brought in on a case that becomes much more dangerous when the dead man is identified as an ex-cop. 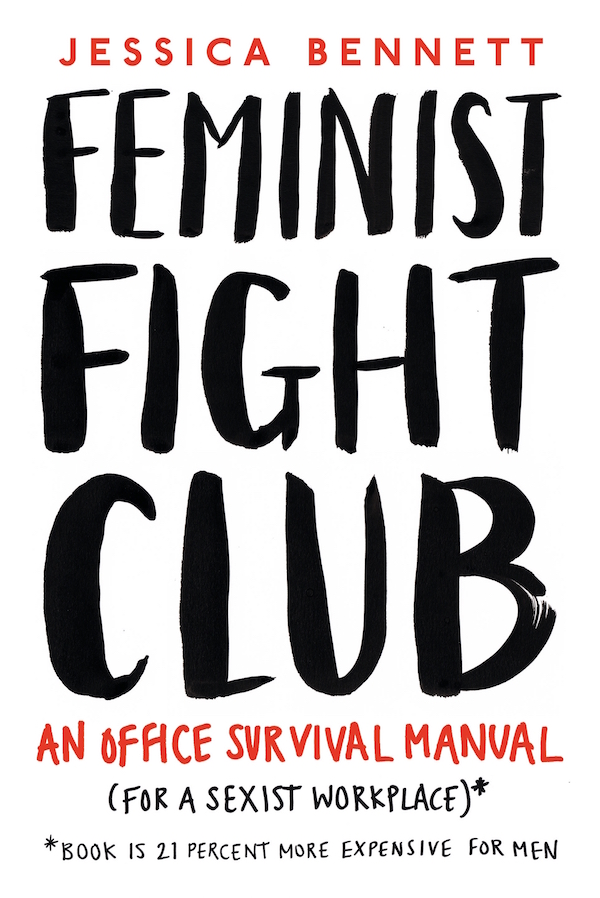 The Seasoned Life: Food, Family, Faith, and the Joy of Eating Well 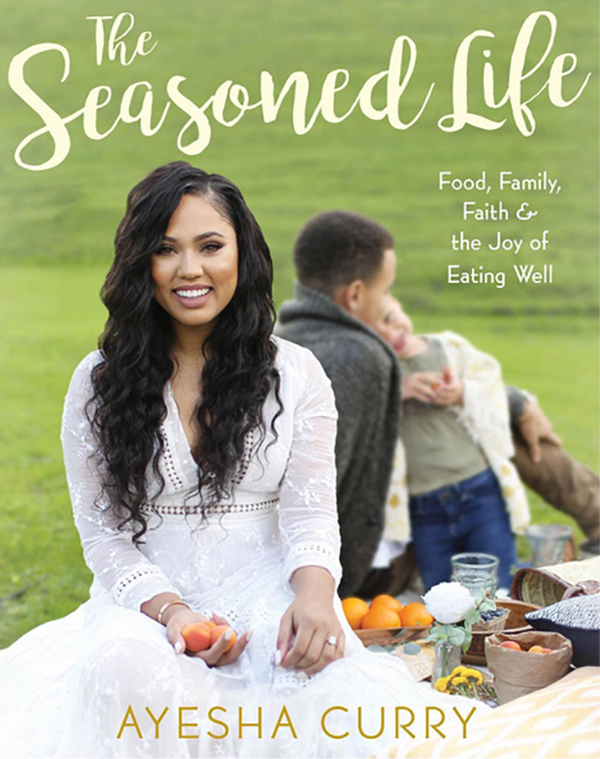 In The Seasoned Life Ayesha Curry will share 100 of her favorite recipes and invite readers into the home she has made with her two daughters and her husband Stephen Curry. Ayesha knows firsthand what it is like to be a busy mom and wife, and she knows that for her family, time in the kitchen and around the table is where that balance begins. 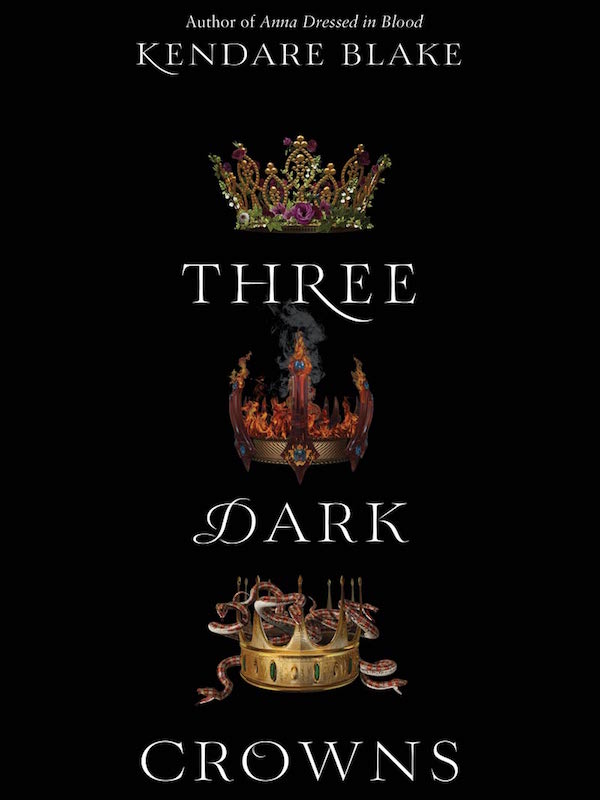 In every generation on the island of Fennbirn, a set of triplets is born: three queens, all equal heirs to the crown and each possessor of a coveted magic. But becoming the Queen Crowned isn’t solely a matter of royal birth. Each sister has to fight for it. And it’s not just a game of win or lose…it’s life or death. The night the sisters turn sixteen, the battle begins.

The Regulars by Georgia Clark 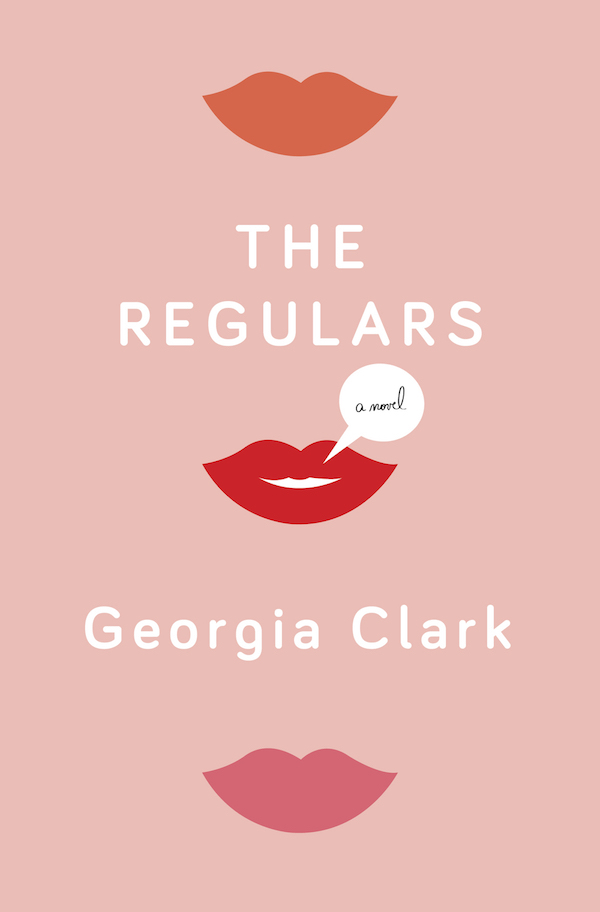 Best friends Evie, Krista, and Willow are just trying to make it through their mid-twenties in New York. They’re regular girls, with average looks and typical quarter-life crises: making it up the corporate ladder, making sense of online dating, and making rent.

Until they come across Pretty, a magic tincture that makes them, well…gorgeous. Like, supermodel gorgeous. And it’s certainly not their fault if the sudden gift of beauty causes unexpected doors to open for them.

The Subtle Art of Not Giving a F*ck: A Counterintuitive Approach to Living a Good Life by Mark Manson 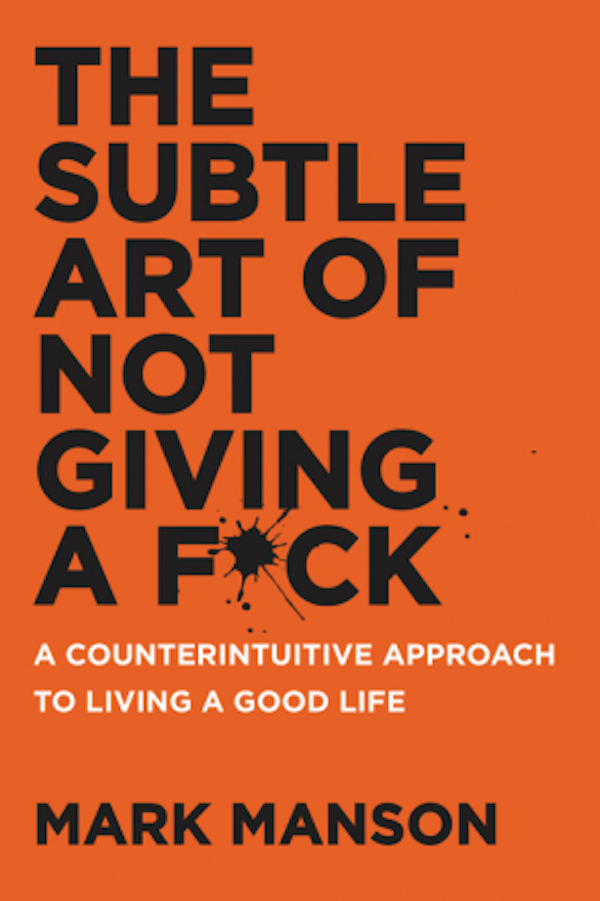 There are only so many things we can give a f**k about so we need to figure out which ones really matter, Manson makes clear. While money is nice, caring about what you do with your life is better, because true wealth is about experience. A much-needed grab-you-by-the-shoulders-and-look-you-in-the-eye moment of real-talk, filled with entertaining stories and profane, ruthless humor, The Subtle Art of Not Giving a F**k by popular blogger Mark Manson is a refreshing slap for a generation to help them lead contented, grounded lives. He wrote the book Models: Attract Women Through Honesty in 2011.

Please Enjoy Your Happiness: A Memoir by Paul Brinkley-Rogers 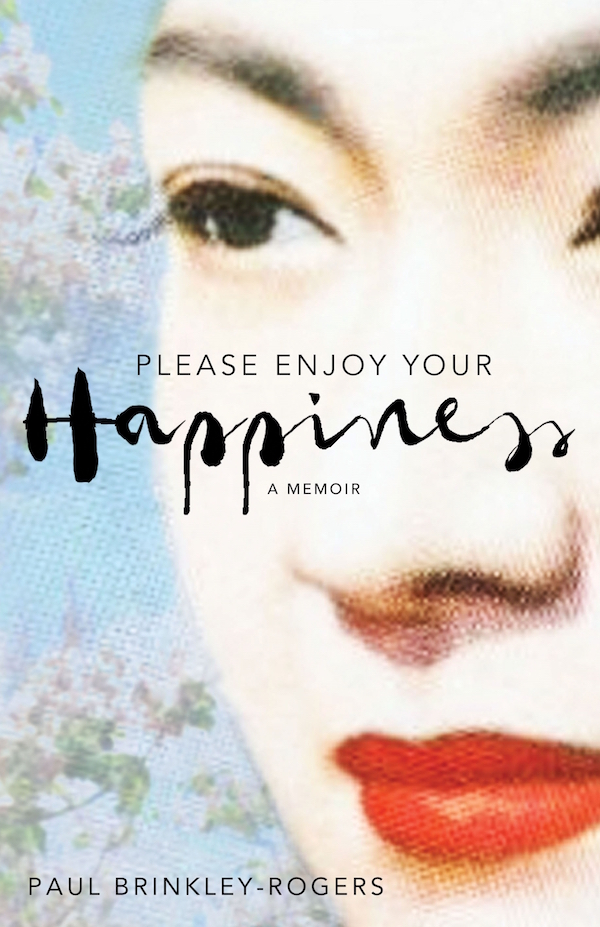 Please Enjoy Your Happiness is a beautifully written coming-of-age memoir based on the English author’s summer-long love affair with a remarkable older Japanese woman. Whilst serving as a seaman at the age of nineteen, Brinkley-Rogers met Kaji Yukiko, a sophisticated, highly intellectual Japanese woman, who was on the run from her vicious gangster boyfriend, a member of Japan’s brutal crime syndicate the yakuza. Trying to create a perfect experience of purity, she took him under her wing, sharing their love of poetry, cinema and music and many an afternoon at the Mozart Café. 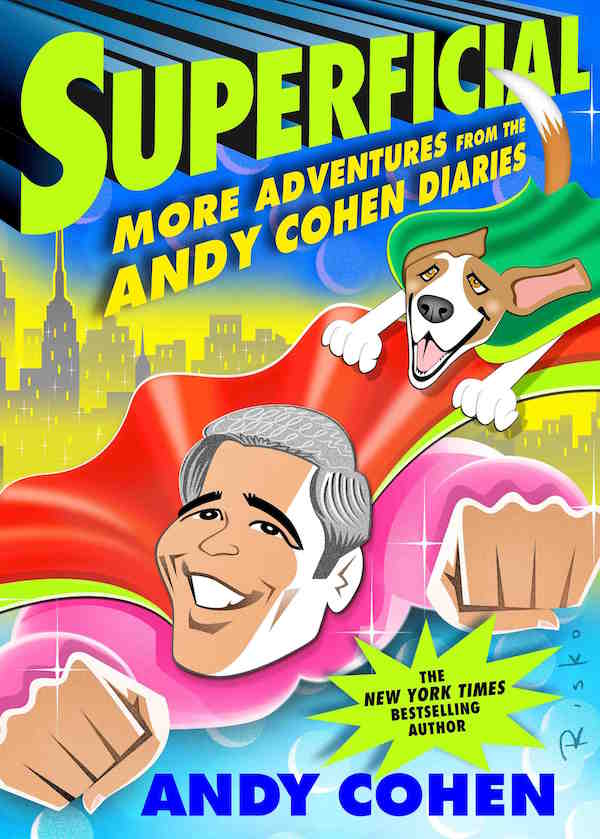 Since the publication of his last book, Andy has toured the country with his sidekick Anderson Cooper, hit the radio waves with his own Sirius station, Radio Andy, appeared on Real Time with Bill Maher despite his mother’s conviction he was not intellectually prepared, hosted NBC’s Primetime New Year’s Eve special, guest edited Entertainment Weekly, starred in Bravo’s Then & Now with Andy Cohen, offended celebrities with his ongoing case of foot-in-mouth disease, and welcomed home Teresa “Namaste” Giudice, from a brief stint in jail.

Leave Me: A Novel by Gayle Forman 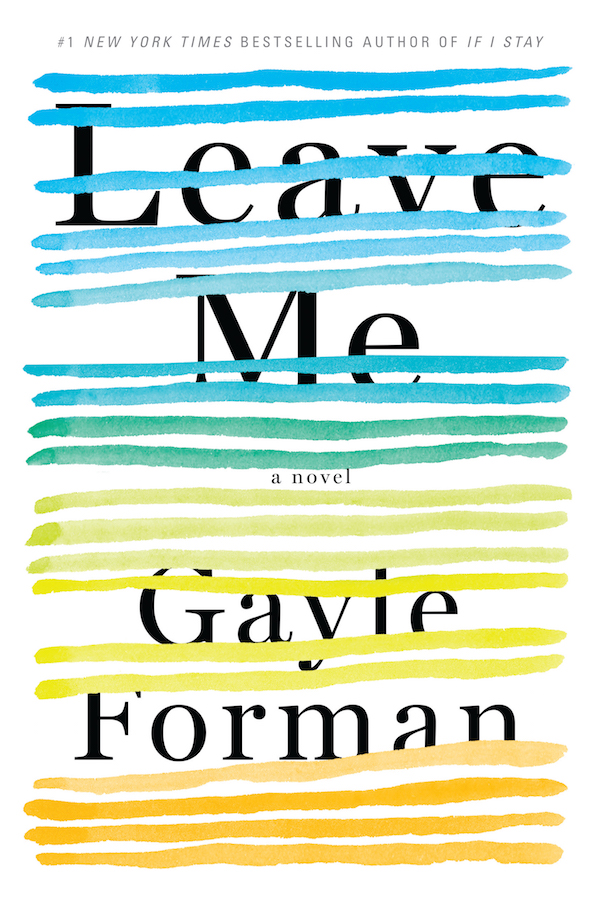 With bighearted characters–husbands, wives, friends, and lovers–who stumble and trip, grow and forgive, Leave Me is about facing the fears we’re all running from. Gayle Forman is a dazzling observer of human nature. She has written an irresistible novel that confronts the ambivalence of modern motherhood head on and asks, what happens when a grown woman runs away from home?

Born to Run by Bruce Springsteen 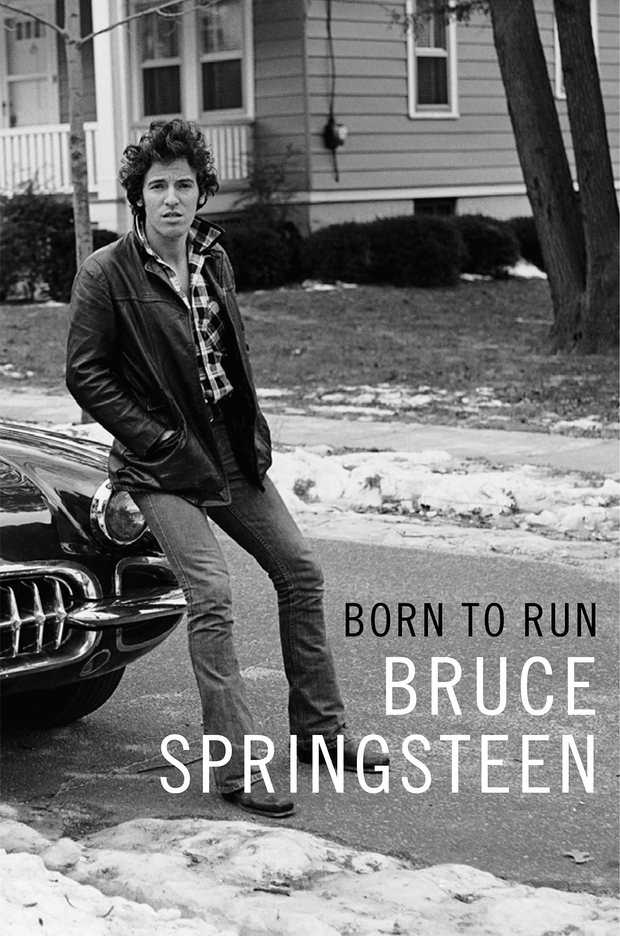 Bruce Springsteen writing about Bruce Springsteen. The Boss’s memoir, Born to Run, was inspired after he penned an essay about his experience performing at the Super Bowl halftime show in 2009 with the E Street Band. The experience was so exhilarating that Bruce decided to write about it. That’s how this extraordinary autobiography began. Over the past seven years, Bruce Springsteen has privately devoted himself to writing the story of his life, bringing to these pages the same honesty, humor, and originality found in his songs. He describes growing up Catholic in Freehold, New Jersey, amid the poetry, danger, and darkness that fueled his imagination, leading up to the moment he refers to as “The Big Bang”: seeing Elvis Presley’s debut on The Ed Sullivan Show. He vividly recounts his relentless drive to become a musician, his early days as a bar band king in Asbury Park, and the rise of the E Street Band. With disarming candor, he also tells for the first time the story of the personal struggles that inspired his best work, and shows us why the song “Born to Run” reveals more than we previously realized.

Fantastic Beasts and Where to Find Them: The Original Screenplay 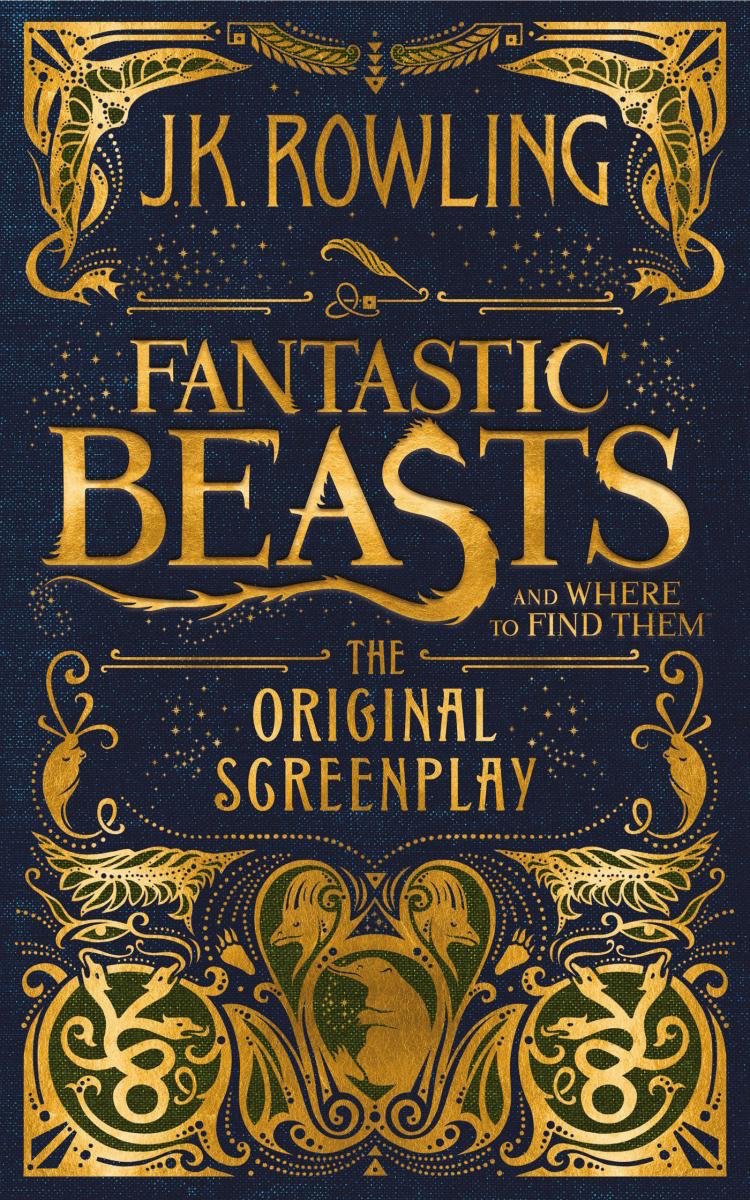 Fantastic Beasts and Where to Find Them marks the screenwriting debut of J.K. Rowling, author of the beloved and internationally bestselling Harry Potter books. Featuring a cast of remarkable characters, this is epic, adventure-packed storytelling at its very best.. When Magizoologist Newt Scamander arrives in New York, he intends his stay to be just a brief stopover. However, when his magical case is misplaced and some of Newt’s fantastic beasts escape, it spells trouble for everyone…

Hotness in The News: 7 news Stories After 7