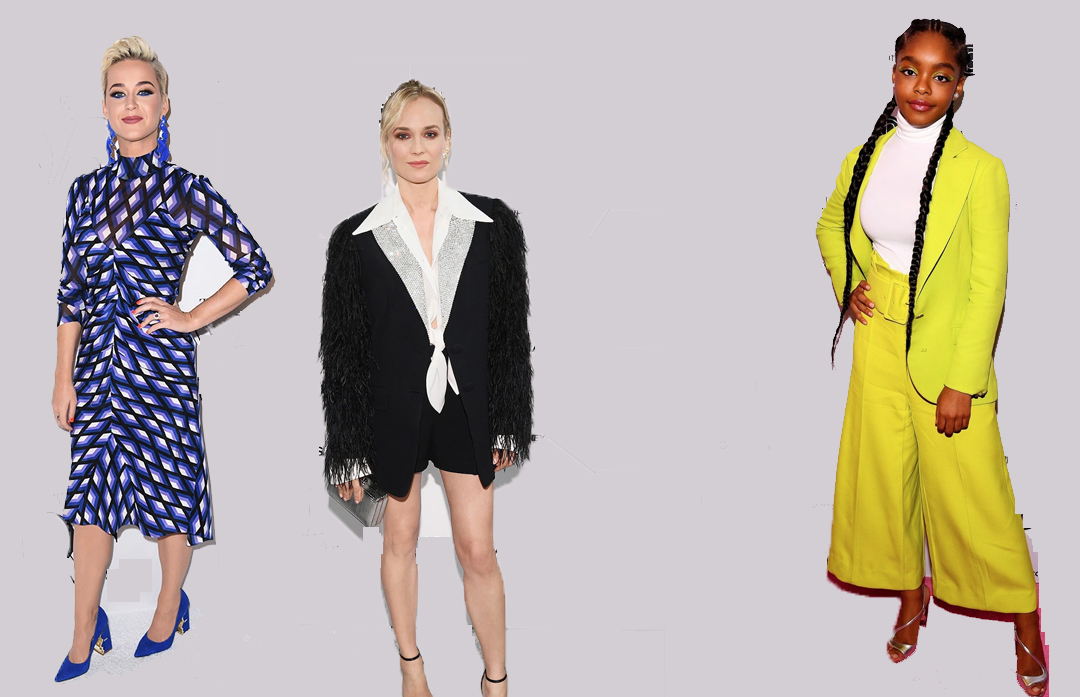 Even with the inundation of Instagram fashion influencers in our feeds, there’s something that still stands out and can never truly replace celeb styles and looks. Maybe its the fact that they can afford top notch stylists or they get their top choice of the most fashionable apparel, some not even in production yet. In addition to our daily Look of the Day picks featured in our AM newsletter Hotness In the News (sign up here) to the celebs we’ve spotted on the scene, we present to you a roundup of the best dressed celeb looks on the scene from this past week.

I didn’t realize or conceptualize just how tall Sophie Turner really was until seeing her in the stunning Louis Vuitton dress during a Belfast stop of Game of Thrones promotions. Sofia Carson’s choice for Giambattista Valli to the Los Angele ballet gala was perfect and so was Priyanka Chopra’s modern take on the skirt suit to the Women In the World summit. Find the rest of the picks of the best celebrity style to get inspired by this week below. 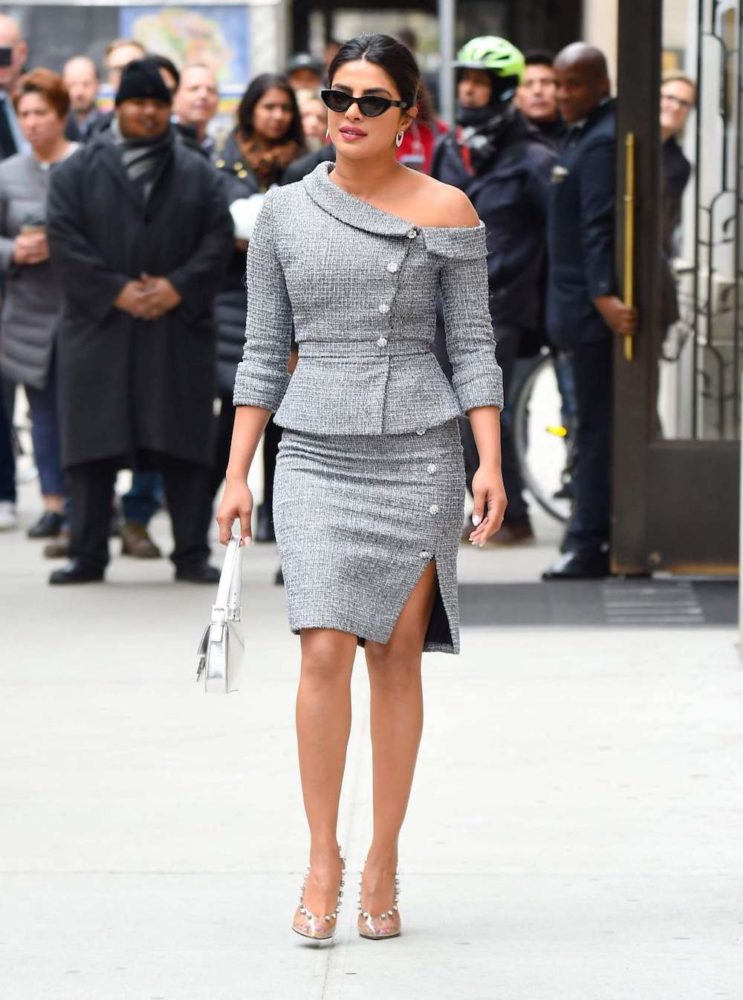 Diane Kruger in Micheal Kors. The new mum attended the Whitney Museum of American Art Gala and Studio Party. This is the inspiration for what I hope to wear to the upcoming artEdge gala in June.

Issa Rae, Marsai Martin and Regina Hall. Issa is a vision in this Balmain number styled by Jason Rembert who also styled the young powerhouse that is Marsai Martin in this custom Pamela Rolland look. Regina Hall is giving Grecian goddess vibes in this Ralph & Russo gown.

Kacey Musgraves attending the ACM Awards in Las Vegas in. Musgraves fashion choices have been hitting it out of the part and I love this unicorn vibes suit she wore for the ACM. Its a departure and breathe of fresh air from all the gowns that took over that red (blue) carpet.

Former First Lady Michelle Obama wearing Dundas at Oslo, Norway book stop. Michelle has been slaying since the start of her book tour and this pantsuit, which I am completely for and obsessed with for spring, is perfect and the Chicago connection lies there. Dundas is co-founded by Eve Bousis, partner to Peter Dundas.

Bella Thorne at the opening of the Moxy hotel in Chelsea, New York City. Red on red on red, didn’t think I would like a combo so red heavy but looking at Thorne, she nails it from head to toe (pun intended).

Naomi Ackie in Joseph at Star Wars celebration in Chicago Gabrielle Union in Christopher John Rogers at event honoring Ruth Carter. The event which took place Saturday April 13 was to celebrate the newly launched initiative Black Design Collective honoring Oscar wining costume designer Ruth E. Carter for her work on “Black Panther” and to present its first scholarship. According to WWD, it which aims to remove inequality in the fashion industry with resources such as mentorship and an e-commerce platform. Naomi Campbell in Balmain attending Marc Jacobs and Char wedding. Naomi Campbell is goals and you can fight me on that. She’s been in the game and slaying longer than some of you reading this have been alive. I love a good cape moment and this Balmain piece is perfect wedding guest for a fashion designer that also loves a good drama moment. 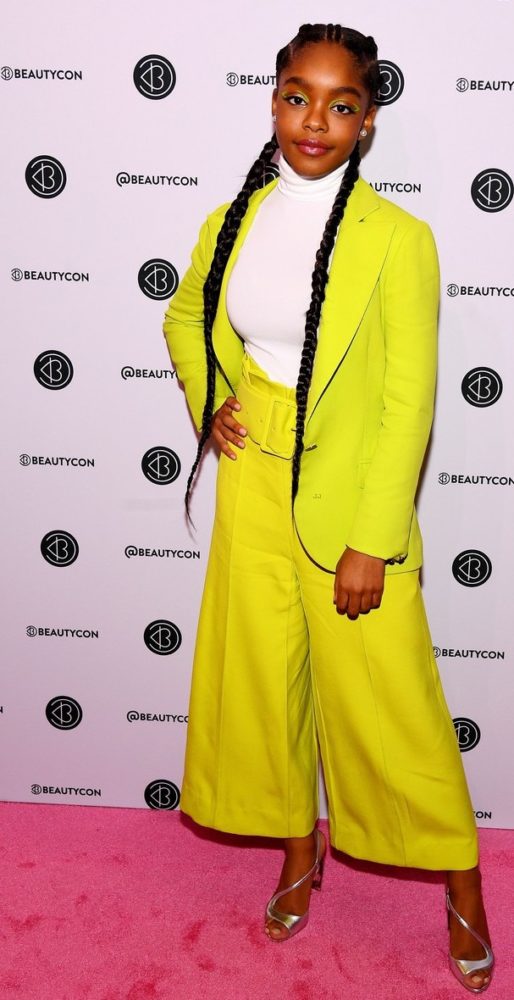 Marsai Martin in Ralph & Russo suit at Beautycon. Age ain’t nothing but a number and in the case of Marsai, the promo tour for Little movie has allowed us to really see her bloom in fashion, styled by powerhouse Jason Rembert. This color is so in for spring and even for a brand like Ralph and Russo, this look is fresh and young and perfect for instagrammable event like Beautycon.